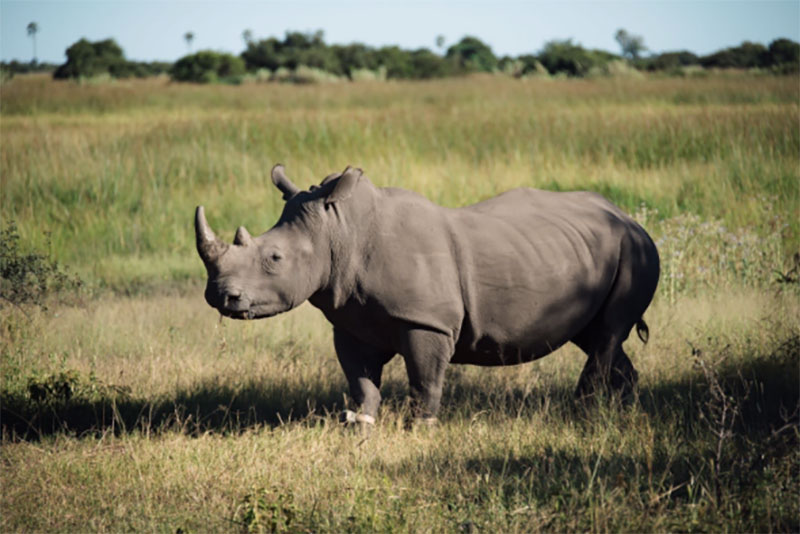 Rhinos Without Borders continues to make great strides and our major focus remains moving as many rhinos as we can from the incredible poaching that continues in South Africa to the wilderness of Botswana. Many of you have helped us generously in that effort. It feels like you have actually become our rhino angels, stepping in when called, and it is of huge significance for rhinos.

Our target is 100 rhinos and we have just moved our third batch taking us to 38. We have funding for the next batch as well and as we negotiate another large relocation of rhinos, it will take us well over the half way mark and looking down the home stretch. Well done, and thank you all, deeply. 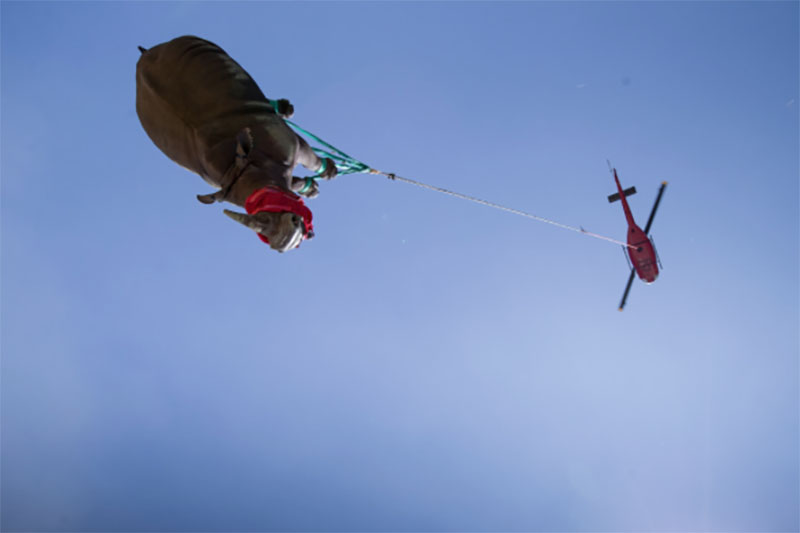 Conservation today is a collaboration and I talk about this as often as I am allowed to. It is a partnership between us at Great Plains, you who help us, governments, private industry, community partners, and all for saving this species.

The great news is that from the 38, we have already had seven calves born in Botswana, (new rhino-citizens) and I have a suspicion that at least 4 more are pregnant.

What we have done though is earn the respect and acceptance of the rhino conservation ‘industry’ and government that this ‘idea’ is actually a reality, and a positive one at that. 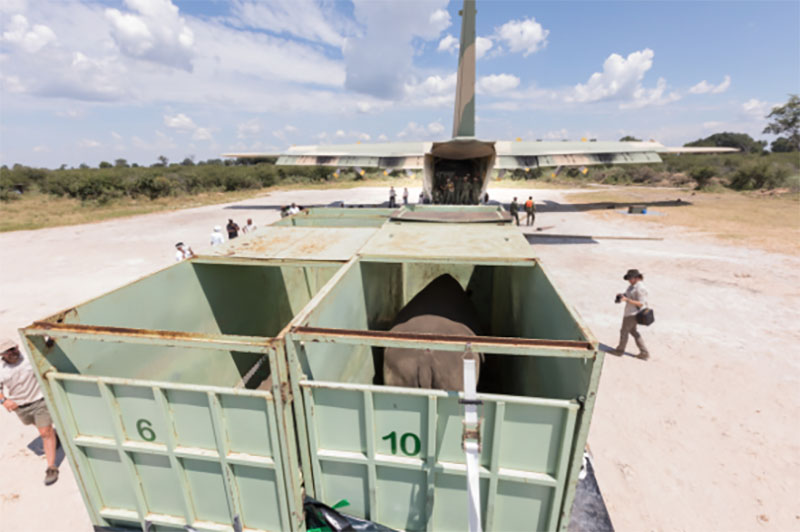 The last batch of 12 rhinos was also ground breaking in that we tried a technique that has not been used before; slinging the rhinos to their release site by helicopter. Two moments will forever be imprinted on my memory; one is as the first rhino was lifted off at the end of a long cable, suspended upside down floating across the Okavango. It was so moving that there wasn’t a dry eye anywhere around me. The other was on the other side, when we woke four rhinos up at the same time. Usually they bolt. These four woke, looked around, sniffed the fantastic Okavango grass and started feeding!

We are doing the right thing. Without our collective efforts I am convinced, that the story of the rhinos of Africa would have a very different ending. 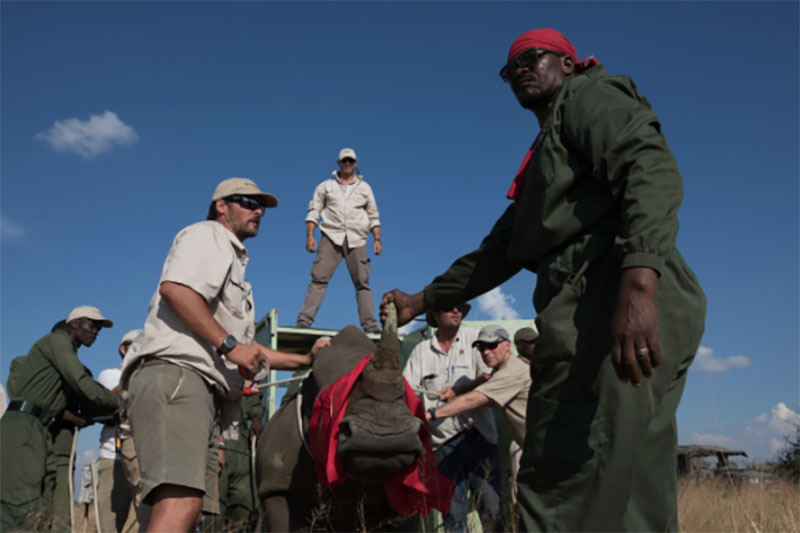 I would remiss if I did not also take this opportunity to thank everyone for the out-pouring of wishes to Beverly and to me, personally, after our attack by the buffalo that put Beverly in hospital for two months, at times critical at other times worse than critical (if you can imagine that). But we are both back on our feet, getting fit, in training for the task ahead, which is to change the world of conservation, one rhino at a time if need be.

Thank you for continued support of our conservation endeavours.