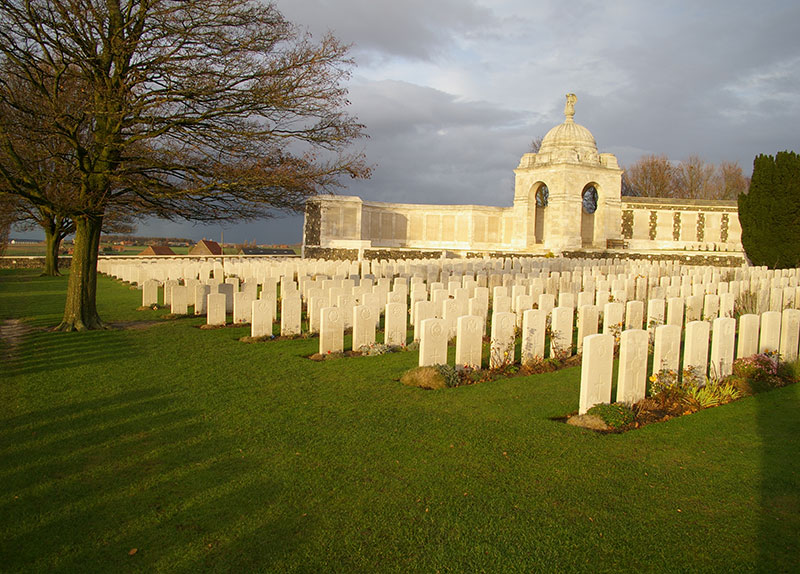 The winter of 1916-1917 was the worst in living memory. Snow blanketed the battlefields and a sub-zero wind howled across the bare, frozen landscape. The men shivered and died. The war was not against the Germans, but the freezing, bitter conditions.

With the anniversary of the Gallipoli campaign and the first horrendous battles of Fromelles and Pozières behind us, attention now turns to the battles of 1917, in particular Flers, Gueudecourt and Bullecourt on the Somme and the fighting in the Ypres salient at Messines, and from the Menin Road to Passchendaele later in the year.

Each year, more and more Australians journey to the Western Front, in particular the Australian operational areas along the Somme and around the ancient city of Ypres in southern Belgium. Many are researching their family history, perhaps visiting a grave or following in the footsteps of a relative. They seek out the battlefields and the villages, lay wreaths, cry in far-flung cemeteries and remember that terrible cost to a young nation so long ago.

While for the layman, the Western Front seems massive and confusing, the areas where the Australians fought are relatively small and contained. There are two areas you should aim to visit, with the first a triangle area in the south and along the Somme River with Amiens the western point, Péronne the eastern point and Bullecourt in the north. The second area of operations is between Messines and Ypres then northeast to Passchendaele. Just south of this area, heading back towards the Somme is Armentières and Fromelles.

Australians think their countrymen won the war, but our part and the part of other Commonwealth nations was very small. While we might suggest we ‘punched above our weight’ we were in fact late comers to the Western Front (remember we had been in Gallipoli all of 1915) and our first major engagements at Fromelles and Pozières were not until July 1916, some two years after the outbreak of war.

After Pozières, the Australian Imperial Force (AIF) was exhausted, thinned by casualties of 50 per cent. Sent to the Ypres sector in Belgium, those that were left prepared for the winter, building sturdy underground accommodation and strong defensive positions. However, they were ordered south, much to their annoyance and contempt for the British command and found themselves back on the Somme, close to Pozières in conditions, as noted by historian Charles Bean, that were “the worst ever known to the AIF”. 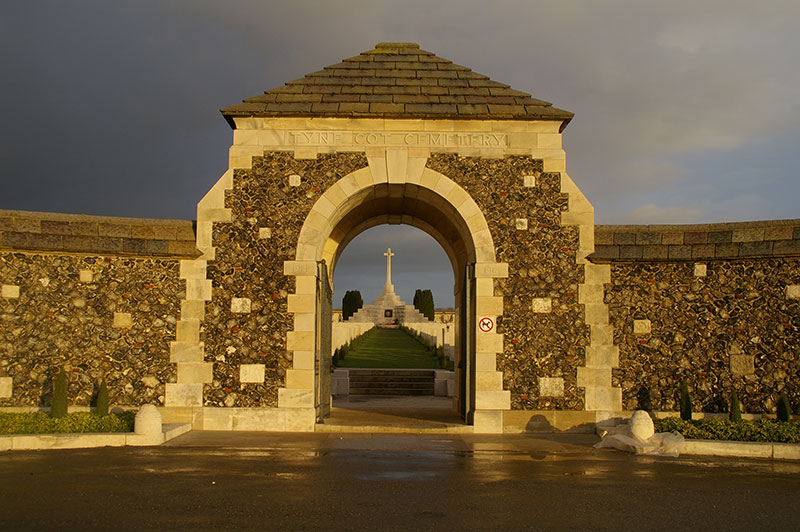 By now the winter rains had come, turning the battlefield into a quagmire. Horses sank to their bellies, men slipped and fell from the duckboard tracks and drowned in the shell holes of water and slime. Everywhere, shattered bodies of men and horses could be seen and in the smashed British tanks that first saw action just a couple of months before, the bodies of their crews still lay amongst the twisted wreckage.

In these conditions, fighting was impossible. Rifles were caked with mud and inoperable and relieving troops were utterly exhausted by the time they reached the frontline. Then the snow came, turning the battlefield white. Men now suffered in the open exposed trenches, their feet and legs became frozen sometimes requiring amputation. The suffering among the men and the draught horses was acute.

Into 1917 the suffering continued. As the snows melted, the battlefield again became a vast quagmire stretching back ten kilometres, but with spring, fighting began again. In March, the Germans pulled back to the Hindenburg line, a massive defensive line of deep trenches, impenetrable belts of barbed wire, machine guns and artillery, leaving behind the fortified villages of the ‘outpost line’.

Pushing through Bapaume and taking the outpost villages during March, the Australians launched two disastrous attacks against the Hindenburg Line at Bullecourt in April and May 1917. In 2017, an official remembrance ceremony will be conducted at Villers-Bretonneau on Anzac Day at 2pm after the Dawn Service and private visits by families and friends will continue through this commemorative period.

In early June 1917, the Australians were involved in the Battle of Messines on the French-Belgium border to the north. The Anzacs attacked at the southern end of the line and Australian tunnellers fired two massive mines at the northern end at Hill 60 (*Ed’s note: the author wrote the book Beneath Hill 60 that went on to become a major movie), part of a combined explosion of 19 mines that was so loud it was heard in London. The allies broke through, smashing the German line and opening the way for the attack, first on the Menin Road and then on the approaches to Passchendaele. These anniversaries will be remembered in September and October 2017, including the Third Battle of Ypres – 26 September, Battle of Polygon Wood, Buttes New British Cemetery.

For those thinking of touring the battlefields, I would suggest two very necessary things. First a pre-booked hire car, best taken and cheaper, from the railway station at Amiens. Rental cars ex-Charles De Gaulle Airport (CDG) attract an extra charge and while convenient, can be expensive. Instead, take the TGV from CDG to Haute Picardie and then a bus to Amiens, or get a train from Gare de Nord in Paris to Amiens. With Amiens about 120 kilometres from Paris, it is just over one hour on the train, about 20 minutes on the TGV. 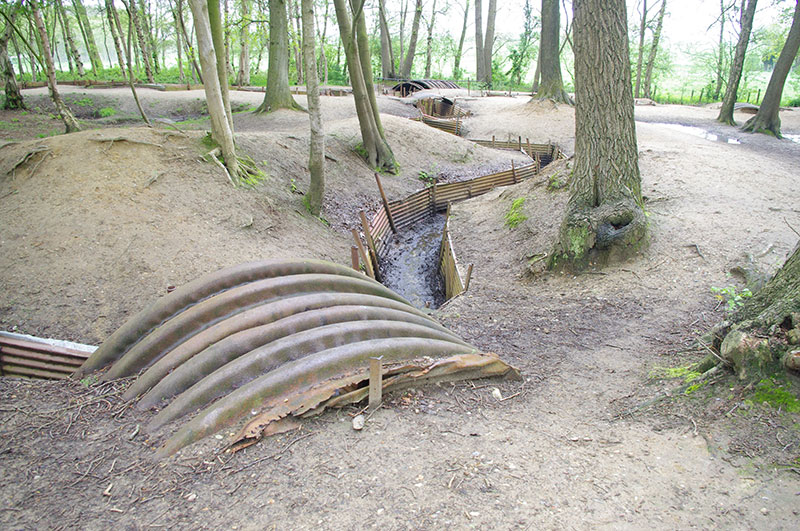 While doing a self-guided tour may be economical, an organised battlefield group tour or using a local battlefield historian will make an enormous difference to the experience and your understanding of what you are seeing. So often the black and white images of the time cloud our perception; images of churned up, cratered battlefields with shattered waggons, dead horses and the detritus of war have come down to us. Today, these same fields are verdant paddocks of wheat, sugar beet or waving yellow rape seed and show no sign of the fighting so long ago except for the beautifully tended cemeteries – the white headstones each a sad reminder of a young life long gone.

Accommodation has improved markedly over the last 10 years from international hotel chains to well-appointed and cost effective B&B’s. The major Somme touring centres are Amiens in the west and Lille in the north while in Belgium, the beautiful city of Ypres is an ideal base. Most provide breakfast, free WiFi and some a cut lunch for an extra charge should you need it. I would suggest local cheese, a fresh baguette and a bottle of wine but remember a cork screw – they do not have twist top wine caps yet.

Guided tours take between five and 10 days. Depending upon your interest, your time and budget, this is the best and most thorough way to understand this complex history. To find the special sites, trench remains and places of personal history, a local guide is necessary. Personally, I believe Australians tell their own history best, but a number of excellent British guides are available. I would avoid others, particular those claiming to be ‘true blue/fair dinkum’ etc. when they are not.

The Australian legacy in this part of the Somme is substantial. Signs in French and English proclaim “Never forget Australia” and Australians are still welcomed and respected by the French locals. At the Australian National Memorial at Villers Bretonneau, the Sir John Monash Centre is under construction while plans are advanced for the construction of the Charles Bean School in Pozières that will be a pilot program for the introduction of bilingual education across France.

So if you are thinking of visiting the Western Front, the next two years with the rolling 100th anniversaries of so many battles will be an ideal time. While April to September is warmer and more comfortable, the battlefields are under crops and less recognisable. Alternatively, visits during the colder months will not only sharpen your appreciation of the rigours that winter had on our troops, but will also expose the muddy ground, bare and foreboding. 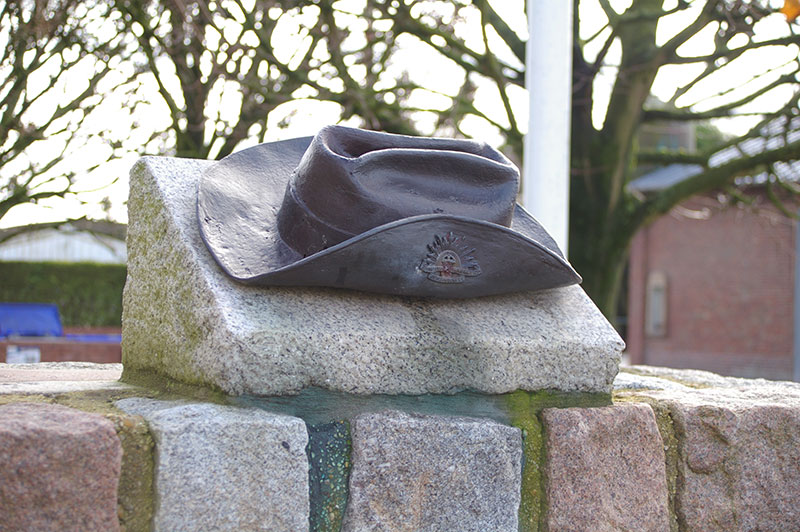 Might I suggest you read a book or two and spend some time trying to understand the history and the Australian contribution. Start with Somme Mud by a returned digger Edward Lynch or Bill Gammage’s The Broken Years. Detailed history can be researched on the Australian War Memorial site and soldier’s personal files can be seen on the National Archives of Australia site. When self-guiding, get Michelin maps 301 (Pas de Calais-Somme) and 302 (Nord) and get a copy of Peter Pedersen’s Anzacs on the Western Front.

Above all, expect an emotional journey, feel free to cry and take some gum leaves especially for those sad graves simply marked: “An Australian Soldier: Known Unto God”.

* Will Davies has written four books – Somme Mud, In the Footsteps of Private Lynch, Beneath Hill 60 (a major movie brought this to life) and The Boy Colonel on the Great War.
He is a respected historian, and is in demand as a leader of battlefield tours. willdavies.net.au •

Photography by Will Davies.

GETTING AROUND
Avis is available at Amiens station with a good range of cars. avis.com.au

TOURS
• Sacred Ground Tours, owned and operated by Australians, specialises in one-, two- or three-day Western Front battlefield tours for singles, couples and small groups.  sacredgroundtours.com.au; sacredgroundtours.co.nz
• Back-Roads Touring has several battlefield tours to bring these important sites to life. backroadstouring.com
• Memorial Museum Passchendaele: passchendaele.be/en
• On 26 September 2017, the Australian Government will conduct a National Commemorative service at Buttes New British Cemetery at Polygon Wood in Belgium. This service will commemorate the centenary of many battles within the region, which are collectively referred to as the Third Battle of Ypres. anzaccentenary.gov.au