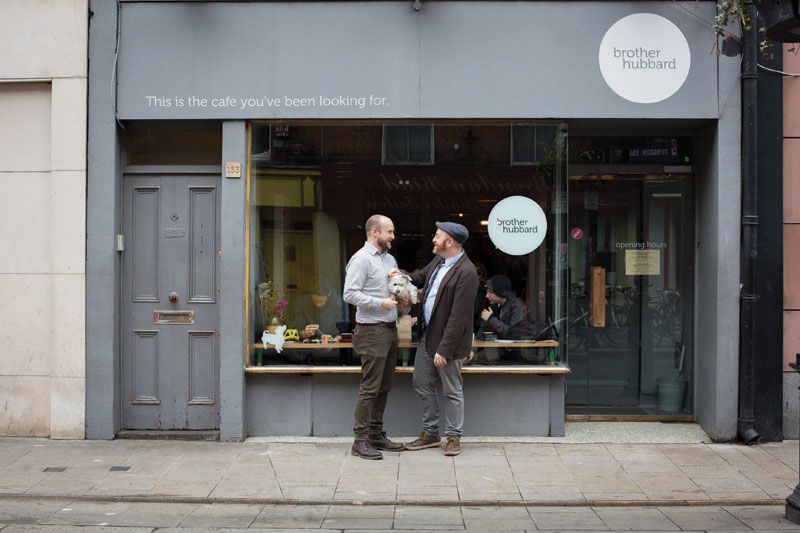 James Joyce famously boasted that if Dublin city “suddenly disappeared from the earth” it could be reconstructed based on the meticulous depictions in his modernist masterpiece, Ulysses.

Joyce’s Dublin was a drinker’s paradise, as testified by just how many public houses that his protagonist Leopold Bloom passes, name-checks or frequents during one fictionalised day – 16th June, 1904. But if Joyce were to write Ulysses now, he’d want to swap out some of those pubs to reflect the many restaurants and cafés that jostle for Dubliners’ patronage today.

The Liffeyside city’s famous drinking culture hasn’t disappeared but it has evolved, and it has made room for an energetic new dining culture to emerge. 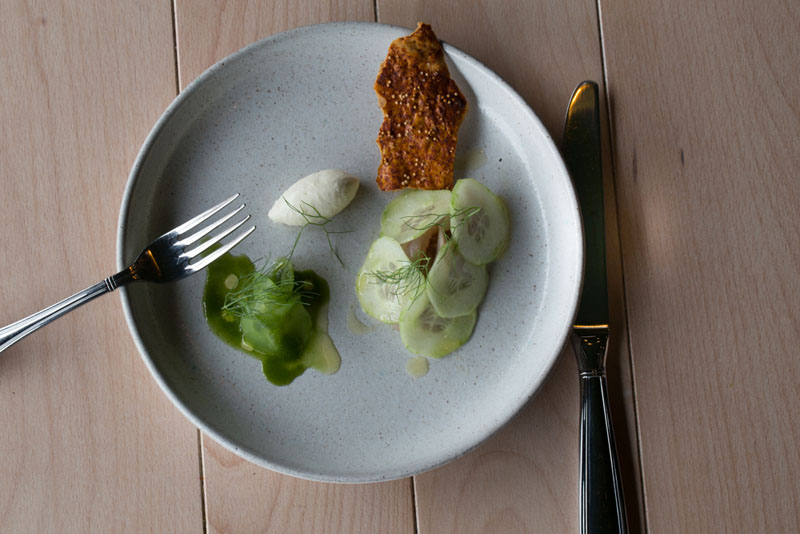 Bloom was a man of robust appetites, who relished tangy kidneys for breakfast and gorgonzola sandwiches for lunch (the latter still served in his honour in Davy Byrne’s pub where Joyce was a regular). Today’s Dubliners are an equally omnivorous bunch, but they now enjoy a far greater choice of eateries in which to sate their appetites, from luxurious gastro-temples to street food park-ups.

“Dublin’s restaurant scene has really evolved so much in the last five years,” says celebrated chef Barry Fitzgerald of Bastible, one of what he describes as the “owner-run, casual restaurants with carefully considered food and wine dotted across the city”.

As an island people with a strong tradition of globetrotting, the Irish have always been curious of what lies beyond their shores. Like many ambitious young chefs, Fitzgerald spent time overseas learning his craft before returning to Ireland with a newfound appreciation for this green isle’s excellent food produce, which he likes to let speak for itself in dishes like cured organic Irish salmon with turnip, buttermilk and dill. “Great Irish food isn’t too flashy,” he says. “It wouldn’t reflect our personalities well if it was.” 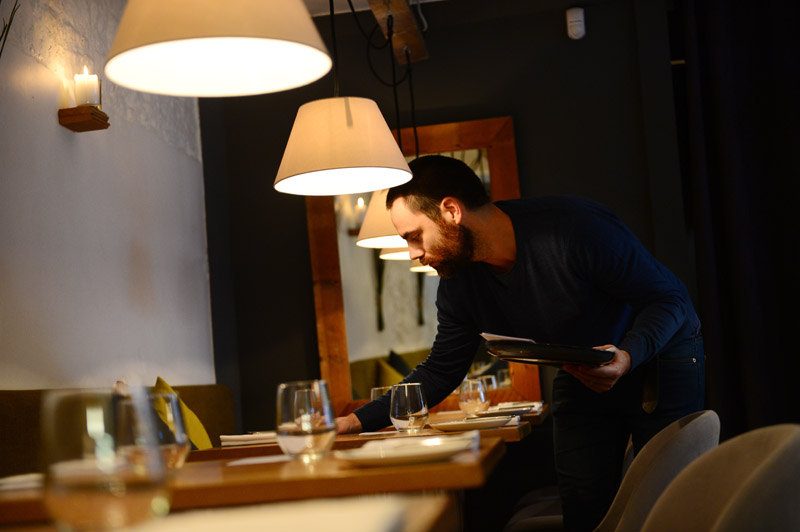 Removed from the tourist trails of Georgian Dublin or Temple Bar, these modern food meccas often neighbour some great local pubs. Across the road from Bastible, The Headline Bar carries one of the city’s best draught selections of Irish craft beers.

Further down what poet Paddy Kavanagh called the “stilly greeny waters” of the Grand Canal, the upper shelves of the wood-panelled bar of O’Brien’s of Leeson Street invite exploration of the current renaissance in Irish whiskey. Around the corner, chef Ciaran Sweeney has garnered acclaim for neighbourhood ‘wine room and kitchen’, Forest & Marcy, with modern Irish snacks like his fermented potato bread, bacon mousseline and cabbage relish.

Some of the city’s pubs have become culinary destinations in their own right. Across town, L Mulligan Grocer in Stoneybatter was one of the first to replace Guinness taps with indie brews, and to pair these with a menu that celebrated small artisanal food producers. Nearby in The Cobblestones, traditional music played is for its own sake and not for the tourists. 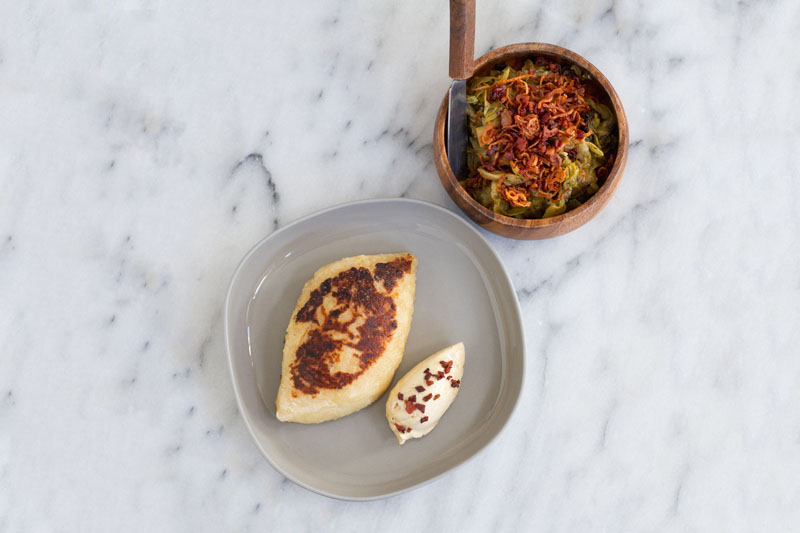 Down the Liffey by the elegant Georgian-built Four Courts buildings, The Legal Eagle pub has recently re-opened as the latest offering from restaurateur Elaine Murphy and chef Ian Connolly, a pair of trailblazers helping to redefine Irish food. Murphy and Connolly’s collaborations include The Winding Stair with its Ha’Penny Bridge views and The Woollen Mills where a young Joyce worked several lifetimes ago. At their new gastropub, nose-to-tail and root-to-leaf treatments of local meat and vegetables sit alongside innovative Irish potato flatbreads with varied toppings. (“Think smoked haddock brandade, fennel and duck egg,” says Murphy. “Think bacon, cabbage and parsley sauce.”)

Around the corner, Capel Street is fast developing one of Dublin’s most eclectic food offerings. “We love the personality of the street,” says Garrett Fitzgerald, who runs Brother Hubbard cafe with his partner James Boland. “Full primarily of owner-run businesses, it retains a very independent spirit.” 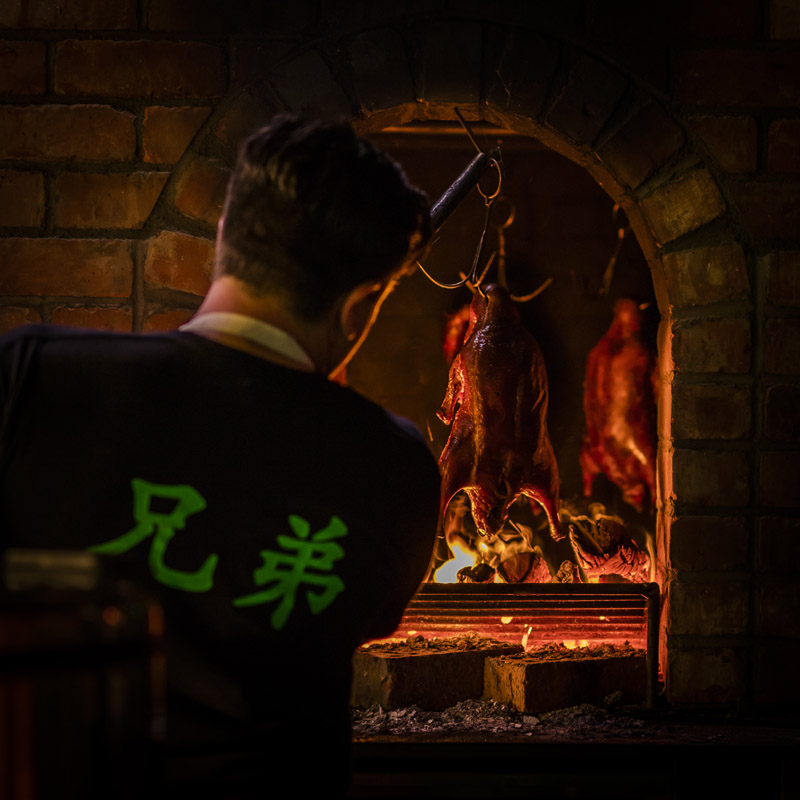 This colourful diversity wasn’t always a given. Back in 2006, UK celebrity chef Gary Rhodes opened a 300-seater restaurant just off Capel Street that typified a breed of over-priced restaurants primed to mop up the easy money swilling around the Celtic Tiger capital. When these purveyors of mediocrity became the gastronomic casualties of the recession, their closures made way for a rise in value-focused casual dining gems like Brother Hubbard. A decade on, Fitzgerald and Boland’s cafe is extending into that same 300-seater space, which has lain dormant since the departure of Rhodes.

The pair initially took inspiration from the owner-operated cafe culture of Melbourne, where they worked for a year, as well as from their travels in the Middle East. But today they are just as inspired by the vibrancy of the contemporary Irish food scene. “I love the re-embracing of traditional foods, techniques and ingredients,” Fitzgerald says. “We’ve seen it with the rediscovery and innovation taking place within our cheese-making traditions, craft beer, bread, butchery and so much more. We are honouring our traditions while also innovating and pushing the limits. It is a very exciting time to be involved in food.”

That excitement finds diverse expression throughout the city. The best fine-dining destinations survived the recession, places like the Michelin-starred Chapter One where poetic dishes like ‘Flavours and textures of Irish milk and honey’ are deserving of the restaurant’s literary setting under the Dublin Writers Museum. But even at Michelin-starred level, there has been a shift toward the relaxed informality so natural to the Irish – and indeed Australians. 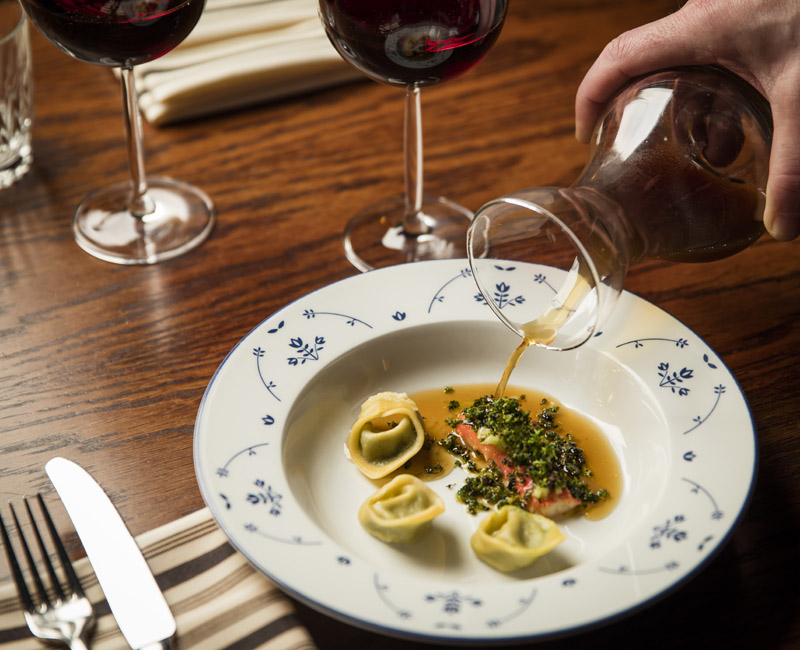 Last year, Australian chef Damien Grey made quite the stir when his 24-seater restaurant, co-owned with Irish sommelier Andrew Heron, won a Michelin star within 10 months of opening in a flea-market in the coastal village of Blackrock. While it’s not self-consciously Irish, Grey describes his food at Heron & Grey as “a reflection of what’s happening in Ireland: which is food that is progressive, challenging, adventurous, experimental at times but, at the end of the day, also comforting”.

But it’s not all frill-free settings, with a recent upsurge in dining rooms to get glammed up for. Places like the Manhattan-inspired Luna, where the waiters are dressed by the city’s top tailor. Or Hang Dai where West Cork duck is transformed in an applewood-fired oven purpose-built after a recce trip to Beijing and served in a racy room inspired by Blade Runner. Or the zany Alice’s Beach-Hut in Wonderland setting of Urchin, an upbeat bar serving cracking cocktails and creative small bites like the signature ‘edible cocktail’ of Irish sea urchin.

Whatever your particular appetite, you certainly won’t go hungry in Dublin, a city where the famed hospitality of its public houses is now matched and complemented by the creativity and energy of a vibrant restaurant scene. • 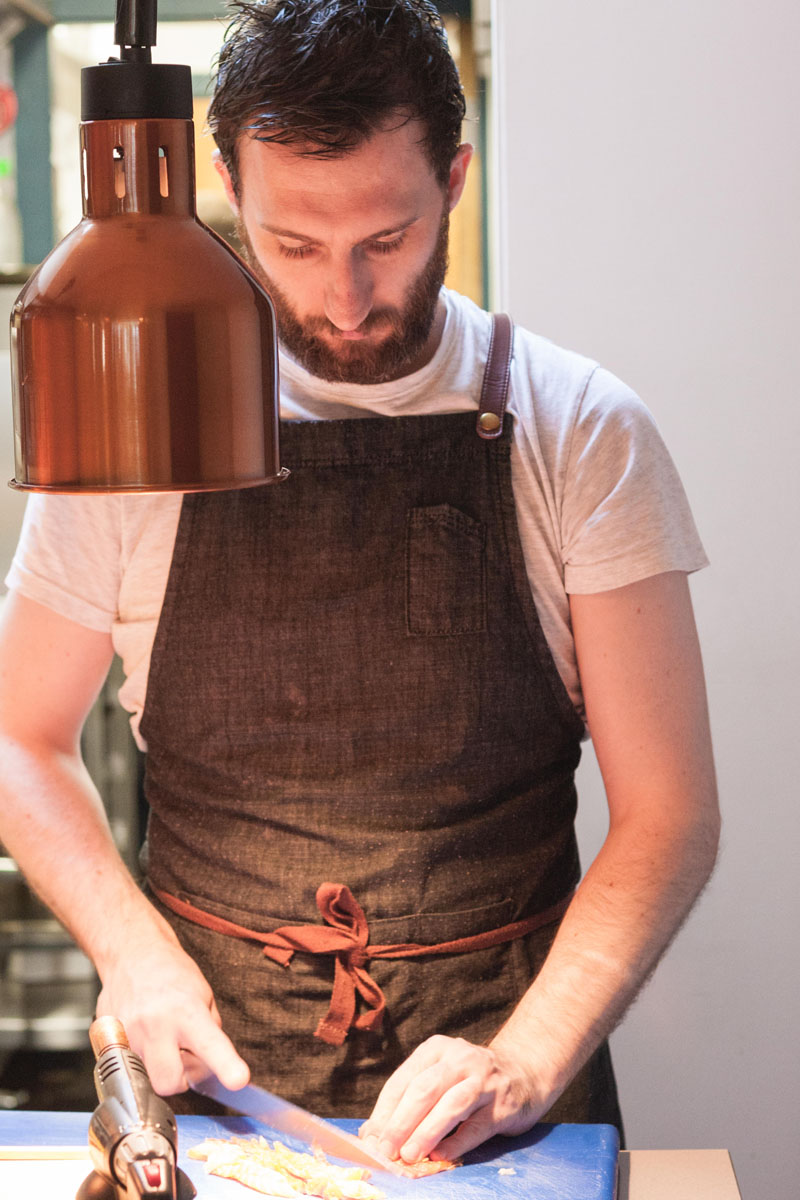 Fly direct from Sydney, Brisbane, Melbourne or Perth to Dublin via Dubai with Qantas/Emirates or via Abu Dhabi with Etihad/Virgin Australia.
• emirates.com; qantas.com; etihad.com; virginaustralia.com

When to go
Each season has its own charm – summer sees Dubliners spill onto the terraces at any opportunity, autumn offers some great cultural festivals, winter is an excuse to cosy up with rib-sticking food and spring sees a grand stretch come back into the evenings. Although It’s worth noting that Dublin can, and often does, enjoy four seasons in a day, so it hardly matters when you visit.

Getting around
Dublin is really a glorified village, as any native can tell you, so walking is the best way to experience its compact city centre, aided by short hops on the LUAS (tram), spins on a rented Dublin Bike or cab trips for rainy days (download the MyTaxi app or just hail one on the street). A day-trip on the DART (light rail) to a coastal suburb is a must-do for the bay views.

Where to stay
• The Westbury Hotel is well-placed for high-street, designer and boutique shopping, and its recently refurbed Wilde Restaurant is the perfect place to show off your new threads. doylecollection.com
• The Cliff Townhouse offers well-priced bed and breakfast deals in one of Georgian Dublin’s most central addresses, with a smart in-house restaurant and Urchin bar. clifftownhouse.ie
• L Mulligan Grocer; rent the homely apartment above their gastropub in Stoneybatter, a neighbourhood described as Dublin’s Williamsburg. lmulligangrocer.com