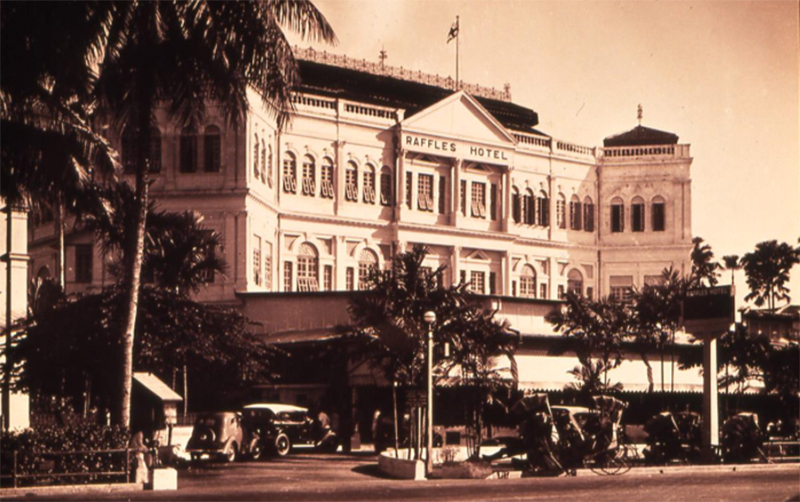 The famous Raffles Hotel Singapore is celebrating its 130th anniversary this year and is inviting local and international visitors to join in the celebrations to mark the milestone event.

Since opening its doors of its ornate wrought-iron portico in 1887, this luxurious five-star hotel has become an iconic destination for discerning travellers, celebrities, and esteemed dignitaries, blending timeless luxury, history and colonial memories, perfectly capturing the romance of the Far East.

In addition to a range of festivities taking place throughout the year, the hotel will host a series of events as well as offer a range of exciting stay packages and dining experiences, encouraging guests to create their own special memories as they celebrate and reflect on the heritage and splendor of the iconic location.

“From enjoying a staycation, to dining at our world-renowned restaurants and bars, there will be many opportunities for our guests to celebrate our 130th anniversary with us and it is our wish that they all rediscover what makes this hotel so special,” Raffles Hotel Singapore general manager Simon Hirst says.

From February to August 2017, guests can follow in the footsteps of numerous luminaries in the Raffles Walk of Fame History Tour. Led by guides from the Preservation of Sites and Monuments Division of the National Heritage Board, the 45-minute tour will explore the hotel and offer a rare glimpse of its many famous guests, as well as highlight locations where films such as Pretty Polly and Hawaii Five-O were shot.

From now until 31st August, there is even more reason to stay at the iconic property with the 130th Anniversary Vacation Package, which includes welcome Singapore Slings upon arrival, a history tour with the resident historian, complimentary WiFi and 24-hour Raffles Butler service. In addition, guests have the opportunity to upgrade their experience with a choice exclusive perks such as lunch, afternoon tea or dinner for two, a half-hour pamper treatment, late check-out, and more.

A grand 130th Anniversary Gala will also take place in the third quarter of 2017 as the hotel celebrates its birthday in style, where guests can expect a night of glitz and glamour, complete with entertaining performances, champagne and a sumptuous dinner.

Declared a National Monument in 1987, Raffles Hotel Singapore has moved with the times while perfectly preserving its classic colonial architecture. This year, the hotel will embark on a sensitive restoration, which will take a phased approach and be completed in middle of 2018. Facilities, spaces and experiences within the hotel will be reimagined to meet the changing needs of the modern traveller, but its heritage and classic charm will always remain.