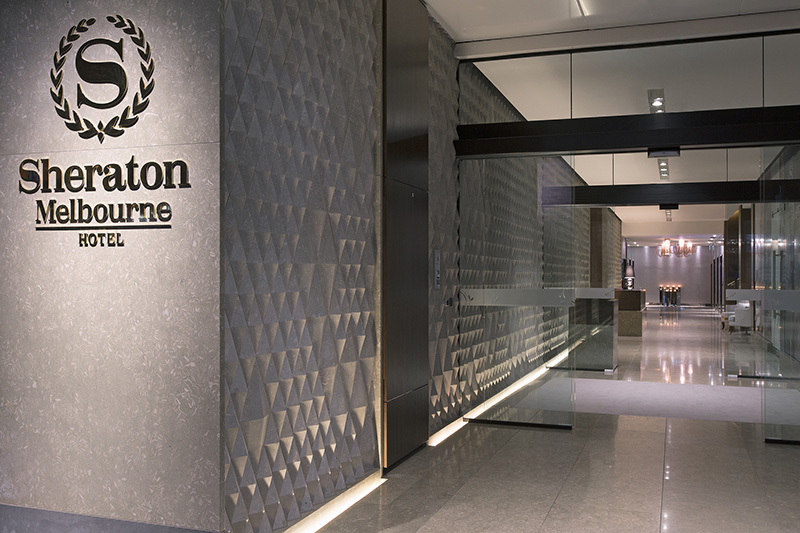 Sheraton Melbourne joins a growing list of notable establishments managed by Dhiafatina Hotels, including the Sheraton Skyline Hotel at London’s Heathrow Airport, The Novotel Edinburgh Park in Edinburgh Scotland, and the Oryx Rotana Hotel in Doha.

“Melbourne is an incredibly important destination on the Qatar Airways network, so much so that last year we began flying our state-of-the-art Airbus A380 aircraft to Melbourne.”

Its 174 luxurious rooms and suites make it perfect for guests wanting a city break or business travellers attending events in Melbourne.

The hotel features the Little Collins Street Restaurant with its signature seafood buffet and high tea, as well as the East Restaurant on the ground floor.

Ideal for both business and leisure travellers, the hotel features a spa which has five treatment rooms, an indoor lap pool, and a fitness centre, in addition to an entire floor dedicated to meetings and events.

Qatar Airways introduced its Airbus A380 on the Melbourne route in June 2017, increasing the airline’s daily capacity on the Doha-Melbourne route by 44 percent.