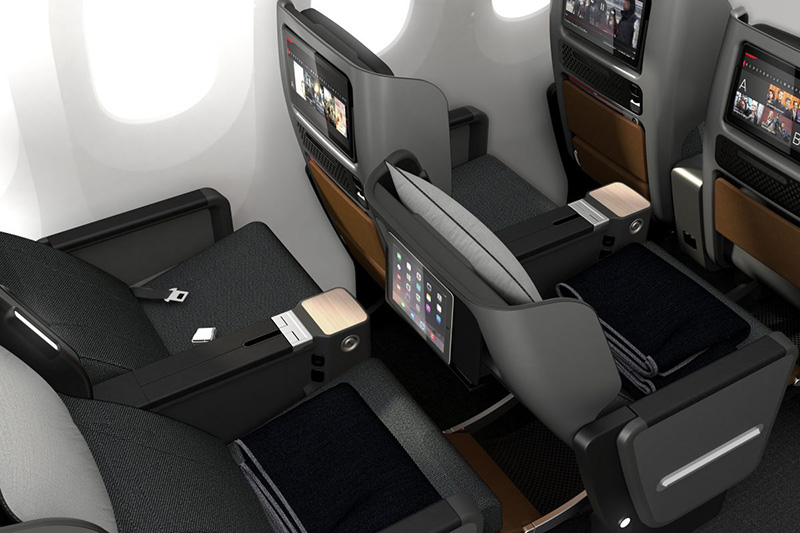 Qantas has a new Premium Economy seat, which will debut on the airline’s Boeing 787-9 Dreamliners from October.

The next generation seat is wider, has more functional space and has a unique reclining motion for more comfort. When it reclines, sections of the seat shift to support your body, making it much more relaxing.

There will be a separate Premium Economy cabin with 28 seats, configured in a two-three-two layout to improve aisle access for middle passengers, plus there will be five storage compartments and two USB charge points per seat, and the entertainment screens are 25 per cent bigger.

The Qantas Dreamliner will seat 236 passengers across Business, Premium Economy and Economy.