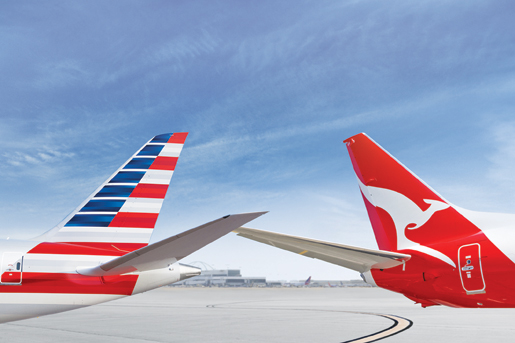 Qantas will once again fly from Sydney to the Golden Gate city, beginning 20 December, 2015. Services will initially operate on peak days and will increase to six per week in January 2016 using its newer Boeing 747-400 aircraft that have the same style interiors as the A380. Qantas’ flights to San Francisco are made possible by American Airlines starting a direct daily Sydney to Los Angeles service from 19 December 2015. This will replace four Qantas’ B747 Sydney to Los Angeles services per week and one Qantas B747 Melbourne to Los Angeles service per week. American Airlines’ Trans-Pacific flights will be operated by its new B777-300ER featuring lie-flat seats in First and Business. The enhanced relationship also provides opportunities for future growth into trans-Pacific markets not currently served by either airline, such as New Zealand.