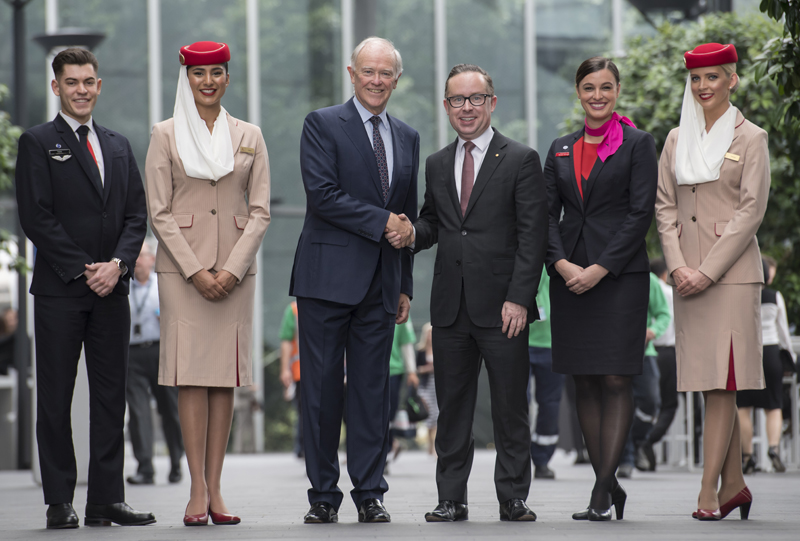 Qantas and Emirates have announced network changes under a joint partnership which provides greater flight frequency worldwide and more services between Australia and New Zealand.

These changes reflect customer demands by providing more options for travel between Australia and New Zealand to Asia, Europe, Middle East and Africa.

The latest changes include an extension of the airlines’ partnership until 2023.

“Reauthorisation of the partnership will allow us to leverage our combined network strengths to offer customers even more flight choices and reciprocal benefits for our millions of frequent flyer members,” Emirates Airline president Sir Tim Clark says.

From March 2018, Emirates will stop flying from Melbourne and Brisbane to Auckland, to focus on its non-stop Auckland-Dubai service. Emirates flights from Dubai to Christchurch via Sydney will remain.

The changes also allow Emirates to spread departure times throughout the day, offering customers more choice when connecting from Australia to Europe, the Middle East and North Africa.