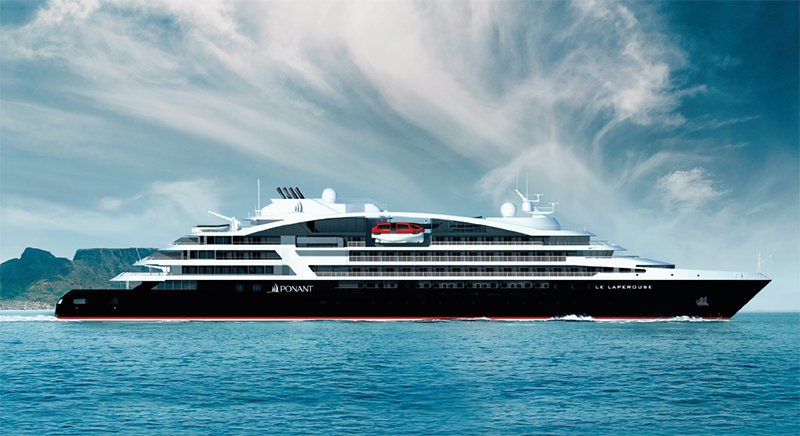 Featuring state-of-the-art technology, the underwater passenger lounge was designed by architect Jacques Rougerie to enable guests to perceive and feel the underwater world.

“I have always had my heart set on making people aware of the role that the sea has played in the history of humanity and I designed Blue Eye in order for it to become enshrined at the heart of the PONANT philosophy,” Rougerie says.

Located within the hull beneath the water, the facility features three innovative concepts which come together to create the ultimate underwater multi-sensory experience for guests onboard. 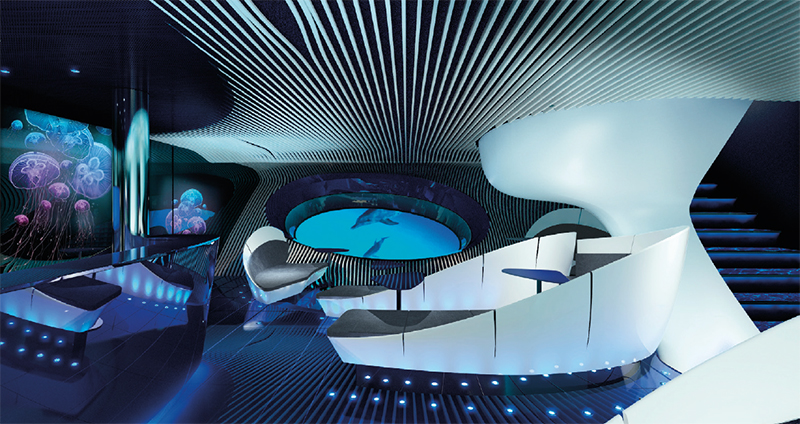 Inspired by his observations of nature, Rougerie’s lounge design features graphical references evoke cetaceans and jellyfish, with the focus drawn to two portholes shaped like the eye of a cetacean, looking out to the subaquatic world.

There are also integrated digital screens which project the images filmed live by three underwater cameras, strategically placed to witness marine life, such as dolphins swimming in the bow waves.

Hydrophones are integrated beneath the keel, capturing the natural sounds of the ocean across a five-kilometre radius and transmitting them live into the lounge, offering total acoustic immersion. The experience is heightened with the ‘Body Listening’ sofas, which discreetly vibrate in unison with the sounds, affording guests a truly immersive sound experience.

Finally, the non-intrusive underwater projectors enable the observation of the seabed and photo-luminescent organisms from the Blue Eye lounges as well as from the outside decks, balconies and the marina, without any risk to the marine biosphere. 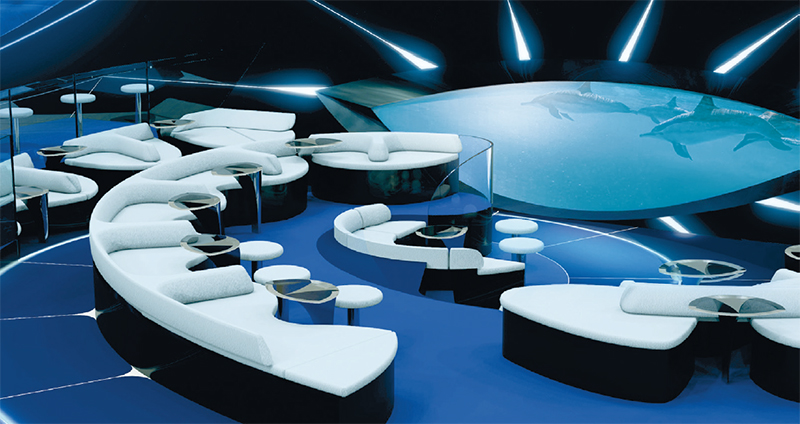 “This state-of-the-art technology developed with PONANT allows guests to become modern-day explorers, following in the wake of Jules Verne, Jacques-Yves Cousteau and the great adventurers, and for the first time in the world, the public, during a cruise, will be able to ‘feel’ and be at the heart of an underwater world – they will use all of their senses.”

The new-generation ships are especially designed explore the most inaccessible sites where other ships do not go, and feature limited guest capacity with just 92 cabins, sleek design, cutting-edge technology, and are environmentally respectful, having been awarded the “Cleanship” label.

Paying tribute to the great French explorers, Le Laperouse and Le Champlain will join the fleet in 2018, followed by Le Bougainville and Le Dumont-d’Urville in 2019.