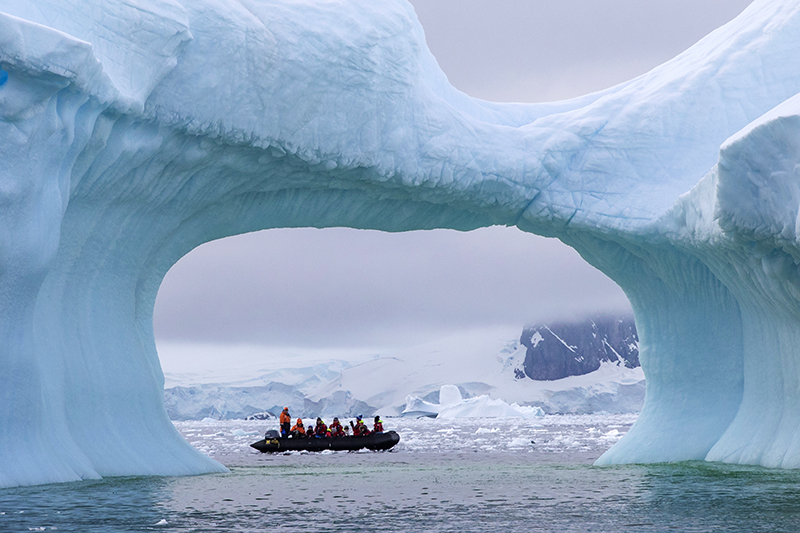 Ice and isolation. Mystique and magnificence. The polar regions are precious sentinels to the fragility of our world. However, they’re also exactly what maps show – absolute opposites. Antarctica is a continent surrounded by sea and the Arctic is a sea surrounded by continents. And it doesn’t stop there. From the weather to wildlife, landscape to culture, each area is as different as the call of a hungry penguin chick.

History shows the lure of travelling beyond the brink to interact with these last frontiers, truly wild places on the planet that have always attracted the curious and adventurous. As French polar scientist Jean-Baptiste Charcot wrote in 1905, “Why are we so susceptible to the charm of these landscapes when they are so empty and terrifying?” The pull of the poles will always be there and, in today’s world, it’s never been easier to immerse yourself in the Arctic or Antarctic. Either way, prepare for a sensory overload as the frozen world casts a spell over you and captures your heart. 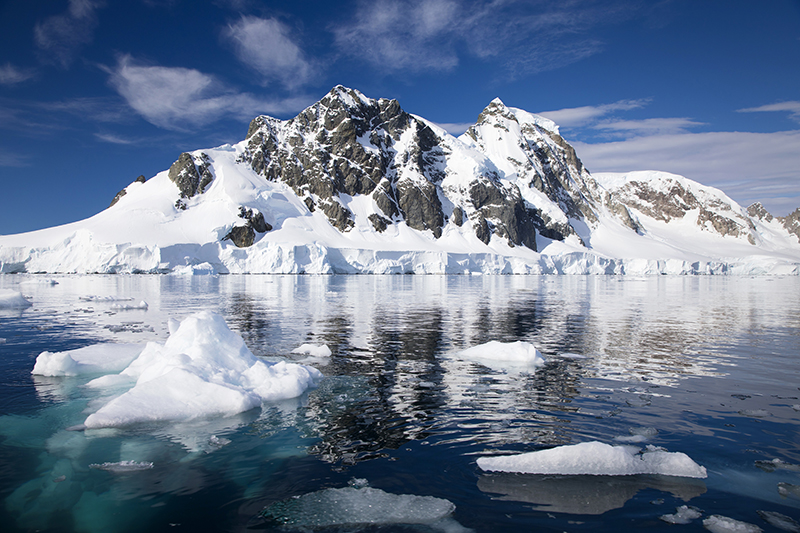 Unfortunately, there’s no magical train ride. Cruises to Antarctica usually leave from South America and involve crossing the notorious stretch of water known as The Drake Passage. But don’t let this commute put you off; the anticipation is definitely the worst part. Whether it’s a Drake Lake or Drake Shake (and usually it’s in-between), the two days will flash by in a blur of albatross wings as you enjoy presentations by scientists, iceberg spotting and bouts of breathing in the freshest of air. The bonus of an Antarctic cruise is that, once you’re there, it’s typically smooth sailing. The time spent travelling to the Arctic is far less, as there are a range of entry points across North America and Europe. Although cruising is a popular way to experience the Arctic, there are plenty of alternatives for landlubbers such as dogsledding across the tundra or sleeping in an igloo under the Aurora Borealis.

March of the wildlife
Polar bears and penguins – “never the twain shall meet”. It’s a fact that is often misconceived, but the two polar icons have never, nor will ever, share the same ice. Although it’s tricky to guarantee wildlife sightings, it would be pretty nigh impossible to go to Antarctica and not see penguins en masse. Cute, comical and clever, the darlings of the south provide a constant floor show as they slip, slide, waddle and dive the white wonderland dressed in feathered tuxedoes. 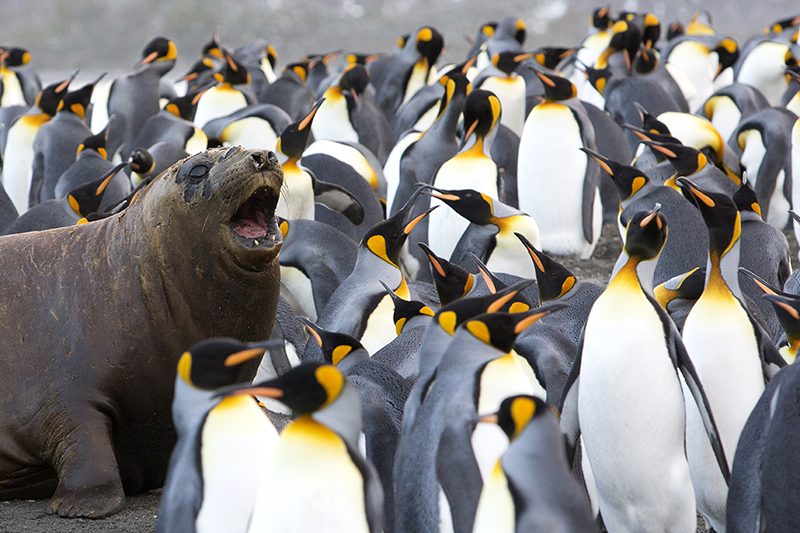 Conversely, the Arctic is home to more species, but they’re elusive. To catch even a glimpse of the world’s largest land carnivore is spine-tingling stuff. Svalbard, the Norwegian archipelago inside the Arctic Circle, is one of the best places to take an expedition cruise in search of the “Lord of the Arctic” (aka polar bears), with about 3000 of the large white Arctic bears lording over the environment and preying on ringed, bearded, hooded and harp seals. 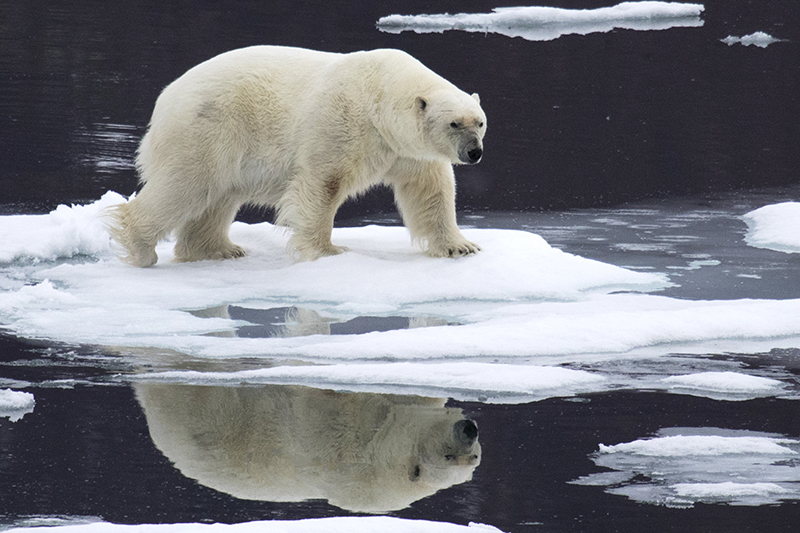 Walruses are the social butterflies of the Arctic and therefore easier to spot as they huddle up together along shorelines gently poking each other with their long, elegant tusks. If you’re lucky, you may also encounter narwhals, belugas, Arctic foxes and reindeer.

Blue whales are one super big thing the two regions have in common and you have an even chance – in both the Arctic and Antarctica – of sharing space with the largest animal ever known to live on Earth. 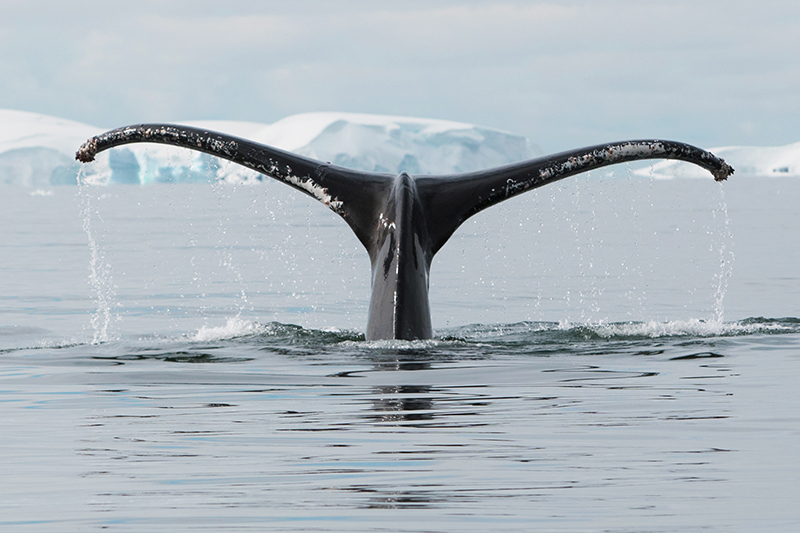 Ice trek
Prepare to be mesmerised at both polar regions, which are like stepping onto a film set. Even if you’ve seen a million photos, the sheer beauty is overwhelming. Ice is dynamic, moving, crackling, splintering, popping, swooshing: from the boom of ‘white thunder’ as a glacier calves icebergs and sends crystalline shards of ice sparkling into a cloud of whiteness to the silence inside nature’s towering translucent cathedrals featuring delicately sculptured archways, staircases and columns.

Words like brash, fast, frazil, pancake, slush, growlers, bergy bits and floebergs are technical speak for the different types of ice you’ll ooh and aah over. Most of the world’s ice is in Antarctica, but the Arctic ice is thicker so you’re more likely to feel and hear the ship crashing through large ice panhandles cracking like eggshells in a chain reaction. 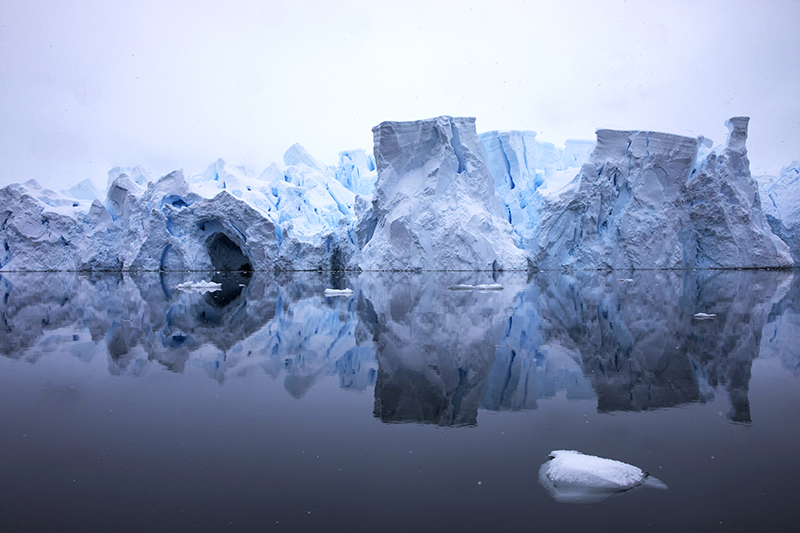 Happy feet
It’s easy to pack for a polar expedition. Cold, colder or coldest – take your pick and take layers. Many operators either supply or rent outer layers and rubber boots, which makes a huge difference not only by saving luggage space, but knowing they’re made for the conditions. The first layer (thermal long johns and base top) is the most important so it’s worth investing in lightweight merino wool that wicks away perspiration. Fleeces and down jackets act as mid layers and you’ll need gloves (or mittens), a neck gaiter, sunglasses (or goggles). The old adage “when your feet are cold cover your head” is true, but you also want happy feet. Taking inner soles and quality woollen socks will help keep your toes cosy.

For the record, the Arctic wins out for being warmer: under the Arctic ice is an ocean that helps heat the air; under the Antarctic ice and snow is mountainous land. 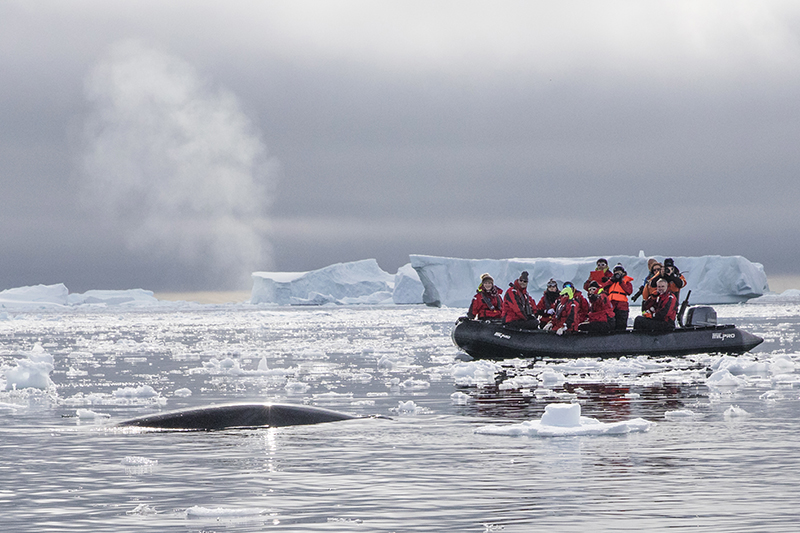 Cultural encounters of a polar kind
Antarctica belongs to everyone and no-one. No history of an indigenous population has ever been discovered in the region. Around 3500 to 5000 scientists and support staff live in research stations over the summer, with a handful of hardy types bunkering down for winter. The number of tourists fluctuates each year with about 35,000 expected in the 2017/18 season.

If you’re a history buff, pick a cruise that includes the subantarctic island of South Georgia. Not only will the former British whaling station add at least 100,000 penguin sightings to your tally, you’ll also walk in the footsteps of Sir Ernest Shackleton (including a visit to his grave in Grytviken). To relive one of the greatest survival stories ever told is a humbling reminder of the motto he lived by – ‘Fortitudine Vincimus’ (By endurance we conquer). 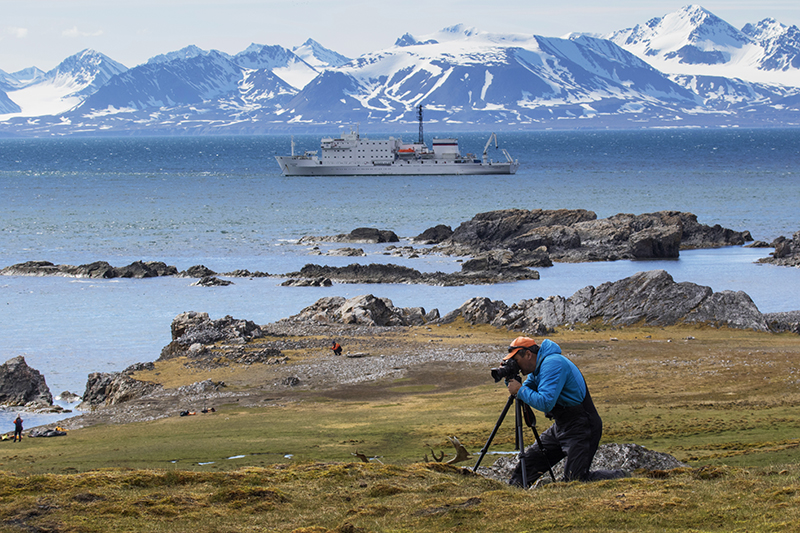 In contrast, history and culture is all around you in the Arctic. With a population of about 4 million people spanning eight countries living inside the Arctic Circle, it’s estimated about 10 per cent are indigenous peoples covering more than 40 different groups dating back thousands of years. Immersing in the rich culture and traditions of indigenous groups such as the Sami, Yupik, Inuit and Inupiat adds another dimension to interacting with the beautiful yet harsh environment.

Both polar regions have an abundance of natural resources. Being a landmass, the Antarctic has minerals such as gold, silver, platinum and iron. Fortunately, the Antarctic Treaty System (ATS) protects the area and states: “Antarctica shall be used for peaceful purposes only.” The Arctic is not as lucky with its large oil deposits under the ice making the area an environmental and political hot spot. 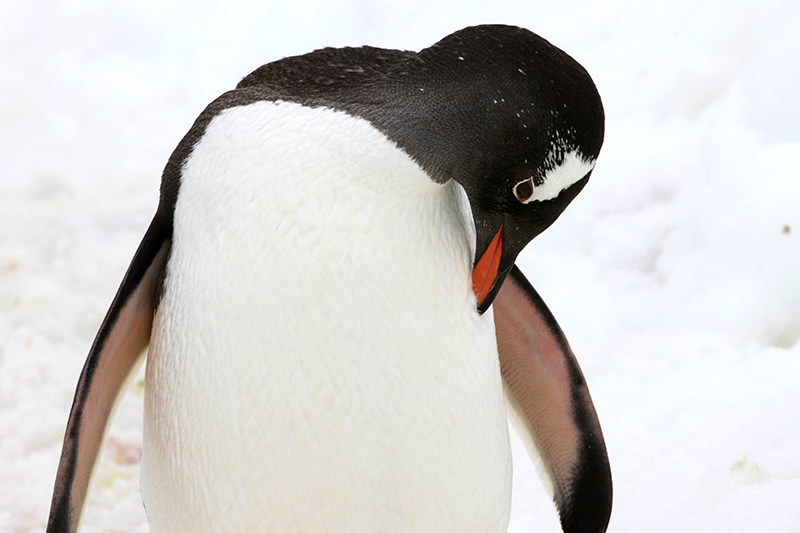 For tourism, a shining light in the form of the soon-to-be introduced Polar Code developed by the International Maritime Organization will see stricter regulations relating to the certification of polar class cruise ships travelling in both the Arctic and Antarctic. Both areas are vulnerable and visiting them is life-changing. But it’s by visiting and treading lightly in these surreal, otherworldly places that we become ambassadors, understanding the compelling argument for their protection.