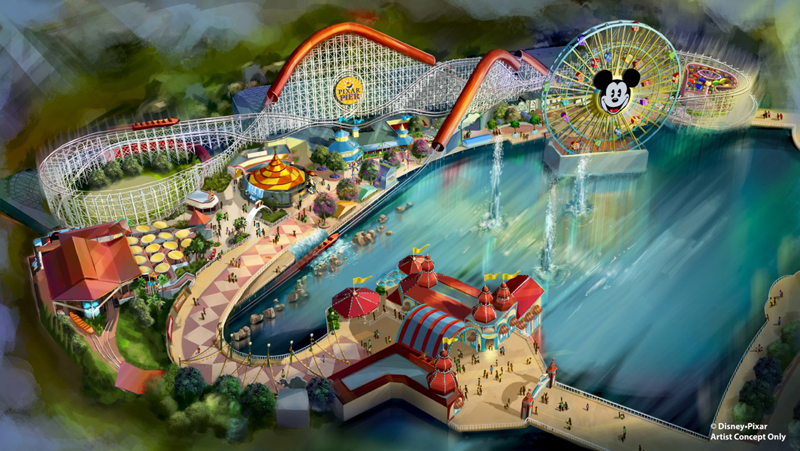 Following the transformation of  Paradise Pier with Pixar stories and characters, Disneyland Resort will extend the entertainment with the thrilling new Incredicoaster and four new imaginative neighbourhoods.

The first neighbourhood is inspired by Disney·Pixar’s “The Incredibles” which will be the first to open in summer 2018 featuring the Incredicoaster permanently changing the attraction that is now California Screamin’.

A fourth new neighbourhood will celebrate a collection of guest-favourite Pixar stories. Mickey’s Fun Wheel will be themed with a new look and each of the 24 gondolas will showcase a different Pixar character. The iconic face of Mickey Mouse will continue to beam happiness across the Paradise Bay side of the wheel.

Ariel’s Grotto restaurant and the Cove Bar will be transformed into a Pixar-themed lounge offering sparkling views of Paradise Bay and the new Pixar Pier.

The opening of Pixar Pier will add to the fun of Pixar Fest, a celebration of friendship that begins 13 April 2018.

Pixar Fest will include the new fireworks show, “Together Forever – A Pixar Night-time Spectacular,” the return of “Pixar Play Parade,” appearing for the first time at Disneyland Park, the return of “Paint the Night,” performing this time at Disney California Adventure Park, and new elements added to each of those parades.