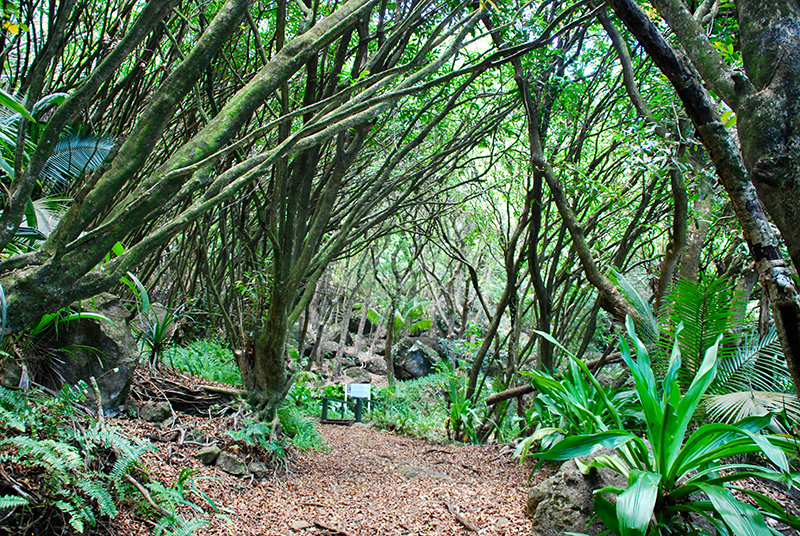 Dawn breaks on an endless sea and sky. On the ship’s bridge, expectation hangs heavily in the morning air as we wait to sight our landfall, one of the most remote islands on Earth.

A smudge on the horizon, and then Pitcairn Island rears from the ocean, stark and rugged. And we feel, perhaps, just a little of the elation that a group of vagabond English sailors felt centuries before when they too first saw the rocky outcrop that would become home for generations of their descendants.

Famed as the hideout for the nine mutineers who set Captain Bligh and his loyalists adrift and took the ship Bounty for their own in 1789, Pitcairn Island is now a sought-after destination for adventure travellers. 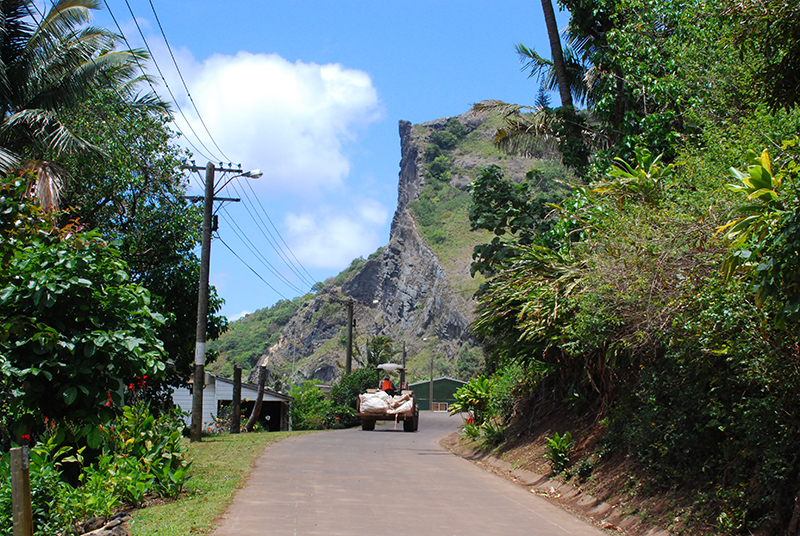 Getting there is an integral part of the Pitcairn experience. First stop is Tahiti, the island that seduced the mutineers and gave them their wives and companions. From there, it’s a three-hour flight by small plane to the Gambier Islands, in the far east of French Polynesia. Pitcairn’s supply ship, en route from New Zealand, 12 days sailing south-west, waits for passengers at the closest inhabited island, Mangareva. From there, it’s another two nights and 480 kilometres at sea before reaching Pitcairn.

So treacherous is the island’s coastline that there’s no dock; instead the final leg of the sea journey is made by longboat, sent out to meet the ship anchored in the bay. 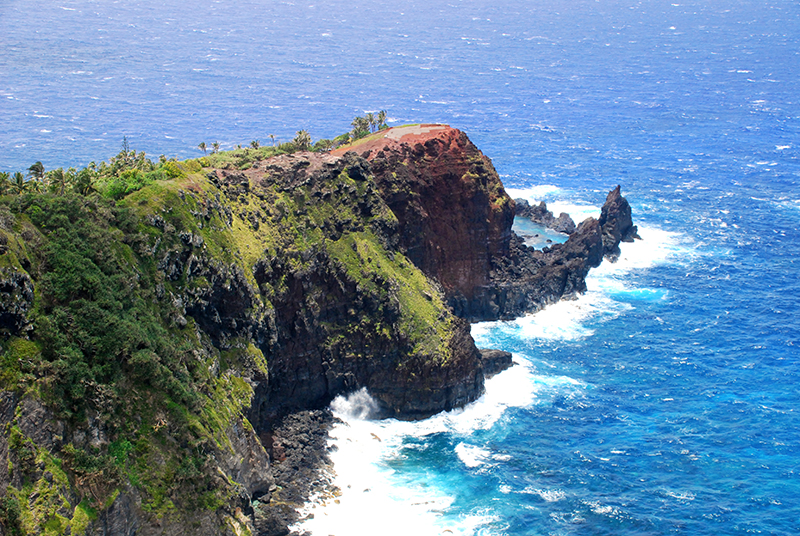 Strong arms help passengers clamber aboard, while others turn their attention to unloading the supplies that have made the long journey: fresh fruit and vegetables, groceries for the island store, quad bikes, water tanks, a small tractor.

On dry land, islanders welcome the tourists into their homes; there are no hotels here. My hostess, Darralyn, is a descendant of mutiny leader Fletcher Christian. Over my four-day stay, I get to meet her siblings, parents, aunt and grandmother, sharing meals and learning about the stark realities of their isolated life, and learning a few words of the Pitkern language, a blend of 18th century English and Tahitian. Almost all of the 50 or so inhabitants of Pitcairn are direct descendants of the Bounty mutineers and the Tahitian women who travelled with them. 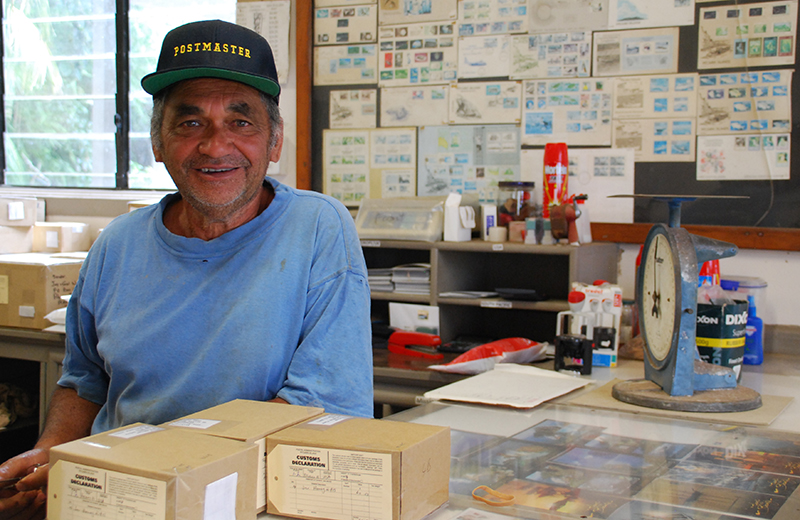 Adamstown – named for John Adams, the last of the mutineers to survive – sits 150 metres above sea level. The island’s only paved road runs for about 800 metres, tracing the path of the mutineers on first landing. They called it the Hill of Difficulty, a steep track from Bounty Bay to The Edge.

The township centres on The Square, home to the community hall, post office, administrator’s office and church. Postmaster Dennis Christian has his postmaster’s hat on to sell stamps and postcards (the ones I send take three months to arrive in Australia), once the island’s major source of income. 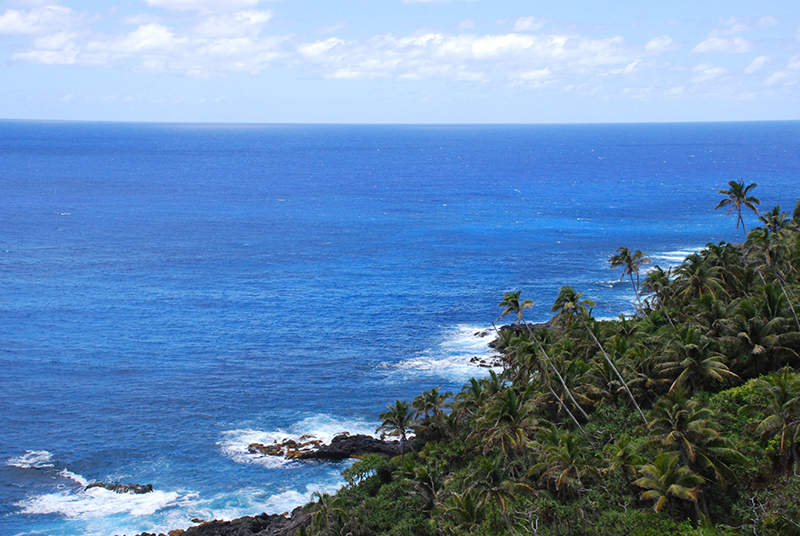 The Bounty anchor and cannon are among the landmarks that are a constant reminder of the island’s history, and the small museum behind The Square is a trove of small relics. There are ship’s bells from other wrecks too, testament to the treacherous waters that kept the mutineers from discovery for 18 years. It helped too, that the island was incorrectly charted when first discovered in 1767 by Captain Philip Carteret aboard HMS Swallow, and that the mutineers burnt Bounty to the waterline to ensure passing mariners would not spot it.

“It would be like astronauts deliberately destroying their spaceship,” says a fellow visitor, as we contemplate the cutting of that lifeline.

Nature provides the attractions here. I hike or catch a lift on passing quad bikes – the only form of transport on Pitcairn – to the island’s scenic spots. John Adams’ grave, carefully tended and planted with bright lilies, is just out of the township and the island cemetery overlooks the ocean. By 1808, when the tiny colony was discovered, Adams was the only surviving mutineer, along with 11 Polynesian women and 25 children. 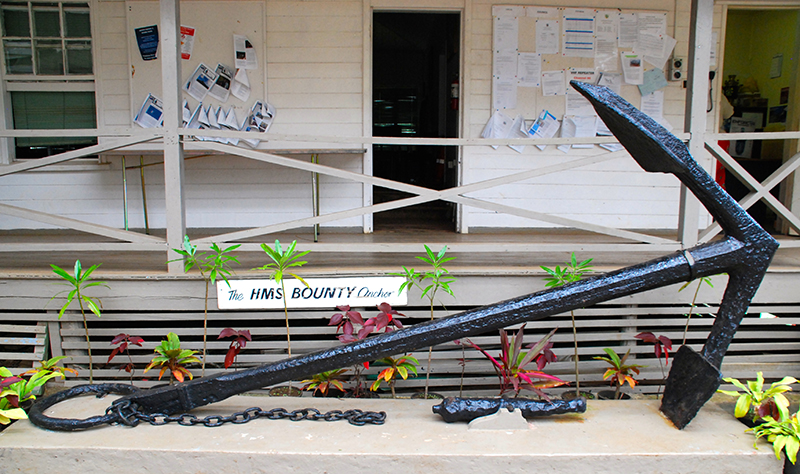 An “eco trail” leads from Adamstown past the small Palau School (which has four pupils) through bushland to Sailors Hide – a rocky overhang that provided shelter for sailors who jumped ship in 1880 – before turning upward to Christian’s Cave, where Fletcher Christian was said to have kept watch for passing ships.

On the easternmost point of the island, the clear blue-green ocean swirls into rocky outcrops called St Pauls Pool, where the daring take a dip. With local guides, you can also scramble the aptly named Down Rope to see petroglyphs believed to date to around AD800.

On Highest Point, signposts show distances to cities around the world: Sydney is 7,493 kilometres away, London 14,821 and Tahiti 2,325. The closest is Henderson Island, only 168 kilometres, and one of the four islands in the Pitcairn group; another is Oneo, a relatively short 120-kilometre journey by longboat and favoured by islanders for summer camping trips for its sandy beaches, sheltered lagoon and reef fishing. 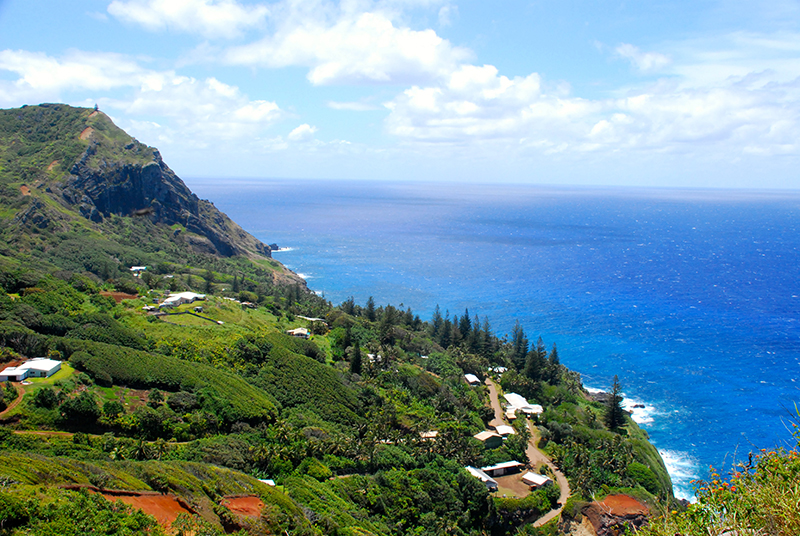 Pitcairn’s whole population turns out to farewell visitors and islanders on the ship’s departure day, hands waving until the returning longboat is a speck in the distance. As the island fades against the horizon, it’s easy to see how it stayed undiscovered for so long. •

The supply ship Claymore II makes eight round trips each year from Pitcairn to Mangareva, French Polynesia. The ship carries 12 passengers, who can stay on Pitcairn for four or 11 days. 1300-713-132; visitpitcairn.pn