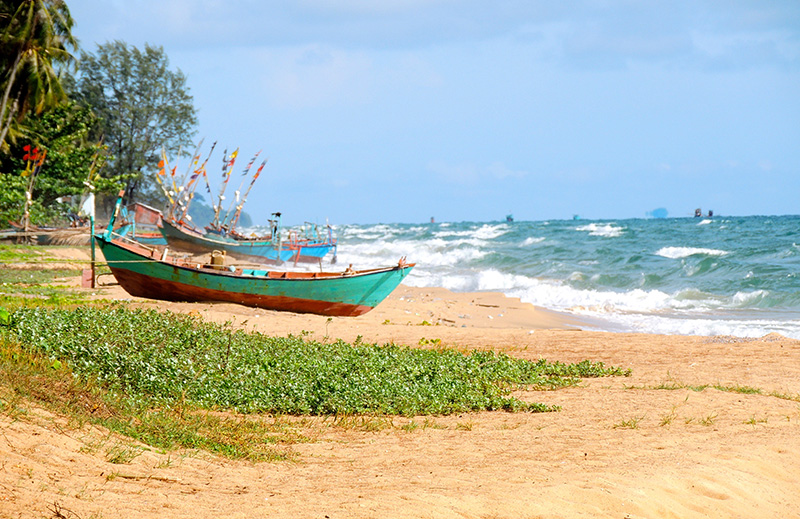 Phu Quoc Island, the largest island in Vietnam, is a 50-minute flight from the capital Ho Chi Minh City and only 12 kilometres from Cambodia.  A new airport opened here in late 2012 and tourism is set to escalate.

In less than one hour, Ho Chi Minh City locals and tourists can leave nine million residents and 6 million motorbikes behind and escape to an island paradise that comprises of pristine beaches and minimal crowds. The island can also be accessed by boat from the Mekong Delta via hydrofoil, ferry or cruiser.

Vietnam and Cambodia for many years have claimed sovereignty over this magical island. 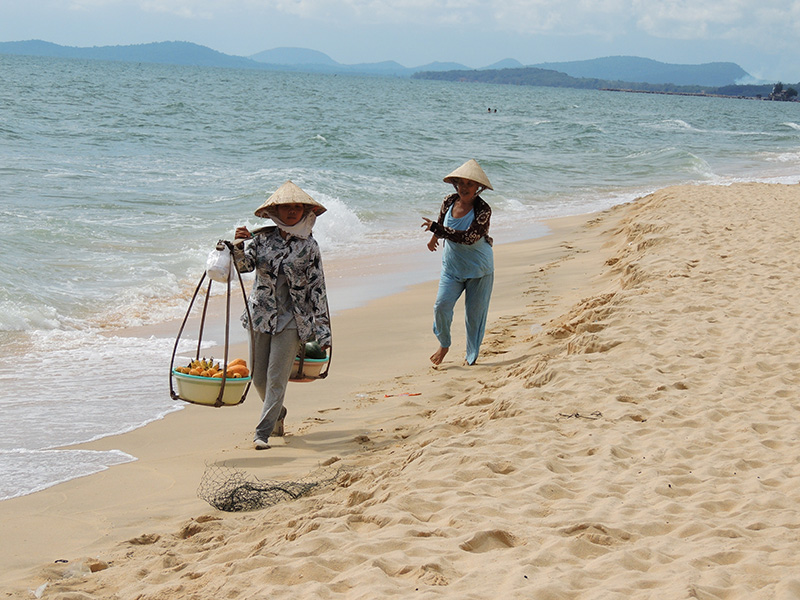 Pho Quoc has a thriving pearl industry but it’s nothing compared to its world famous export (number one in the world) which is their fish sauce and black pepper industry. Driving around the island, anchovies can be seen drying on racks in the tropical Asian sun getting ready to be ‘sauced’. Now I know where that saying comes from…. “There’s something fishy happening here.”

Phu Quoc Island’s main stable though is its thriving fishing and squid industry. The extremely rich fishing grounds off the island supplies the anchovies needed for their famous fish sauce.

Taking a stroll through the markets and deciding what seafood to eat is going to provide you with the biggest headache of your stay. The choice is endless and the quality and moreish seafood on display is overwhelming. Not a bad problem. 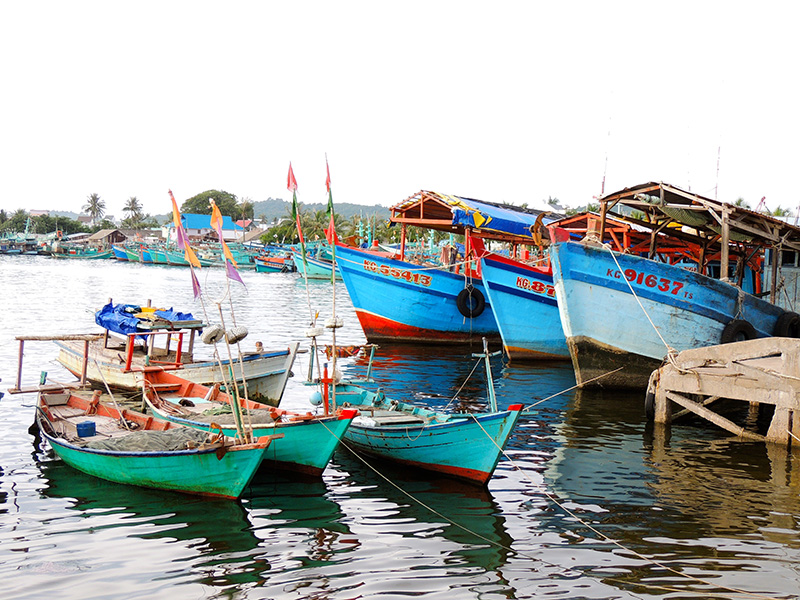 Continue down to Phu Quoc harbour and you discover an armada of fishing boats. A kaleidoscope of colours fills the harbour, of which the blue hulls of the many fishing vessels are prominent. Most of the fishing boats have red and green flags strung across their terracotta coloured decks making a walk around the harbour an extremely vivid experience.

Close to the harbour entrance is a lookout from which a temple takes top billing. From here you can gaze down the coast and for as far as your eye can see are miles and miles of pristine uncrowded beach, aptly named ‘Long Beach’.

Strewn across the sand and promenade are red plastic seats that dot the horizon as locals sit and gather to take in the late afternoon ambience and as some residents told me, “catch up on all the local gossip”. 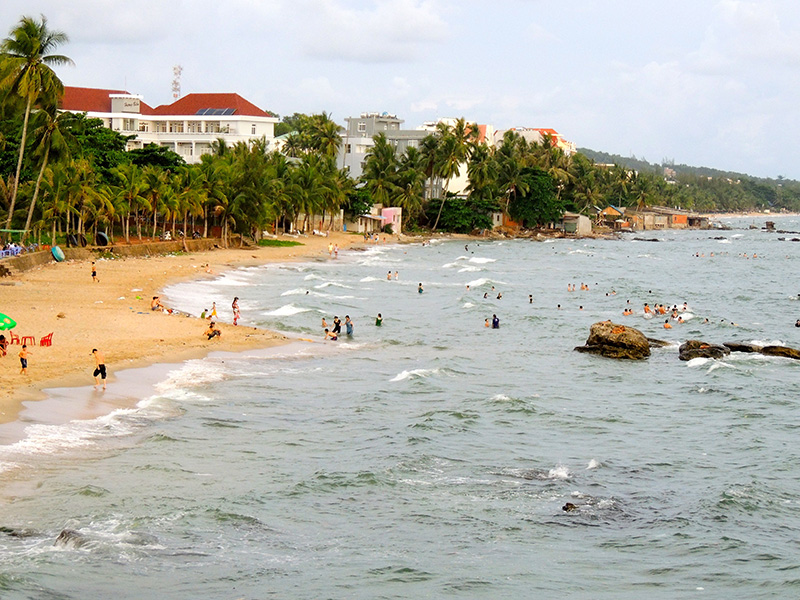 The main town has a wonderful languid vibe and what I loved was that it seemed to be hawker free, or perhaps that’s because it was low season.

Fishing, squid fishing, fish and pepper sauce production and the fledging pearl industry aside, tourism plays a massive part in the island’s economy. Now is definitely the best time to visit as Phu Quoc still exudes an innocent rustic charm.

Great beaches are a bonus on Phu Quoc Island and the sparseness of people is a highlight. To find a virgin spot on the sand to lay your towel is definitely not a problem!

The island is a great place to discover whether walking, hiking, biking or going 4-wheel off-road jeep touring, as it is still rather undiscovered and adventures abound. 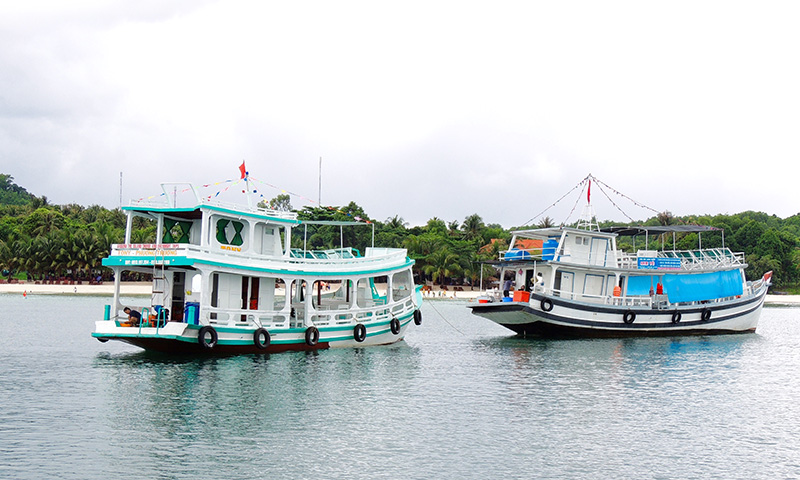 Phu Quoc Island reminded me of all the popular South East Asian island resorts without the massive crowds, traffic, multitudes of high-rise developments and hotels.

With the world economy in limbo, plans for new hotels and high-rise developments are moving quite slowly. Billboards advertising new hotels have been around for a long time, but due to the recent global financial crisis massive overdevelopment hasn’t happened as yet. Phu Quoc is still relatively unknown, beautiful and unflustered.

When we were there, the one dirt main road was being built into a two-lane freeway. The island still runs on generated power and plans are in place and a date has been set for an Italian company to run underwater electricity cables from the mainland and bring Phu Quoc Island into the 21st electrical century. 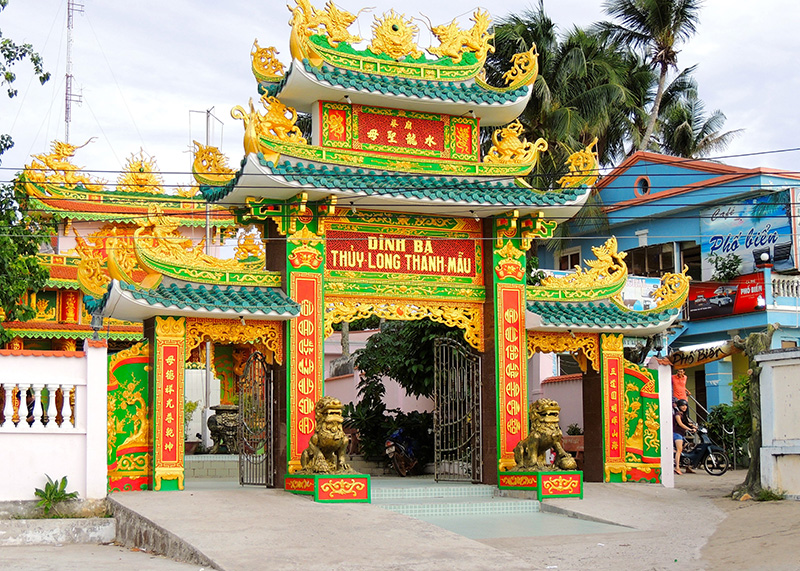 We were there in the low season (August to November) and crowds were at a minimum. Talking to the owners of one of the bars on the beach they explained that low season is tough and they count down the days to when high tourist season arrives (July to February). The afternoon we were there only six people were at the bar. The same bar on New Years Eve in high season has 500 people ‘rocking round the quoc!’.

Low season unfortunately also brings inclement weather. Two of our most exciting excursions we had planned; night squid fishing and snorkeling had to be cancelled. These are two of the most sought after and popular activities on any Phu Quoc to do list.

Before our abandoned snorkelling trip, we experienced cooked sea urchin on our boat. Now this takes courage to have the first mouthful, but what a culinary delight for something that looks so hideous! It turned out to be a delicious morsel that will definitely find its way onto my plate again. 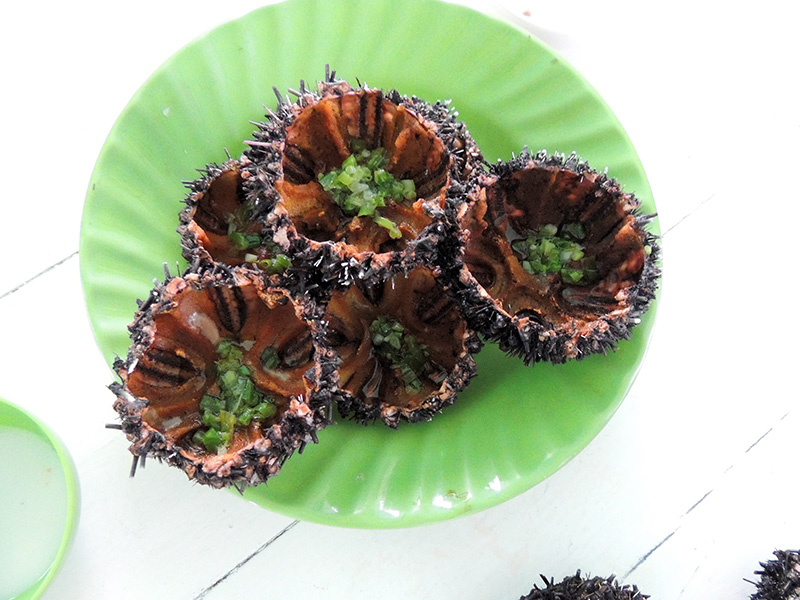 How to get there:

Where to stay:
The Veranda; laverandaresorts.com 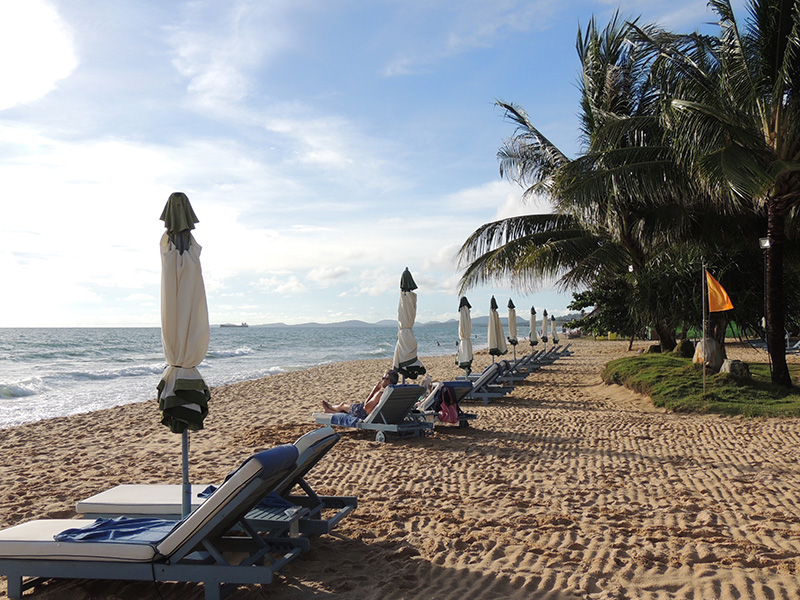 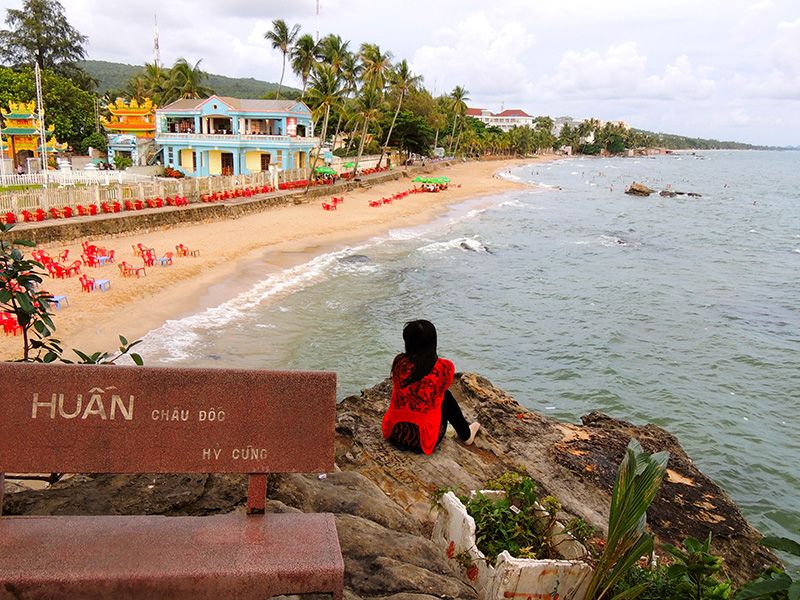 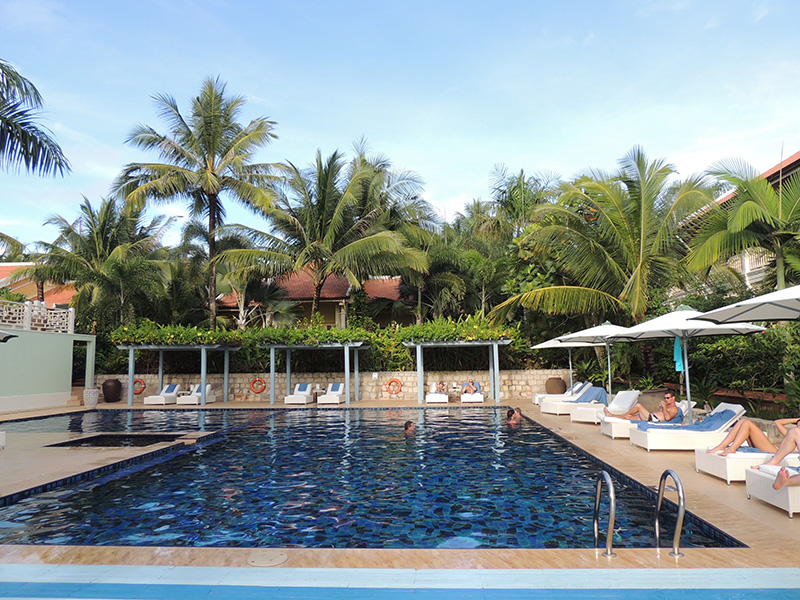