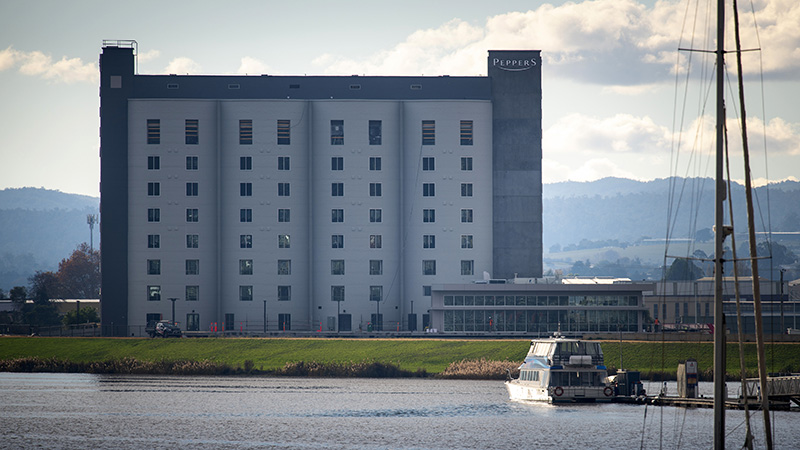 The highly anticipated Peppers Silo Hotel has opened its doors in Launceston, Tasmania.

Originally erected in 1960, the Kings Wharf grain silos have undergone two years of construction, transforming into a $25-million redevelopment, including a state-of-the-art hotel and one and two bedroom apartments. 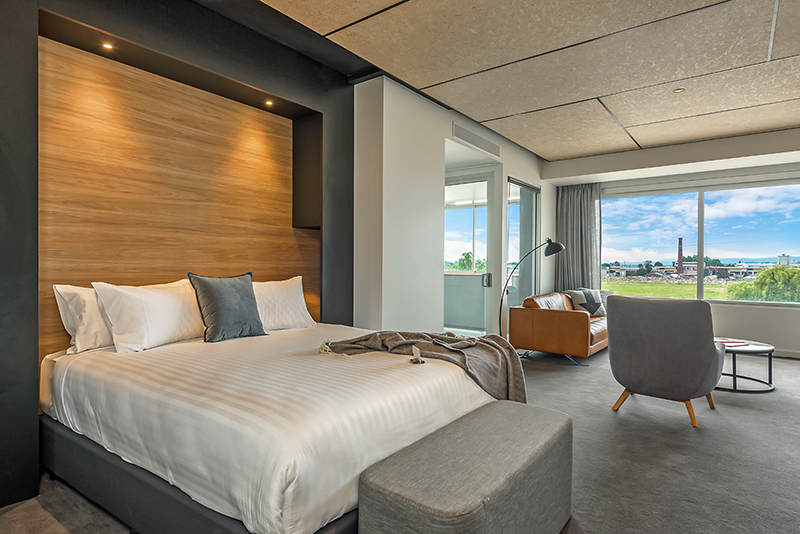 Located in a prime position on the edge of the River Tamar and close to the beautiful Cataract Gorge, the ten-level, contemporary hotel features 108 rooms, including 52 inside the barrels of the former silos, conference facilities for up to 500 people, an integrated lobby and reception area, and restaurant and bar ‘Grain of the Silos’, with expansive water views. 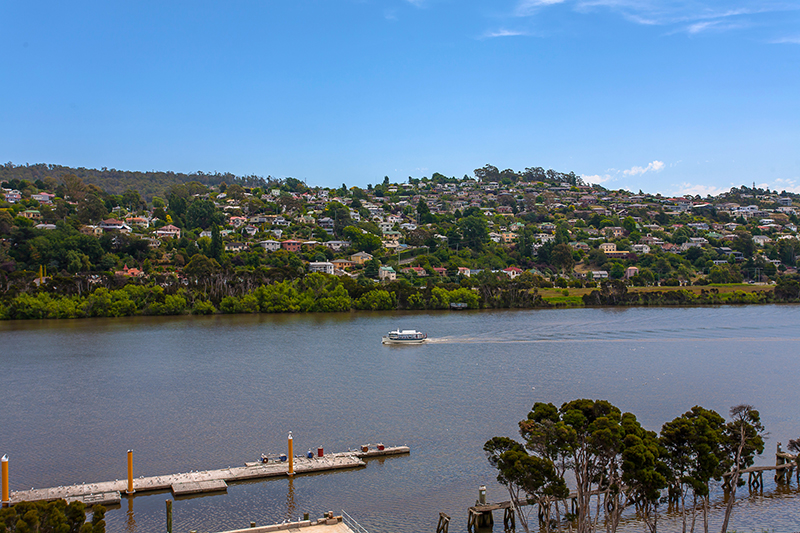