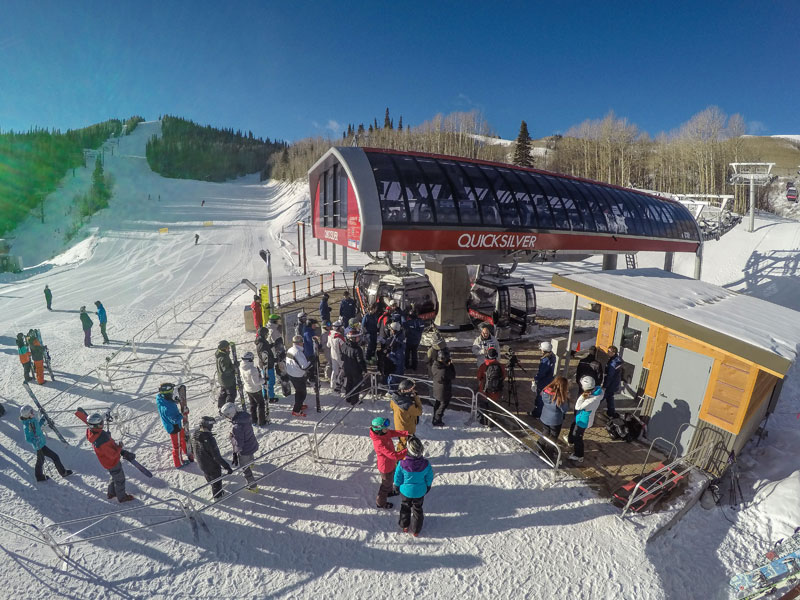 Park City in Utah  celebrated the much anticipated grand opening of the new Quicksilver Gondola and Miners Camp Restaurant in December 2015, an event that created the largest ski resort in America. The gondola connects the former Canyons Resort with Park City Mountain Resorts – both owned by Vail Resorts, and gives skiers and snowboarders an unprecedented amount of terrain to explore. Construction on Quicksilver and Miners Camp began in the summer of 2015 as part of a USD$50 million improvements campaign. Now, a quick, 8 ½ minute ride on Quicksilver is all that separates guests from experiencing hundreds of trails across Park City and Canyons Village. “Park City is one of the most spectacular places on Earth and now, for the first time ever, our guests will have unprecedented access to over 300 trails, 41 lifts and 7,300 acres of skiable terrain across one Park City,” said Bill Rock, chief operating officer of Park City. “Quicksilver, Miners Camp and the USD$50 million in capital improvements across the resort will completely transform the guest experience at Park City. We are thrilled to debut these projects in time for the Christmas holiday.”