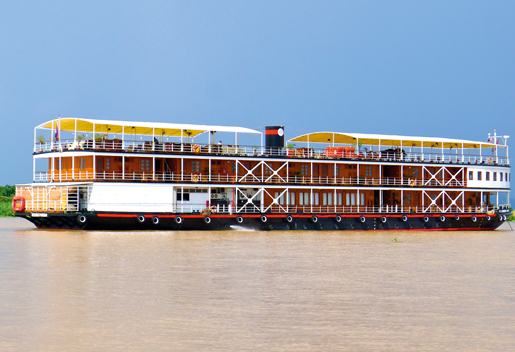 Exploring the rivers of Southeast Asia is done in style on board Pandaw’s ships.


Hitching your fortune to the unpredictable rivers of Southeast Asia, with their wildly varying flows, requires strong measures of daring, self-confidence and nerve. So does setting up a river cruise company emulating the style and atmosphere of a colonial-era steamboat enterprise that vanished over 70 years ago..

Paul Strachan, founder of Pandaw Cruises, has all of those qualities. And his venture has worked – Pandaw has become a byword for fine river cruising in Asia.

The dream began in 1995, when Strachan was working as a publisher of academic and art books on Burma. The intrepid Scot resolved to begin a tourist riverboat operation on Burma’s Irrawaddy River – just one boat and US$100 in start-up capital. The venture prospered and Pandaw Cruises was born, with boats purpose-built along the lines of the old Irrawaddy Flotilla Company, which ran hundreds of vessels on the rivers of Burma, now called Myanmar, in the 1920s. 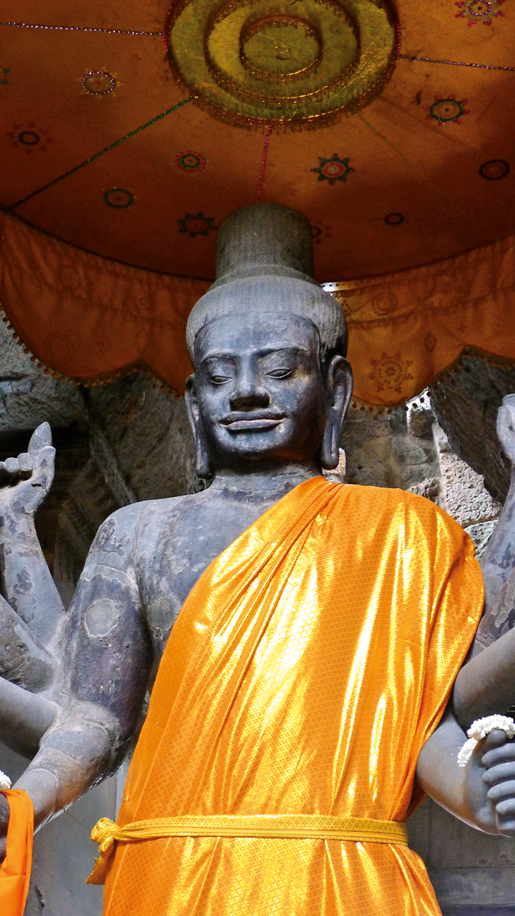 Accordingly, Pandaw’s vessels have an unashamedly nostalgic feel – lots of teak, brass and linen – plus an awning-covered top deck where stewards serve cups of tea and robust gin and tonics.

The operation’s predecessor, the Irrawaddy Flotilla Company, was established in 1865 by a Glaswegian named Paddy Henderson, who began services on the Irrawaddy River with four steamers and three “cargo flats” (barges). By the 1930s, the company had about 600 boats and was by far the biggest riverboat operation in Southeast Asia. Then, when the Japanese Army advanced across Indochina in 1941, the Irrawaddy Flotilla Company scuttled its whole fleet to prevent its vessels falling into enemy hands and being used for troop transport and supply.

There’s a certain symmetry in the fact that the modern Pandaw Cruises is run by a Scot and heavily involved in cruising the Irrawaddy. One of its cruises, Chindwin & Upper Irrawaddy: 20 nights in remotest Burma heads almost 1000 kilometres from the Chindwin River’s confluence with the Irrawaddy, downstream all the way to the ancient city of Pagan and then a further 1100 kilometres up the Irrawaddy past Mandalay.

Strachan notes that the expedition takes place during the monsoon season “which is the only time we have sufficient water levels to attempt these remote rivers. This is a real expedition and the itinerary is subject to sudden changes due to water levels or other local conditions.”

That’s part of the fun of Pandaw. No two cruises are the same – even those that follow identical itineraries. Water levels vary, so do excursions, but after adventures ashore you can always rely on the comfort and friendly colonial-style luxury of your floating home. Once you’re back aboard, wash off the dust and head for a convivial drink on the top deck. It’s hard to run up a bar bill as beer and local spirits are free – which means your favourite cocktail tipple is unlikely to cost you anything. The only exception is wine.

Pandaw builds its own ships (there are 13 in the fleet) and ensures they have ultra-shallow drafts (hull depth below the water-line) for sailing to remote areas unreachable by other vessels or by road. An example: the newly refitted Mekong Pandaw is 60 metres long, has four decks and carries 48 passengers. Its atmosphere is smart, pleasant, shipshape and comfortable. 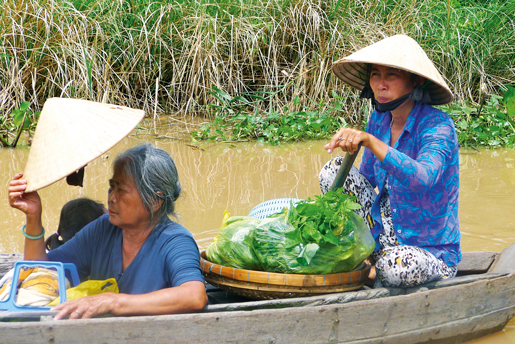 As well as Burma, Pandaw is heavily involved in sailing the Mekong through Vietnam and Cambodia, often with visits to the stupendous Hindu temple complex of Angkor Wat. In 2003, Mekong Pandaw became the first river cruise ship to make the Mekong voyage, after surmounting complex bureaucratic and navigational obstacles. Pandaw now has five ships on the river, all boasting mod cons like air-conditioning, hot showers of commendable force, skilled chefs and varied menus.

Mekong cruising on Pandaw presents a wondrous processions of temples, pagodas, monks and markets – plus quirkier locations and enterprises like fish farming (done in huge underwater wicker cages). Transfers to shore excursions can be on foot, ferryboat, cycle rickshaw or even by ox cart. 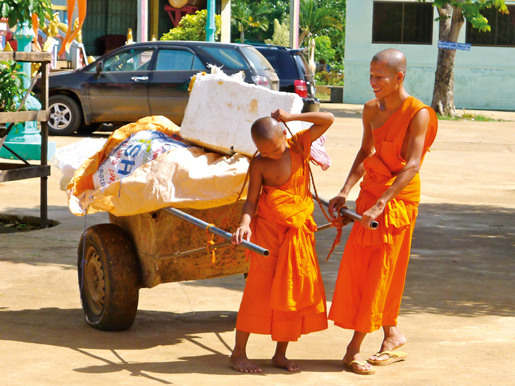 Despite the fine dining and creature comforts, Pandaw hasn’t lost its expeditionary edge. Strachan is always keen to try something new. Rivers that Pandaw has pioneered in the past include Borneo’s mighty Rajang, flowing over 500 kilometres through the jungles of Sarawak to the South China Sea, and India’s Ganges, from Varanasi to Calcutta.

Both of those cruises were exceptionally memorable (speaking from experience). Even though logistical and operational difficulties eventually forced Pandaw to withdraw, no-one on the Ganges cruise will forget the sight of farmers dropping their hoes in sheer amazement, to stand and watch as the prodigious boat sailed past. Night sounds included the howling and snarling of jackals fighting by the waterside. Cremation pyres flickered in the darkness, figures silhouetted before them. Passengers even sighted the endangered Ganges river dolphin, India’s national aquatic animal. 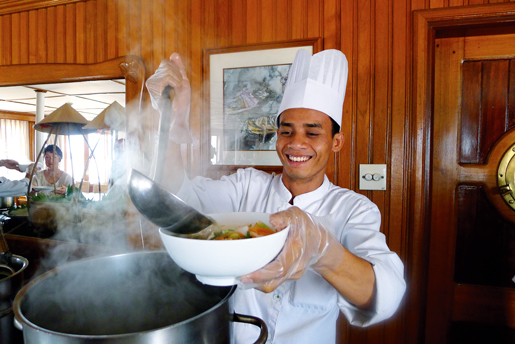 Borneo too, was fascinating, though locals carry smartphones and the main jungle threat is bees, not blowdarts.

Where will Pandaw head next? A new river is being considered but its identity is under wraps. Wherever, it should be fun. Everyone has their favourite space aboard a Pandaw ship, and although the ships vary, the air-conditioned bar library at the front of Mekong Pandaw, full of wicker chairs, cushions and marble-topped tables, is hard to beat. This quiet space is perfect to enjoy a captain’s-eye view of a river and its traffic, its sampans and big wooden freighters with eyes painted on the bows. You can relax and absorb the river’s moods, as heavy rains roar down and drifting clumps of water hyacinth bob past on swirling, chocolate-hued water. It adds a new dimension to the term “go with the flow”. • 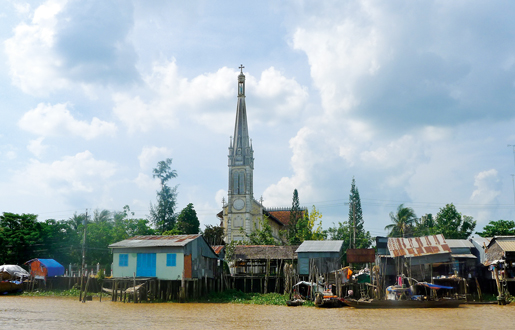