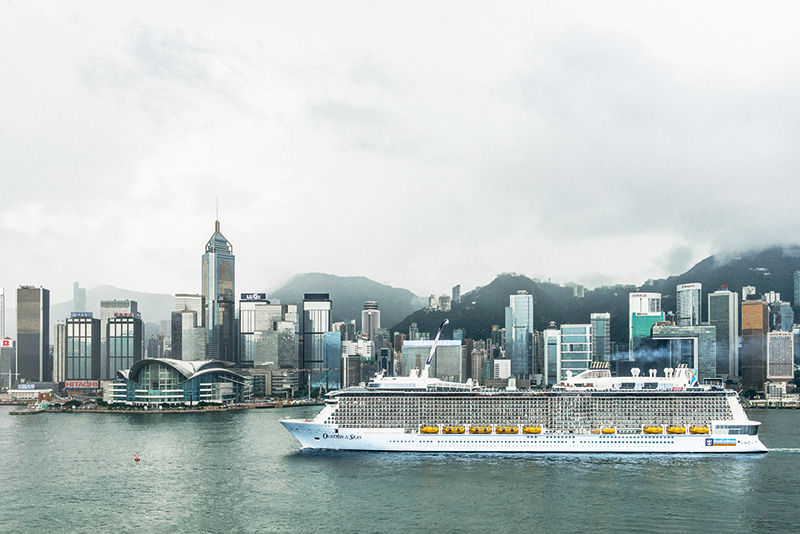 Seated in the Royal Theatre I am about to witness the pomp and spectacle befitting the naming ceremony of one of the world’s largest cruise ships, Royal Caribbean International’s Ovation of the Seas.

Aboard Ovation in the port of Tianjin China, the two-story theatre is full of travel agents and media from across Australasia, all eagerly awaiting the Godmother procession. The excited audience erupts with the arrival of Chinese actress and X-Men star Fan Bingbing. The crowd goes crazy, cameras flashing to get the best photo of the star they’d been waiting to see.

After the speeches and two beautiful performances of the USA and China’s national anthems, Fan Bingbing cuts the red ribbon, sending a bottle of champagne smashing onto the ship’s bow. Live footage is transmitted via video playing to a chorus of champagne toasts and cheers in Royal Theatre. 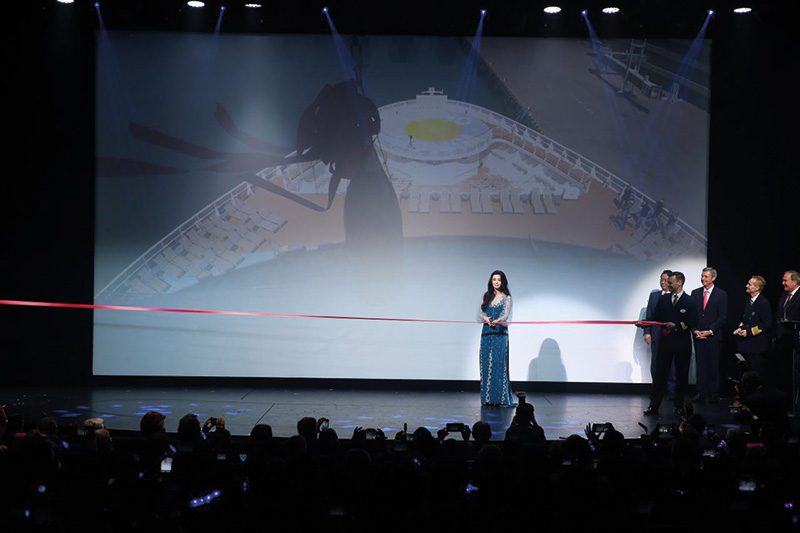 Fan Bingbing, Ovation of the Seas’ Godmother, cuts the red ribbon, sending a bottle of champagne smashing onto the ship’s bow

My three day cruise to nowhere has begun.

It was a privilege to get a sneak peak of the newest, biggest and most technologically advanced cruise ship due to sail out of Australia from December 2016. Yes, the Ovation of the Seas is coming down under and Australia has seen nothing like it before.

Towering above the waterline, our gigantic floating city is supersized. Launched in April 2016 at a cost of US$1 billion, she is 347 metres long, 18 decks high and carries 4,905 guests and 1,500 crew. Ovation of the Seas is Royal Caribbean’s third Quantum-class ship and equal fourth largest passenger ship on the planet.

Being such a large ship I wondered how I was going to keep tabs on my cruise mates. I needn’t have worried – communication is covered with the world’s most advanced WiFi at sea. Download the Royal IQ app to view the daily guide, book shore tours, make dinner reservations or reserve activities – or use the Royal IQ iPads positioned all over the ship. 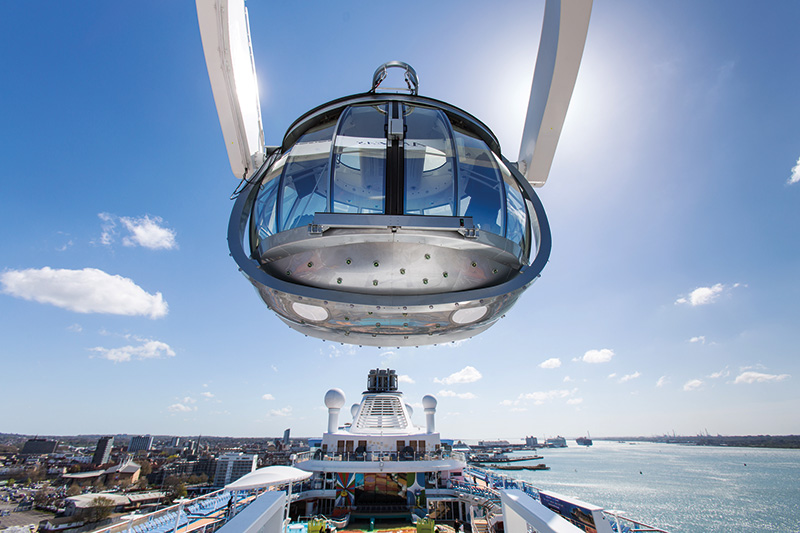 For dining, Ovation of the Seas has 18 restaurants to choose from. Most are complimentary full-service restaurants or casual eateries, then there are the speciality restaurants – Jamie’s Italian by celebrity chef Jamie Oliver, the whimsical Wonderland, Michael’s Genuine Pub and Royal Caribbean’s staples like Chops Grille steakhouse, Izumi Japanese and the Chef’s Table private dining experience.

To burn off the kilojoules there is a plethora of unmatched innovations including the RipCord by iFLY skydiving experience, the FlowRider surfing simulator or the rock climbing wall. Then there’s the SeaPlex – the largest activity centre at sea. Try the bumper cars, a circus school with flying trapeze, roller skating, table tennis, X-Box or join in a game on the full-sized sports court for basketball, indoor soccer or volleyball. For a more gentle experience, try the North Star glass viewing pod that rises gently more than 90 metres above the ocean providing breathtaking 360-degree views.

A must do is the Two70 entertainment venue. By day it’s an incredible lounge/bar but by night it transforms into a multimedia experience. See cabarets which blend dance, music, singing and lighting, complemented by six swirling Roboscreens and Vistarama backdrops. Just as impressive is the Bionic Bar. Order a cocktail via a tablet at the bar then sit back and watch the dancing robots come to life, mix it and deliver it. 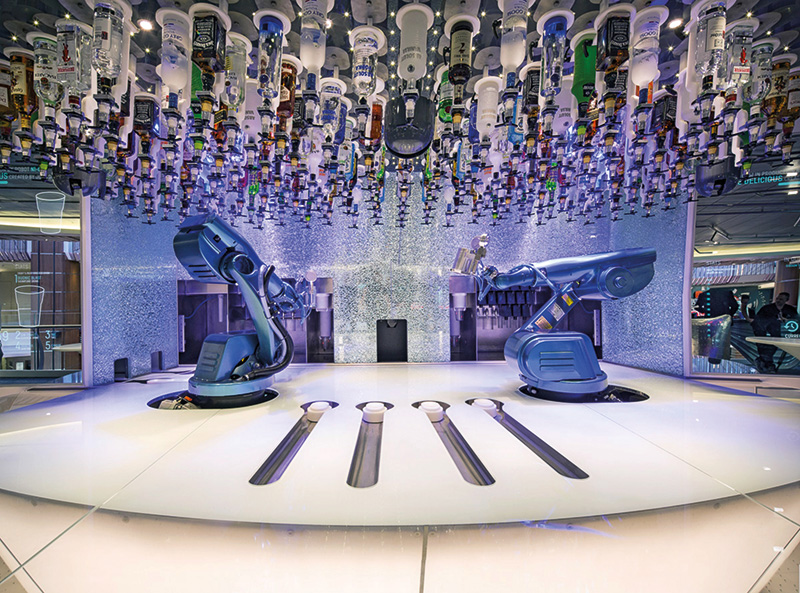 Order a cocktail aboard Ovation of the Seas’ Bionic Bar, then sit back and watch the dancing robots come to life, mix it and deliver it

After all this activity and dining, my stateroom beckons. The staterooms are new, fresh, contemporary and have some nice homely touches like self-service coffee and tea-making facilities. I love the sitting area with sofa, flat-screen TV, mini-bar, full bathroom with good-sized shower and a private balcony – not that I got to use the balcony much!

Ovation of the Seas will arrive in Australia in December 2016, stopping in Fremantle, Adelaide and Hobart before arriving in her new home of Sydney on 15 December.