Would you believe that a country as small as Switzerland (roughly two-thirds the size of Tasmania) is home to so many magnificent majestic wonders including a whopping 12 UNESCO World Heritage Sites? Yes, TWELVE! Nine of which are cultural, four trans-boundary, three natural and one state party.

And would you believe there’s a way to see all of them in less than one week? How, you ask? Well, that would be via the Grand Tour of Switzerland.

A thoughtfully designed route that covers more than 1,600km around the country, The Grand Tour of Switzerland exposes travellers to different sides of the country including the highest point of 2,429m (Furka Pass), the lowest point of 193m (Lake Maggiore), 22 lakes, five alpine passes across all four language regions, and of course, the 12 UNESCO World Heritage sites. Here, we take a look at six of the most picturesque sites. 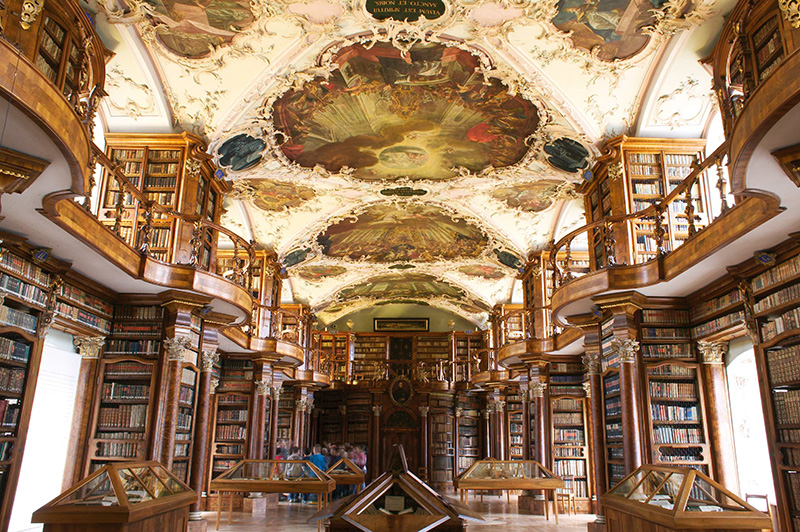 Located in the town of St Gallen in the northeastern part of Switzerland, the Abbey is a fine example of a Carolingian monastery from the 8th century, and one of the most important on the continent. Its key features include the cathedral and the library, which is one of the richest medieval libraries in the world containing precious manuscripts. The Abbey was UNESCO listed in 1983. St Gallen is about an hour’s journey by train, bus or car from Zurich. 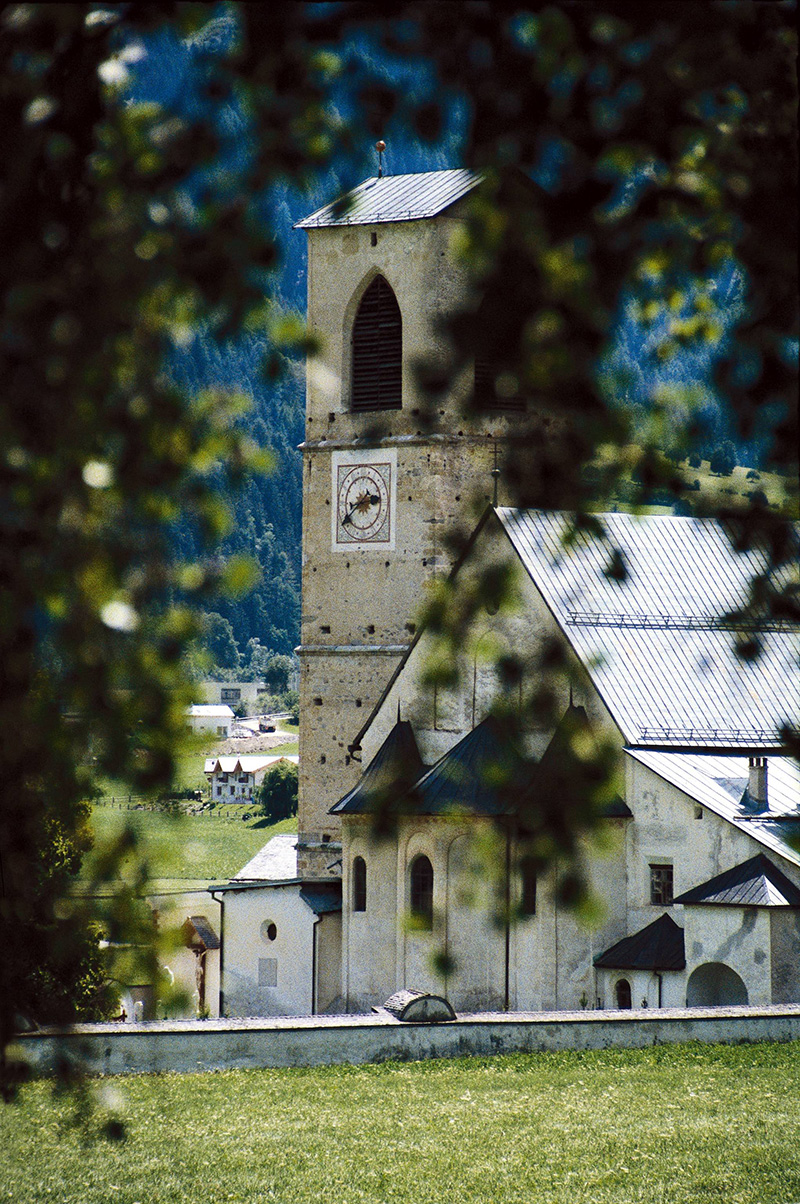 Benedictine Convent of St John at Müstair
Located in the village of Müstair in the valley of Grisons in the Canton of Graubünden, this ancient Benedictine abbey was UNESCO listed in 1983 for its well-preserved Carolingian art. Founded in Roman, Christian and Germanic styles the Carolingian style of painting was considered advanced, improving art and architecture during the first medieval renaissance between the 8th and 9th centuries. 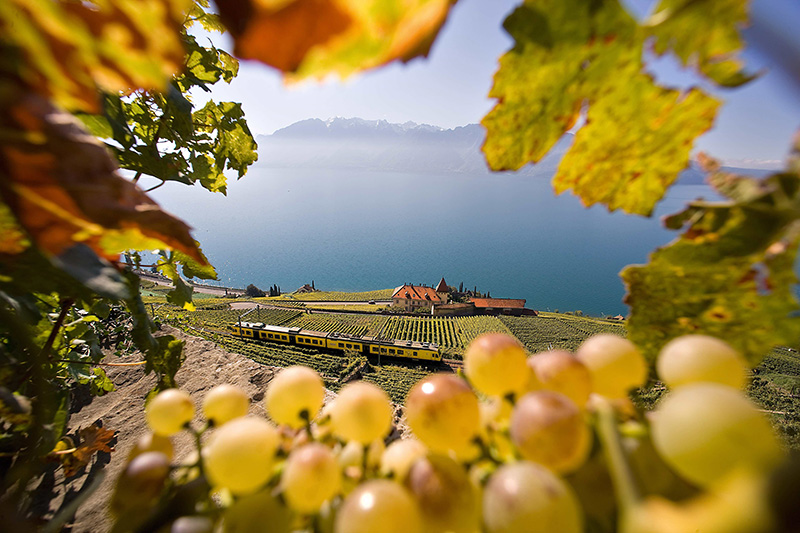 Lavaux Vineyard Terraces
Covering 800 hectares and stretching across 30km along the shores of Lake Geneva from the Chateau de Chillon to the outskirts of Lausanne in the French-speaking Vaud region, the Lavaux Vineyard Terraces was UNESCO listed in 2007. With a history that traces back to the 11th century, Lavaux is a fine example of how longstanding cultural traditions continue to thrive through a modernising world. 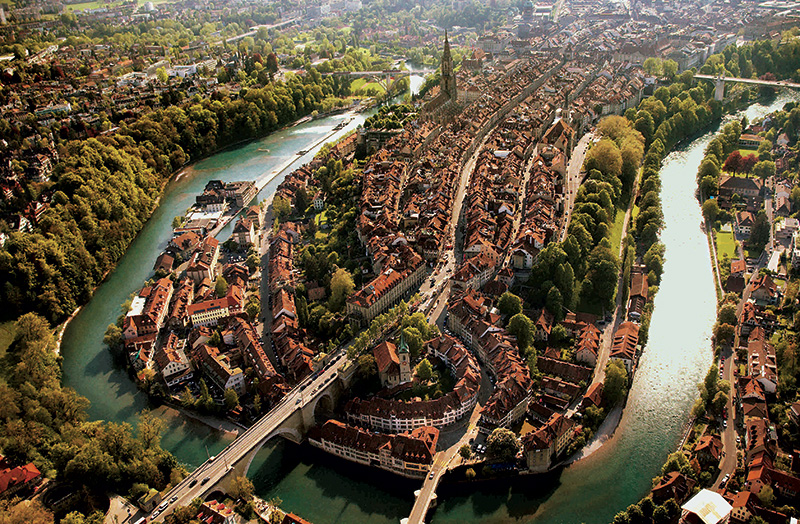 Old City of Bern
The cobble-stoned centre of Switzerland’s capital city, Bern, the Old city was UNESCO listed in 1983 based on its well-preserved medieval features and assets while incorporating modernizing elements into the city. Once home to Albert Einstein, the Old City of Bern is also home the country’s tallest cathedral and many churches, bridges and other historical buildings. 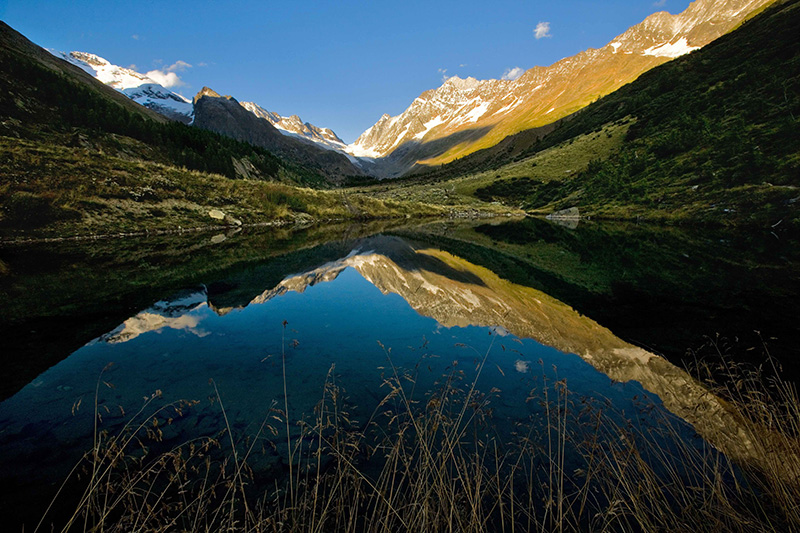 Swiss Alps Jungfrau-Aletsch
Inscribed in the UNESCO World Heritage List in 2001, the Jungfrau-Aletsch protected area is located in the southwestern part of Switzerland, 25km south of the country’s adventure capital, Interlaken. Not only is the region spectacularly beautiful and rich in flora and fauna, it also contains a wealth of information on the formation of mountains and glaciers. 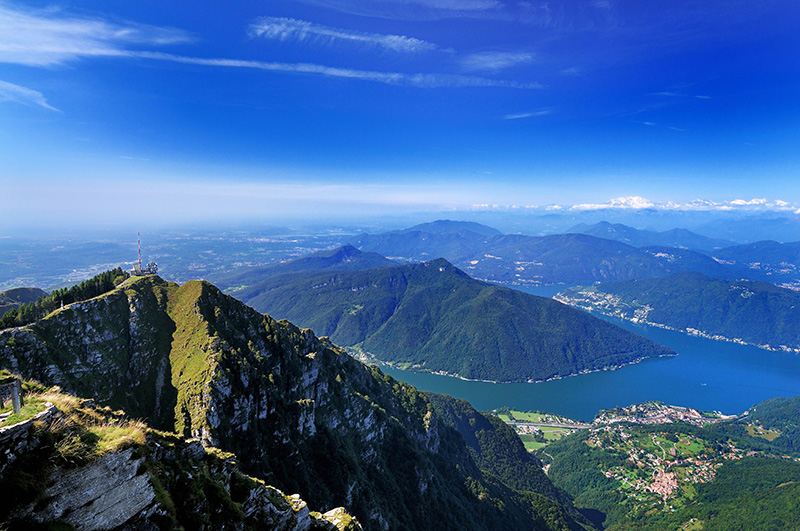 Monte San Giorgio
A pyramid shaped wooded mountain standing at 1,097m above sea level overlooking Lake Lugano in the south of Switzerland, UNESCO listed it in 2003 because it “is the single best known record of marine life in the Triassic period, and records important remains of life on land as well.”

The other six UNESCO listed sites include La Chaux-de-Fonds / La Locle in the Neuchâtel; the Prehistoric pile-dwellings around the Alps; the Rhaetian Railway in the Albula / Bernina Landscapes; the Swiss Tectonic Arena and the three castles, defensive wall and ramparts of the market-town of Bellinzona.

You can visit www.myswitzerland.com/grandtour to see the routes and destinations before embarking on the actual tour.