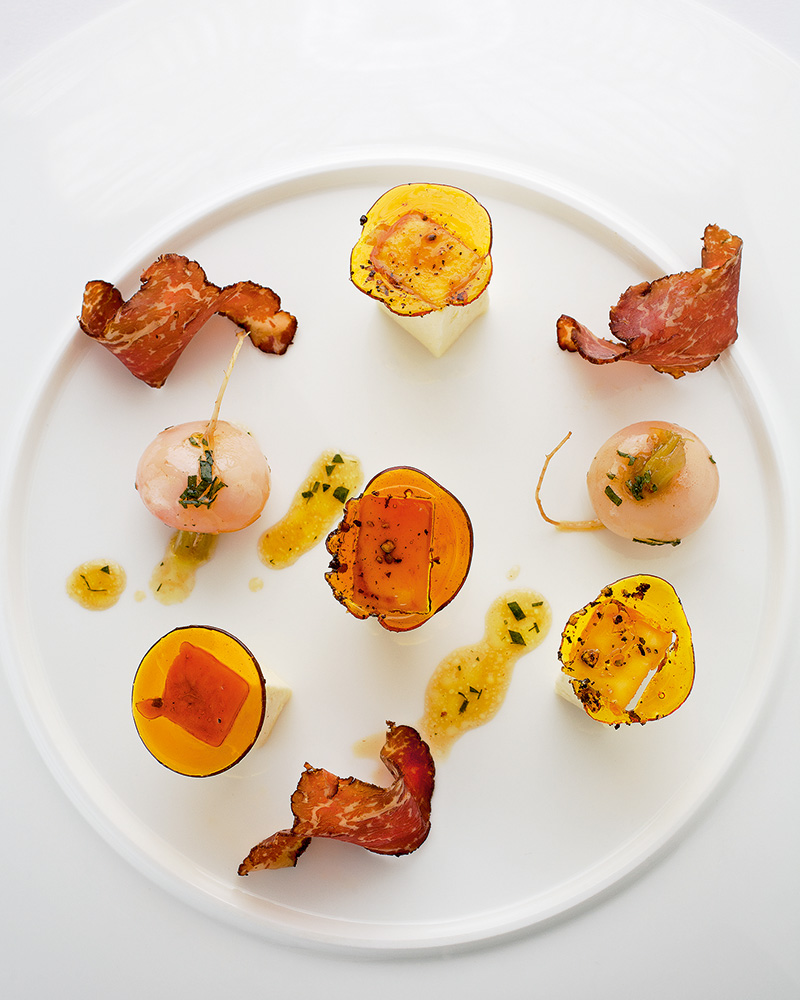 The tiny village of Werfen, 40 kms south of Salzburg has a few surprises up its sleeve; the formidable Festung (fortress) Hohenwerfen, the Salzburg Ice Caves, the newly opened Sound of Music trail and last, but not least, the Michelin-starred Restaurant & Hotel Obauer.

Brothers, Karl and Rudi Obauer, produce something magical in their kitchen, creating dishes with a flair and panache that would have a long waiting list in the city. They introduced Nouvelle Austrian Cuisine – classic dishes with contemporary preparation utilising fresh, regional produce, and continue to raise the bar.

The restaurant has two areas and a garden in which to dine; we are indoors in a fog of bonhomie and sublime food that tastes as good as it looks.

We are in love with the Pfarrwefener trout with beetroot, pumpkin and horseradish, followed by the deer ragout with crêpes, semolina dumpling and rowanberry finished off with cold blueberry compote with zirbe nut ice cream. Add to that wines from the local Höpfler winery – who provide wines to the Trapp Family Lodge in Vermont (yes those Von Trapps) – selected by Obauer’s master sommelier, Alexander Koblinger and it was one very memorable day.