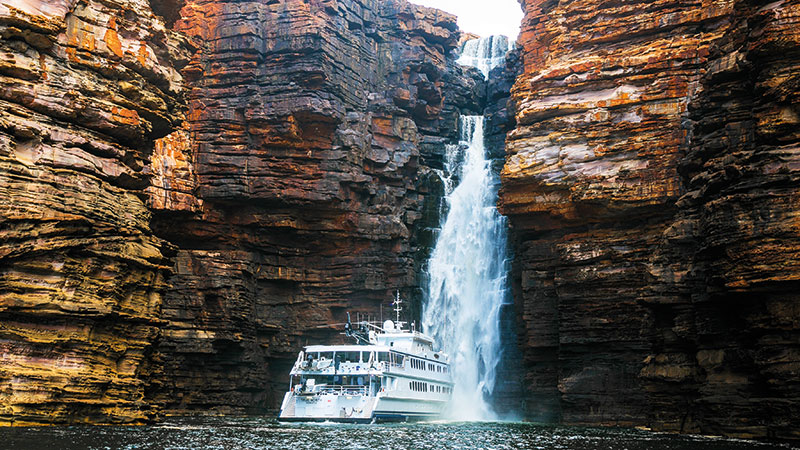 2017 sees the 30th anniversary of North Star Cruises, with founding director Craig Howson commencing fishing charters along the remote Kimberley coast back in 1987.

Howson was spellbound by the ruggedness of the area, with its 2,500 islands and numerous river systems with spectacular gorges and waterfalls, and since then, many thousands of passengers have been held spellbound too.

In 1999, North Star added the luxurious True North into the equation – a 28-guest adventure-cruiser that was more of a floating boutique hotel complete with a rooftop helicopter. The current 36-guest vessel still shows off the Kimberley, but also ventures to Papua New Guinea, the Raja Ampat and Komodo Islands, the Eyre Peninsula and Sydney Harbour.

The routes may vary but the level of luxury never wavers. No wonder the True North garners so many awards.