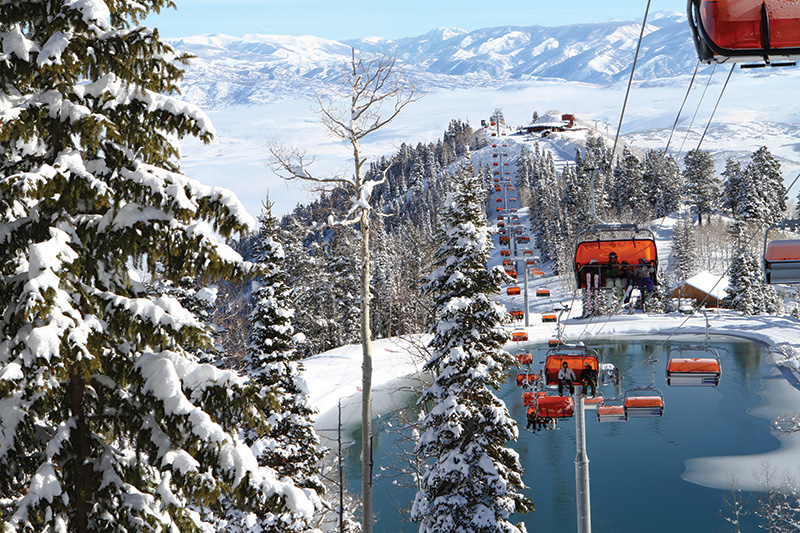 IT HAS THE BIGGEST RESORT IN THE USA
It was pretty big news in the ski world; Vail Resorts had purchased Park City Mountain Resort, having picked up neighbouring Canyons Resort the previous year. They were going to link the two resorts together to create the biggest ski resort in the USA. And they did, unveiling the lift that joined the two – the Quicksilver gondola – on 18 December, 2015 with the usual celebratory champagne bottle smash.
The numbers are impressive – the new mega resort – known as Park City, has 2,954 hectares of terrain, on over 300 runs (that’s just the named ones), 17 mountain peaks, 38 lifts, seven terrain parks, 14 bowls, six natural half pipes, one super pipe and one mini pipe. 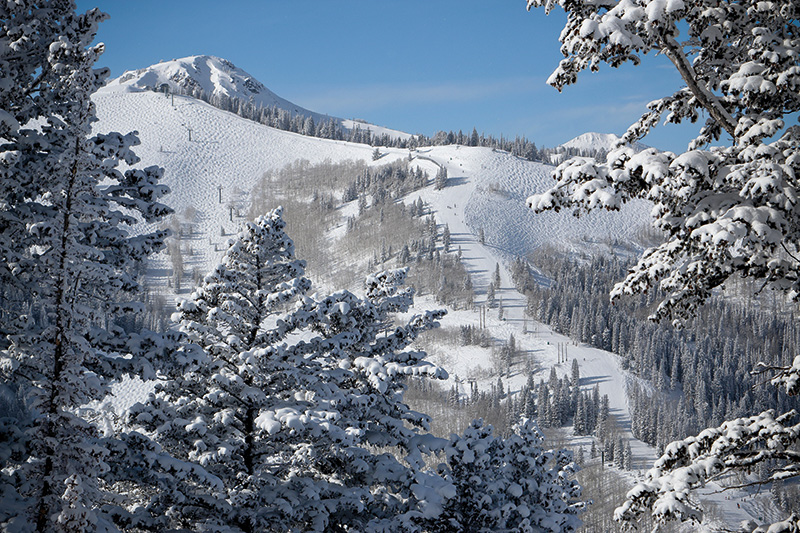 IT HAS DEER VALLEY
If you like five-star service, immaculate grooming and the sound of a resort that only allows skiers, you’ll love Deer Valley. It was the first ski resort designed to have the same level of service as a five star hotel, with free ski storage, mountain ambassadors and helpful staff positioned at every lift and every signboard. The groomed runs are spectacular but so are the runs through the aspen groves and from the top of Empire Lodge. The views from Stein’s Way are exceptional and the Nastar race course is a blast and anyone can do it for a very reasonable price. And did I say there are no snowboarders? 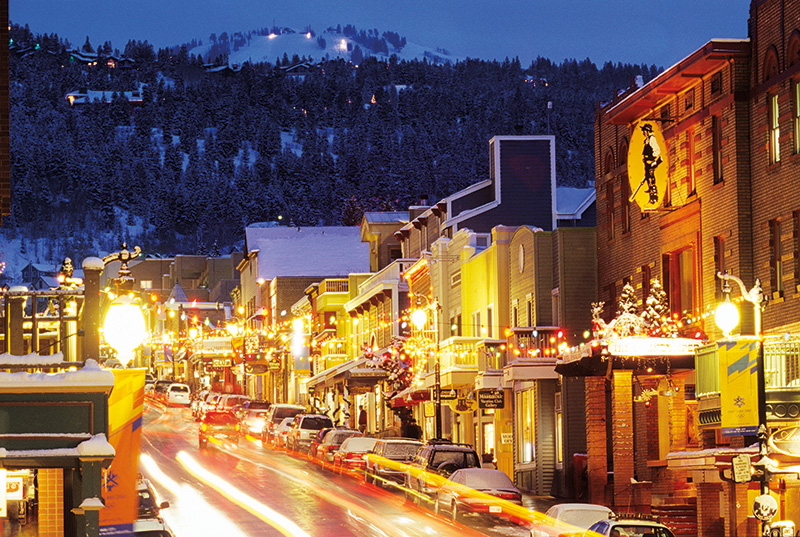 THE HISTORIC MAIN STREET
It’s easy to see that this was once a booming silver mining town (it created 23 millionaires), with the Old Town’s Main Street boasting 64 Victorian buildings on the National Register of Historic Places. Buildings that once housed raucous hotels and bawdy brothels now contain a host of restaurants and galleries and boutiques. Burns Cowboy Shop has been around since 1876, and should you be visiting during January, the Egyptian Theater hosts the famous Sundance Festival with celebrities aplenty. You can also see plenty of mining history when skiing around at Park City – with mine buildings, runs named after famous old mines and information boards dotted around. There’s even a free history tour. It is very cool that there is chairlift access to Park City direct from Main Street. 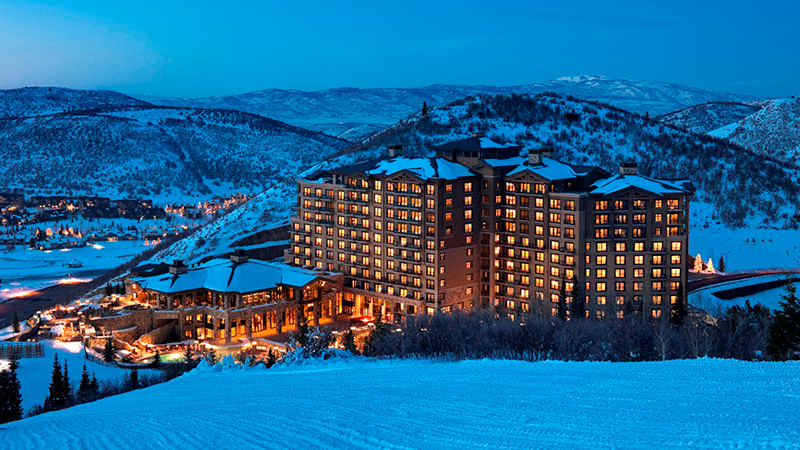 LUXURY ACCOMMODATION ON THE SNOW
With ski-in, ski-out access to the runs of Deer Valley, the Montage Deer Valley and the St. Regis make life easy. Deer Valley’s dedication to top service is replicated at both properties, with the staff ensuring everything is just right – they’ll even help take your boots off if you are too tired at the end of the day. Both have beautiful outdoor pools and hot tubs, s’mores by the fire pit, elegant accommodation, world-class spas and excellent dining options. Even if you’re not staying at the Montage, you should ski over for lunch or après drinks at Daly’s Pub. It is overflowing with bonhomie with an indoor bowling alley, a games room for kids, cowhide stools at the bar and food that will have you licking your fingers, while at the St. Regis, the J&G Grill is legendary. 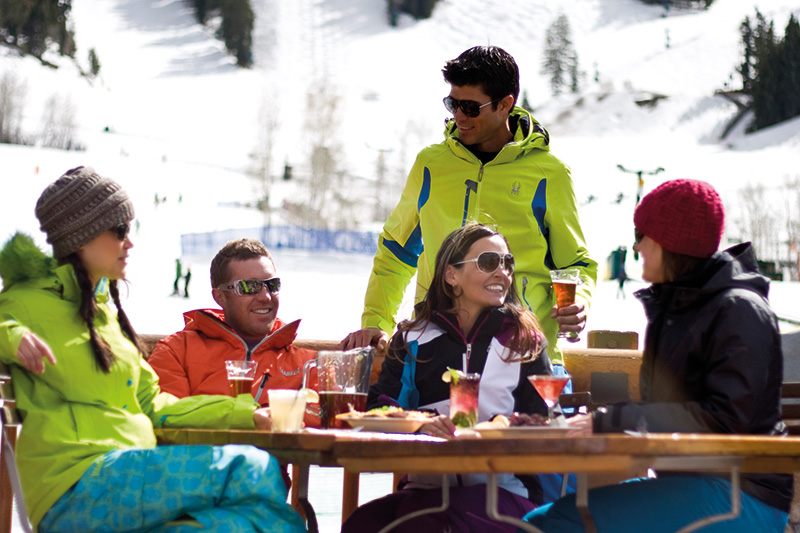 IT HAS SO MANY GREAT BARS AND RESTAURANTS
The dining scene at Park City is exceptional. In historic Main Street, some of the standouts are Chicayo for its fine southwestern fare (get the guacamole with crab), Bandits Grill for ribs, Grappa for Italian, Handle just off Main Street for American cuisine served on shared plates and Zoom – it’s owned by Robert Redford and he does pop in occasionally. A visit to No Name Saloon is a must – it’s a tourist attraction in its own right, and for lovers of whiskey and vodka the High West Distillery should be on the cards. There’s no excuse – you can even ski to the door as it is at the base of the town lift. Just don’t try and ski after too many nips! 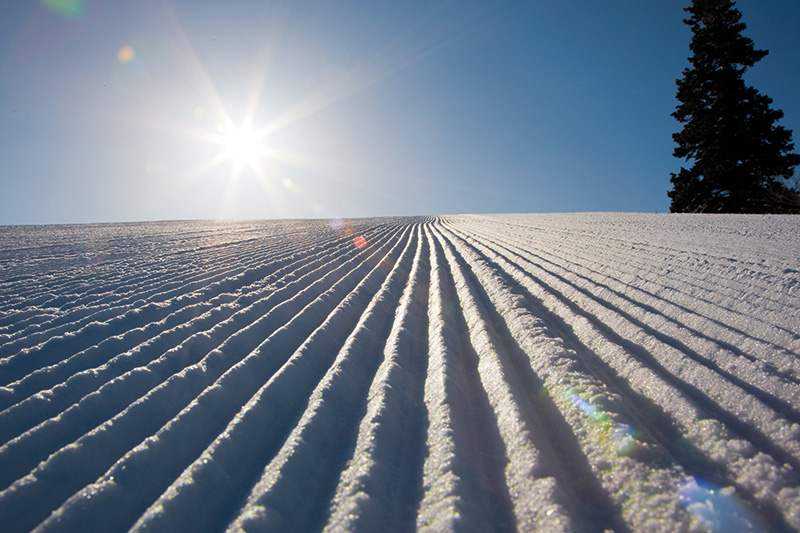 IT HAS AN OLYMPIC BOBSLED
Park City hosted the Winter Olympics in 2002 – who could forget Alisa Camplin and Steven Bradbury winning Australia’s first ever gold medals? Utah Olympic Park is where the bobsled, skeleton, luge, and Nordic ski jumping events were held and all are still operating and hosting events. Should you like blasting down a slick race track at what feels like warp speed, book a ride in the Winter Comet Bobsled where a professional bobsled pilot will take you through the ten curves reaching speeds of up to 104kph – pulling about 3G’s. Afterwards, calm down by checking out the Alf Wengen Ski Museum and the George Eccles Olympic Games Museum or strap in for some more action with the extreme ziplines, alpine slide, ropes courses or drop tower. 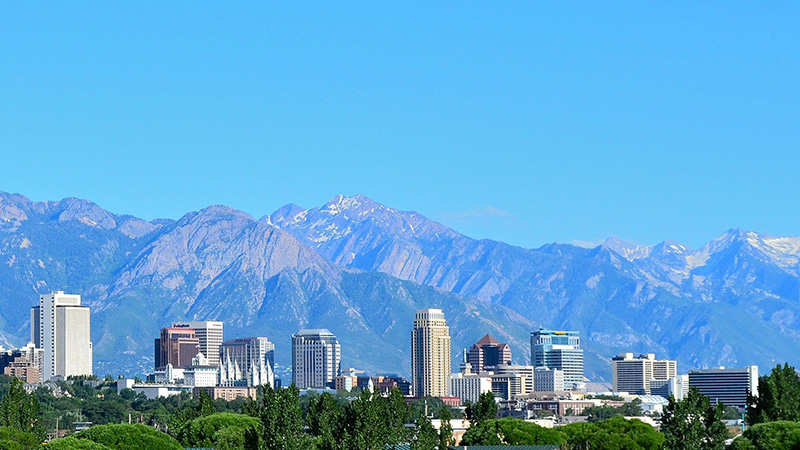 IT’S CLOSE TO SALT LAKE CITY
Just 35 minutes from Salt Lake City International Airport, it is an easy hop for Australians flying into Los Angeles. Salt Lake is worth a look around either pre- or post-ski holiday, with a host of world class attractions including the architecturally beautiful Utah Natural History Museum, Temple Square with the massive Temple that took 40 years to build, or the Museum of Contemporary Art. The other great things about Salt Lake City is that apart from the snowy delights of Park City and Deer Valley, there are seven other great ski resorts with 90 minutes’ drive – Alta, Snowbird, Solitude, Snowbasin, Powder Mountain, Sundance and Brighton. No wonder it is known as Ski City USA these days. 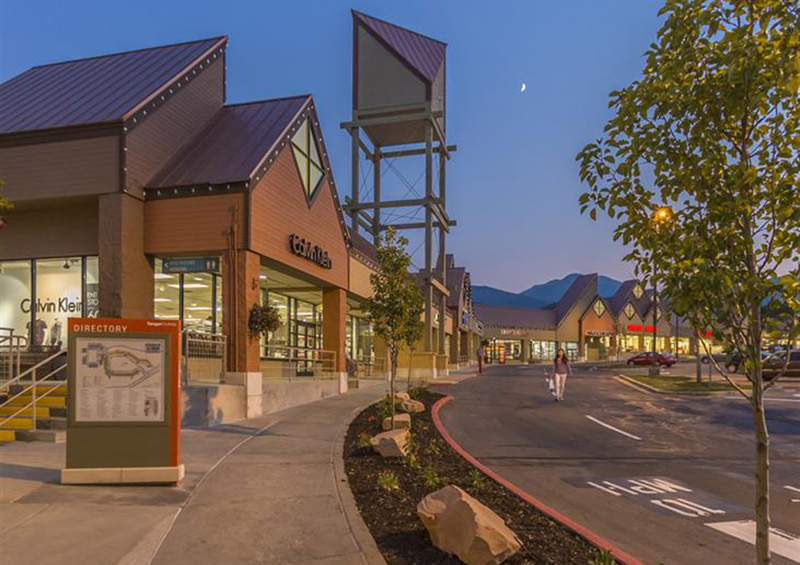 IT HAS A GREAT OUTLET MALL
Take time out from skiing and pick up some fantastic bargains at the Tanger Outlet Mall. All the big names are there including Polo Ralph Lauren, GAP, Guess, Banana Republic, Calvin Klein, Ann Taylor, Coach, Nike, Oakley, Abercrombie and Fitch and, just in case you buy too much and don’t have enough room, pick up a new case at Samsonite. 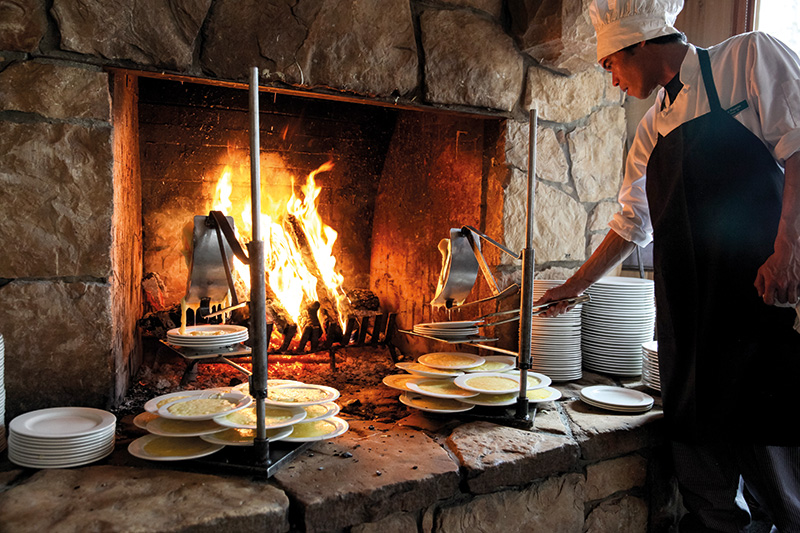 YOU CAN EXPERIENCE FIRESIDE DINING
A quintessential Deer Valley experience, don’t miss Fireside Dining at Empire Lodge. It is a feast with chefs preparing four courses served from five stone fireplaces. Tuck into warm Swiss raclette cheese, cured meats, fire roasted legs of lamb, salads, stews, potato rosti, risotto or polenta. Then there are the dessert fondues. Afterwards, go for a horse-drawn sleigh ride through the snow. Another Deer Valley staple is the Seafood Buffet at Snow Lodge. It is not what you expect – it is a magnificent meal served buffet style. People who don’t like seafood need not worry, there is a host of other dishes to try including the new trend of poke, tender meat cuts and more. •

Getting there
Qantas and Delta fly to LA then it’s a short 2½ hour flight to Salt Lake City and a 40-minute transfer to Park City.
• Qantas: qantas.com.au
• Delta: delta.com

Getting around
There is a free bus system, fuelled by biodiesel, that will take you wherever you want to go in town – from Main Street to Deer Valley Resort, Park City Mountain or the Olympic Park.