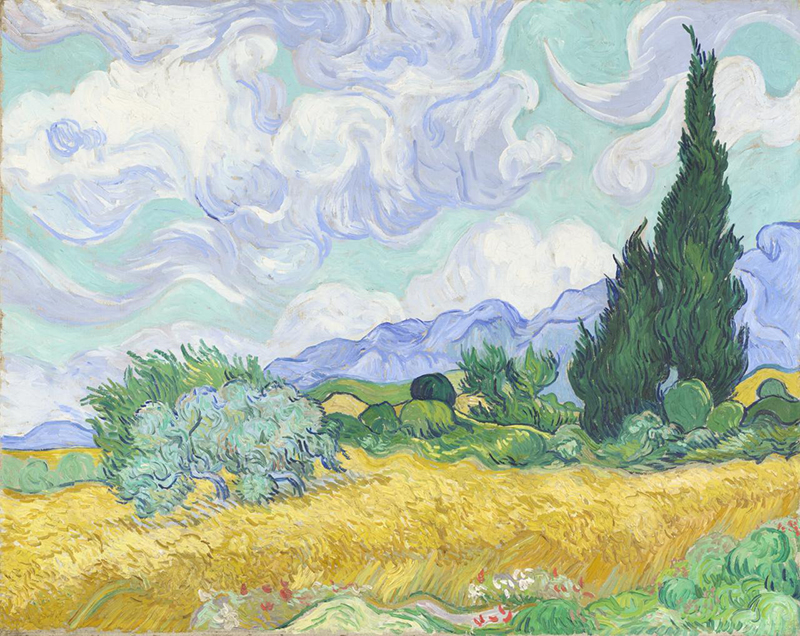 The largest-ever Vincent van Gogh exhibition to be held in Australia, Van Gogh and the Seasons, is on now at the National Gallery of Victoria (NGV) International in Melbourne.

Renowned Van Gogh expert and former Head of Collections at the Van Gogh Museum in Amsterdam Sjraar van Heugten has curated the exhibition, and will be joined by Vincent van Gogh’s great-grandnieces Josien van Gogh and Sylvia Cramer for the first reveal of the world-premiere exhibition on Thursday 27 April.

The exhibition is internationally exclusive to Melbourne and presents the largest collection of Van Gogh artworks to ever travel to Australia.

Featuring nearly 50 stunning, vividly-coloured Van Gogh masterpieces, Van Gogh and the Seasons explores the visionary artist’s profound connection to the seasons, representing the circle of life – spring, with its blossoming orchards and flowering meadows; summer, with fields of gold wheat shimmering under the sun; autumn, with bountiful harvests and solitary figures sowing seeds; and winter, with peasants digging potatoes out of frozen fields.

The exhibition invites viewers to contemplate Van Gogh’s life and experiences through his observations of the seasonal changes within the natural world.

Alongside the artworks, additional material is presented including a major multimedia installation and works from Van Gogh’s own art collection, and is further accompanied by a scholarly catalogue, a children’s publication, a dynamic program of talks, tours and events and the curated NGV Friday Nights program, featuring live music, food and performances.