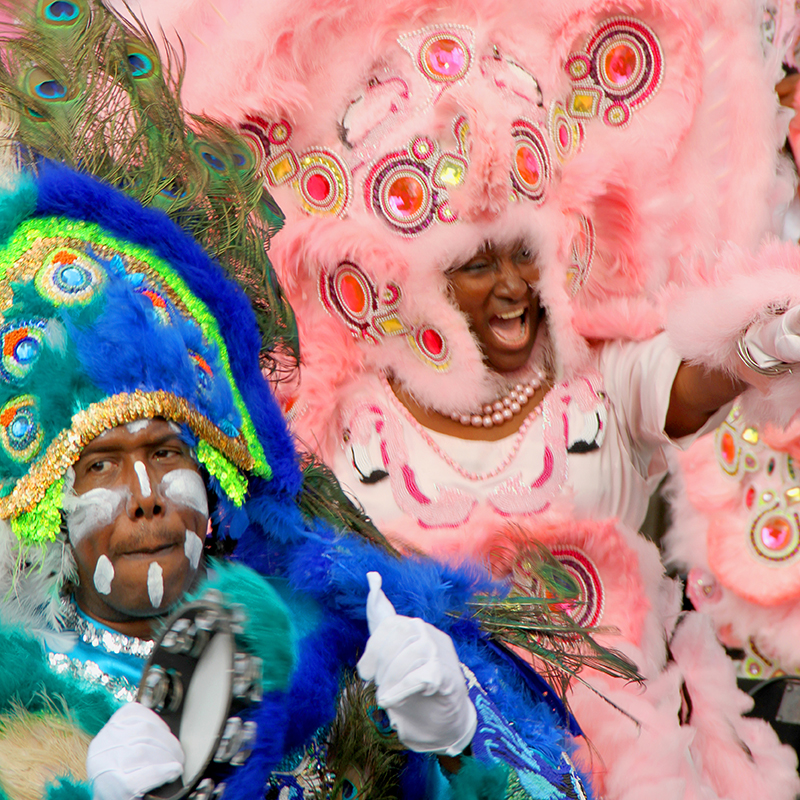 New Orleans defies definition, preferring instead to celebrate its eccentricities and let the good times roll. Here is a place where the sun rises over the West Bank (to the east of the city), where there is no canal on Canal Street, and where French bread is baked by Germans. With its wrought-iron balconies draped with beads and baubles, musicians playing on just about every street corner, and partygoers carrying plastic cups of alcohol through the sultry nights, it feels more like the northernmost outpost of the Caribbean than a Southern city in the United States.

Sure, New Orleans is full of confusion and contradictions. But its ever-present musical soundtrack, filled with soulful overtones and infectious rhythms, speaks both of spiritual endurance and celebration. Here is a place to enjoy the moment as you embrace the sacred in the everyday. 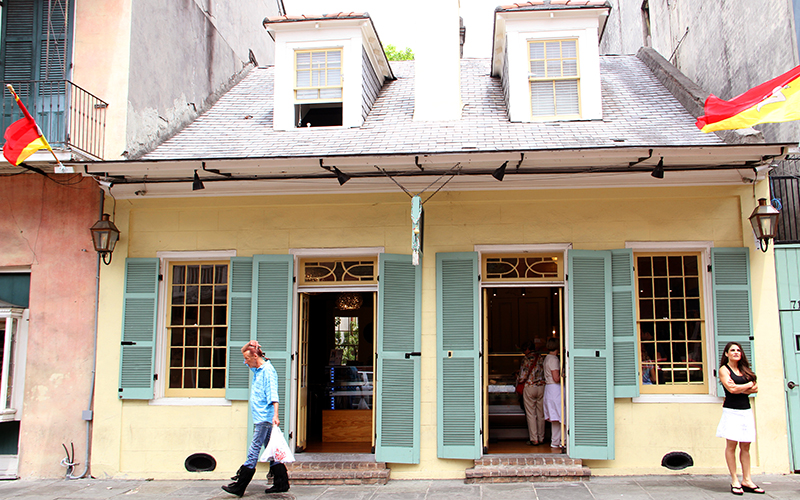 A multicultural melting pot
The city, which was founded by the French in 1718 as Nouvelle-Orléans, was taken over by the Spanish nearly 50 years later and only became English speaking after the US Civil War in 1865. The city’s rich African history comes from Senegalese slaves and the free people of colour who fled what is now Haiti after its revolution.

French-speaking Creole culture…blending black and white, Europe and Africa…was sophisticated and educated. The Cajuns, by comparison, moved into the nearby bayou all the way from Arcadia in Nova Scotia when they were kicked out by the English. 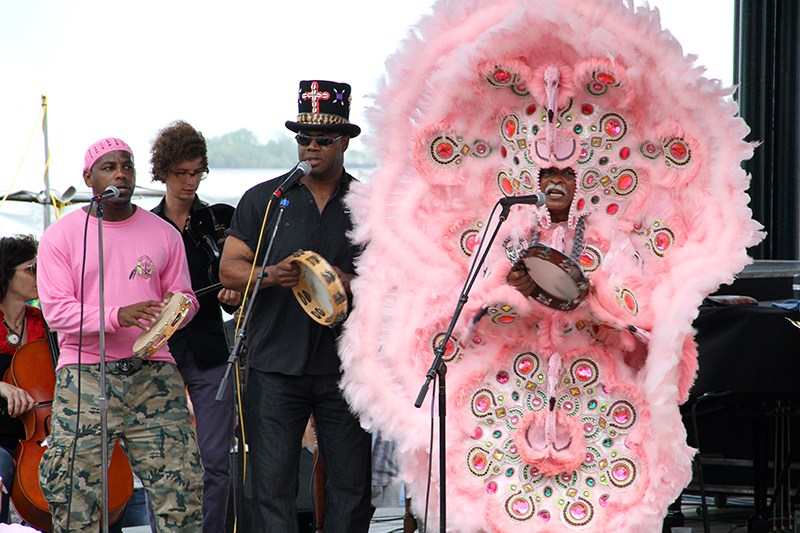 Over the centuries, new waves of immigrants came from Ireland, Italy, Germany and Vietnam, each adding their own rich cultural traditions to give New Orleans its multi-layered texture today.

An ever-present soundtrack
Here in the Big Easy, people live to play music as evocatively and flamboyantly as possible…on stage and inside churches, in bars and on street corners, in parades and, most joyously of all, at funerals.

This is where jazz was born and spread north up the Mississippi River to Chicago and New York. This is where Louis Armstrong got his groove, where rhythm and blues evolved from the slave songs of the cotton fields, where zydeco accordion tunes emerged from a mishmash of Cajun and Creole culture, where hip hop and bounce have their roots. 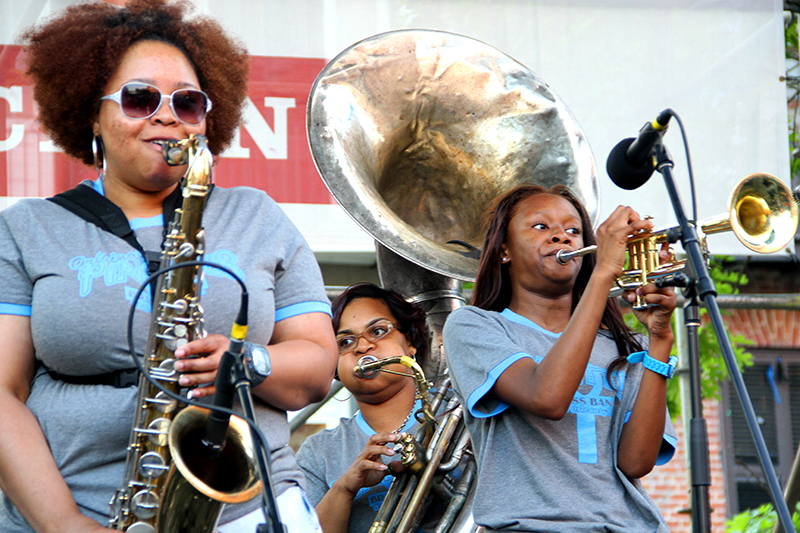 Get oriented in the French Quarter at Preservation Hall, where the sole purpose is to preserve, perpetuate, and protect traditional New Orleans Jazz, then head directly to Frenchmen Street in Faubourg Marigny, which is the throbbing aorta of New Orleans’ music clubs. 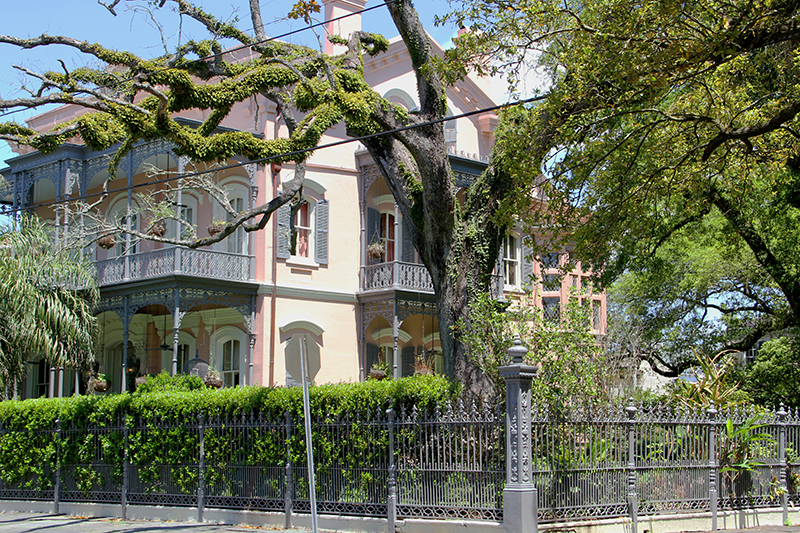 Check out the blue-and-gold Blue Nile, in the oldest building on Frenchmen Street, and the Spotted Cat Music Club, a popular jazz and blues hangout among many more. But don’t limit yourself to Downtown.

Other must-visit spots include The Howlin’ Wolf and New Orleans rock and funk joint Tipitina’s in the Warehouse District, Maple Leaf Bar in the Carrollton neighbourhood, and Chickie Wah Wah on Canal Street, not to mention Thursday zydeco night at Rock ‘n’ Bowl. 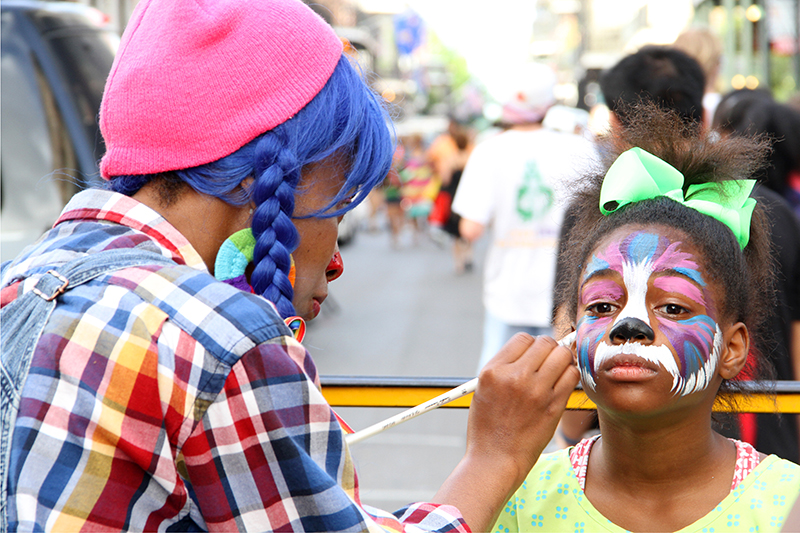 For something more laidback, head to Bacchanal Wine in the bohemian Bywater Historic District. This wine store turned casual restaurant offers a unique venue for the next generation of jazz greats to perform seven days a week.

And don’t forget the second-line tradition with brass band parades run by local neighbourhood clubs on many Sundays. You can follow the parades with a whole crew of locals who dance exuberantly, often twirling parasols or handkerchiefs in the air. It is the quintessential New Orleans art form. 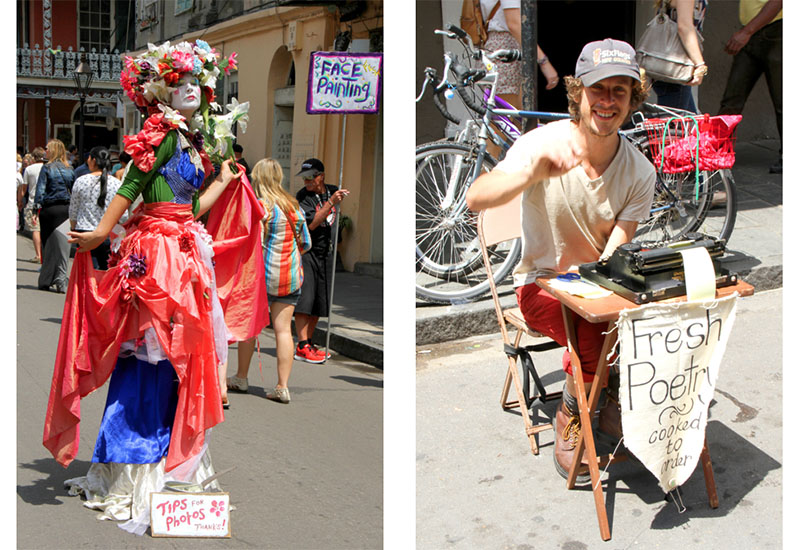 Typical NOLA for the first timer
For the first-time visitor, exploring the French Quarter is a must. Avoid touristy Bourbon Street, where college students make fools of themselves on cheap booze, and explore the quieter areas of the French Quarter, such as Charles and Royal Streets, to admire Creole townhouses with their cast-iron balconies.

Pop into St Louis Cathedral and listen to buskers around Jackson Square before checking out nearby Pirate’s Alley, former hangout of French pirate and privateer Jean Lafitte and also home to Faulkner House Books. New Orleans does cemeteries a little differently than the rest of the country. Since much of the city is below sea level, coffins are interred in above-ground mausoleums. 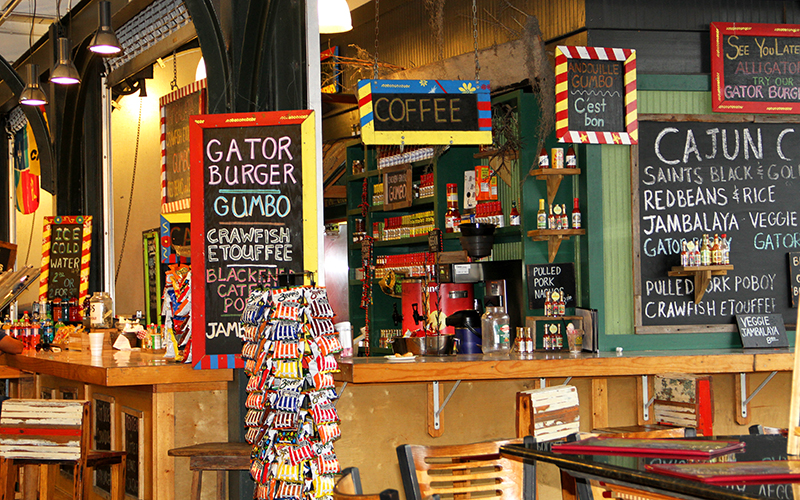 Take a guided tour of St Louis Cemetery No. 1, the most famous of many Cities of the Dead, where the Queen of Voodoo, Marie Laveau, has pride of place. You can also take a streetcar up to the Garden District and explore Lafayette Cemetery No. 1 without a guide.

The National WWII Museum is excellent, focusing on the US contribution to Allied Victory in World War 2. It houses a fascinating collection of artefacts from the Battle of Normandy and the European and Pacific theatres of war. 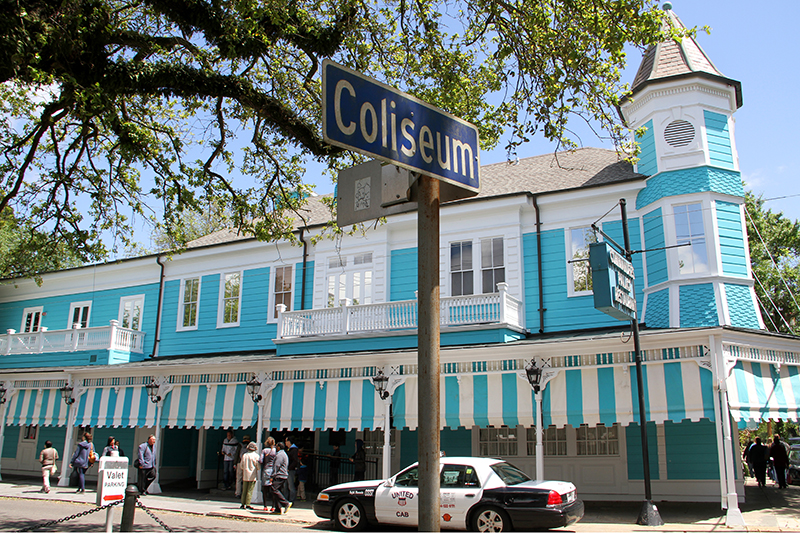 There are numerous war planes and a Landing Craft Vehicle and Personnel (LCVP) landing craft – better known as a Higgins boat – designed and built in Louisiana, as well as weapons, uniforms, and a 4D theatre experience narrated by Tom Hanks.

NOLA is just as much about food as it is music. Don’t know what distinguishes Cajun from Creole food? Want to learn the difference between gumbo and jambalaya, find out the origins of beignets and po boys and how to make them? 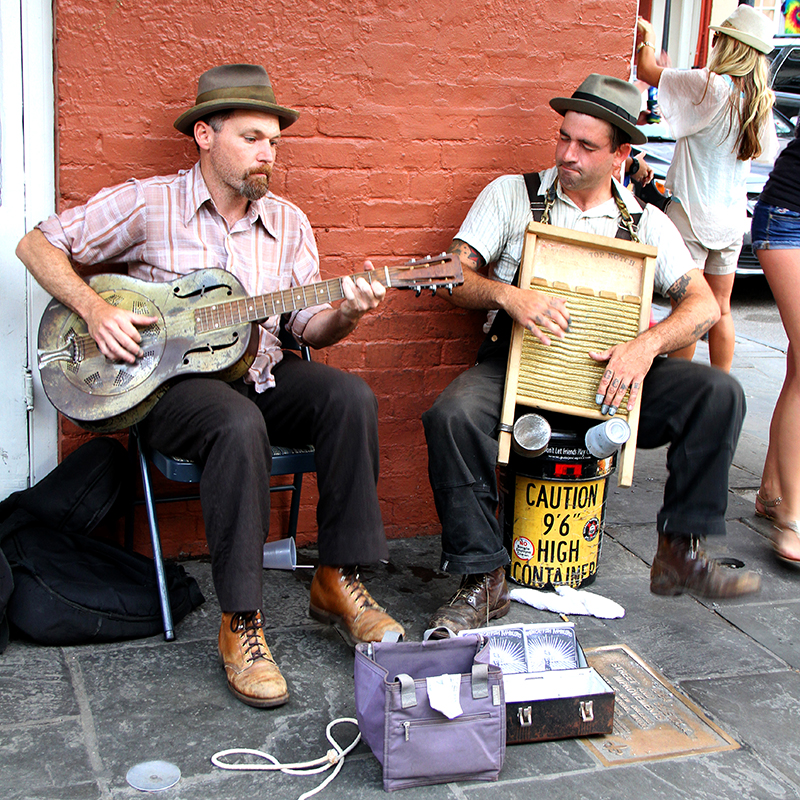 Sign up for a cooking demonstration and take-home recipes at the New Orleans School of Cooking. And, when your feet get too sore from walking on cobblestones, and the humidity is wearing you out, enjoy a Mississippi steamboat cruise on the historic Natchez steamboat.

Listen to live jazz and enjoy a cooling breeze with a mint julep or two on board as the Natchez chugs along the mighty Mississippi. •

So how does a 300-year-old city celebrate its special anniversary?
Well, no place parties better than New Orleans so its calendar is jam-packed with events all year-long.

Here are some highlights:
There will be a Tall Ships Festival alongside the Tricentennial NOLA Navy Week, a Voices of Congo Square Festival produced by the Mardi Gras Indians, Trombone Shorty & Orleans Avenue’s Treme Threauxdown performing on the first Saturday of New Orleans JazzFest, citywide family reunions with spectacular fireworks displays, and LUNA Fete – illuminating the city’s iconic architecture.

There are a whole host of exhibitions, too:
On the founding era; St Louis Church; and The Orléans Collection from the treasure trove of the city’s namesake, Philippe II, Duke of Orléans. In honour of its Tricentennial, New Orleans is also building a new airport, redeveloping its storied riverfront, and creating a 21st-century medical corridor.
2018nola.com 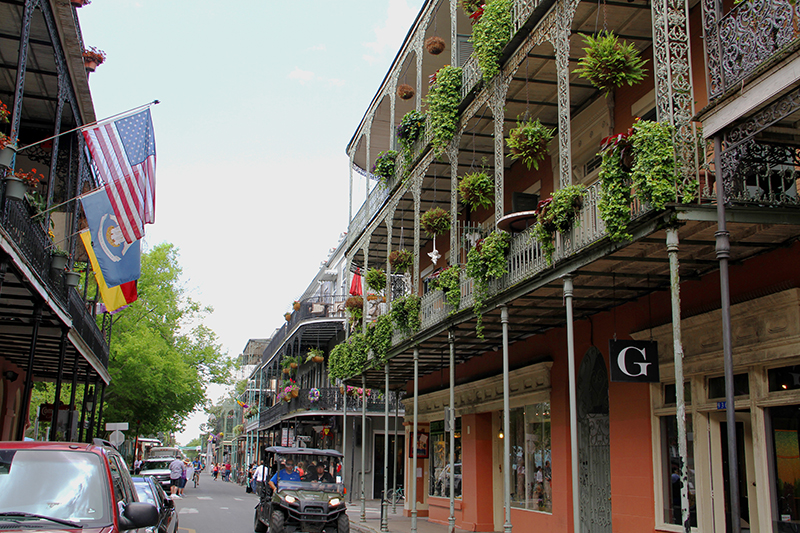 Getting there
United Airlines has brand-new daily flights from Sydney to New Orleans via Houston. united.com

When to go
The best time to visit is during spring (March to May) and autumn (September to November) when the weather is at its mildest.

Where to stay
• Ace Hotel is an über-hip hotel with a rooftop pool and bar plus live music venue in the Warehouse District. acehotel.com/neworleans
• Soniat House is a delightful boutique hotel in a quieter part of the French Quarter. soniathouse.com

Where to eat
You can eat your weight in jambalaya and gumbo, beignets and étouffée, but don’t stop there: the list of extraordinary restaurants offering a wide array of cuisines just keeps on growing.
Here are some of the best:
• Commander’s Palace: With its wide array of food and wine awards, this lollipop-striped institution in the Garden District is the guardian of Haute Creole cuisine. commanderspalace.com
• Toups Meatery: This rustic space complete with patio in Mid-City offers a menu of Cajun dishes plus cocktail pitchers. Its charcuterie selection will make your soul sing as it clogs your arteries. toupsmeatery.com
• Dante’s Kitchen: Located near Tulane University, this cosy cottage serves up a seasonal menu of modern Louisiana fare such as Louisiana blue crab cakes and a superb chicken-under-a-brick. danteskitchen.com
• Mopho: Offers innovative, reasonably priced Vietnamese fare with a New Orleans twist. mophonola.com
• HerbSaint: This Charles Avenue icon works with local farmers and fishermen to serve up contemporary, seasonal French-Southern cuisine with elements of rustic Italian cooking. herbsaint.com