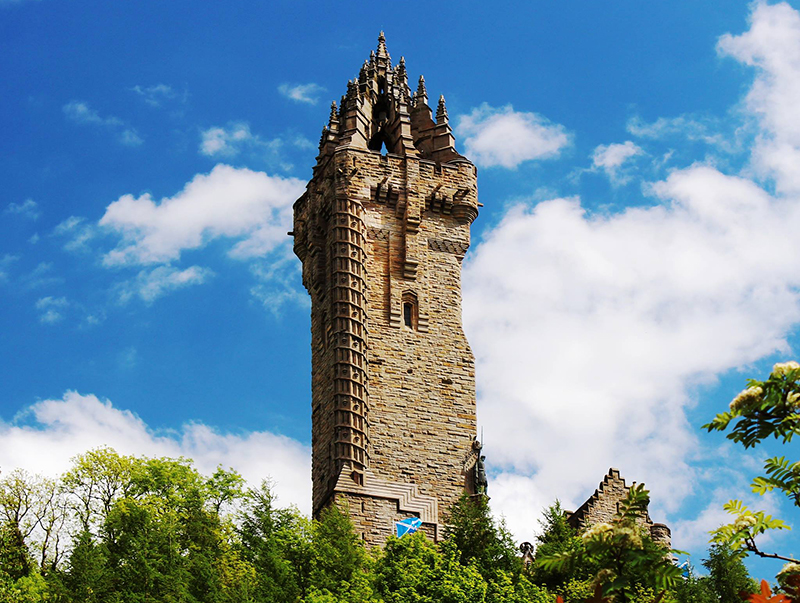 Who could forget that wonderful movie Braveheart about William Wallace, who defeated King Edward’s army at the Battle of Stirling in 1297. Sir William Wallace is Scotland’s national hero, and visitors can learn about his heroic antics at the National Wallace Monument located at the summit of Abbey Craig, a hilltop near Stirling.

Just a 40-minute drive north of Glasgow, the monument celebrates the life of Wallace, with three exhibition galleries in the tower. In the Hall of Arms visitors will learn about the early years of Wallace and what happened following the victory of the Battle of Stirling. The Hall of Heroes is where the famous Wallace Sword sits, a powerful symbol of his courage and skill. It measures 1.67 metres, and weighs approximately three kilograms. The sword was brought to the Monument in 1888 from its historic resting place in Dumbarton Castle.

The Hall of Heroes also has a display of medieval armour and weaponry used by both armies as well as 15 busts of other Scottish heroes. Walk up to the Crown at the top of the tower for one of the finest views in Scotland, from Ben Lomond and the Trossachs in the West, through the Forth Valley past the city of Stirling and the Ochil Hills to the Pentland Hills in the East.