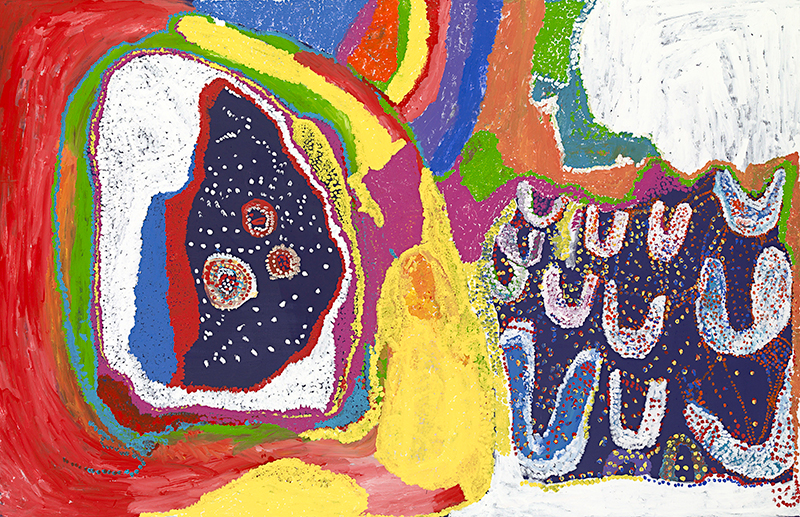 Who’s Afraid of Colour? is an important exhibition at the National Gallery of Victoria (NGV) bringing together more than 200 contemporary artworks by 118 Indigenous Australian women. Encompassing works from customary woven objects and bark paintings, to contemporary acrylic canvases and modern photographic and digital works, this unprecedented survey of Indigenous Australian women’s art is on now.

This piece travelled to the Royal Academy of Arts, London as part of the Australia exhibition in 2013. Paintings by Warlpiri artist Lorna Napurrurla Fencer, mixed media and video works by the interdisciplinary Tasmanian Aboriginal artist Julie Gough, and paintings by the renowned Gija artist Queenie McKenzie of Warmun, Western Australia are also on show.

The exhibition is on until April 2017.
ngv.vic.gov.au