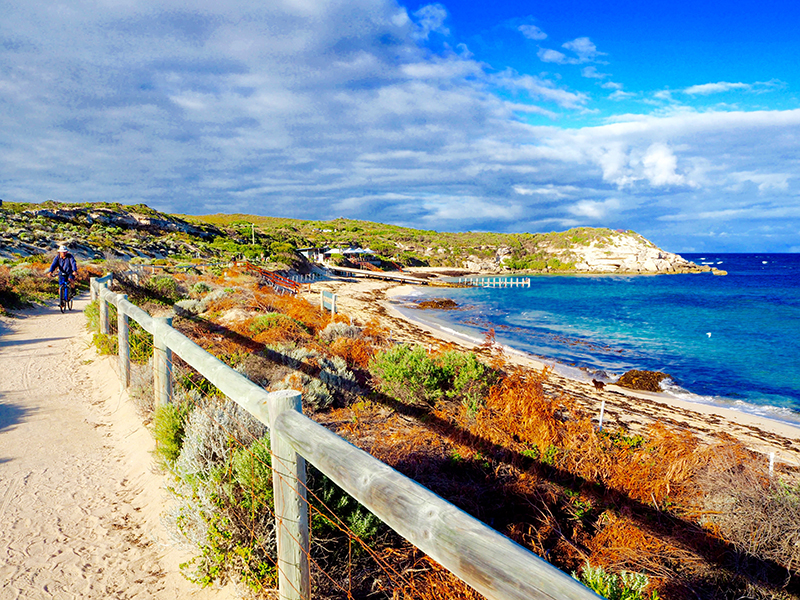 In the southwest corner of Western Australia and an easy four-hour drive from Perth is the majestic Margaret River. This beautiful region is renowned for its rugged coastline, magnificent surf, world-class wineries and national parks.

We recently spent five nights in the Margaret River region, which included two-nights at Bunker Bay in the award winning Pullman Bunker Bay Resort, and three nights at Margarets Beach Resort, located closer to the centre of town and only a stones throw away from the world famous Margaret River coast and surf beaches. 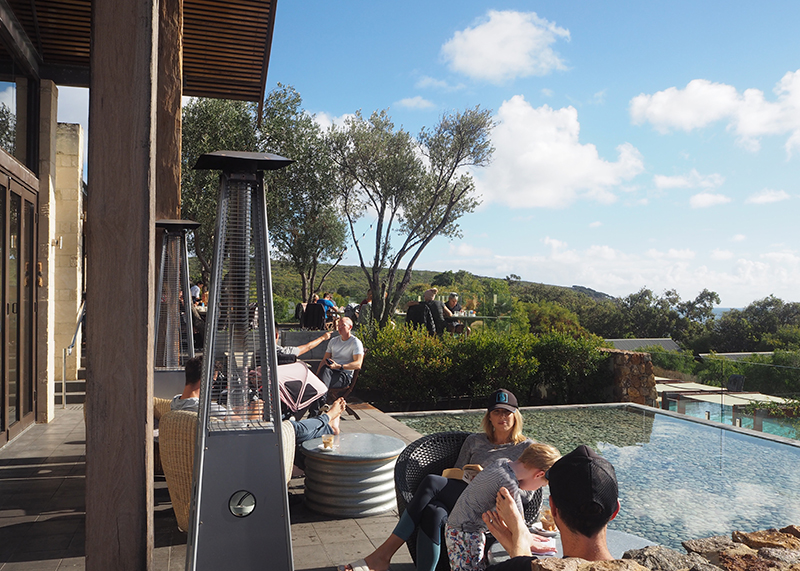 The Pullman is ideally positioned on absolute beach front on the sparkling Bunker Bay and is nearby to a plethora of beaches and national parks. It has a variety of accommodation including: studios, one/ two and three bedroom villas.

Once settled into our studio villa accommodation, we take a casual walk through the resort and in a few moments we’re walking on Bunker Beach to be greeted by a few fishermen, a handful of surfers and a local walking the dog. This is about as busy as it gets. 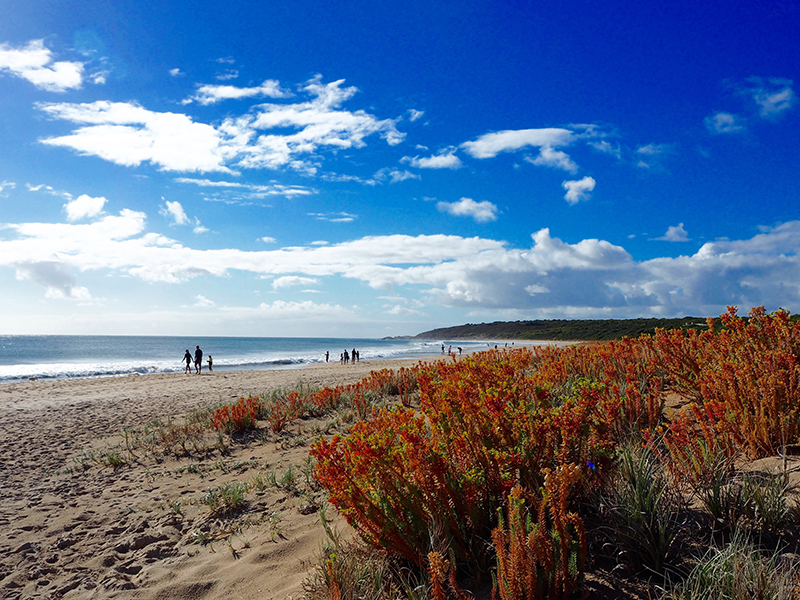 The Indian Ocean is sparkling and with the sun smiling down upon us we indulge in a refreshing swim then head up to have lunch at the resort. After a delicious feed, we take a short drive to Eagle Bay, which is located at the start of Meelup National Park.

The drive to Eagle Bay takes you through some of the most pristine countryside and not long after, we arrive at a gorgeous little cove called Point Picquet where there’s perfect small waves breaking with a gentle off shore breeze and not too many surfers out. 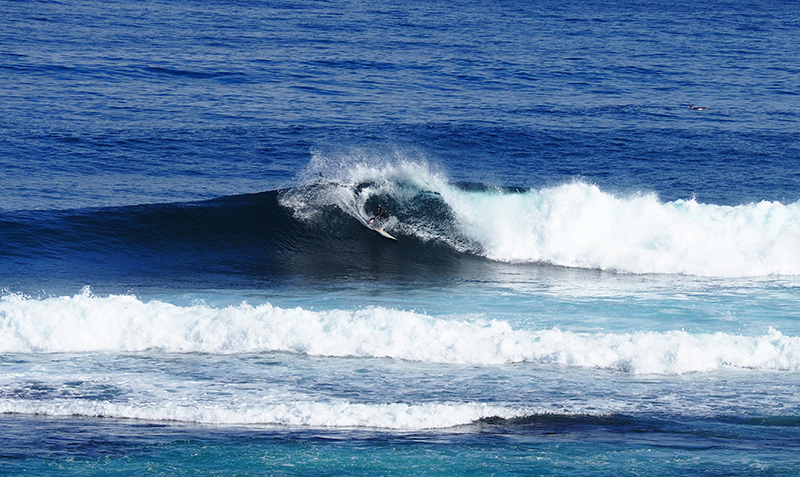 I couldn’t get out there quick enough to grab a few waves on my borrowed 9’6’’ Malibu surfboard.

After an epic surf, we drive down the coast a few more kilometres where we park and go for a two-hour coastal walk from Castle Rock Beach to the town of Dunsborough. The walk takes us past beaches and through the bush, and our only company for the entire walk are the local birds. 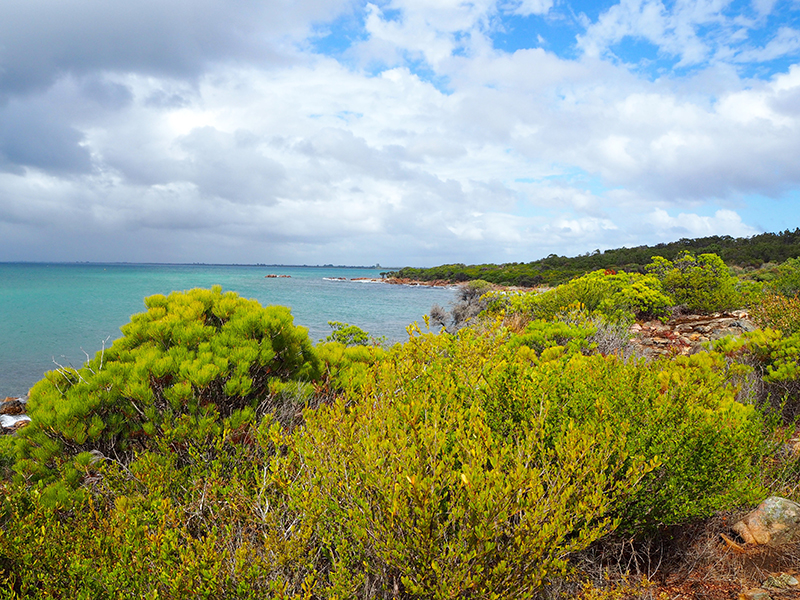 Walking is thirsty work, so before the day comes to an end, we visit a local winery named Wise Wine to check out some of the renowned Wise Wine Eagle Bay series Chardonnay, Cabernet-Sauvignon, and Shiraz.

Our host at the winery is a champion and goes glass for glass with us during our tasting session and I’ve got to say it was one of the most pleasurable and entertaining cellar door tastings, ever!

On the way back to the Pullman Bunker Bay, we venture to the exceptional surfing location, Yallingap Beach, where the ocean is wild and windy with massive waves. From here, with the sun slowly going down, we venture nearby to Sugarloaf Rock, which is renowned for its dramatic coastal sunsets. We are rewarded with a memorable sunset melting into the Indian Ocean. 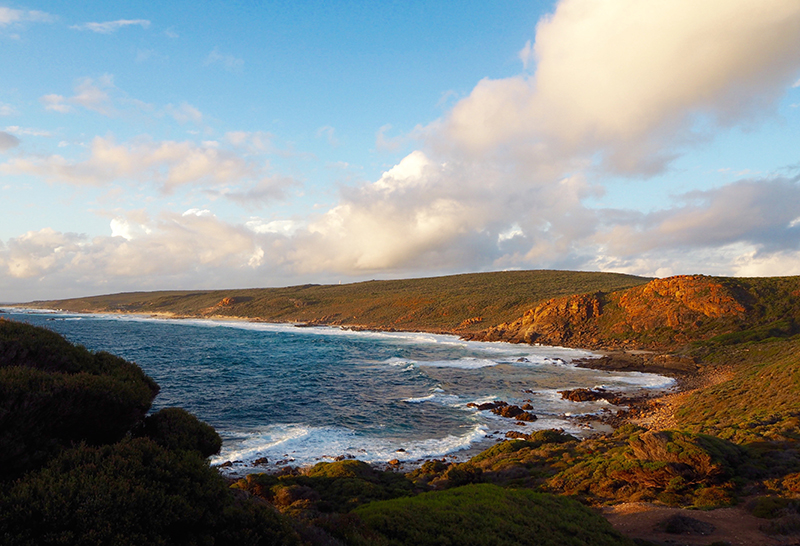 Our two days at the Pullman Bunker Bay Resort were way too short but it was an exceptional experience that will not be forgotten for a long time. 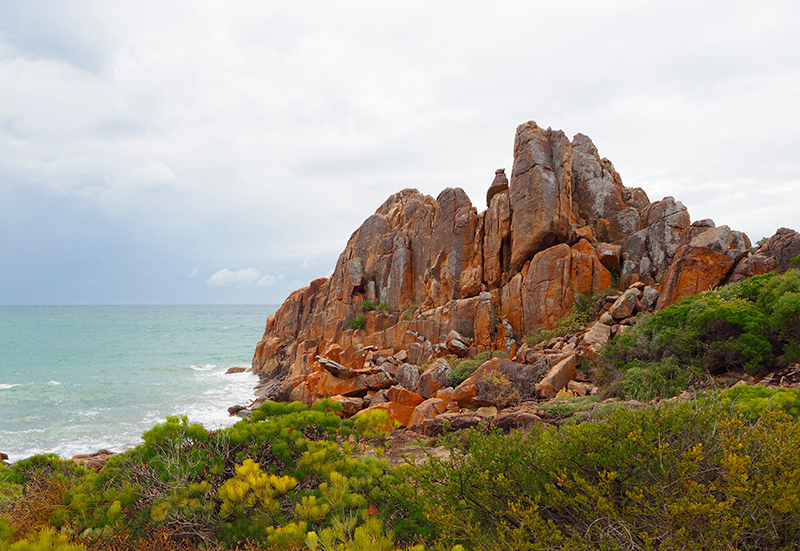 For the next three nights, we stay at Margarets Beach Resort virtually located right on the beautiful and rugged Margaret River Coast.

The drive to Margarets Beach Resort is only 50 minutes away from Bunker Bay and we make a very important stopover at the Margaret River Giniversity, aka the Margaret River Distilling Co. This fabulous gin distillery is where you get educated and shown how gin and other alcohol is produced and distilled, as well as sample all the different flavoured gins. 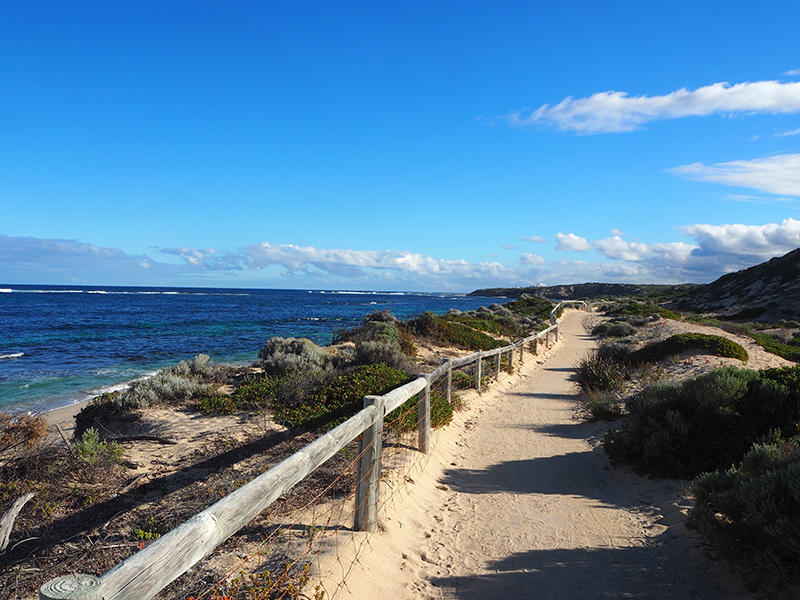 This was a unique and enlightening visit and our highly knowledgeable and passionate gin host ensured it was memorable.

Margarets Beach Resort is four-star apartment accommodation that’s moments away from some of the best surf in the world, making it the favoured haunt for many of the world’s best surfers and officials when the WSL Margaret River Pro sanctioned world surfing event rolls into town. 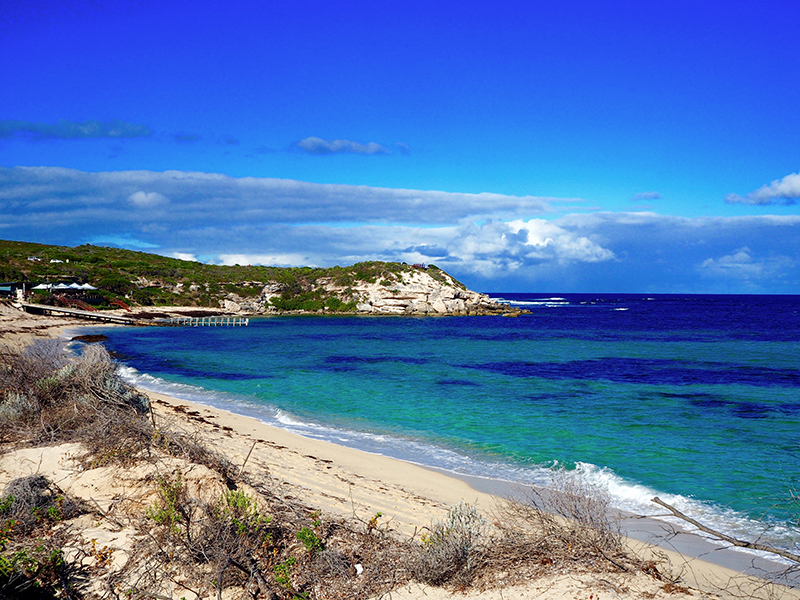 The variety of accommodation available at Margarets Beach Resort ranges from studios to one- and two-bedroom with spa townhouses and beach houses.

This year’s WSL Margaret River Pro event coincided with our trip and I was hoping to catch the last couple of days of this year’s contest. Unfortunately, the event was cancelled prematurely due to a pack of uninvited gnarly great whites that caused major carnage by attacking two surfers less than six kilometres away from the contest zone. A decision to cancel the event was made by the contest CEO to the dismay of myself and many of the competitors and locals alike. 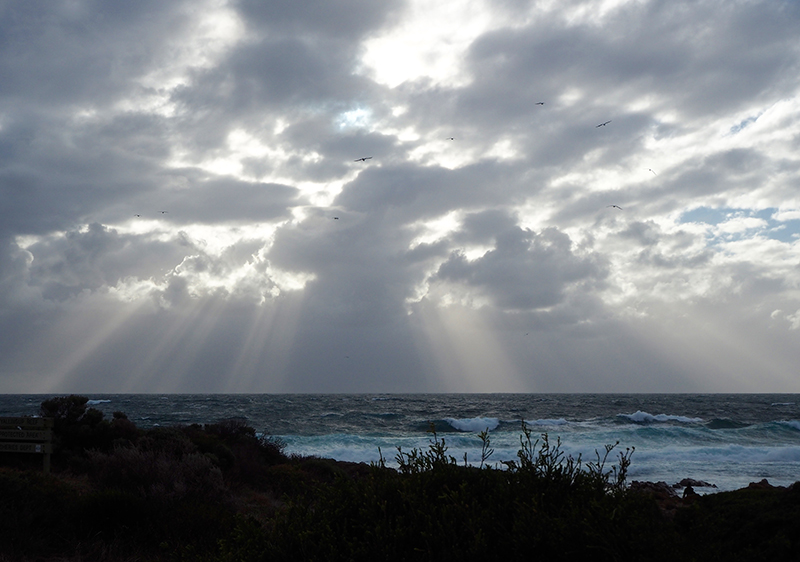 Near where we were staying was where the contest had just been cancelled which meant the crowds had dissipated and allowed me to surf in perfect uncrowded conditions.

Before I hit the water, I take a moment to give thought to the event that had only just been cancelled and the heartbreak it must have caused the local businesses and community, competing surfers, the grommets and everybody else involved in organising and supporting such a monumental event. Seeing the empty stands that had yet to be dismantled and the vacant contest official areas just sitting there was a very poignant moment indeed. 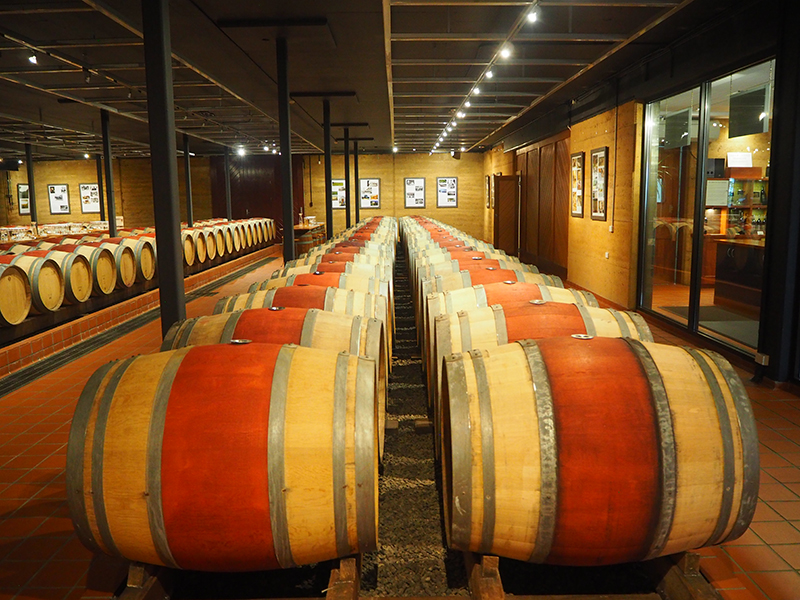 After my surf, we visit the first of two wineries—the award winning Cape Mentelle Winery. Included in our extremely educational tour is a walk through the vineyard. Our guide then takes us through the winemaking process, from harvesting and crushing of the grapes to the barreling and maturing process, right through to drinking the finished product. The tour concluded with an educational wine and food-pairing finale.

The following day, we visit the second award-winning winery, Vasse Felix Winery. Another excellent and informative visit, which again took us from the vineyard right through to the matured bottled product and finished with a cellar door tasting. Our tour concluded with a glorious meal in the Vasse Felix Winery Restaurant, which overlooks the winery’s majestic vineyard. 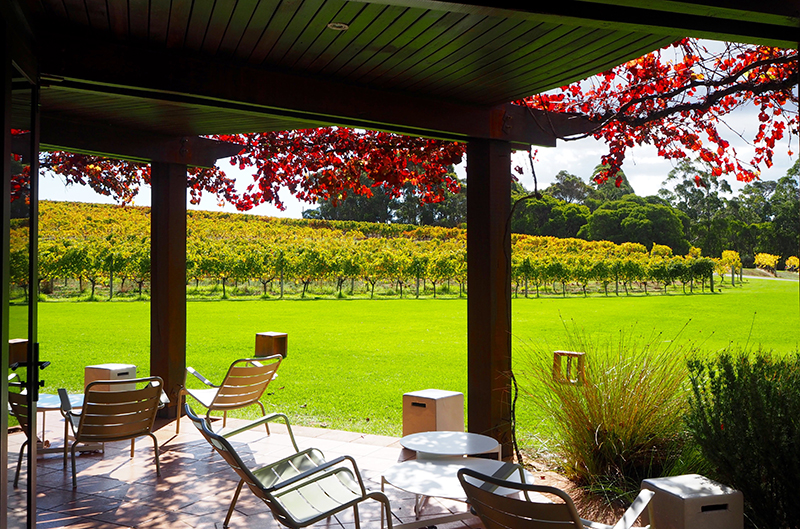 The next day, we drive to the isolated and beautiful Hamelin Bay, where we witness local fishermen pulling in their nets, brimming full of hundreds of salmon. As we watch this extraordinary salmon extravaganza, stingrays inquisitively glide around the crystal clear waters near the beach, wondering what all the fuss is about.

Hamelin Bay Beach is shimmering and the ocean is a gorgeous turquoise colour, complete with beautiful white sand and minimal crowds. Also, the drive to Hamelin Bay takes you through some of the most beautiful Australian vistas you could ever drive through. 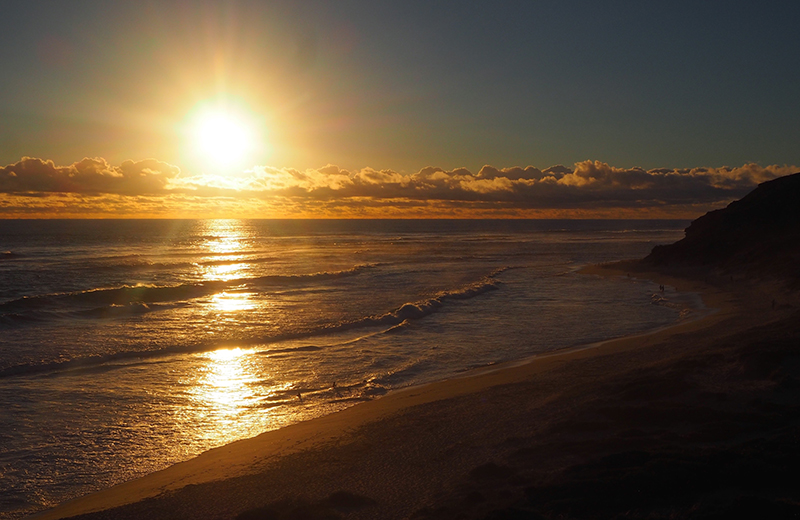 We only spent five nights in Margaret River and just scratched the surface of what’s to see and do. But in such a short time, an indelible memory of an extraordinary region has been cast in our minds forever. •