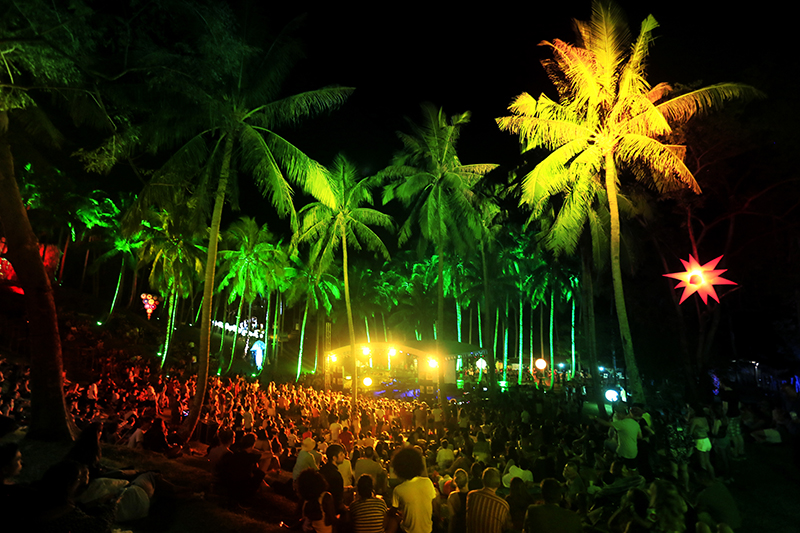 Imagine a festival, situated 250 metres above sea level, at the foot of a mountain, overlooking Puerto Galera Bay one of the most beautiful bays in the world, set in a grass terraced amphitheatre containing acoustics that are second to none. This is the reality of the Malasimbo Music and Arts Festival, which is set to take place this year from 23rd to 25th March at Puerto Galera, Philippines. The festival hosts approximately 2,500 people per day and is now in its eighth year.

Malasimbo 2018 will feature Australian bands Hiatus Kaiyote and Laneous, as well as popular Filipino artists such as Ruby Ibarra, Skarm, CRWN, Yung Bawal and many more to be announced. Aside from a diverse music line-up, this year’s highlights will include hosting a competition between 18 of the best DJ’s in the Philippines. Miro Grgic, the festival’s founder and director, is an Australian who now lives in the Philippines. Passionate about music, Miro studied to become a Sound Engineer and a Manager in Queensland. Whilst working in Manila, he was inspired by local musicians and decided to create the annual festival to boost the local music scene. 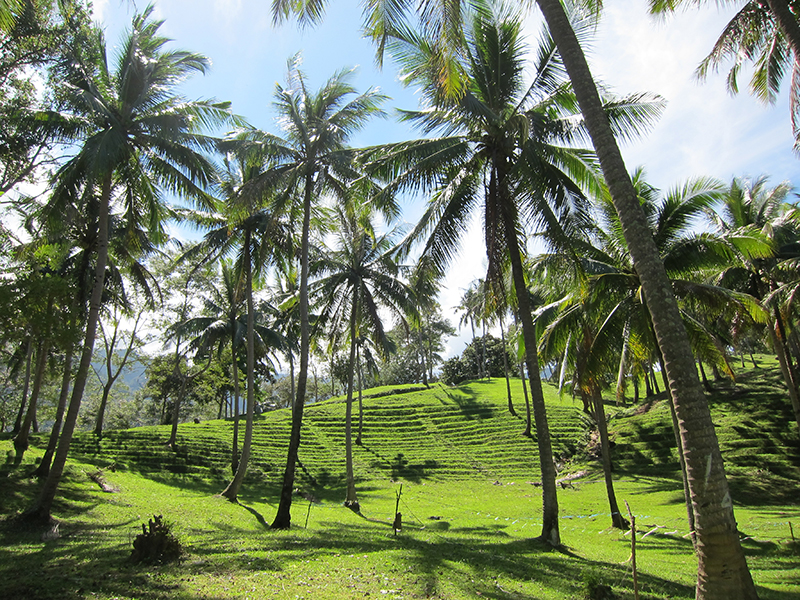 “The Malasimbo experience is a celebration of good music whilst maximising the natural and quality acoustics of this beautiful location. The venue, arts and local culture are also integral to the overall magic. As the venue takes a bit of effort to get to, our guests can sense that they are somewhere special and tend to arrive and relax right away, leaving the stresses of the city behind,” said Miro.

At Malasimbo there is no plastic, the food is served in coconut shells and banana leaves and the cutlery is made from corn starch to help sustain and protect the environment. “Coconut is our preferred energy drink,” added Miro.

“With multiple venue options available, the Philippines now hosts more festivals, concerts and events than ever before, helping to attract a diverse range of travellers to our beautiful country. This year, the Philippines will host an array of events of all sizes. We look forward to welcoming new and returning music artists to festivals, or as part of their tour schedule, as well as globally celebrated iconic events such as ComicCon Asia.”

“As the number of international visitor arrivals to the Philippines continues to grow, our hotel industry is in the middle of a building boom, with an additional 20,000 rooms expected to open by 2020. In addition, our multi-airport development is designed to address the projected increases in passenger traffic to the Philippines,” explained Delos Reyes.

Other fun events coming to the Philippines in 2018

1. Incubus, an American rock band will hold a concert at the Smart Araneta Coliseum on the 17th February.
2. Paramore, the American rock band will return to the Philippines after five years, performing as part of their Tour Four at the Mall of Asia Arena on the 18th February.
3. Wanderland is an annual music and arts festival, this year taking place on the 10th March at the Filinvest City Event Grounds, Alabang.
4. Russell Peters, the comedian has returned to live touring with his Deported World Tour. He will perform at the International Convention Center Plenary Hall, Pasay City on the 10th March.
5. John Legend, an award winning singer, songwriter and actor is performing in Manila at the Smart Araneta Coliseum on the 21st March as part of his Darkness and Light tour promoting his latest album.
6. ComicCon Asia, is an industry conference where the best of comics, movie, series, anime, manga, toys, gaming and cosplay come together. Held on 24th to 25th March at the SMX Convention Center Pasay City.
7. Katy Perry, a global pop superstar is bringing her Witness the tour to the Philippines on the 2nd April, performing at the Mall of Asia Arena.
8. Zedd, the Grammy award winning DJ will return to the Philippines as part of his Asian Tour Echo on the 13th April at the Smart Araneta Coliseum.
9. The Script will be performing for one night only on the 14th April at the Mall of Asia Arena as part of their Freedom Child Tour.
10. Niall Horan, the Irish singer songwriter with several number one hits, both on his own and as a member of One Direction will be Live in Manila, on 10th June at the Mall of Asia Arena.

Getting there
Philippines Airlines: philippineairlines.com
Puerto Galera is located approximately three to four hours outside metro Manila. To get there, go by road to Batangas, then a ferry ride to Puerto Galera.