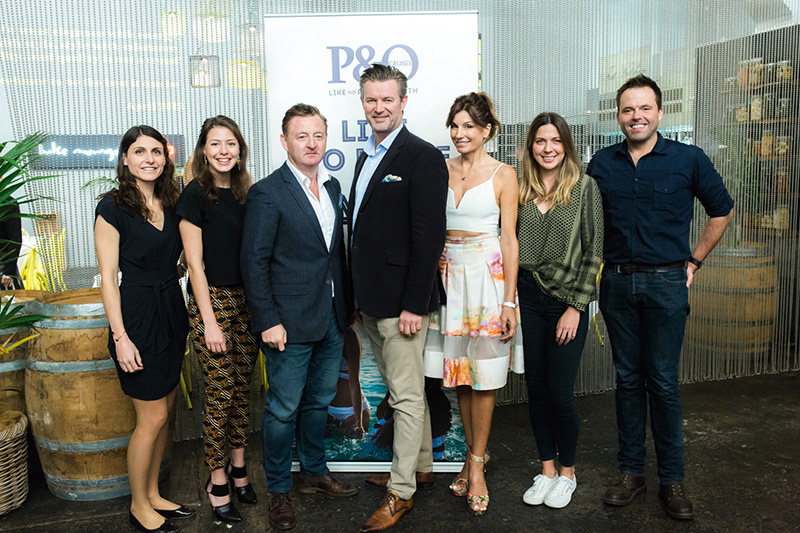 After calling on foodies from all over the country, renowned Australian restaurateur Luke Mangan has picked Sammy Jakubiak and Sofia Levin as the short-listed finalists in his ‘Search for a CEO (Culinary Experience Officer)’ campaign.

Launched in March, the campaign marks Mangan’s milestone of being the first restaurateur in the world with dishes served on land, sea, air and rail, which include partnerships with Eastern & Oriental Express, Virgin Australia and P&O Cruises.

Passionate foodies, home cooks and drinks virtuosos from all around Australia have entered the competition, for the chance to be short-listed for the following categories: The Drinks Connoisseur, The Artisan Supplier, and The Talented Home Cook.

After going head to head with their incredible dishes against three other contestants at Mojo by Luke Mangan in Sydney’s Waterloo last week, Sammy and Sofia drew a tie, with both ladies selected for The Talented Home Cook category. Sammy Jakubiak and Sophia Levin show off their winning creations

Sofia created a fresh and flavoursome beetroot cured kingfish dish, while Sammy ended the five-course lunch on a sweet note with her unique take on cheesecake, featuring orange and amaretto.

Sammy and Sofia join Luke Ashton who won The Drinks Connoisseur category and the yet to be decided Artisan Supplier, and will create a dish each to be available in all of Mangan’s Salt grill restaurants onboard all five P&O cruise ships.

The finalists will now go on to compete for the coveted CEO title, which will see one lucky winner land the role of a lifetime and enjoy a wealth of incredible travel and tasting experiences such as a four-night P&O cruise to Hamilton Island on board the Pacific Aria and join Mangan for his restaurant’s inaugural journey onboard the the Eastern & Oriental Express between Singapore and Bangkok.

As CEO, they will also create content for report on Mangan’s extensive portfolio, including a taste of Virgin Australia’s Business Class, as well as dinner at his restaurants in Asia and the Maldives.

Mangan opened his first restaurant at sea onboard a P&O Cruises’ ship in 2009 and now has a Salt grill onboard each of the cruise line’s five ships, with a sixth launching in June 2017 when P&O’s latest ship Pacific Explorer debuts in Sydney.