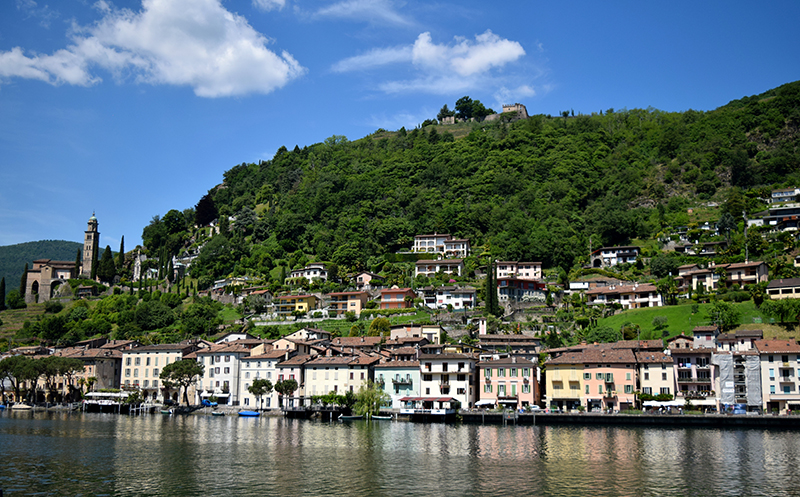 It wasn’t so much the opportunity to experience the new Gotthard Tunnel that attracted me to take the train between Lucerne and Lugano in the first place. In all honesty, there wasn’t much to see except for our reflections staring back at us on the window. It was, truth be told, the dullest 17 minutes of our journey through Switzerland.

However, as the train emerges from the darkness, I am reminded of the little surprises travel often reveals of the world. A sudden shot of blinding light so strong that I feared we dug a little too far and arrived Down Under. The temperature feels at least five degrees warmer than the glacial region of Lucerne we left behind, the air smeared with humidity, vegetation is dressed in a darker shade of green and the sky sapphire blue. Even the lake, although still considered glacial, is less the colour of Arctic and more moss green. 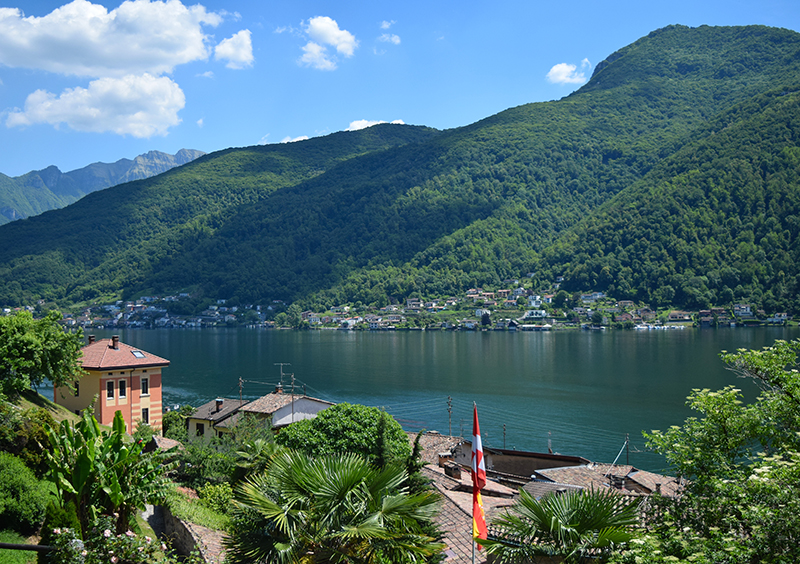 Toto, I don’t think we are in Switzerland any more.

“Welcome to the sunny side of Switzerland!” exclaimed Agnese at the hotel reception. “You’ll see, we do everything better here. We have nice wine, great food that is a mix of the Swiss and Mediterranean cultures, as well as Switzerland’s prettiest village!”

There is a phenomenon called the Rösti-ditch: invisible borders that divide Switzerland into mini-sub cultures. The divisions often go beyond language and cuisine. 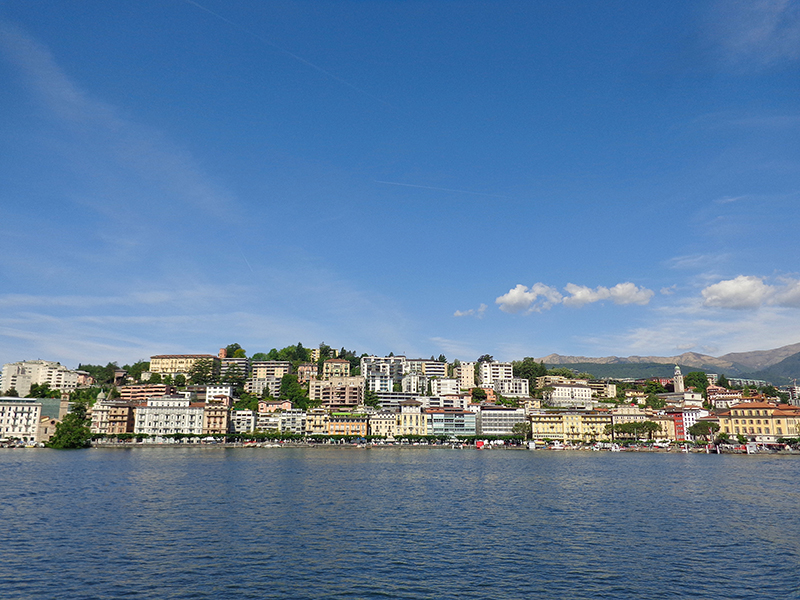 “People are more relaxed here,” answered Agnese when I asked her about the divide.

“For you as an outsider, you might think we are all one happy Swiss family,” she shrugs her shoulders to illustrate her next point, “but you don’t realise we sometimes really don’t get along. It’s a funny country.”

So a bit of competition then?

“Yes! Just a little bit!” She laughs. “But we won. See, last year Morcote on the lake was voted the country’s prettiest village. That’s where I was born! I suggest you visit.”

And I do. I stroll down to the lakeside via the old town, getting lost among the steep narrow streets that rings with calls of ciao bella and buongiorno, past trattorias, osterias and cafès nestled behind marble pillars that feel more at home in Milan. Having spent some time in the German-speaking parts, I am having trouble reminding myself that I was still in Switzerland. 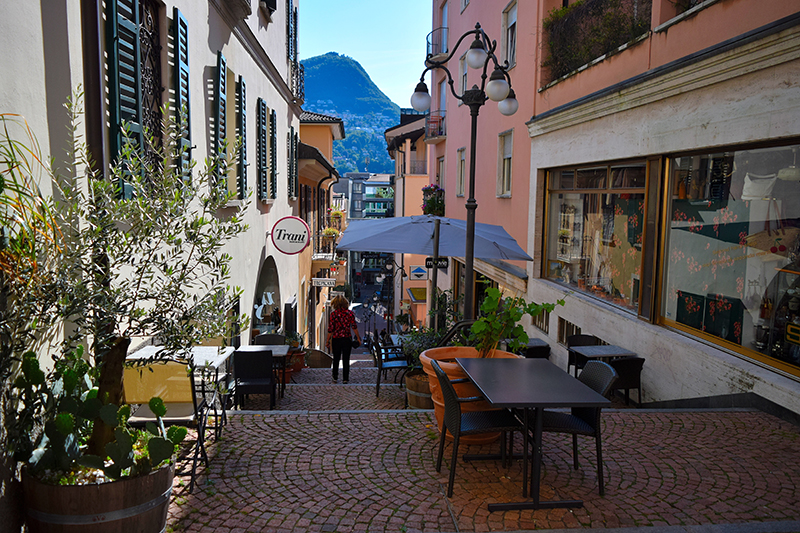 After some time practicing my buongiornos around town, I eventually reach the lakeside and board the boat that would take me to Morcote.

The small village of Morcote has less than 800 people and is the definition of picture perfect. Positioned on the bend of Lake Lugano, lazing under the shade of Monte Abostora, it is a pretty sight. Pastel coloured houses crawl up the hillside from the medieval village centre, many are originals from the 17th and 18th centuries. Their balconies decorated with boxes of blooming geraniums and petunias and gardens alive with tomatoes, zucchinis, fennel and artichokes.

It is no wonder that Morcote won the popular vote of ‘Most Beautiful Village in Switzerland’ award, beating 100 competitors around the country to the title. 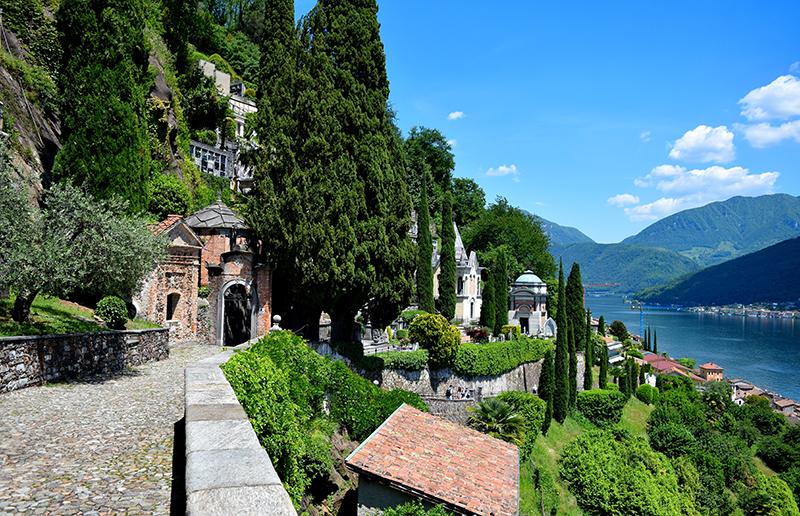 I zigzag through the maze of cobbled streets to reach Chiesa Santa Maria del Sasso, a 14th-century church whose bell tower cast a dominant spike to the silhouette of the village. Taking refuge inside the cool of the inner sanctum from the increasingly evident hot southern sun, I watched as a group of university students ever so carefully restoring the murals of saints that have crumbled and faded over time.

This dedication of the young to preserve pays testimony to the history Morcote has survived. A walk through the Monumental Cemetery next to the church, as well as visit to Torre del Capitano by the lakeside reveals important figures and families of Morcote who had a stake in the building of this village. 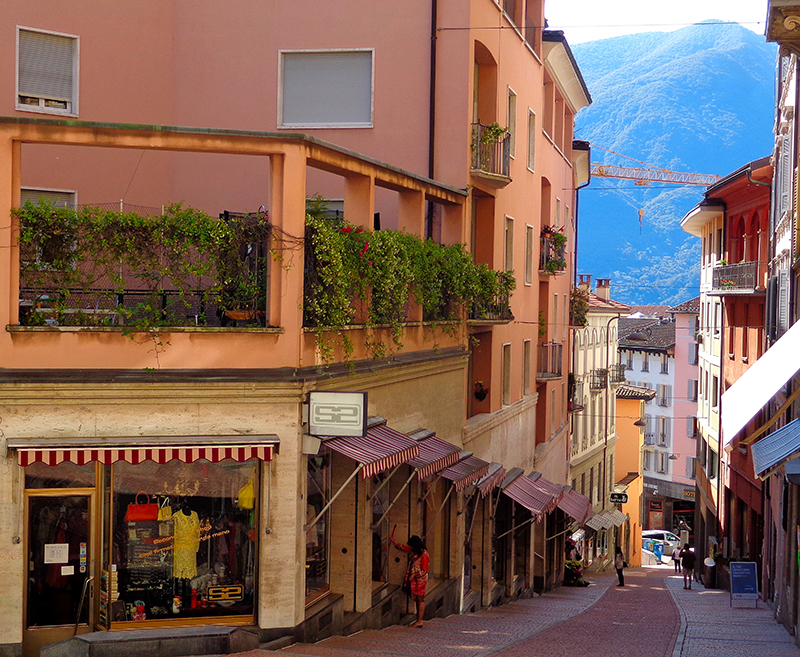 Back on the lakeside, I lick on a scoop of gelato while watching a group of ducklings forage amidst the lapping of the water to shore. I also contemplate the possibility of swimming to Italy, as it is right in my line of sight crossed by an invisible political divide. I shake the idea and return to Lugano on the next boat back. I had an early dinner in a trattoria suggested to me by a staff on the boat. The pasta I had was as good as you could get anywhere across the border.

Back at the hotel, I catch Agnese clocking off to depart for the day, and out of curiosity, I ask whether she feels more Italian or Swiss.

“Oh no, we are very much Swiss,” Agnese raised both her hands for effect, “you see, we speak Italian, but we don’t use our hands!” • 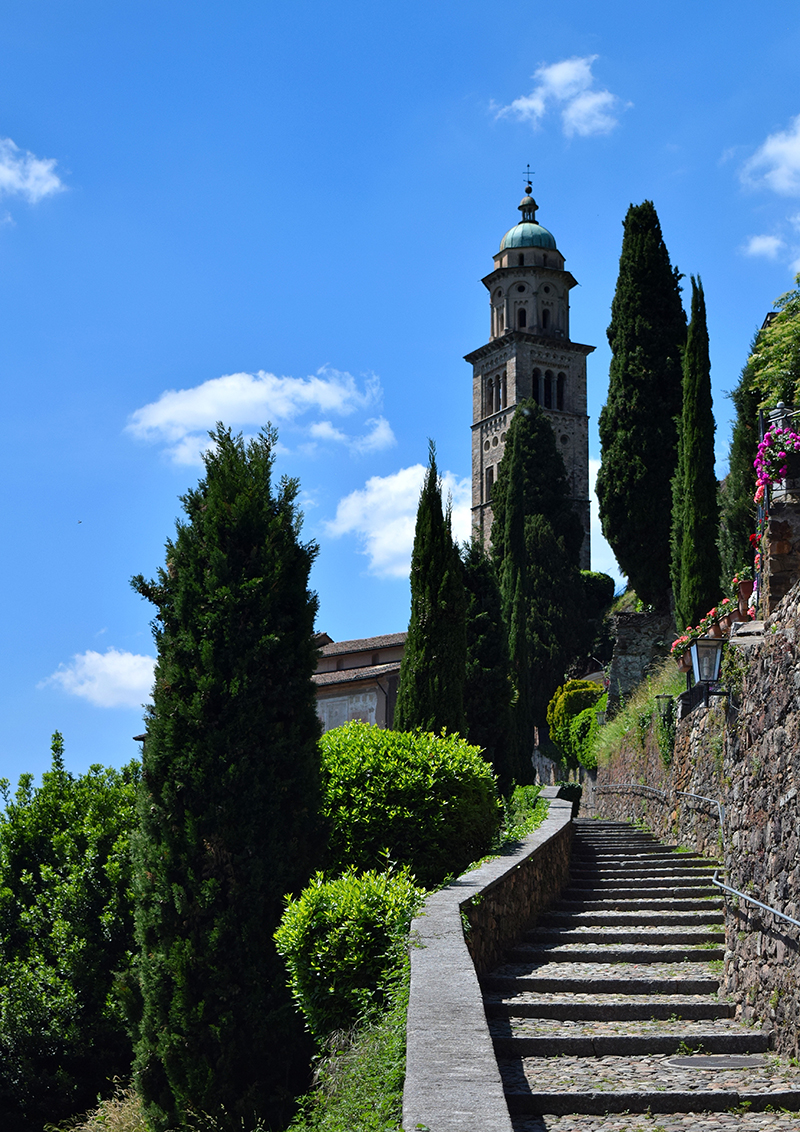 Swiss Air and partnering airlines have daily flights to Zurich from most Australian major cities, with connections from Singapore or Hong Kong. swiss.com
Lugano is around 2.5 hours from Zurich by train.

Getting around:
A Swiss Travel Pass allows unlimited access to all public transport in Switzerland, which includes trains, trams, buses and ferries, including boat trips to Morcote on Lake Lugano. sbb.ch/en/

Staying there:
Historical Continental Parkhotel is conveniently located on a hill by the main train station, with views across the old town to the lake. continentalparkhotel.com
Hotel Splendide Royal Lugano has charming and luxurious rooms overlooking the lake. splendide.ch