Opening on 11 November 2017, Louvre Abu Dhabi will be a universal museum focusing on shared human stories across civilisations and cultures.  It is also the first museum of its kind in the Arab world.

Visitors can walk through the promenades overlooking the sea beneath the museum’s dome, and when sunlight filters through, it creates a moving ‘rain of light’ beneath the dome, reminiscent of the overlapping palm trees in the desert oases. 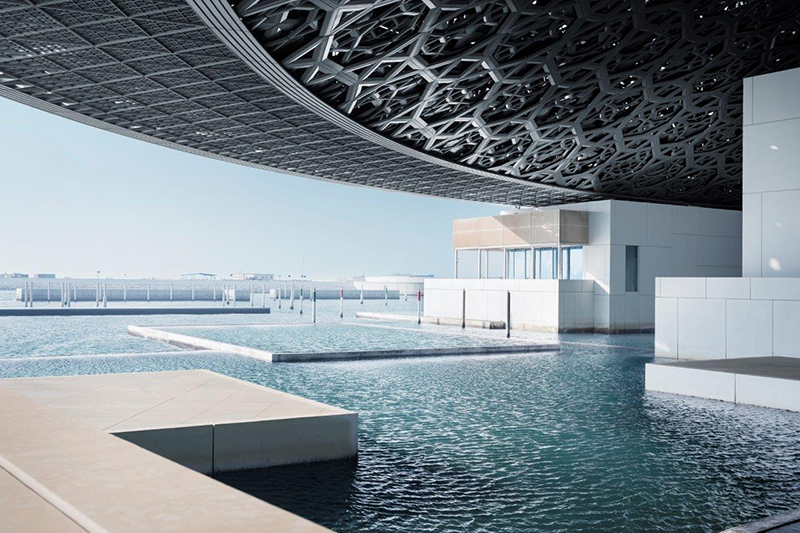 Artworks on display originate from civilisations all over the world, and have been brought together to highlight universal themes and similar influences. This marks a departure from many traditional Western museums which separate objects from different civilisations.

Themes at Louvre Abu Dhabi include the portrayal of power; the representation of the divine; exploring unknown lands; and the dawn of globalisation.

Louvre Abu Dhabi has acquired more than 600 artworks to date including individual works, series and collections, with many of these exhibited alongside 300 works on loan from 13 leading French institutions. 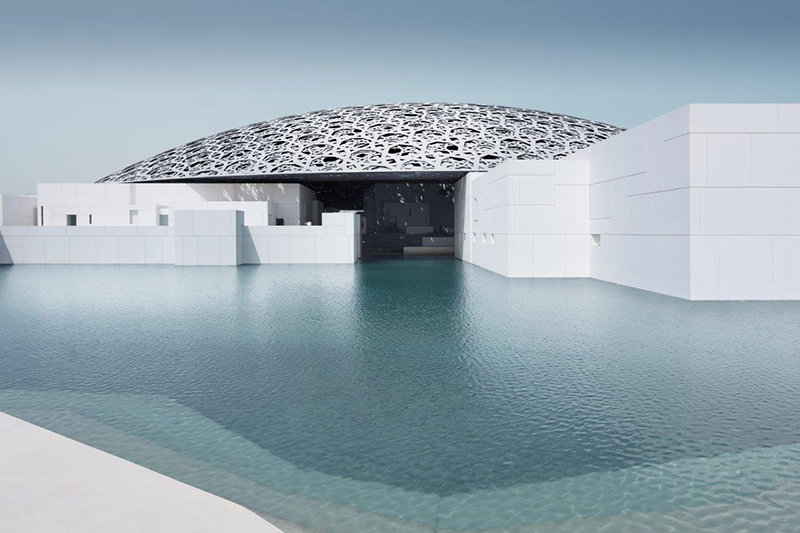 The intergovernmental agreement includes the loan of the Musée du Louvre’s name for 30 years and 6 months, temporary exhibitions for 15 years, and loans of artworks for 10 years.

Louvre Abu Dhabi forms one element of Abu Dhabi’s cultural strategy, representing the latest innovation in a long-standing tradition of cultural preservation nurtured by the founding leaders of the United Arab Emirates.

In addition to the 23 permanent galleries, the museum will include exhibition galleries, Children’s Museum, auditorium, restaurants, retail and a research centre.