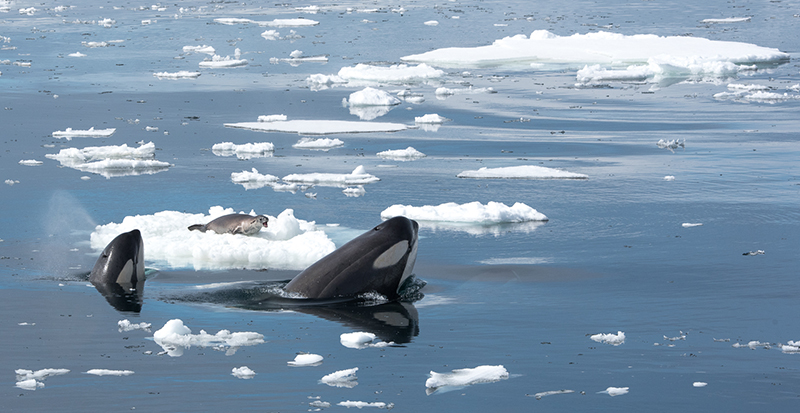 Guests and expedition staff aboard Lindblad Expeditions’ National Geographic Explorer witnessed a rare and unbelievable killer whale wave hunting event in the Southern Ocean– and the outcome was even more exciting than the pursuit.

A pod of killer whales chose to target a lone seal upon the ice, and with clever manoeuvers and coordinated attacks they made multiple attempts to wash the seal off the ice.By swimming side-by-side and diving at the moment they reach the floe, they create a pressure wave that has the ability to crest and break over the ice and its associated seal. 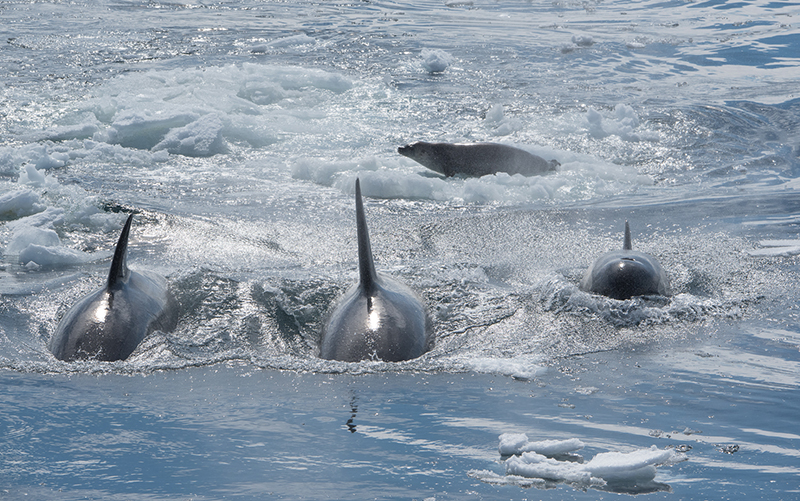 For nearly two hours, the guests and crew watched in awe as the pod tried various methods, including this coordinated wave washing technique, to dislodge the seal from the ice floe.

Though they successfully knocked it off its its perch more than a dozen times, the seal was determined to survive – leaping out of the water again and again to avoid the hungry mouths of the orca. 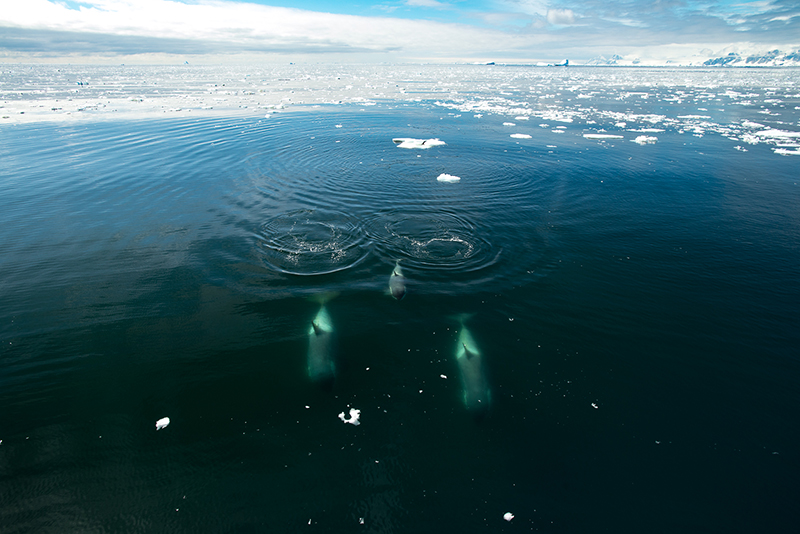 Astonishingly, just when “Kevin” the seal seemed exhausted after surviving 35 separate wave washes and the killer whales rounded for the final assault, the seal managed to slip away, leaving the whales to scatter in search of the meal that got away.

Watch the incredible video shot by Bradford McArthur for Lindblad Expeditions by clicking the image below: 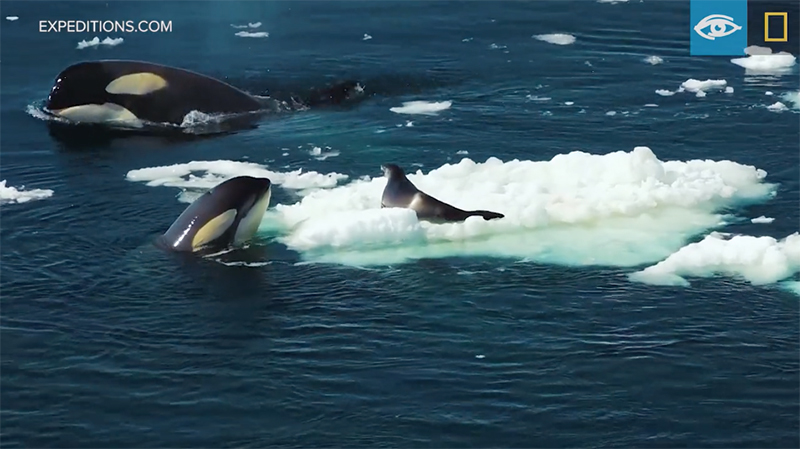