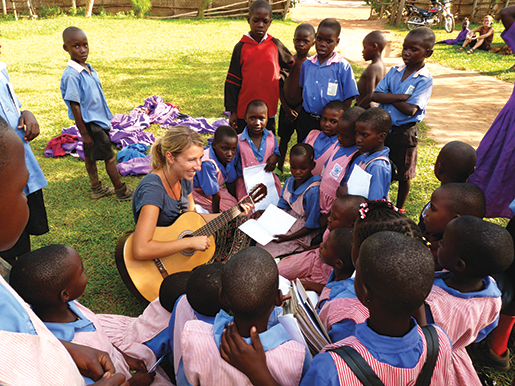 Emma Blackman is a young New Zealander who has made a difference to many lives in Africa, and continues to do so. She tells V&T her story.

“I always felt incredibly lucky to have been born into a loving family that could afford to put food on the table and who encouraged me to follow my dreams and passions. I felt compelled to give back to the world that had always treated me kindly and decided to volunteer in Africa.

After extensive research, I opted to volunteer for six months for Kids Worldwide, which gives all money raised direct to the school or orphanage program you are volunteering for. I chose the St Paul KAASO Primary School, because it wasn’t just a school, it was a multi-faceted project that reached out into the local community and it seemed there would be plenty to keep me busy for the six-month volunteering stint.

The school was established in 1999 by two Ugandan teachers, Dominic and Rose Mukwaya, who wanted to do something to help kids left as orphans due to HIV/AIDS. They started with 12 young orphans who lived in Dominic and Rose’s home along with their own family and classes were taught under a single thatched roof hut. By the end of that first year, there were 49 children and the school roll continued to expand. Today over 600 children receive an education every year thanks to Dominic and Rose’s incredible determination and dedication.

Around a third of the school’s children are orphans who are unable to pay school fees but KAASO also takes children with parents who can afford to pay fees, enabling the school to function without any external or government funding. Not only do Dominic and Rose run KAASO, they have also established an Empowerment Group offering a micro-loans program for members of the impoverished local community, mainly consisting of sustenance farmers. The Empowerment Group teaches literacy, agriculture, financial management and helps support everyone from elderly widows to young entrepreneurs in achieving their goals.

My first six months volunteering at KAASO in 2009 were really a time of learning. I taught English and Music, gave art and PE lessons, helped teachers with marking and spent hours playing the guitar with an ever-expanding choir under the mango tree. My friends and I launched a major fundraiser to construct Kiwi House, a 100-bed dormitory to help accommodate the growing student population. I wanted to see how I could be more useful. At the time I didn’t know that my one-off journey would become a life-long love affair with a place that is now very much a part of my life. I didn’t know that I would return every year and that the KAASO family would come to feel like my own. Over the past six years, I have helped to establish a library and computer lab at the school, fundraised for the construction of a second dormitory, Mark House, which is now home to 80 boys, funded a poultry project to generate income for KAASO, fundraised and established the Kiwi Sponsorships – thanks to a boy named Henry. 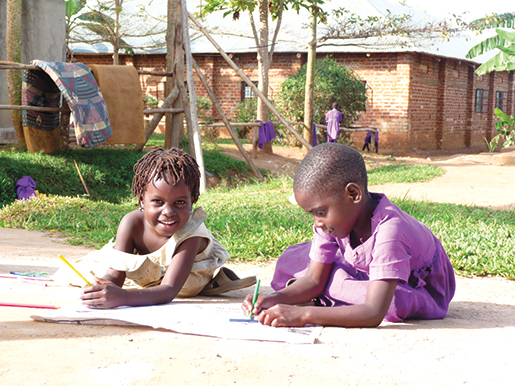 Henry was a 12-year-old boy in his final year of primary school. Henry was orphaned as a baby and his mother struggled to support him (in Uganda, an orphan is classified as anyone who has lost their father – the breadwinner of the family). He was phenomenally intelligent, hugely helpful with a cheeky grin and I quickly fell in love with him. He asked for my support to continue his education beyond primary school and, together with my parents, I agreed to sponsor him for his six years of secondary schooling.

There were others like Henry too, so I started trying to find sponsors for the other kids who were most needy. We now have sponsors for 30 kids. My first wave of students will be graduating at the end of this year and I am incredibly proud of each and every one. They were given the chance of an education and I know that they deeply appreciate the support and will go on to do amazing things.”

Emma is now Volunteer Coordinator for KAASO and is always seeking motivated, enthusiastic volunteers to help the kids. She concludes “It is the most rewarding thing you could ever do and being at KAASO really makes you appreciate the simple things in life.”

Follow Emma’s work during her annual trips to Uganda on her blog;