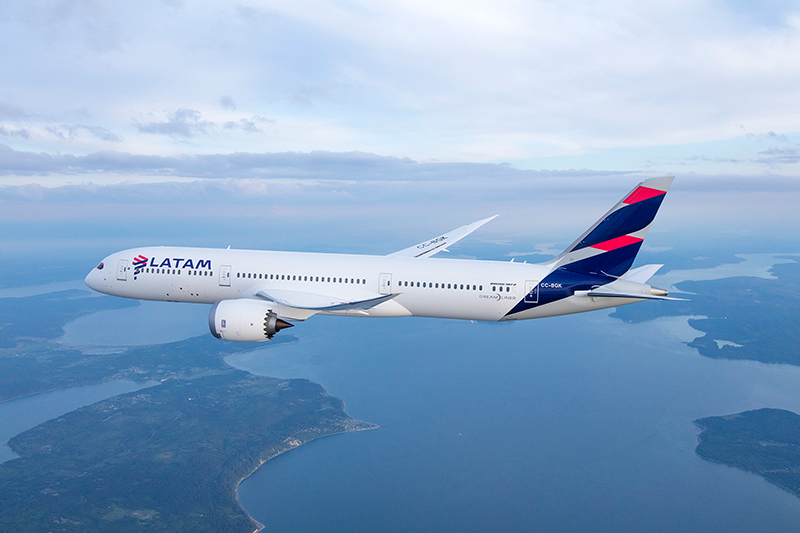 LATAM Airlines will launch its longest non-stop flight ever between Santiago and Melbourne from 5 October 2017.

With a journey distance of more than 11,000 kilometres at a duration of approximately 15 hours, the service will be the longest non-stop flight in the airline’s history.

LATAM will operate three non-stop flights per week between Santiago and Melbourne, making it the first airline group to offer a direct service between the two cities, as well as the only carrier to fly direct between Melbourne and Latin America.

“Over recent years, we’ve seen increasing demand for flights between Latin America and this part of the world – both from business and leisure travellers – and we are excited to introduce such a significant new international service,” LATAM Airlines Group chief executive officer Enrique Cueto says.

“After our service into Sydney, this second route to Australia are not only reinforces LATAM’s commitment to Oceania and the Asia-Pacific, but also offers unrivalled connectivity to, from and within Latin America.”

LATAM currently operates seven flights per week from Santiago to Sydney, via Auckland, New Zealand. When operations commence on 5 October, flight LA805 will depart Santiago at 12:55 on Monday, Thursday and Saturday, arriving in Melbourne at 17:55 the next day. The return flight LA804 will depart Melbourne at 19:55 on Tuesday, Friday and Sunday, arriving in Santiago at 19:00 the same day.

Santiago offers onward connections to an unrivalled 124 destinations throughout Chile and Latin America, including direct services to major cities such as São Paulo, Buenos Aires, Lima, Bogota and Quito as well as the region’s prime tourist destinations including Machu Picchu in Peru, Torres del Paine National Park in Chile, the Galapagos Islands in Ecuador, Cartagena de Indias in Colombia, Iguazú Falls in Argentina, and Rio de Janeiro in Brazil.