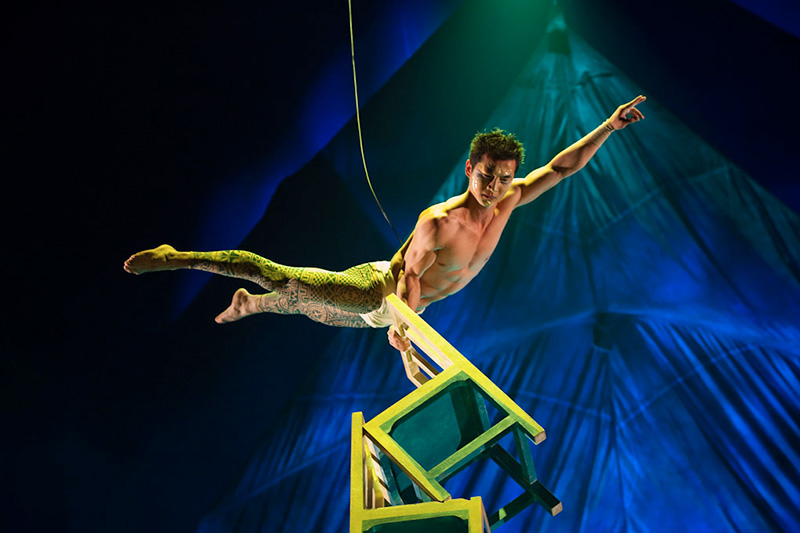 Wowing a full house of spectators every night since it opened last month, KOOZA by Cirque du Soleil has extended its Sydney season due to strong demand.

Now playing until November 13, eight additional performances have gone on sale for what critics are calling hugely entertaining, breath-taking and heart-stopping.

Held inside the iconic blue-and-yellow Big Top at the Entertainment Quarter, Moore Park in Sydney, KOOZA is a return to the origins of Cirque du Soleil, bringing back traditional circus arts with its death-defying acrobatics and genuinely funny clowns.

The story follows The Innocent as he takes a journey of self-discovery through a kingdom of electrifying thrills, out-of-the-box surprises and eccentric characters, such as the King, the Trickster, the Heimloss, the Obnoxious Tourist, and his Bad Dog.

Against a backdrop of uplifting live music and electrifying visuals, the story explores themes of identity, recognition and power as The Innocent navigates his journey between strength and power, and turmoil and harmony.

“KOOZA is about human connection and the world of duality, good and bad, but the tone is funny, light and open – the show doesn’t take itself too seriously, but its very much about ideas too,” KOOZA writer and director David Shiner says.

Highlighting the physical demands of human performance, extreme acrobatics take centre-stage in one of Cirque du Soleil’s most riveting shows yet.

Stand out acts include; Contortion, where two young performers contort themselves into a variety of beautiful shapes and positions with elastic-like flexibility; High Wire, performed by four tightrope walkers on twin wires suspended 4.5 and 7.6 metres above the stage; and The Teeterboard, which flings somersaulting performers more than nine metres into the air with single stilts strapped to their legs. 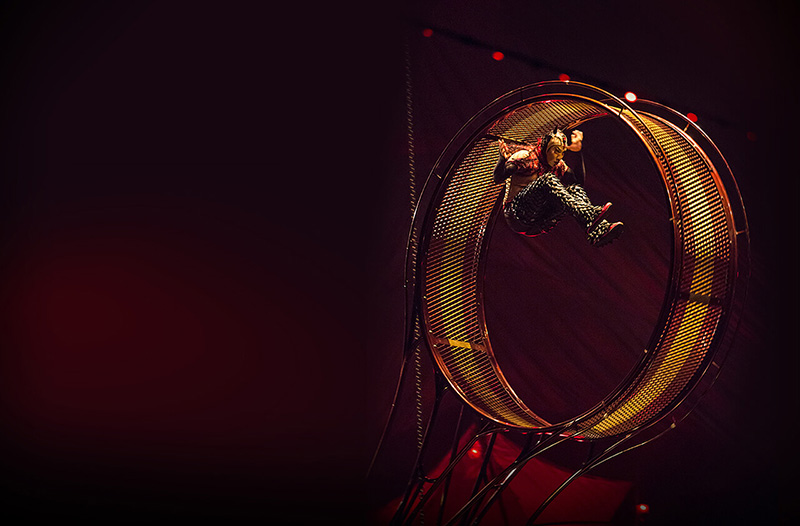 Arguably, the most riveting act is Wheel of Death. Taking place on a giant 725-kilogram wheel, two adrenalin-junkie daredevils rotate the wheel at incredible speeds by running, jumping and leaping in it and outside it in a death-defying display of heart-stopping athletic and acrobatic skill and incredible teamwork. Never failing to get a gasp from the audience, the high risk and level of action is intense, and while at times you may want to look away, you won’t be able take your eyes off this compelling act as you watch, open-jawed, with bated breath at the very edge of your seat. 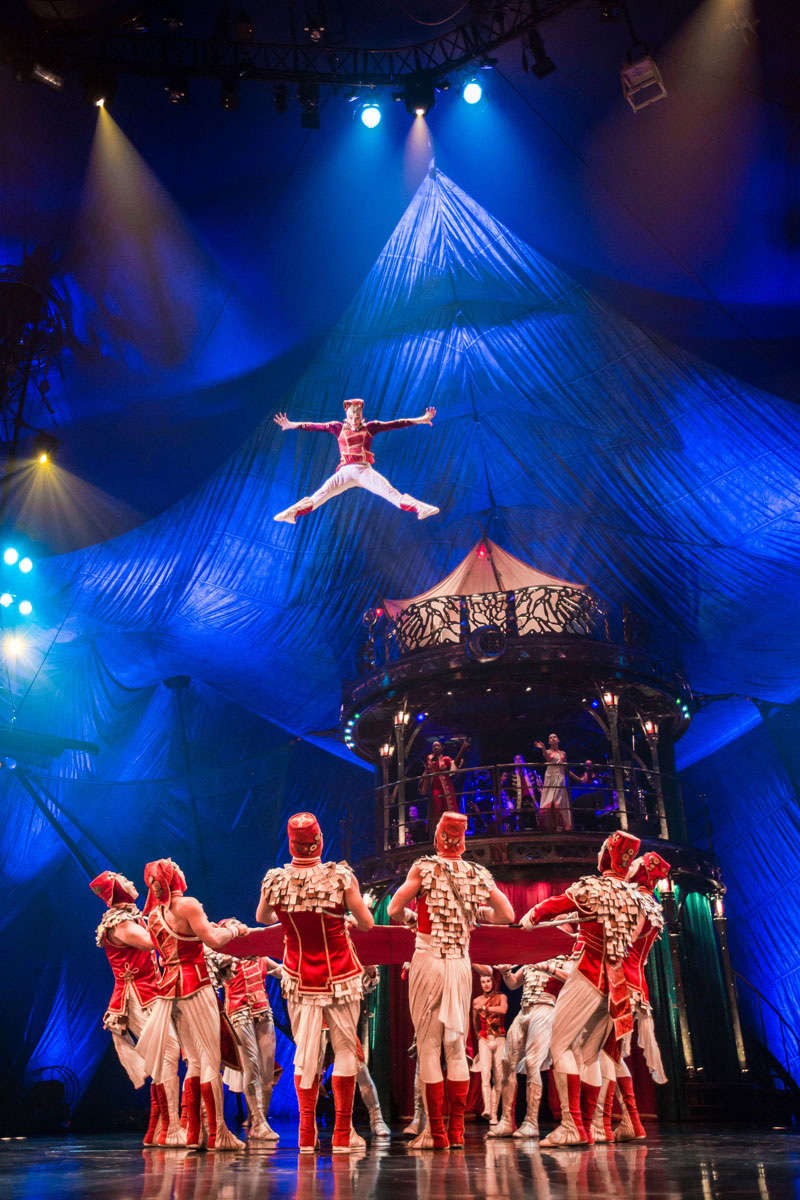