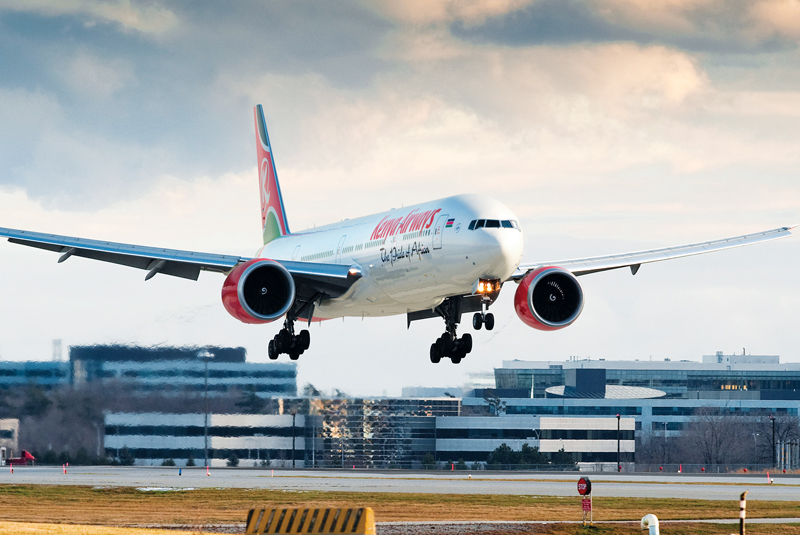 Travelling to Africa for the first time, for a Kenyan safari, it was fair to say I was excited. I had already spent plenty of time in the air and at airports after starting my journey in Brisbane, so the sight of my luxury Premium World seat was very welcome.

Turning left into business class is always a positive, but the ultra-modern Kenya Airways Dreamliner offered more than most. Among the perks was a 190cm lie-flat bed, a huge bonus considering my 195cm frame, a giant 39cm personal video screen with a range of entertainment options, as well as a USB port to charge my gadgets.

Those in economy certainly weren’t doing it tough themselves, with a glance back showing many already absorbed in movies on their own 27cm screens, just minutes after taking their seats. I was tiring, but couldn’t pass up the opportunity to watch American Sniper, quickly getting lost in the movie as I would in Gold Class cinemas at home.

The flight attendants’ attention to detail was as good as I’ve ever encountered. They seemed to read my mind, appearing to offer me this or that before I had a chance to ask. I tucked in to a three-course meal, only struggling to choose between the three options available. In the end I opted for the fried plakapong fillet, a tasty fish. Though, I wouldn’t have been disappointed with the roasted chicken or stir-fried noodles.

After a quick stopover in Bangkok, I was sound asleep minutes after extending the flat bed, sleeping through uninterrupted to breakfast at 5.30am. Feeling as refreshed as I’ve ever felt getting off a lengthy flight, I was just hours away from seeing elephants and giraffes in Nairobi.