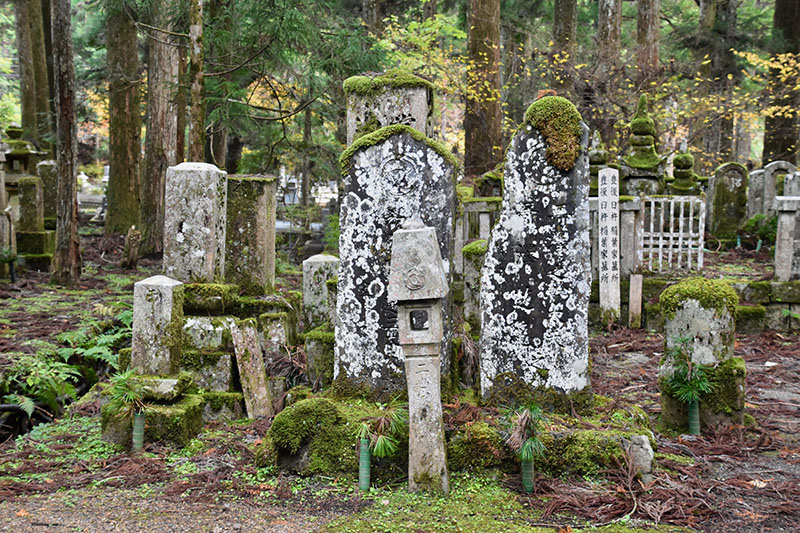 “This is one of the most sacred places in the country,” whispers my guide Yoshiko Morioka, of Tobu Top Tours, as we pause to admire mounds of moss that cover the graves around Okunoin Temple in Japan. The whole forest floor is draped in this lurid-green carpet and, according to Yoshiko-san, exists as a reminder to stop and pay attention to nature.

When the expression, ‘a rolling stone gathers no moss’ is used in English, it is often said in admiration to describe someone who is getting ahead or always on the move. But Yoshiko-san says that the interpretation of the idiom in Japan is flipped, as gaining wisdom from coexisting in nature lies at the heart of Japanese culture.

I’m at the temple in Koyasan when I find myself admiring stones that have been here long enough to gather moss in a forest so ethereal it’s as if I’m peering into another world. And, according to Yoshiko-san, I am: this is said to be the eternal resting place of Kukai, the founder of Shingon Buddhism more than 1200 years ago. 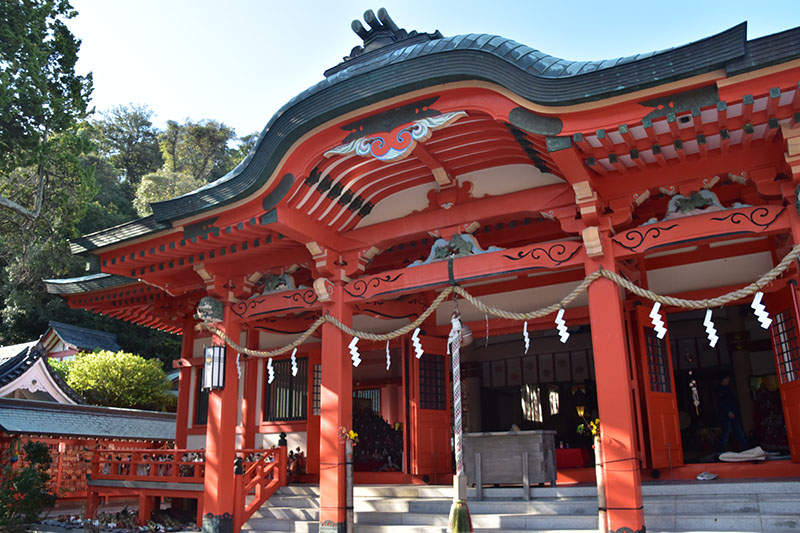 The air is charged with energy as we’re joined at the mausoleum by a monk bent over in prayer, reciting sutras. The eerily beautiful burial grounds dedicated to Kukai, better known in Japan as Kobo Daishi, are located in Mt Koya and contain more than 200,000 gravestones. Okunoin means ‘place of contemplation’ and I join hundreds of navel-pondering pilgrims strolling along paths lit by stone lanterns that send filtered light through the forest of towering cedars. Japan’s obsession with contemplative gardens is again on show at Mt Koya’s Kongobu-ji Temple where moss holds fast to the earth around raked pools of pebbles in a 2340 square metre rock garden that is Japan’s largest.

Koyasan is located in northern Wakayama and despite being just a two-hour drive from Osaka’s landmark Umeda Sky Building, it feels a world away. Here, more than 110 temples make up the monastic complex and the mountains and pristine forests attract everyone from pilgrims to nature lovers.

From Zen to onsen 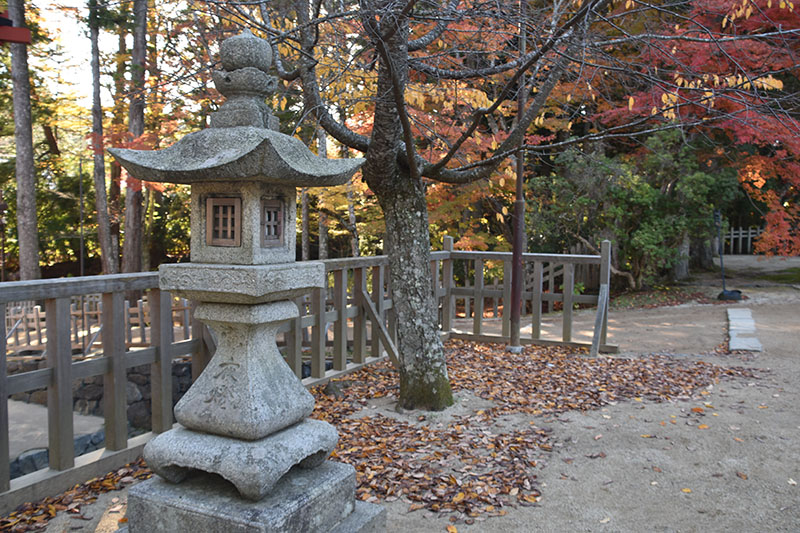 To really immerse myself in the temple town experience, I’m staying in Fukuchi-in, a working monastery in Koyasan that is a maze of wooden structures overlooking a Zen garden designed by legendary landscape architect Shigemori Mirei. My room for the night is an austere space featuring a futon on a tatami mat floor beside a low table with sliding parchment screens opening out onto a modest enclosed balcony. Outfitted in a grey kimono and red slippers, I shuffle along a hallway to a room where – after folding my creaky knees beneath me – I take my place on the tatami mat to enjoy a feast of soup, rice and tofu with sides of pickles and seaweed. Early the next morning, before joining in an hour of morning prayer, I slide along the burnished wood floor in my slippers, slip off my kimono and take a shower before melting into the onsen (hot springs). It feels clandestine to be bathing in the healing waters of an outdoor onsen while the moon is still hanging in the sky.

A path of discovery
In addition to the beautifully laid out stones and cushions of moss that make the gardens around Japan’s religious landmarks so symbolic, the autumn and spring foliage is a huge drawcard for visitors. My Tobu Top Tours itinerary also includes a visit to the Awashima Shrine in Wakayama, Nanzen-ji Temple, in Kyoto, and the Ryozen-ji Temple in Tokushima, which is the starting point of the 1600-kilometre Shikoku Pilgrimage. It also takes in the Todai-ji temple in the ancient capital of Nara, famed around the world for its 15-metre-high seated bronze statue of Buddha. 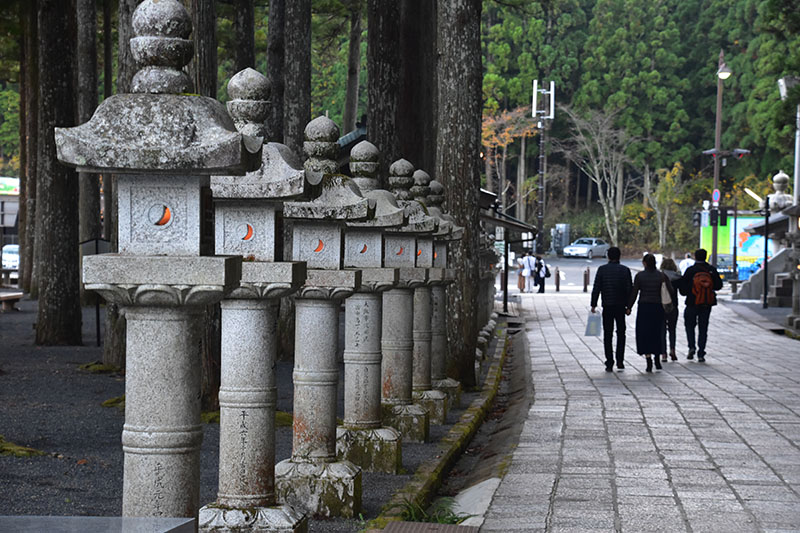 In Nara, after a tour of Mochiidono Shopping Arcade, we are led around the temple complex in a rickshaw hauled by a budding track-and-field star who, on a whim, stops to point out a deer here or a grove of trees with russet leaves there before resuming his run along the rain-slicked road.

Yoshiko-san speaks fluent English and her honest insights help this gaijin (foreigner) to gain more of an understanding of the criss-crossing culture of East and West and how contemporary Japan is moving with the times. She says this change is evident everywhere from Fushimi Inari Shrine, where selfie sticks protrude from the flood of people pouring through the red torii gates, to the world-class Fukuju brewery, which has been making sake for more than 265 years, to the ancient cities of Kyoto and Nara, where young women rent kimonos and get made up as geikos (geishas). 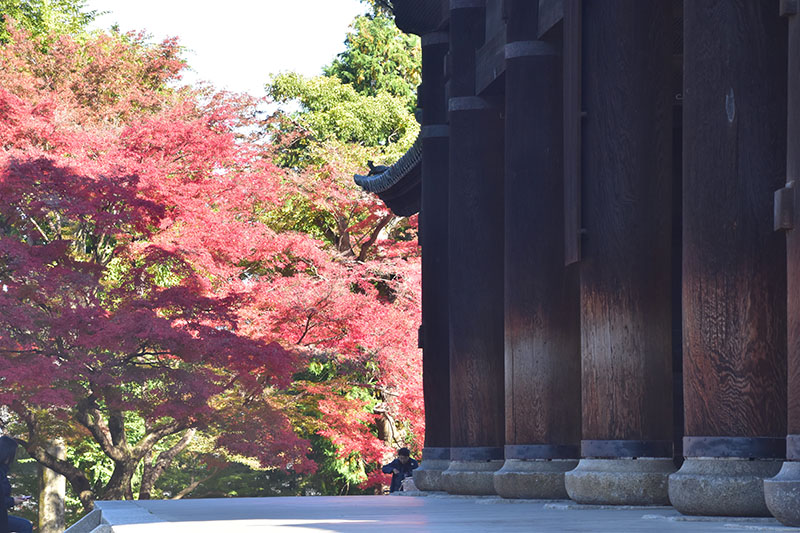 “The Japanese crave tradition,” says Yoshiko-san, as we meet a mum and her daughter who are playing dress-ups for the day. But it’s not just Japanese women who are dressing
in the kimonos and spending the day in a geiko’s shoes. “There are Chinese tourists, visitors from Indonesia and even Australians and Europeans who want to pose in Japanese kimonos,” she says. That intersection of cultures is again evident as we find schoolgirls updating their Instagram on a red wooden bridge in the hot spring town of Arima and a camera crew trailing a real-life maiko (apprentice geiko) as she shuffles along a cobbled path in Nara.

The way of the tea
An altogether more subdued version of the kimono is worn by our host Inamasu Mamiko as she conducts a formal tea ceremony (known as the ‘way of the tea’) at Kodai-ji Temple complex. When Inamasu-san enters the cha-shitsu (tea room) she seems to slow down time, performing the ceremony in a highly choreographed way using props such as a chasen (whisk) and hishaku (bamboo-handled ladle), to complement the simplicity of this intimate occasion. Inamasu-san savours our enjoyment of the thick matcha tea and the ceremony that precedes it. “A tea ceremony is very meditative. It’s less about tea and more about how to walk in a kimono, how to behave and present the pottery, the implements. It’s a beautiful art form,” she says. 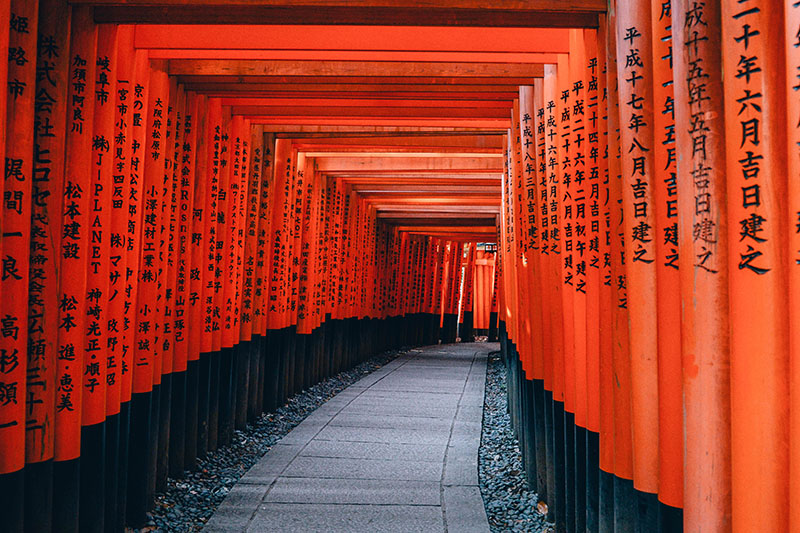 During my time in Japan – where I cross six prefectures and cover 400 kilometres – I also enjoy tea alongside standout epicurean experiences such as: cooking seafood over a charcoal barbecue at well-known Kuroshio Ichiba seafood market; a rustic lunch of ramen noodle soup at Inotani in Tokushima; and over a slab of Kobe steak at the boisterous barn that is Steakland Kobe. Yoshiko-san and I also find ourselves sitting formally at a low table at Edogawa restaurant enjoying sukiyaki with sides that evoke the seasons and wandering around Nishiki Market in Kyoto, where we sample still-warm rice crackers, freshly baked black beans, skewers of octopus and curls of pretty pickled ginger.

Again, that over-arching Japanese aesthetic is again evident during a multi-course kaiseki feast at Maple Arima restaurant and during a set meal at Shikisai, in Osaka. Even the breakfast buffet at Hotel Nikko Osaka features miniscule courses of fish, seaweed and pickles presented on platters in exquisite arrangements. 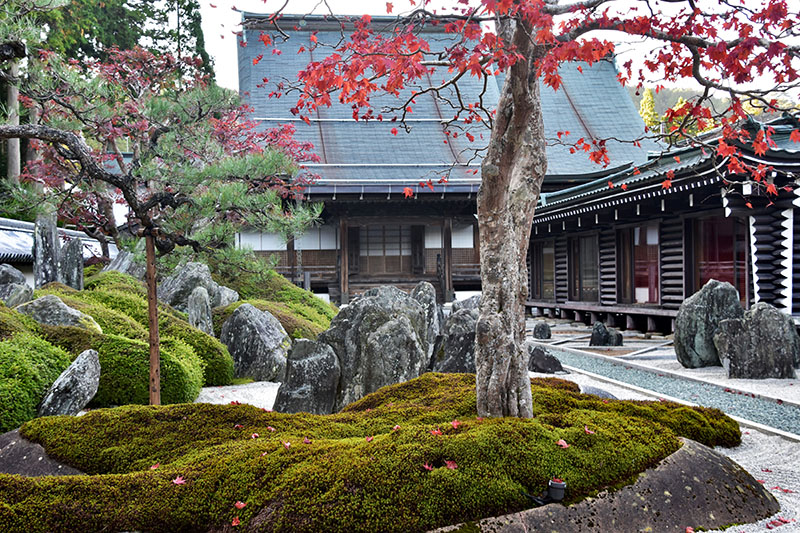 As fabulous as the people, food and drink, and as magnetic as the hot springs, mountains and maples are, it’s the magic found in the moments of stillness that allows Japan to sweep you along like one of the pebbles in a rock garden. One day, I’d like to linger in Japan just long enough to gather a little moss. •

Getting there
Flights from Australia to Osaka land at Kansai International Airport (around 40 kilometres from Umeda, Osaka). A number of different airlines run flights from Australia to Kansai Prefecture outside Osaka, including Qantas, who now have three direct flights a week from Sydney.
• Kansai Airport: kansai-airport.or.jp/en
• Qantas: qantas.com

Getting around
Local transport such as trains and buses are renowned for being punctual. If you don’t want to rent a car from Kansai International Airport, you can take a tour with Tobu Top Tours.

When to go
Early October to late November is a good time to visit Japan as the autumn leaves are ablaze in colour. 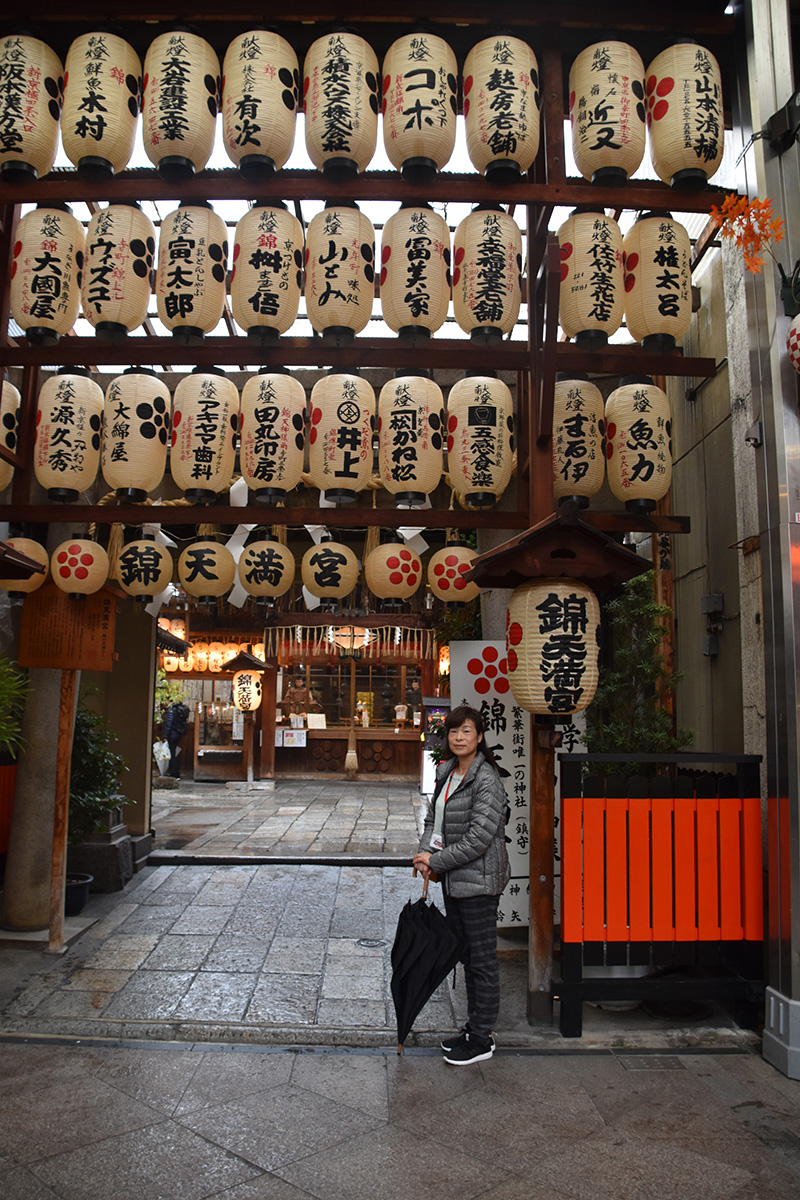