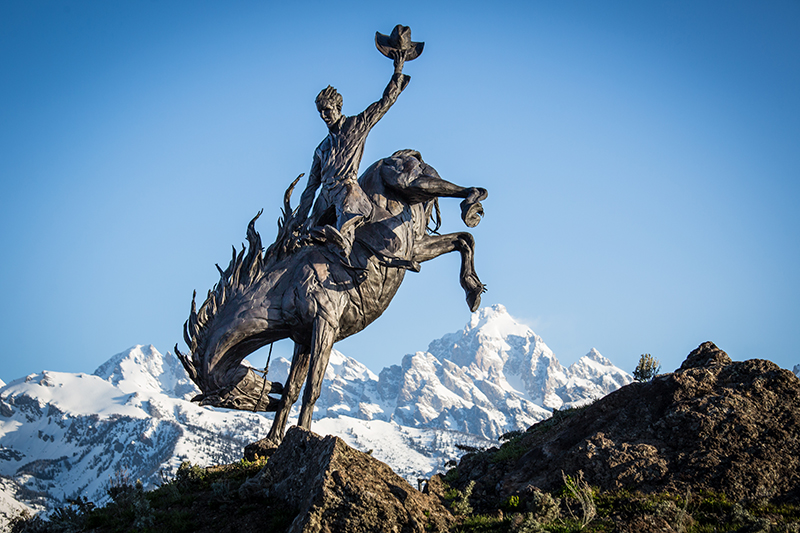 White surrounds us: white fog, white snow, white pine trees. There’s little visibility at Jackson Hole Mountain Resort’s infamous Corbet’s Cabin, perched above some of the best black runs in North America and home to belly-warming waffles. But low visibility is part of the game when you’re more than 3,000 metres above sea level in the American Rocky Mountains. Dim light is expected, too, when storm clouds hunker down for a cosy winter’s day. It is this cloud cover that blessed my husband and I with the thick powder lying beneath our snowboards and the on-and-off fat-flake showers we receive all day. We couldn’t be happier: this is exactly why we’ve ventured to Wyoming.

We started our day early at the luxurious but homely Spring Creek Ranch, 10 minutes from downtown Jackson. While devouring a hearty breakfast, we overheard whispers our visit coincided with “the best storm of the season”. It wasn’t a morning for laziness. Bacon and eggs were scoffed; boards and boots thrown in the 4WD. Excitedly, we joined the march of SUVs toward Jackson Hole Mountain Resort, about 25 minutes’ drive away. Once there, our first stop was the Aerial Tram, referred to by locals as ‘Big Red’ and packed with powder hounds eager for the holy grail of skiing – fresh tracks. It was a busy ride but as soon as the doors opened at Corbet’s Cabin, the crowd dispersed and we were left staring down Rendezvous Bowl and at our first run of the day. 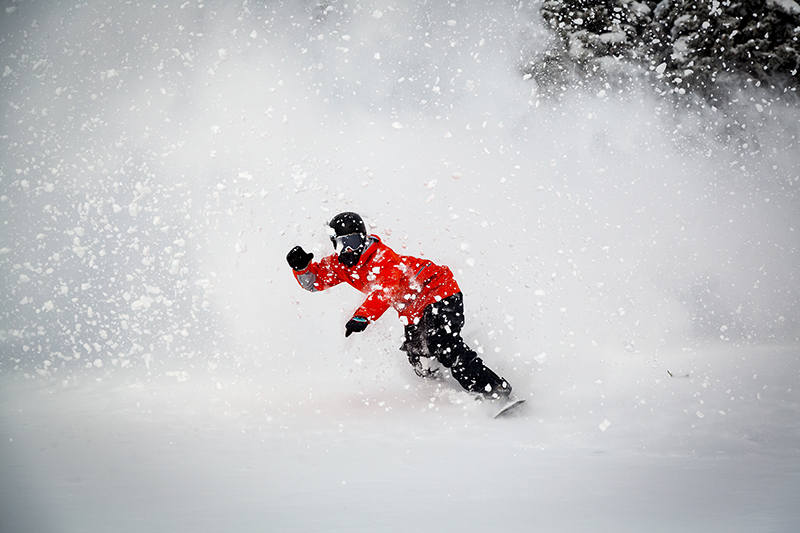 When the snow is this good there’s no time for warming up on blues. We need to track out the untouched slopes before everyone else does. We drop into the bowl and descend deeper into the fog. We’re snowboarding by feel – the pitch and powder dictating our turns. A few minutes later, we arrive at a cluster of pines where the air is clear, and, just beyond, lies some of the best off-piste we’ve ever ridden – it’s steep, challenging and soft. We take one look at each other, point our boards straight and race, slashing and carving and spraying snow in our wake; hollering and hooting with adrenaline. By the time we reach Sublette Chair, mid-mountain, our thighs are burning but our smiles wide. After one run, we’re Jackson converts.

The rest of our day is spent chasing bowls, glades and off-piste. We even skip lunch to make the most of conditions. After flying along more blacks, and tumbling down a double-diamond or two, we spend the afternoon checking out Jackson’s intermediate runs, and they don’t disappoint either. With two mountains (Rendezvous and Apres Vous) and 1,011 hectares of terrain, there are a tonne of trails to explore. The new eight-person Sweetwater Gondola, which replaced Eagles Rest and Sweetwater chairlifts for the 2016/17 season, also means faster and better access to the Solitude (beginner) and Casper (intermediate) areas, as well as to a new children’s ski-school facility which is set to open next season at Solitude mid-station. The season before (2015/16), during 50th anniversary celebrations, the resort not only opened the Teton Lift but also new blue and black trails to go with it. Add to that access to more than 1,214 hectares of backcountry terrain and Jackson Hole is a skier’s dream. 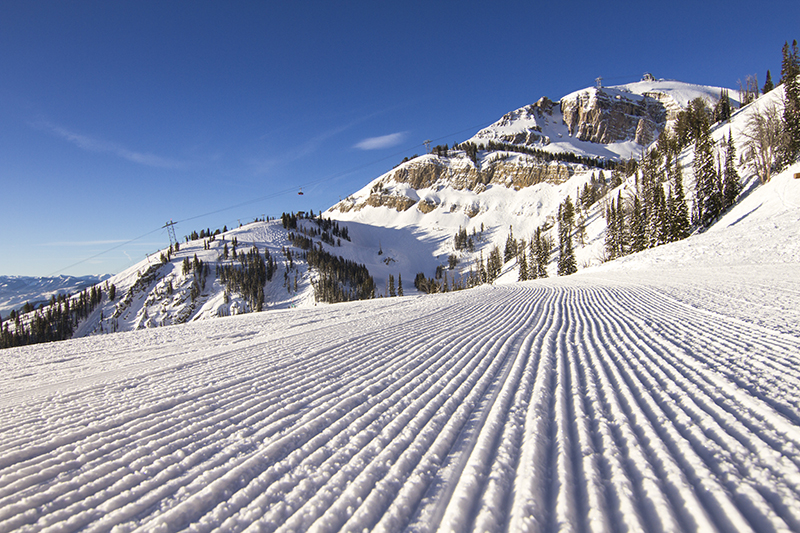 Although the resort primarily caters to advanced and intermediate riders (50 percent of named trails are expert; 40 percent intermediate), first-timers will still be content. And, if you need a break from the snow, you won’t be short of other activities to revel in.

Everything from snowshoeing and guided fat-bike tours to wildlife safaris and snowmobiling is available. You can even take a horse-drawn sleigh ride through the nearby National Elk Refuge.

After our first day, however, we settle for après in Teton Village, at the base of the mountain. There, you can choose from countless high-end, on-snow bars and restaurants. One of the most popular is Spur Restaurant and Bar, a short walk from the lifts. Having won countless awards, Spur is the place to enjoy dishes created with regional and organic produce, as well as local beers. Cocktail lovers will want to order the Wyoming Wildflower made with Grand Teton vodka, honey mint syrup and grapefruit juice. Teton Village is also where you’ll find indulgent day spa experiences (try Snake River Lodge and Spa), along with numerous ski retailers. 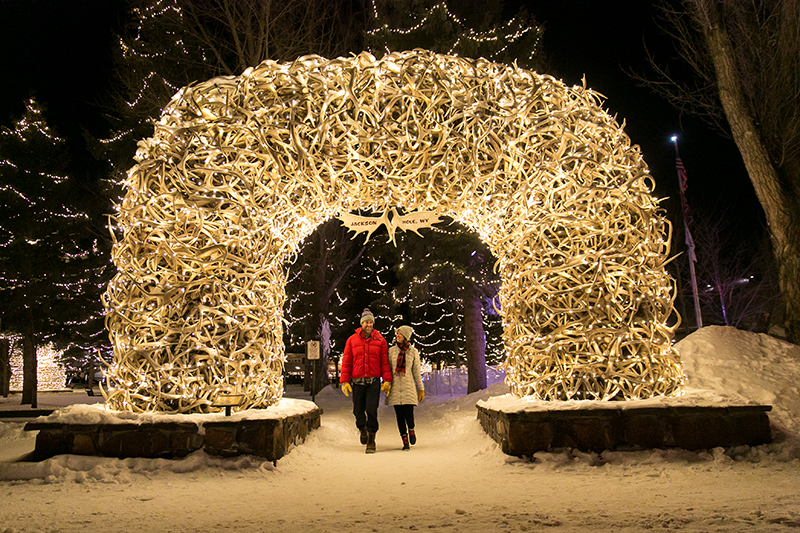 The following day, we decide to give our thighs a break and enjoy another classic North American pastime – snowmobiling. At Scenic Safaris, in the town of Jackson, we get kitted out in a head-to-toe outerwear onesie, waterproof winter boots and gloves, and a full-face helmet. Then, we’re off – a coach-load of excited young men and women towing a trailer laden with four-stroke sleds. About 45 minutes later, we reach the trail head within Gros Ventre Wilderness, in the Bridger-Teton National Forest.

Again, we’re surrounded by white, with a valley full of virgin powder to our right and more snow coating the hillside to our left. We breathe it all in before taking off down a groomed trail like a line of eager ducklings, stopping only when we chance upon wildlife. Nature is front of mind for Scenic Safaris, with its modern fleet of sleds emitting low emissions and little noise. It’s good to learn as Gros Ventre Wilderness is a migratory corridor for elk, antelope and moose. Snowmobiling here is a quintessential Rocky Mountain experience and makes for great conversation later over a tipple or two at another very Wyoming attraction – The Million Dollar Cowboy Bar. 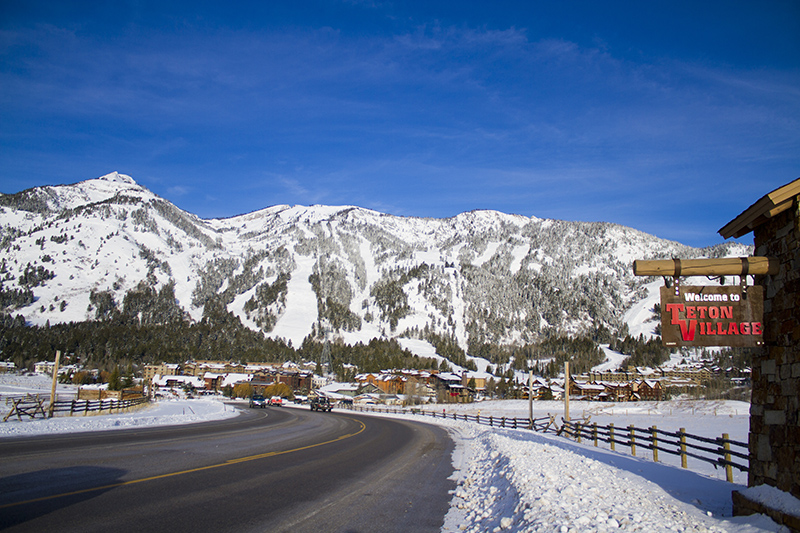 Located in the main square of Jackson, the bar is an institution, with locals and tourists drawn here for the buffalo wings, pool tables and horse-saddle bar stools. Although the town appears staged, farmers, ranchers and fur trappers have been coming here since the early 1800s. It makes Jackson a top spot to immerse yourself in America’s Wild West culture, both past and present. Add to that one of the best ski resorts in the world and you’ve got yourself one cracker of a winter vacation. • 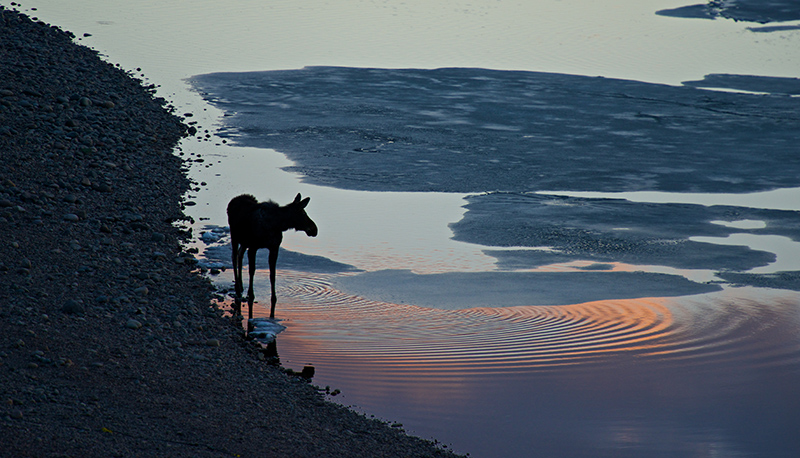 When to go
The ski season is from 25 November 2017 to 8 April 2018. The average winter temperature is minus-six degrees.

Where to play
• Jackson Hole Mountain Resort is known for its expansive terrain and its more than 4,000 vertical feet of skiing. The base elevation is 1,924 metres and the summit is 3,185 metres. There are 133 named trails of which 50 percent are expert, 40 percent intermediate and 10 percent beginner. The mountain averages a whopping 459 inches (11 metres) of snow per year. jacksonhole.com
• Scenic Safaris offers a variety of snowmobile tours. scenic-safaris.com

Where to stay
Spring Creek Ranch is great for families and groups wanting to stay in a high-end, lodge-style resort. It’s located on a wilderness sanctuary, a short drive to Jackson Hole Mountain Resort. There is a large range of accommodation, including hotel rooms, townhouses and villas with full kitchens, dining rooms and living areas. springcreekranch.com