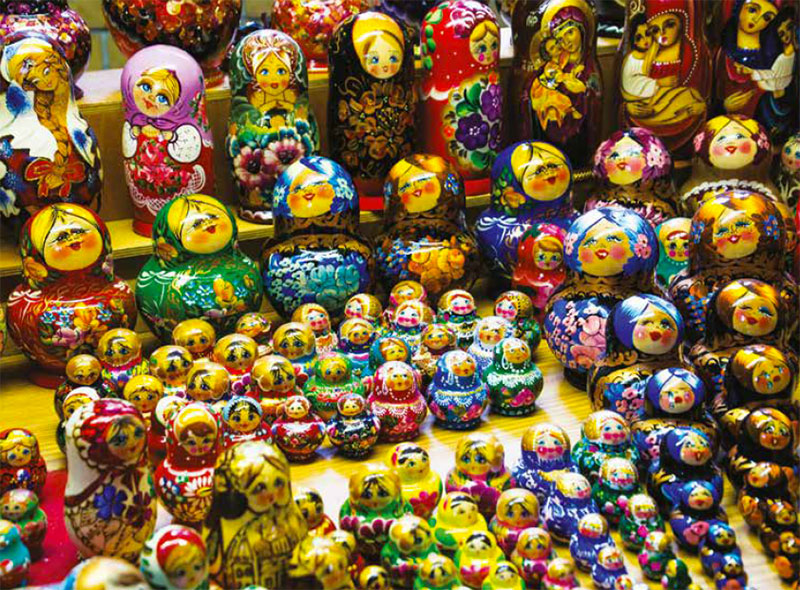 You’ve never really had any desire to own a nesting doll, you say? That’s simply outlandish. One visit to the Izmailovsky Market in Moscow will cure you of that. Soon you’ll be lusting after dolls of Vladimir Putin that contain an infinite number of dolls of Vladimir Putin. You’ll clamour for Santa Claus dolls, old soviet dolls containing smaller soviet dolls, and more. Nesting dolls, known as Matryoshki, have been a cultural institution in Russia since their first appearance in 1890.