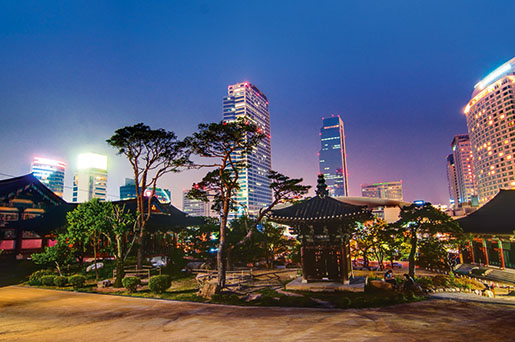 Seoul, the plucky capital of South Korea, is quickly claiming the spotlight as Asia’s style central. From bijou bars and restaurants to cutting-edge boutiques, there’s a lot to love about this sprawling metropolis.

Seoul, South Korea. To the world the city is bright neon lights, fuel-efficient cars, genetic research and streets paved with kimchi. The Land of the Morning Calm is deservedly lauded as a spreading ground for future tech, an industrial design giant, and well known as the K-pop powerhouse – try to deny that you’ve ridden an invisible horse on a bar stool, Gangnam-style, on a Saturday night – though Seoul is furiously rebranding as a design-centric, green-focused hub to East Asia, and a welcoming haven for the independent traveller. 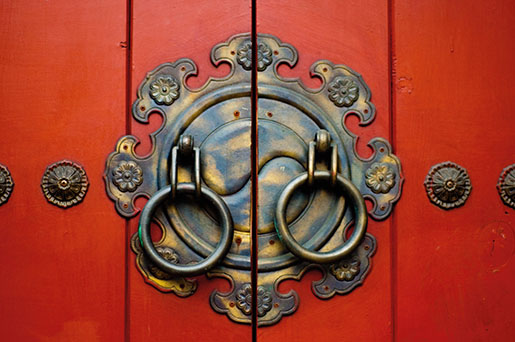 The 2010 World Design Capital offers transitory glimpses of a new creative archetype here and there in the contemporary visage applied to ancient Gwanghwamun Square and the redevelopment of the downtown core, yet Seoul remains an insider’s playground, a sprawling juggernaut with a pulse hidden deep beneath the surface. With the help of insiders Vincent Sung, the creative director of Visual Sponge Studios, and Joshua Hall of Wine Korea, I explore the new aesthetics of design and how they are transforming the way the world views the most dynamic capital in the region. Along the way we find wine. Some very fine wine. 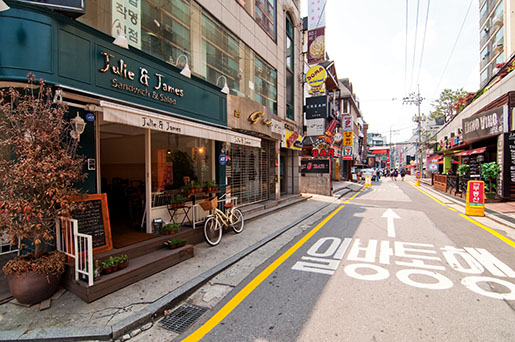 TIMELESS VIBES
It’s an established fact that Seoul is unquestionably cool, but there’s also substance underlying all the swagger. Gangnam Style is more of a quirky pop cultural exposé than revelatory social siren song; the national cuisine, one of the oldest in the world, is much more nuanced than foodies like to admit; and while a lot of the city’s living history has been gentrified into submission, physical pockets packed with historical cache abound. For decades the city was concerned with progress, innovation and development, but has recently concerned itself with preserving and, perhaps more importantly, showcasing South Korea’s heritage. The result is a unique fusion of old traditions and fresh perspectives that gives Seoul a vibe that’s at once timeless and wholly invigorating.
I dive out of the path of a renegade scooter and into the rows of neatly arranged ginseng jars, the citrine alien nightmares that line the ferret warrens at Namdaemun Night Market. I holler after the driver, expecting patrons to join me in a chorus of boos. They don’t. He motors between the pojangmacha (tented restaurants on wheels) hawking fiery tteokbokki (grilled rice cakes, eggs and sauce) and the designers pushing custom hanboks (traditional Korean costumes) at breakneck speed while no one bats an eye at me; not the middle school students, neatly dressed in uniforms and snacking on peanut butter squid, and not the poodle-walking couple in matching garb.
Seoul is a social city and the most rambunctious hives of activity remain the vibrant open-air markets. Namdaemun, named after the 14th-century pagoda-style gate rebuilt after a devastating 2008 fire, dates back to 1414. The streets are off limits to cars but jam-packed with hand-drawn carts and scooters, and remain the perfect place to find traditional foods, medicines, knockoff handbags and mammoth jars of ginseng. The area around Dongdaemun – the Great East Gate – is comprised of upmarket shopping malls, underground pavilions and the sprawling Dongdaemun Night Market, home to more than 30,000 specialty shops spread over 10 city blocks. Some of the most eclectic shops open their doors when the sun goes down and offer grilled quail wings, corn-flavoured ice cream and live loach soup to road weary travellers on the lookout for bespoke threads and antique treasures. Under the flickering neon lights of 10,000 karaoke rooms and at the mercy of street vendor infinity, I am little more than another blood cell in a congested artery en route to the heart of Seoul, battling the flow in an effort to find evidence of the design revival that has gripped the city. 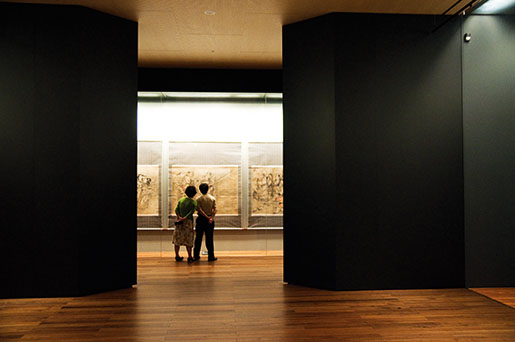 MISTAKEN IDENTITY
I’m late to a meeting with Vincent Sung, Busan-born, Belgian-bred fashion photographer and bon vivant. He’s found us space at the popular Old Tea Shop in Insadong, long considered the cultural centre of the metropolis. We compete for airspace with budgies and chickadees and rub shoulders with monks on cell phones. Vincent, peering out at me from behind the long dark hair he wears ragged, rubs his temples and sighs. “Insadong is for the tourists,” he says. “Yet it is still the best place to begin a tour of Seoul and sample traditional culture. Plus, you can’t find a tea house like this anywhere else.”
Vincent pours me soojunggwa (cinnamon-and-ginger tea with dried persimmons) from the ornate teapot. Chilled with shaved ice, soojunggwa is smooth and clean on the front, a traditional fruit punch remixed for palates craving something other than green tea. “The world sees Korea in a very specific light,” Vincent tells me. “If it’s not barbeque and kimchi it’s green tea and future tech. The world doesn’t understand new Seoul, but a new aesthetic is being driven by designers with uniquely honed international sensibilities.”
Cases of mistaken identity are understandable. Seoul has spent decades shedding the stigma of the Korean War, transforming itself first into a stoically efficient tech giant, then a pop powerhouse, and now an East Asian Global City with all the inherent cultural trappings.
Architectural designers like Minsuk Cho (who studied at the graduate school of architecture at Columbia University in New York) at Mass Studies Studios are crafting a new reality where Seoul design is fused with not only elements from the West – New York and London have always had the most impact here – but ingredients from Shanghai, Tokyo and Bangkok. This is translating into an embarrassment of riches for the design-minded traveller and forward-thinking Seoulite. 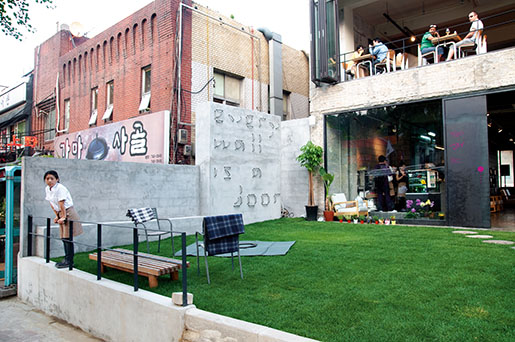 Witness the shop Mass Studies, created to house Belgian fashion designer Ann Demeulemeester’s collection in Sinsa-dong: a masterwork of convergence, three floors of geotextile revelations and commitment to green. Fans of industrial styling may prefer a visit to Kunsthalle Platoon, a design shop and alternative-programming outpost built of 28 ISO cargo containers amid the swank of Cheongdam, a wonderful place for a drink and a bite to eat. I prefer to work up an appetite at the Anyang Public Art Project, the city’s quintessential design co-operative.
The park, situated in the foothills of Gwanak Mountain, features dozens of massive interactive installations from international artists and proves that art for art’s sake isn’t nearly as moving as art created for the sake of fun. I love watching the sun set over Seoul from the observation platform high above the tree line almost as much as I enjoy lying flat on my back in the gigantic yellow wind tunnel known as Revolver, designed by Hermann Maier Neustadt. If you think you wouldn’t like pretending you’re living in a sci-fi movie for an afternoon, you’re lying to yourself.
Itaewon, a multicultural neighbourhood in the Yongsan district of central Seoul, was once considered an enclave of grubby decadence, but has since been transformed into a symbol of international opulence through a combination of civic policy and private programs. It’s in Itaewon that Samsung planted the Leeum Contemporary Art Museum to great furore, though some installations – including Damien Hirsh’s The Dance of Death – seem timid or introductory at best. A visit to the Leeum Museum confirms that Seoul is as dedicated to the contemporary art movements of the future as it is mindful of its rich classical artistic heritage, while a tour of the eclectic shops and boutiques that line the streets of Itaewon provide an ideal starting point for people who hope to experience the city’s vibrant art scene.
The area’s real attractions lie in the litany of cafés, lounges and restaurants that cluster around the iconic Hamilton Hotel, a fine place to relax in its own right, sporting a rooftop pool and full-time party atmosphere. A few years ago, when I met Vincent and Wine Korea’s Joshua Hall to drink wine and talk shop, we were limited to a few spots scattered about Seoul’s trendiest digs. We’d perch ourselves on brushed steel barber’s chairs and sip cocktails at Between, Itaewon’s posh industrial open-concept lounge and tapas bar. As my whiskey sour teetered on the edge of the table and I scribbled notes in my Moleskine, we wondered when the city would embrace global trends in dining and imbibing. 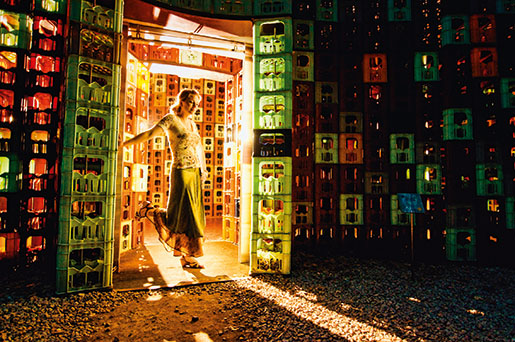 Enter 2013; Seoul’s revitalisation, really still in its infancy, has seen great successes, with upmarket wine bars (Joshua gives a special nod to Fox Wine Bistro), Cigar Bars (Burn is a favourite), and brew pubs popping up one after the other, frequented today by trendy locals, expats, creative types, and those folks happy that Craftworks Taphouse & Bistro has brought poutine and pulled pork sliders to the masses (I count myself among the thrilled). Five years ago you would have been hard pressed to find a legit cocktail in this town; today, the bartenders at The Factory know an Old Fashioned about as well as anyone else in the world. That’s progress.
It has become a thrilling challenge to cross the threshold into new Seoul, the domain of unexpected enchantment and unexplored marvels. This Alpha city is every bit as fascinating as it is perplexing and bursting at the seams with style, innovation and opportunity. It’s the traveller’s dream come true; a fresh, exciting destination and wholly engrossing cultural wonderland, a city that offers an intoxicating bit of mystery for travellers of all sorts, from those looking for an authentic cultural odyssey to trend seekers in search of vivacious nightlife and chic modern art.
Photography by Flash Parker. 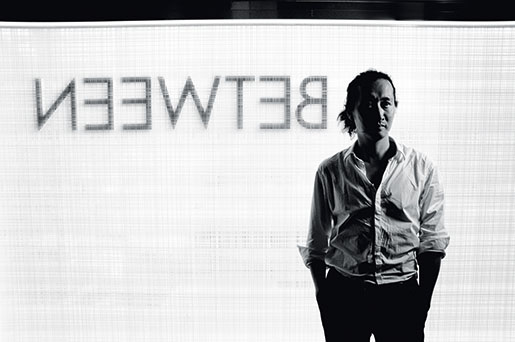