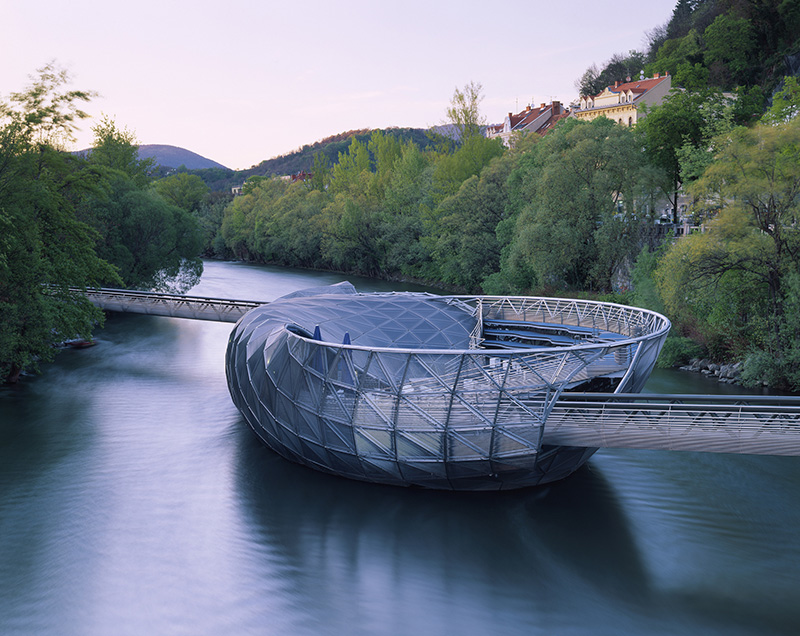 In the city of Graz, Austria, sits one of the most interesting spaces. The Island in the Mur is an architectural marvel, with footbridges linking it to both sides of the River Mur, which has one of the strongest currents in Austria – so strong that surfers attach ropes to the vehicular bridge a little further upstream and ride the waves.

The Island is in fact a vessel, held by an anchor and stabilised by the footbridges. It is quite something to behold, commissioned as part of the city’s role as Capital of Culture in 2003 and designed by American artist Vito Acconci. 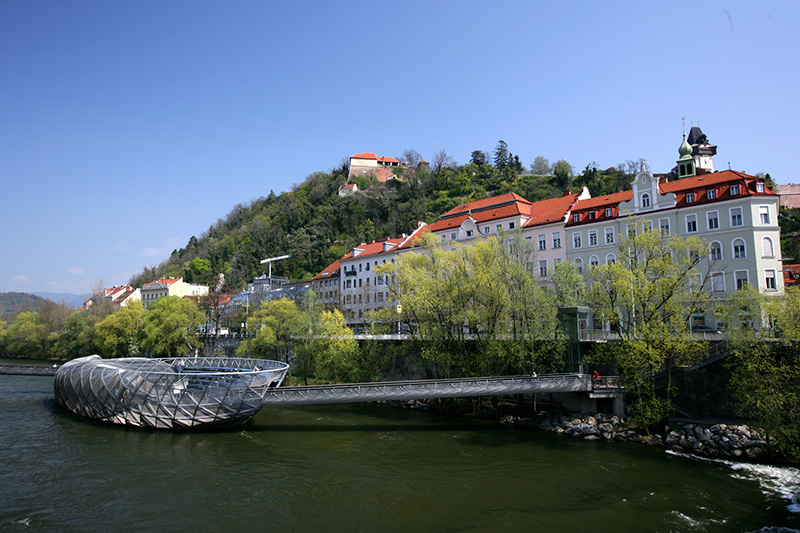 Apart from providing another walkway from one side to the other, The Island is a great place for coffee, a drink or to watch live music with its curving shell-like structure housing a café, an amphitheatre and a children’s adventure maze.

Tags: Austria, Graz, River Mur, The Island in the Mur