There’s something quite magical about walking under the enormous silver dome that appears to hover over the new Louvre Abu Dhabi. Dappled sunlight streams through eight layers of cladding that weighs 7500 tonnes, almost as much as the Eiffel Tower, creating a tapestry of 7850 stars that produce a striking ’rain of light’.

Designed by French architect, Jean Nouvel, the billion-dollar museum is located on Saadiyat Island Cultural District and has been well worth the decade-long wait. The first universal museum in the Arab world exceeds expectations and leaves you wanting to return. Inspired by medinas and low-lying Middle East settlements, Nouvel says he intended the museum to be more like a neighbourhood than a building. 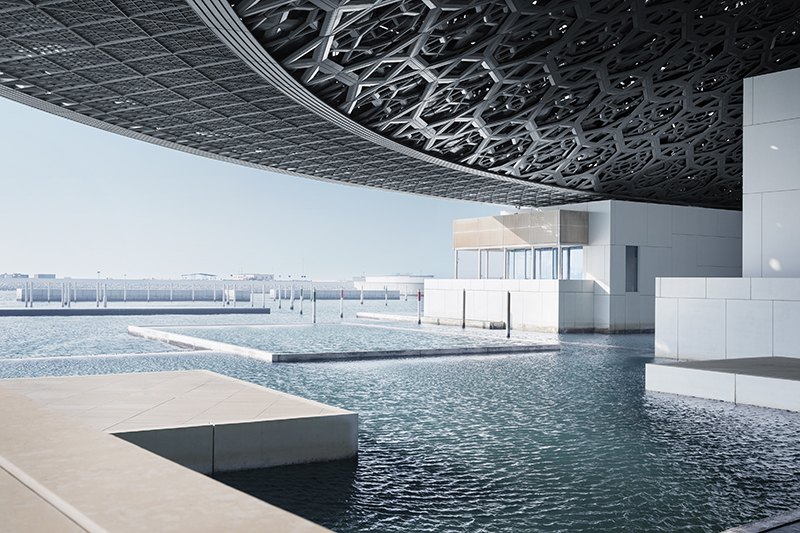 “Louvre Abi Dhabi is a neighbourhood with its streets, squares and terraces and where the works of art are shown inside galleries as well as outside. It is also a palace, with palatial proportions and a peninsula with its own mystery, shaped by light and water,” he says.

Inside the exhibition rooms – there are 55 buildings and 23 individual gallery spaces – it is even more magical as you discover themes of humanity and creativity that traverse centuries and borders.

There’s so much to see as you wander from room to room where old and new eclectic collections dating from prehistory to the present sit side-by-side. The mix of ancient archaeological finds, decorative art, neoclassical sculptures, paintings by modern masters and contemporary installations will literally stop art lovers in their tracks. 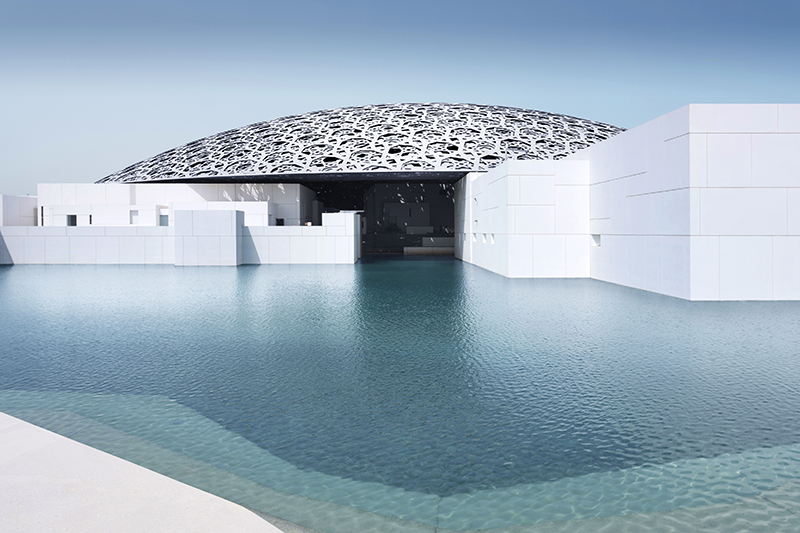 Other surprises include a Grecian sphinx dating back to the 6th century BC, a leaf from the Blue Quran and a gothic Bible, while creations by contemporary artists Jenny Holzer, Giuseppe Penone and Ai Weiwei, turn heads.

Children are well catered for with their own museum located across two floors where family-focused exhibitions and interactive workshops in Arabic and English inspire young minds. The verdict? Magnifique.