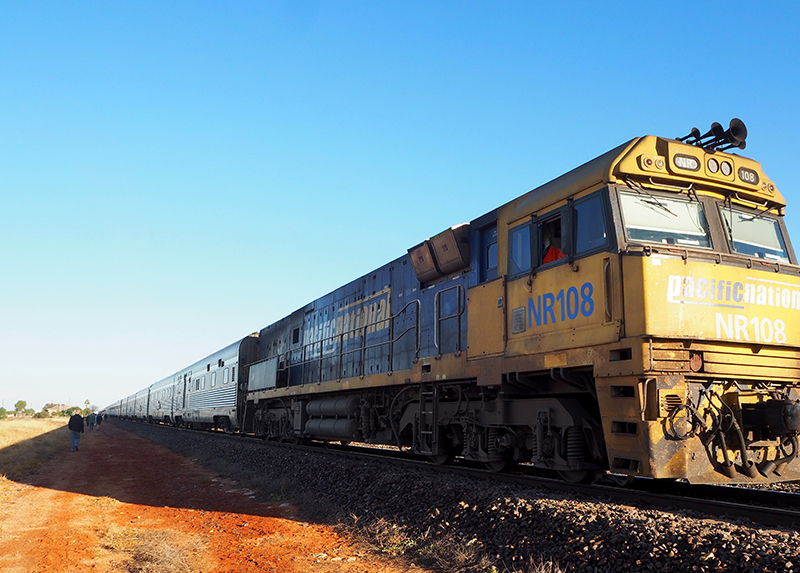 My first sighting of The Indian Pacific train with its silver bullet-like carriages and famous eagle emblem is at Perth Railway Station and it is so long that I can’t see the beginning or end.

The Indian Pacific Train is an unbelievable 774 metres in length, just less than two full laps of an Olympic running track. It features 28 passenger carriages along with engines and separate carriages for restaurants, bars, lounges and crew.

The trip we’re embarking on is from Perth to Sydney and takes four days and three nights. The journey leaves on a Sunday and is a five-star service all the way, offering excursions and stopovers while travelling through some of the country’s most barren and harshest landscapes. 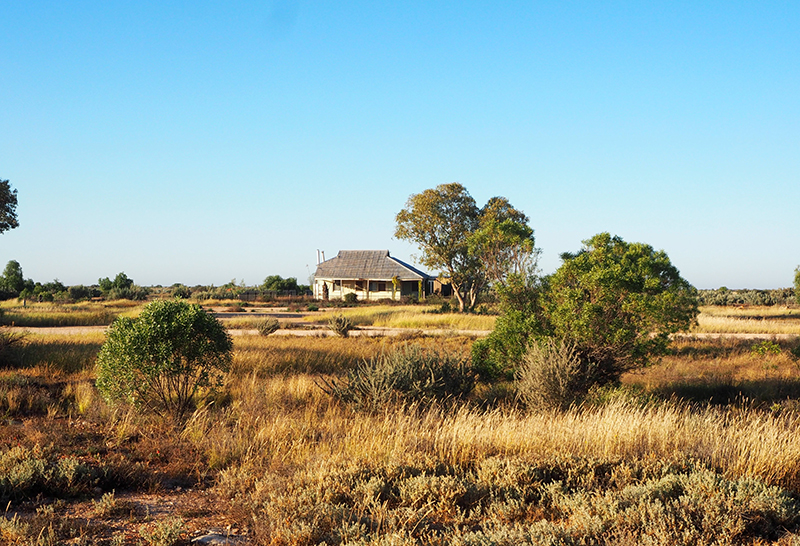 Once we board the train, our personal attendant is waiting for us to fill in official documents and to tell us about the outback stops and off-train excursions of which there are six we’ll experience on this epic journey. The excursions are in Kalgoorlie, Adelaide, Broken Hill and the Blue Mountains, with short stopovers at Rawlinna and Cook.

Once formalities are complete, we make our way to the most essential carriage on the train aptly named the ‘Outback Explorer Bar and Lounge’, where we meet our fellow travelling companions and settle in to the place where many tales will be shared and a lot of time will be spent. 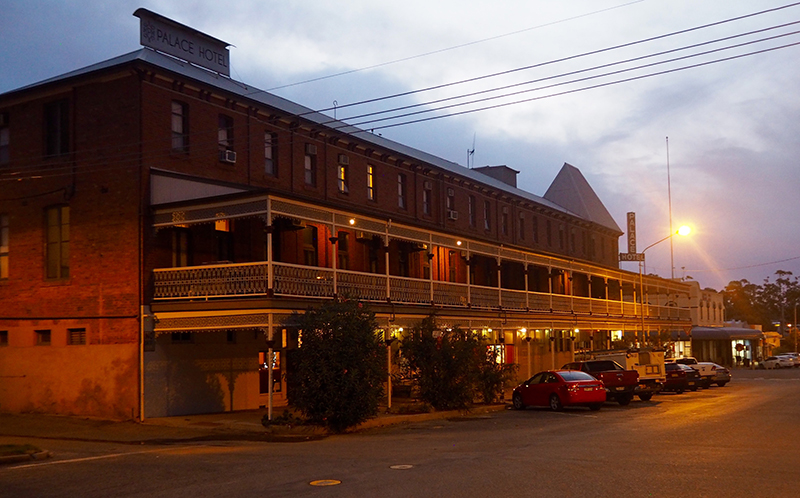 From the lounge area, we look out at impressive outback views while sipping some of Australia’s premium wines. I personally introduce myself to the barista and immediately have the espresso machine fired up on constant rotation for the next four days.

The Queen Adelaide Restaurant is an essential area as it’s where our delicious meals are served. Our first meal is lunch, with a choice of Fremantle jewfish garnished with potato mash and mushy peas, chicken Caesar salad or a tomato, sweet potato and beetroot tart. The feast continues with a selection of desserts, with the baked cherry clafoutis with chocolate sauce and marble hill cherry ice cream receiving star billing. 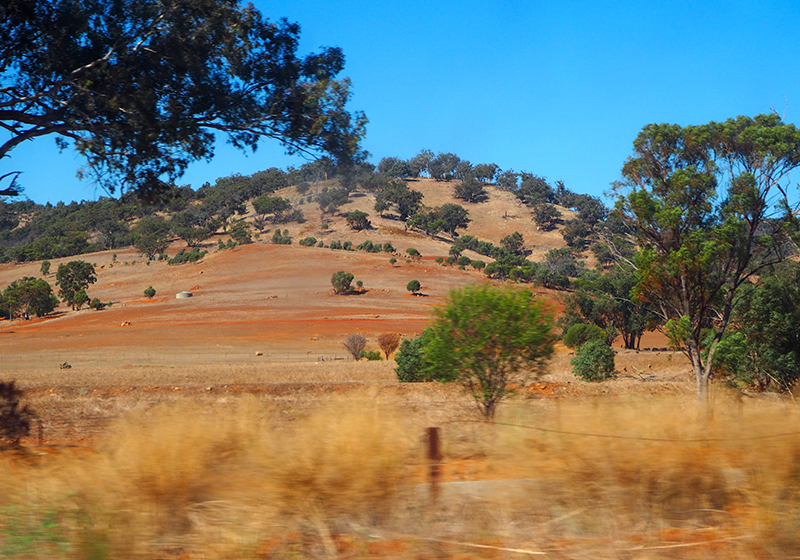 After lunch, we share our time between our super-comfortable ensuite cabin (that magically turns into a sleeping boudoir each night thanks to our attendants) and the lounge area. From here, we observe Western Australia’s Avon Valley wheat belt quietly rattle on by along with the accompanying countryside and the occasional tiny historical townships resemble Monet masterpieces in motion.

Very quickly you start operating on ‘train’ time and before too long we are slowing to a standstill to embark on our first excursion, which is at the famous gold mining town of Kalgoorlie. 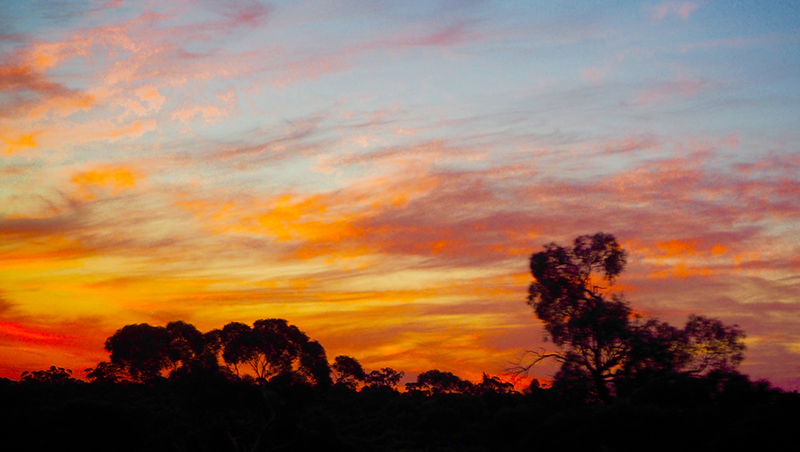 Before we begin our nighttime excursion we have our first evening’s dinner, which could easily have come from any of Australia’s top restaurants such is the quality and taste sensations. My esteemed selection is the braised beef rib with a sweet potato spatzle and baby spinach, red onion, tanami apple relish and jus. The staff are always on hand to twist the arms of dessert devotees, enticing them to try the chocolate pudding and a selection of ice cream.

Unfortunately, due to the train schedule’s time constraints, the Kalgoorlie leg is experienced after dark. Regardless, it is still a great experience and we discover via our guide about the town’s early history and colourful tales of ‘brothels and the gold rush days’. We also get to see the world’s largest open-cut gold mine ‘the super pit’ that’s been operating non-stop (24/7) since 1989 and still has an estimated life of 20 years. 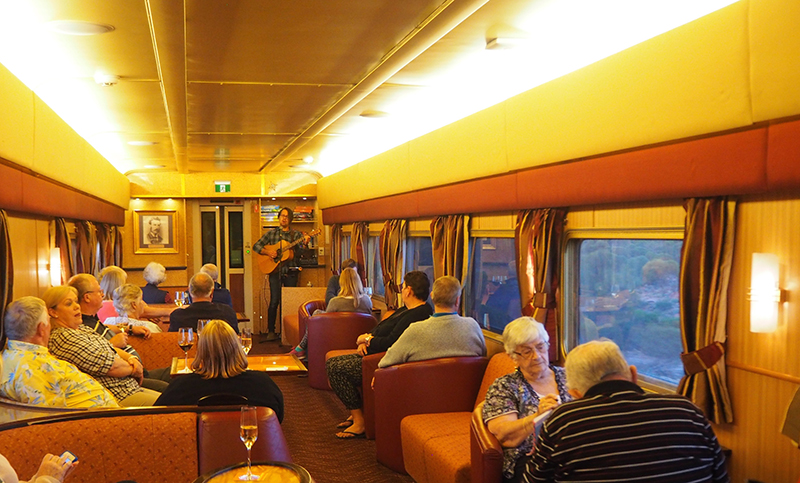 Sleeping on the train provides some of the best slumbers I’ve ever had. The muffled sounds of metal on metal and the gentle swaying sends me into a hypnotic sleep each night.

The next morning, the train stops at railway town Rawlinna, a 10,117 sq. km pastoral lease and sheep station that is Australia’s largest and home to 70,000 sheep. The air is crisp and fresh and we have breakfast of egg and bacon sliders served by open flame heaters, right by the train.  Entertainment is provided by the onboard musician who plays solo guitar with a soothing voice that makes this short stop even more magical. 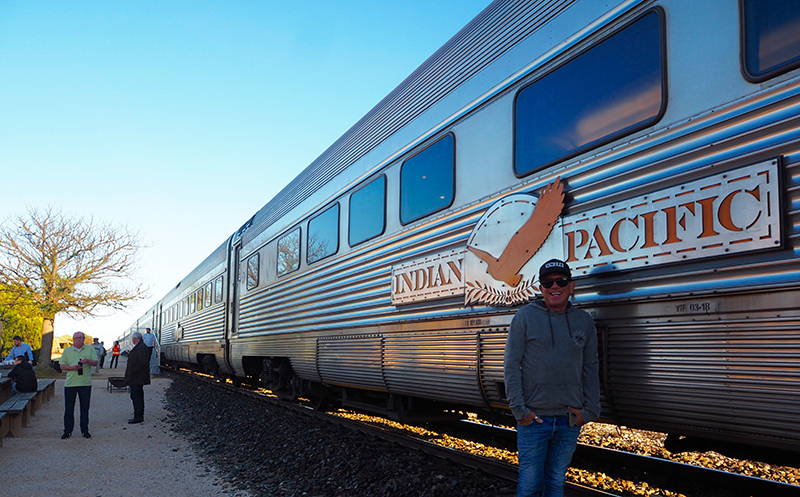 We travel across the Nullarbor Plain, which is hot, extremely long, flat, semi-arid and devoid of trees. Well that’s not entirely true as I do spot about three trees, but they are very small.

Our next stopover is the township of Cook, which is in the middle of nowhere. The population of Cook after the last Australian Census was four people and 23.5 million flies and the day we arrive in what is now a ghost town, those flies are there in force to greet us. 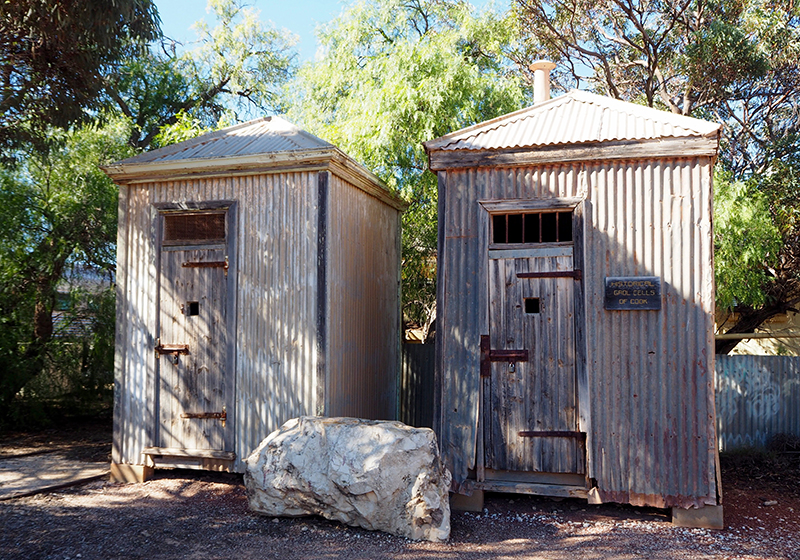 Cook once had a population of 200 with a hospital with a slogan that read: ‘If you’re Crook come to Cook’. There was also a school and golf course but due to privatisation of the railways in 1997 it is now just a refueling stopover for the train. One of the highlights on the Cook stopover is the sight of two singular jail cells that look like old wooden port-a-loos.

Thankfully, passengers are soon steered back onboard the fly-free train to continue their transcontinental adventure. 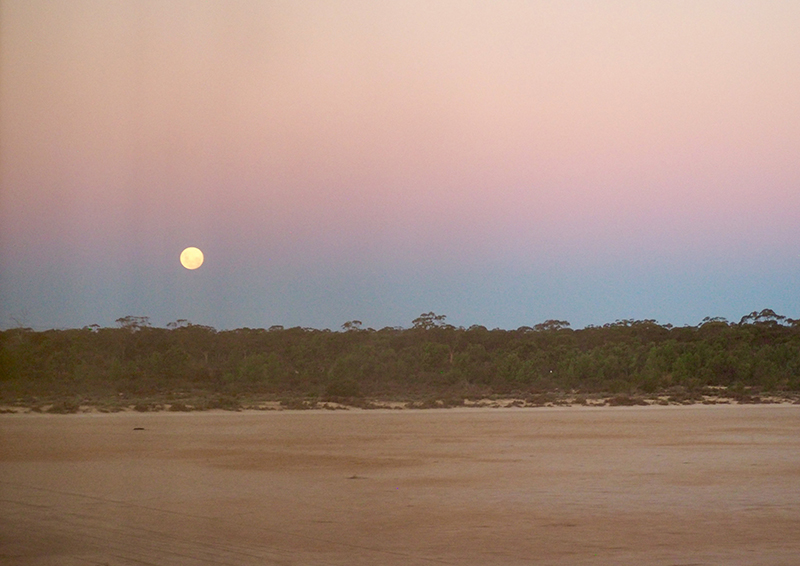 The outback journey across the Nullabor rolls on for more than a day, providing passengers with a lot of time to survey the semi-arid country of South Australia. It is a relaxing and therapeutic experience to see how vast, empty and virtually lifeless the landscape is.

The train travels at a very comfortable pace with varying speeds ranging from 85 to 115kms, which allows us to occasionally catch glimpses of emus and kangaroos along with some sheep, cattle and birds. 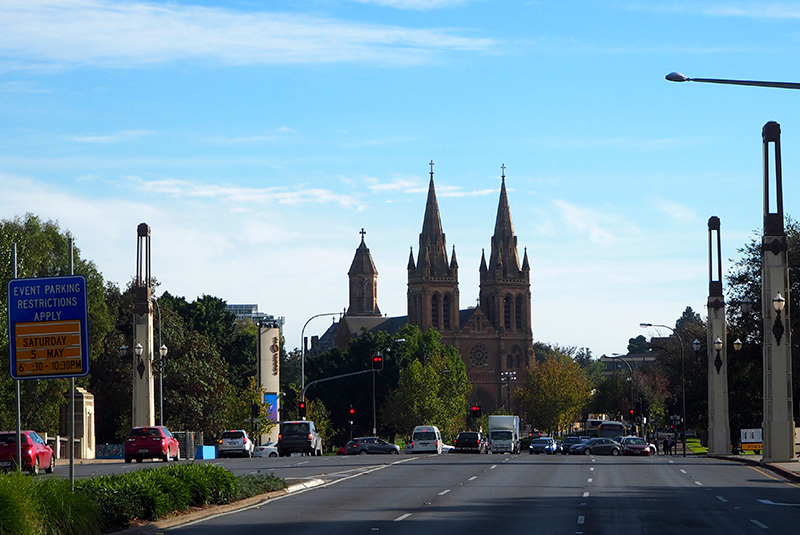 The train also travels non-stop for about 478 km on the longest stretch of straight track in the world.  Our next excursion stop is in Adelaide where there’s a choice of taking in the city sights on a walking tour, visiting the city’s famed Central Markets, on a city and river precinct tour or seeing the Adelaide Oval. We take the walking tour of the city, which is reasonably short and quite interesting. All tours finish with a light continental breakfast before boarding the train to head to our next stop, Broken Hill.

Known as the silver city from its early mining days, Broken Hill has a colourful history and the excursion we choose is a no-brainer: it’s a drag show at The Palace Hotel, the pub featured in the much-loved Australian movie, Priscilla Queen of the Desert. We’re not disappointed in this quirky, offbeat and dazzling performance. 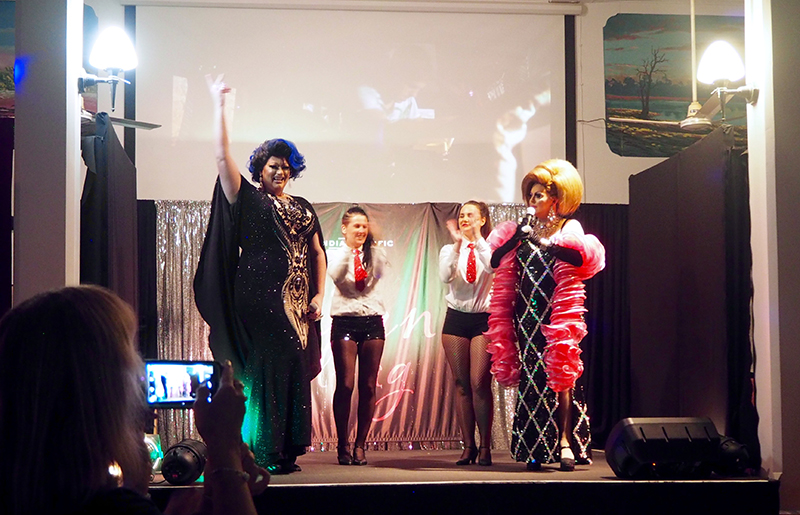 The two rather ‘large’ entertainers with their big hands, big smiles, big personalities and their two ‘real’ female assistants put on a bawdy hour of glitz, glamour and fun.

The next morning, we travel with our hangovers toward the glorious and world-renowned Blue Mountains in NSW. On the morning we arrive, the sun is shining and the air is brisk as we look out over the spectacular Three Sisters, one of Australia’s most photogenic landmarks. 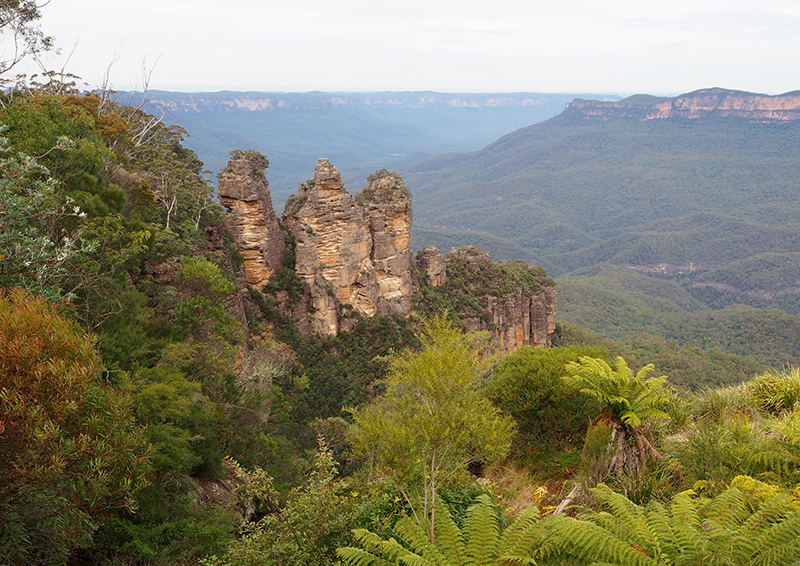 The off-train tour of the Blue Mountains is outstanding and just another of the many memorable excursions we have experienced. We get to ride on the Scenic Skyway, the largest aerial cable car in the Southern Hemisphere, and the world’s steepest passenger railway with a 52-degree incline. We also wander down to the Echo Point Lookout to admire the views that people from all around the world come to see. 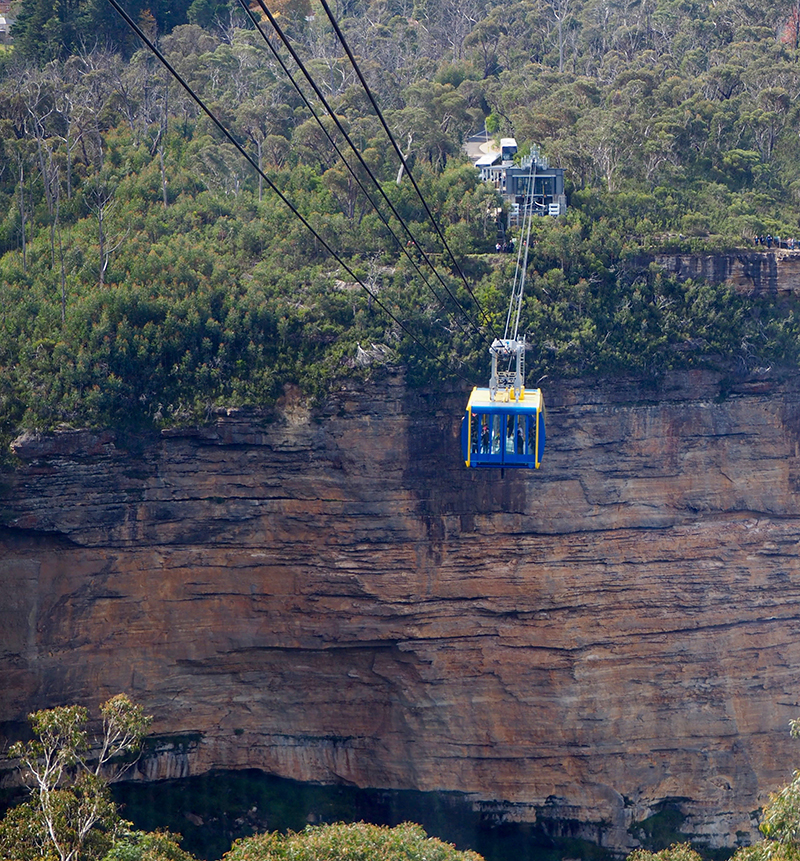 After lunch at a restaurant with glorious mountain views, we sadly come to the end of what is described in the brochures as one of Australia’s greatest train journeys. •

Great Southern Rail has curated one of Australia’s greatest train journeys, leaving from the Indian Ocean in Perth and travelling all the way to Sydney’s PacificOcean.
greatsouthernrail.com.au

Where to stay
Perfectly located in the city, Parmelia Hilton Perth provides the ideal home base for business and holiday travellers. perth.hilton.com