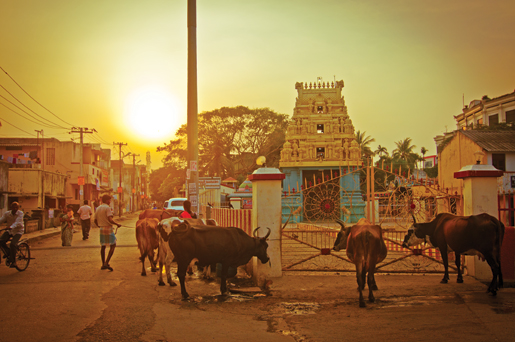 I stand and gaze through the misty and steamy condensation on my hotel window, looking down at the street scene below. My air-conditioner rages against the Indian summer heat and I begin to mentally brace myself to step outside on to the dry dusty streets below. I prepare for the assault on my senses as colour, sound, smells and heat blur and dance to the sound of a Sanskrit Indian tune that wafts and echoes from the local temple walls.

I’m in Chennai (Madras) and my hotel is an oasis of cool and calm compared to the chaos of the scene outside. Inside soft traditional music plays and fragrant incense wafts through the hotel lobby in an attempt to mask the smell of mould that grows ever so fast in every dark and dank humid corner. Yet every now and then a waft from the outside makes its way in. A smell of charcoal, spice and humidity – something distinctly India – exotic and foreign.

Below me I watch the thrum and melody of interweaving people. A moving, pulsing single mass of bright sari-clad bodies swarms the streets like bright goldfish in a rapid stream. Auto-rickshaws buzz and rattle along corrugated and bumpy roads, motorbikes beep and take to the footpath to get through the crowds and old weary men in long robes lethargically pedal barefoot and silent on antique bikes as if on a Sunday ride through the park, oblivious to their surroundings. On an Indian street there is no boundary between human, machine or animal. Street vendors blend with traffic pushing food carts and wayward cows cross the road unassumingly and without haste. The movement halts briefly for the cows to cross. They are after all sacred in India. Humans are not so revered – so do not assume the same level of respect. India is the only country where I’ve been stuck in traffic as a pedestrian – literally unable to find a gap between vehicles and people to cross a road. 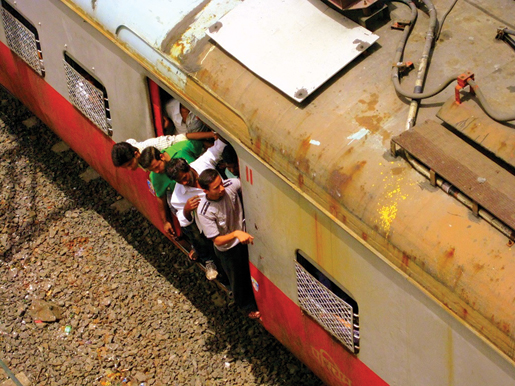 However, one hot Chennai afternoon, I left my cool oasis, camera in hand and walked. I passed the touts and cab drivers at the entrance to the hotel and just kept walking. I was greeted by children with wide eyes and big smiles, families emerged from their concrete homes peering through their improvised curtain doors wanting to have their photo taken. The slum was a labyrinth that would suddenly open up to common large expanses, where families would gather to a communal TV, play cricket and just sit and watch people go by. As the dense orange sun finally set, the streets became a blaze of kerosene lamps and local markets that seemed to spring up out of nowhere. Vendors sat quietly in the warm glow behind mounds of colourful and exotic fruits and people lined up to give offerings at the local south Indian temples whose bright and ornate pinnacle roofs reached out from the chaotic streets in which they were placed and towards the expanse of peaceful twilight sky above. I don’t think this scene has changed in a hundred years.

The interesting thing is, by Western standards, this is abject poverty. Not many other countries bombard you with such a juxtaposition of rich and poor incongruently placed next to each other. Five-star hotels stand tall and proud next to dirty overpasses where families live on the street and slum towns with no running water. However, despite this – people living here are happy. 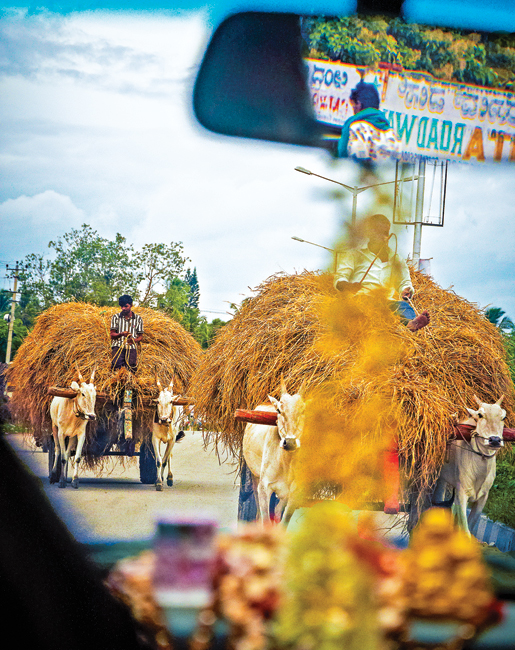 In India everyone is selling or making something to support life. No one is complaining; people are living. I realised poverty is subjective. By the filter of Western society, these people should be angry, hard done by and almost willing to give up on life. But they’re not. I’ve been invited in to peoples’ homes for dinner, played street cricket with the local children, gone to local temples and been happily blessed by the local priests and welcomed by many happy faces. It has shifted my perspective on life and altered my perception of suffering. It truly is an amazing country that will shift your mindset and cause you to see the world anew.

No matter how often you return to India, it is a country that always amazes you at every turn. A complete assault on the senses, India makes you dizzy and completely overwhelmed. Every trip presents something you’ve never seen; an elephant on a freeway, a man bathing with his cows, thieving monkeys and more. Every scene is too much to take in, too much to be described in words and too much for any camera lens to capture. It must be experienced raw. • 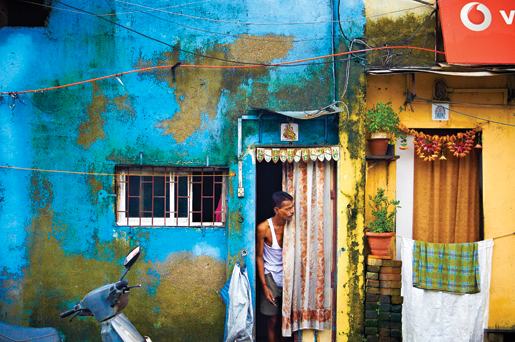