Iceland, the land of fire and ice, and the new ‘it’ destination for savvy travellers, features many mystical landscapes, and for first time visitors, it can be hard to narrow down the magical ‘must-sees.’

Award-winning travel operator On The Go Tours, which specialises in locally-led group tours and tailor made holidays, has narrowed down the top eight spots for an ideal Icelandic adventure. 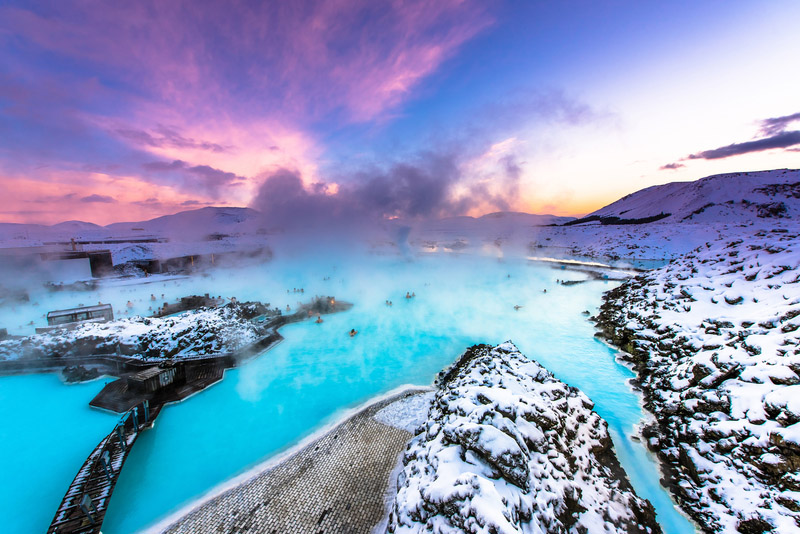 Situated in a desolate lava field a short distance from Reykjavik, the man-made Blue Lagoon is Iceland’s most visited attraction.
Visitors flock here to bathe in the warm, therapeutic waters, believed to aid all kinds of ailments from psoriasis to arthritis, and enjoy the excellent spa facilities that encompass a bar, restaurant and cafe.

Top Tip – There is unlimited free silica mud so give your skin a treat – swim up to the buckets located at the edge of the lagoon, grab a scoop of mud and give yourself a facial. 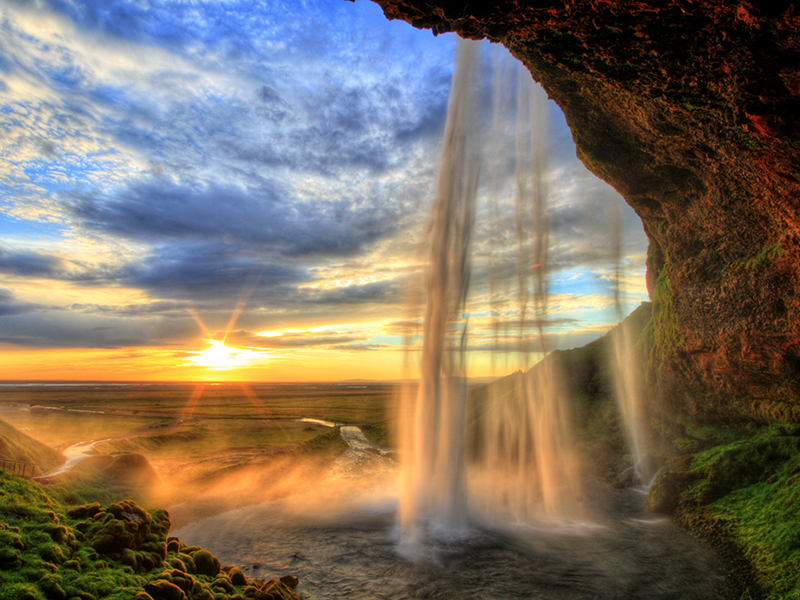 Seljalandsfoss Waterfall, situated along the Sealants River, is one of Iceland’s most beautiful and unique waterfalls.
The waterfall plummets 40 meters over a cliff face and due to the shape of the cliff it runs over, visitors can walk behind the chute via a footpath at the base of the falls.

Top Tip – If you intend to walk behind the waterfall bring a good rain jacket as you won’t escape getting splashed!

Legend has it that a Viking named Thrasi hid his hoarded gold under the falls, and visitors still look for it.
At 25 meters wide and 60 meters tall, Skógafoss waterfall is one of the biggest waterfalls in the country, and was also the location of the home of the Gods in the movie Thor: The Dark World. In more recent times, the park in which Skógafoss is situated, Eyjafjallajökull, became a global phenomenon as it was the birthplace of the ash cloud which stopped air travel in 2010.

Top Tip – There is a walkway which contains 370 steps that will take you to the top of the waterfall, and whilst it seems like a lot of effort the view is well worth it.

4. The Bridge Between Continents 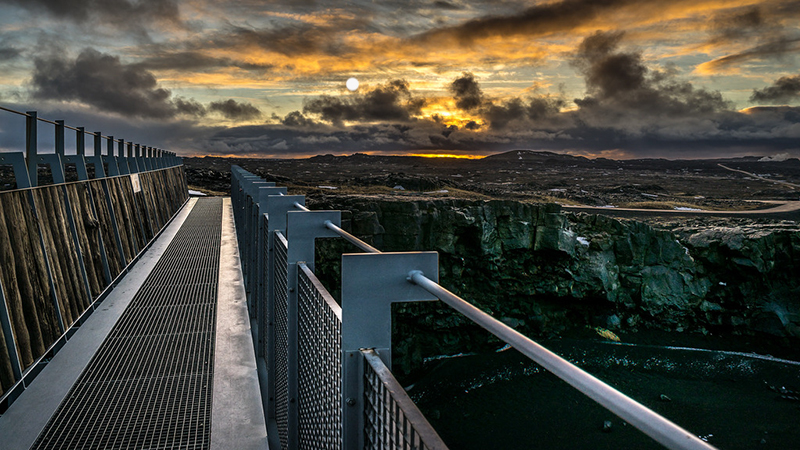 Straddling the tectonic plates of two continents, the Reykjavik Peninsula is home to the ‘Bridge Between Continents’.

Here you can walk over the bridge and have a foot in each continent at the same time.  At the end of a walk get a certificate which confirms you have crossed the ‘Bridge Between Continents’. Aside from the bridge, this peninsula is home to some spectacular scenery and history so it is well worth exploring.

Top Tip – Although the Reykjavik Peninsula is home to the famous Blue Lagoon, another incredible swimming spot is the Brimketill lava rock pool which is a natural rock pool carved out in the cliffs above the sea. 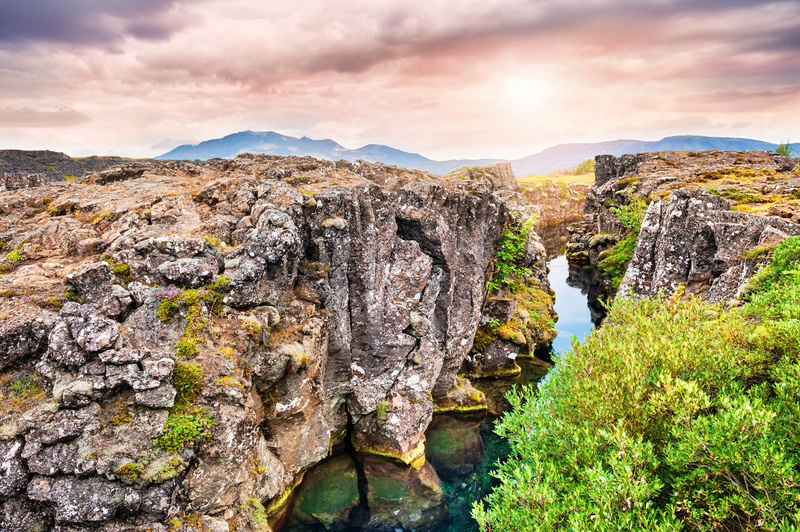 This is the birthplace of the nation, a national shrine to Iceland which features the oldest existing parliament in the world, first assembled here in 930 AD.
Aside from the history, this UNESCO World Heritage Site is renowned for its beautiful scenery with waterfalls, rivers, and a canyon which has formed between two tectonic plates.

Top Tip – For a unique diving experience, you can scuba dive in two submerged rifts in the national park, Silfra and Davíðsgjá. Silfra is one of the best spots for diving in Iceland due to its incredible visibility and fascinating terrain. 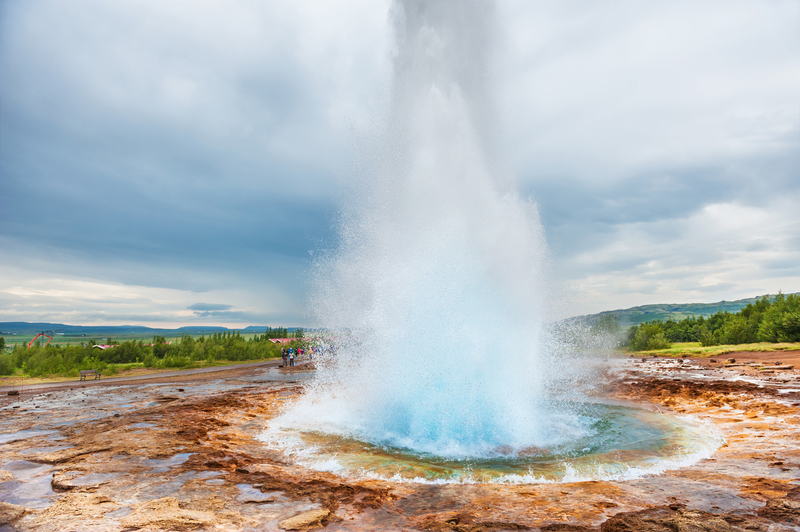 A great photo spot, the Haukadalur Geothermal Fields are a fascinating sight with the Strokkur Geyser aka ‘The Churn” erupting every five to 10 minutes, creating the perfect ‘kodak moment’.
The geyser area is shrouded in mist coming out of the boiling pools (not swimmable), giving off an air of mystery.

Top Tip – Forget ‘smashed avo’ with a poached egg, at the local restaurant you can try geothermally boiled eggs with local herring, polished off with (nearly frozen) Geysir Schnapps. 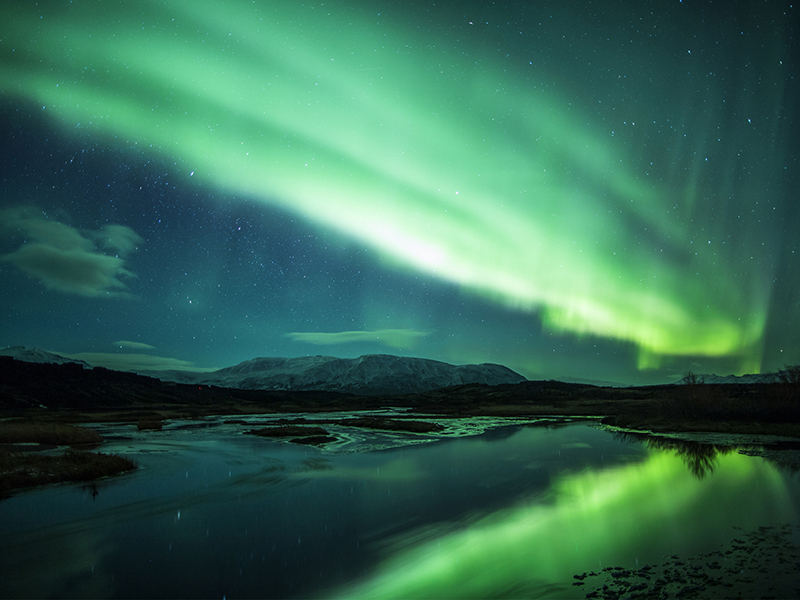 This spectacular display of lights, known as the Aurora Borealis, is visible in winter months and is spectacular on land, in a hot tub or on a cruise.
There are many incredible vantage points to see the lights across the country, a particularly magical one is the sandy beach at Vík or in Vatnajökull National Park which has perfect conditions for sightings.

Top Tip – Whilst Iceland is blessed with regular Northern Lights activity in winter, some of which can even be seen from the edges of the capital, it is best to ensure you have at least five days to increase your chances of seeing them. 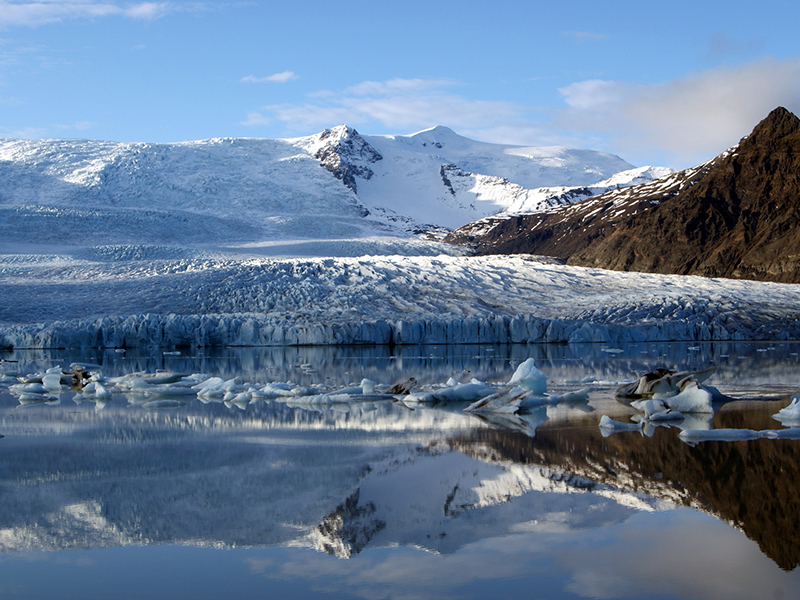 Vatnajokull National Park encompasses a large area, eight percent of Iceland, and spreads into many regions including the south west.
Its claim to fame is that it is the largest ice cap in Iceland and the third largest glacier in Europe. It has an ‘other worldly’ feel to it which might explain why it was used as a filming location for Interstellar and Game of Thrones. There is so much to see and do from hiking the glacier to exploring an ice cave. However, it should be done on a tour or with an expert as entry to the park is 4×4 only and equipment is needed for hikes.

Top Tip – Forget Evian, you can drink the purest mineral water from the crystal-clear streams that run through the glacier, but if you have more acquired vintage tastes you can try 1,000-year-old ice!