In the minds of locals and travellers alike, Hurtigruten and Norway go hand-in-hand. That’s why a Hurtigruten Norway cruise feels so uniquely connected to the landscape and culture.

Hurtigruten are the experts when it comes to Norwegian waters, calling them home for more than 128 years. Yet Hurtigruten’s significance in Norway goes beyond their extensive knowledge of this part of the world.

It encompasses the company’s long and fascinating history; its continued importance in the lives of the local people and their way of life; and the many incredible journeys it offers travellers wanting to get to know the heart and soul of this stunning coastline, come summer or winter.

The history of Hurtigruten

In the late 19th century, the coastline from Bergen to Kirkenes was a busy route. From steamers to single-sailed jakts, all types of vessels transported goods and people. However, services were unreliable, infrequent and rarely sailed at night. This meant the journey from north to south was often a long and arduous one.

Wanting to improve the situation, authorities invited shipping companies to submit tenders to operate an express route between Trondheim and Tromsø or Hammerfest. At the time, there were only 28 lighthouses north of Trondheim. Despite these risky nighttime conditions, the owner of a newly formed company showed an interest in the route.

His name? Richard With, a captain from Stokmarknes in northern Norway. In 1893, the steamer DS Vesteraalen was brought into service along the coast of Norway, and a regular sea link was established. Offering weekly departures at first from Trondheim to Hammerfest and later from Bergen to Kirkenes.

The connection was named “hurtigruten” – “the fast route”.

Book the spectacular Norway Coastal Express or Hurtigruten Norway tours and earn from $300 per cabin up to $1500* per cabin On Board Credit (OBC).

All along the Norwegian coast, people share a lifelong connection with Hurtigruten and its fleet of ships.

“The Hurtigruten Coastal Express and I, we go way back,” Norwegian Ronald Aas says. “My first trip onboard was the journey home from the hospital in Tromsø after my mother gave birth to me”.

Ronald isn’t alone in his experience either. For many Norwegian people, their first voyage was onboard one of Hurtigruten’s ships. It’s a testament to how important Hurtigruten is to the Norwegian people and why travellers often feel like this cruise really connects with the locals.

As stunning as the scenery is, Norway’s unique geography makes travelling by land complicated. Sailing is the more convenient option.

“Even in stormy weather, the sea is still the safer route,” Ronald says. “The Coastal Express ships are sometimes our only highway home, and act as a literal lifeline for some of the more hard-to-access communities.”

“Growing up here, we would see the ships every day, in all kinds of weather, in all seasons. They were just always there, always reliable, always working hard to bring us mail, supplies, and all sorts of new goods. They were like faithful friends or family relatives.”

“They were our connection to the wider world, bringing friends from afar or family from a few ports away.”

“For all of us living up in the Arctic, the red, white, and black colours of the ships were always a welcome sight. It meant that maybe a loved one was visiting – a girlfriend, a grandma, cousins, a favourite uncle.”

Ronald is now a Shore Excursion Coordinator for Hurtigruten Norway.

Today, Hurtigruten’s seven coastal ships still carry freight and guests along the coast of Norway to 34 daily ports of call. It now has several itineraries outside of the ‘Classic Voyage’ in the Land of the Fjords. One of the company’s ships departs Bergen heading north to Kirkenes every single day.

The cruise line had expanded operations to Iceland, Greenland, Africa, the Galapagos, the Arctic and Antarctica under sister brand Hurtigruten Expeditions. But still keeps that same sense of connection, culture and community that was founded in Norway.

In 2018, Hurtigruten celebrated 125 years. They commemorated the occasion with this video, The Story of Hurtigruten.

Moreover, Hurtigruten prides itself on using first-class products from local suppliers. Some examples include gelato from Arkt-is Ice Cream, eggs from Andvik Poultry Farm, plant-based food and meat alternatives from Flowfood, klippsk (dried, salted cod) from Dybvik Bacalao and jam from Molta Farm, among many others.

Not only is Hurtigruten supporting local business, but this gives onboard guests to get a taste of local life. Come breakfast, lunch and dinner, dishes can range from lamb from Geiranger and king crab from the Barents Sea to cod from Lofoten reindeer from Finnmark.

Chasing the Northern Lights in Norway

Of course one of the biggest reasons to book a Hurtigruten Norway cruise is the chance to see the incredible Aurora Borealis.

Nestled between latitudes of 60 and 75 degrees (aka the ‘aurora zone’) and far from city glare, the Norwegian coastline has few peers when it comes to chasing the Northern Lights.

Come winter, lucky stargazers can witness anything from the entire dome of the night sky becoming awash in colourful cascades of green, yellow and blue, to an ethereal scarlet glow resting timidly on the horizon, before disappearing in the space of a blink.

Not to mention the scenery in this part of the country, which is some of the most spectacular on Earth. Think magnificent fjords tumbling down into midnight-blue waters, punctuated by countless waterfalls and glaciers.

For the best chance of seeing this celestial scene with your own eyes, joining a Hurtigruten ‘Follow the Lights’ tour is a no-brainer. Not only does the company have 128 years of experience under its belt, but they offer a Northern Lights Promise. This means if the Northern Lights don’t appear during your cruise, receive a six- or seven-day ‘Classic Voyage’ free of charge.

Through the warmer months, visitors to Norway can experience the glorious Midnight Sun. The days are long and balmy. And if you head north of the Arctic Circle, they never end, with the sun resting on the horizon throughout the ‘night’.

This is also the ideal time of year to enjoy all the active pursuits on offer. Adventure tourism in Norway is very much at the forefront, from world-class hiking and white water rafting to cycling, caving and wildlife spotting.

If you can’t decide which time of the year to plan your journey, read Hurtigruten’s season guide here. The on-board activities, the waters sailed in, restaurant menus and shore excursions change come spring, summer, autumn or winter. These well-rounded itineraries cater to specific interests.

No matter which season, or which cruise you choose, you can expect a Hurtigruten Norway cruise to give you a unique insight into local lives because this cruise company really is part of the community.

This article was produced in partnership with Hurtigruten. 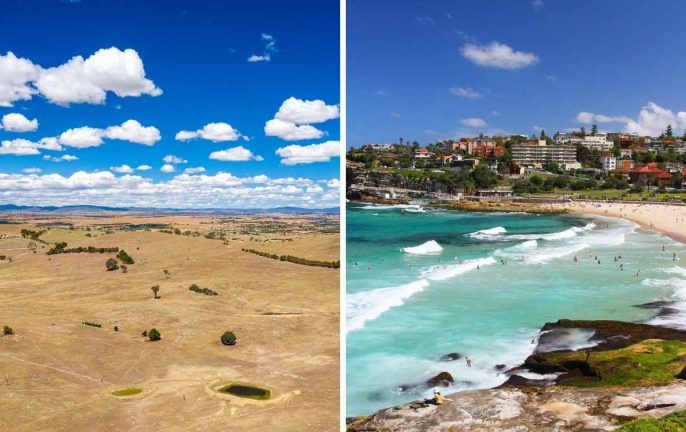