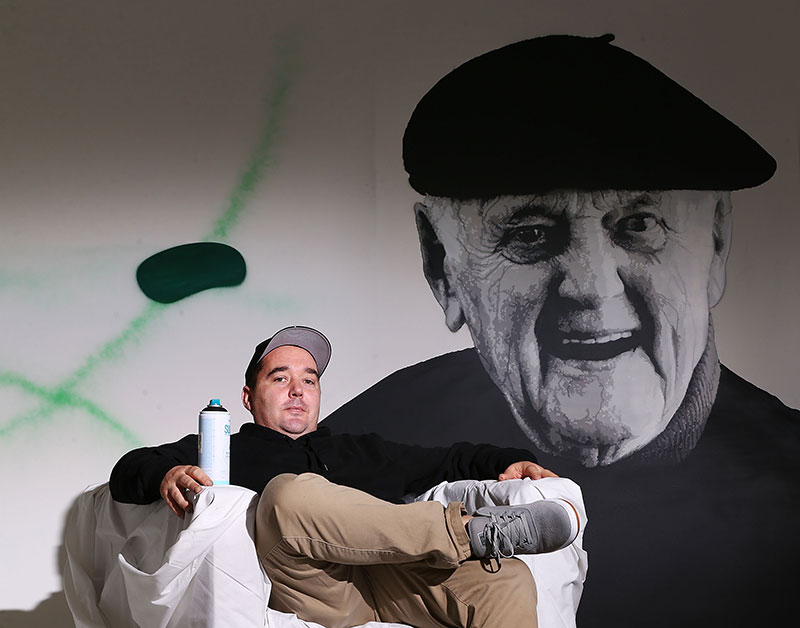 Guests staying at three of Australia’s Art Series Hotels are being asked to acquaint themselves with a spray gun and blast a white-washed wall with paint. The amateur artists are given just two minutes to add to the ever-evolving murals created by Australian stencil artist Luke Cornish (aka ELK), which the hotel has claimed as ‘an Australian-first’.

Revealing portraits
Cornish kicked off the campaign with the unveiling of a portrait at The Olsen, South Yarra this week. Cornish says he was thrilled to collaborate with the public on the participatory art project that aims to transform white-washed rooms at The Blackman, The Johnson and The Olsen hotels. “The beauty of this project is that those who participate don’t need to be talented or have experience because the chaos of the piece is what is beautiful about it. Everyone adding to the piece and layering up, layering up is the effect we want. That’s what’s beautiful,” says Cornish.

“There is no curation or control of how those involved paint or what they paint. So there is freedom and expression behind it, which is much better than if I was overseeing it and telling them what to do. It’s organised chaos,” he says. 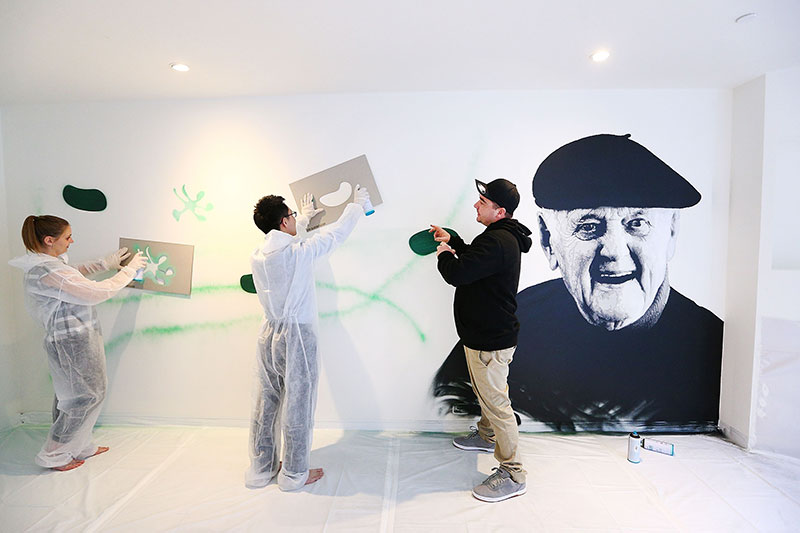 ELK aligns with brand
Canberra-born Cornish is the first street artist to become an Archibald finalist. The self-taught stencil artist left his job as a builder’s labourer in 2010 after winning the Australian Stencil Art Award in 2010. “I never studied art; it was always something I did on the side. People started to take notice when I got into the Archibald in 2012 with my portrait [of Father Bob Maguire’]. Another milestone was having the National Portrait Gallery hang my portrait of former prime minister Bob Hawke,” he says.

ELK says he was thrilled to be part of the latest campaign launched by Art Series Hotels as the boutique accommodation brand takes all of its inspiration from contemporary Australian artists.
“Any project that aims to raise the profile of stencil art and do so in a positive light is beneficial to the movement. Being associated with the Art Series Hotel brand, which does so much in the way of promoting the arts, is wonderful,” says ELK. 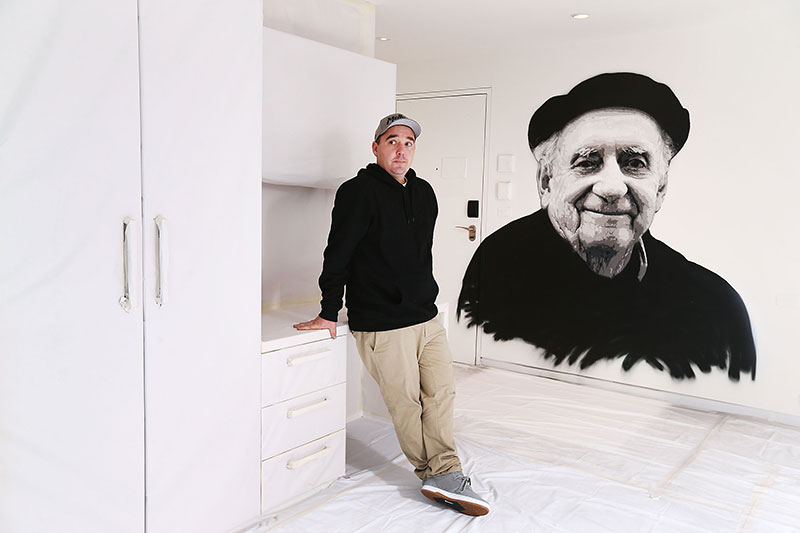 Art the inspiration
Ryan Tuckerman, director of marketing, Art Series Hotels, says the brand knew it had to back up it’s No Robe Campaign with something strong. “We see this campaign as calling on people’s creativity in a non-intrusive way. We are allowing people to add to this artwork by providing stencils and spray paint and inviting them to colour the walls,” says Tuckerman.

“The whole philosophy behind the hotels is that each one is dedicated to an artist. The artwork led by ELK pays tribute to that artist and homage to the namesake artist. We hope our guests take some of that inspiration with them when they check out,” he says. 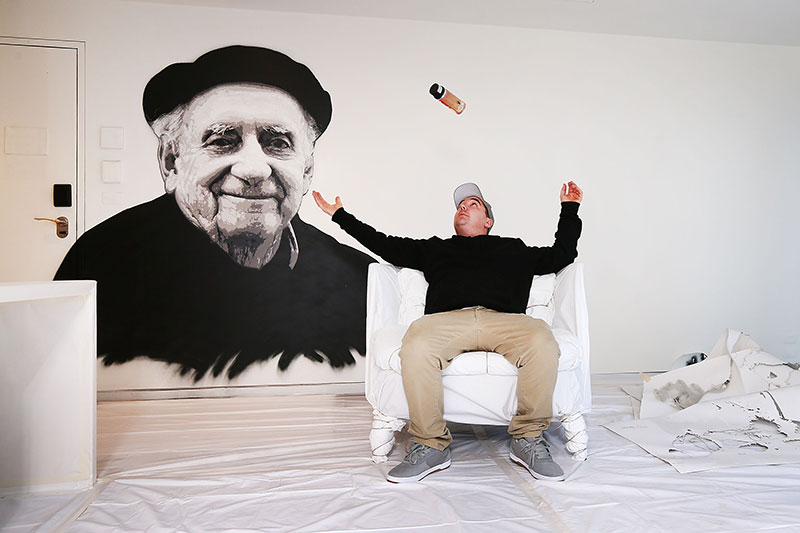 Collective canvas
The participatory artwork aims to transform white-washed rooms at The Blackman, The Johnson and The Olsen hotels into a collective canvas for the project, which will run until December 30.
Famed for its edgy campaigns inspired by the latest trends in art and travel, the three properties engaging in the Colour Your Stay campaign will rely on guests to help create the ever-evolving abstract murals.

The art project follows the award-winning No Robe campaign, which invited Art Series guests to get naked and strike a pose and the Steal Banksy scheme, which encouraged art theft.
Cornish will create a portrait of each hotels’ namesake artist in his style and then call on guests to help complete it.