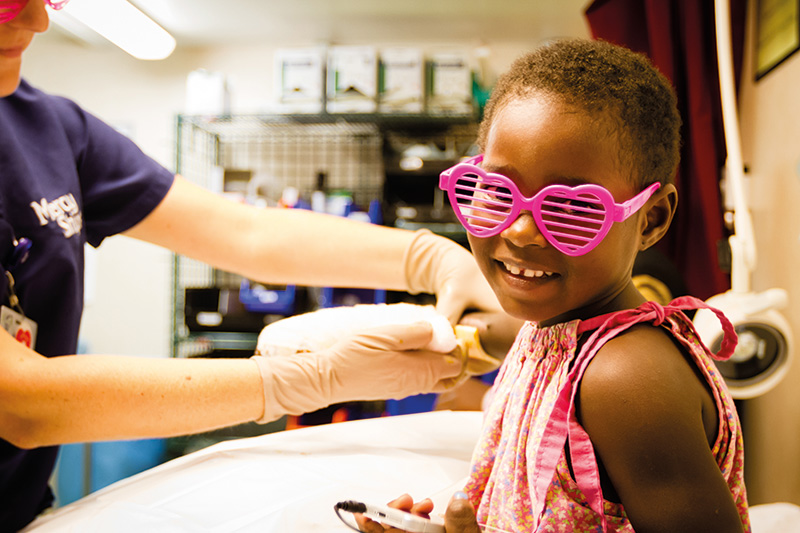 For over 37 years, Mercy Ships has transformed the lives of more than 2.5 million people in the least developed countries, thanks to surgeons, nurses and other staff from all over the world who volunteer their services. This unique medical hospital ship provides free world class treatment and health care to some of the poorest people in the developing world.

Currently on board is the Forrest family from Tathra on the far South Coast of New South Wales – dad David is the principal of the on-board school, teaching the children of the volunteers, mum Justine photographs the incredible journeys of the patients, and their two children – Charlotte, aged 14 and Annabelle, aged 17 – both attend school and help out around the ship. A third daughter, Chloe, attends university in Australia. This is their story. 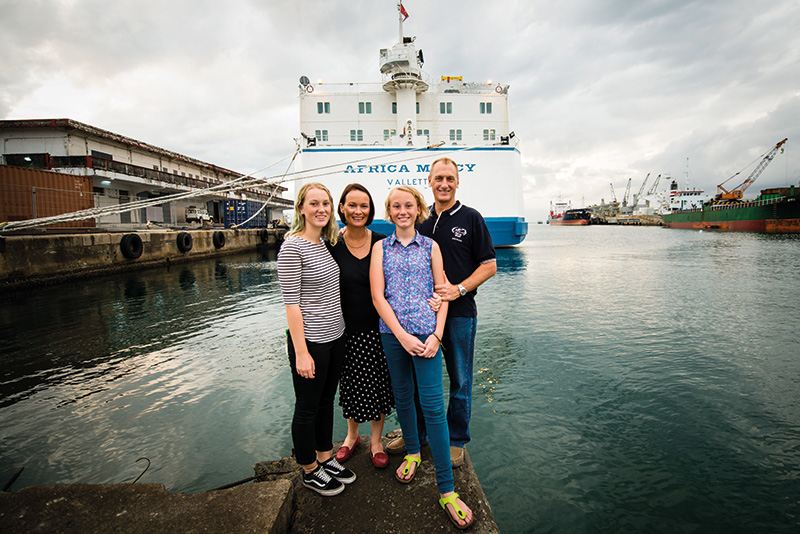 “We heard about Mercy Ships from our friend Dr AJ Collins, also from Tathra, who has been volunteering on the ship for nearly 10 years. He visits for three to four weeks every year. I have watched him come and go in that time and was keen to get involved somehow. But how could a teacher help on a hospital ship? Then he told me about the school on board (Mercy Ships Academy) for long-term volunteer families.

As a teacher at Sapphire Coast Anglican College for 14 years, I had always encouraged students to step out and follow a path in life where “people are more important than things”. Australian culture can sometimes be all about getting more for ‘me’; more real estate, more toys, more cars, more things. There is another way. We can freely give and make a difference to other people and receive a richness greater than money, fun and things.

So we applied and were offered positions on board for three years. We accepted and just had faith that we could raise the money to last that long, as we couldn’t do it on our own savings, even after we sold all our furniture and cars. Our local church raised some money for us and we have some supporters in the USA and in Australia.

My role is Principal of the Mercy Ships Academy which has 13 teachers looking after between 40 and 70 students who attend the school, aged from 1 to 18 years old. They are the children of the volunteers on board. Justine is a photographer and she documents the patients before, during and after surgery. She gets to interact daily with the patients and has become quite proficient in speaking Malagasy in the process. I love heading to the hospital ward with Justine after school and building relationships with patients. Once they leave the ship we also follow up with them as they recover.

We have spent the best part of two years here in Madagascar – it’s one of the poorest countries in the world with almost 80 per cent living in poverty. Access to healthcare is an issue, particularly in remote areas and even if healthcare is available it is unaffordable. We had one patient that didn’t fill a prescription due to the closest pharmacy being seven hours away! Patients will often take days to get to the ship, taking a variety of transport modes to get here. Walking, zebu wagon, taxi-brousse.

One special patient, Sambany, had a massive 7.6 kg tumour on his face and was so sick that five villagers carried him for two days on foot to the closest road to get a taxi-brousse. Sambany was told he could die during the complicated ten-hour operation. He said “I am already dead so let’s take the chance.” Seeing tangible hope come back into his eyes after the operation and watching him gain strength and confidence moved many of us to tears.

Justine was touched by Paulinah’s case – a very young baby with a tumour. Justine was one of the group that travelled for 16 hours – by car, canoe, then on foot – to take Paulinah and her mum home. The whole village came out to farewell the group when they left – giving coconuts and a live chicken as a thank you. Fanjakely is another that tugged at our heartstring – she was an obstetric fistula patient, and then there’s Sasimeny, a young girl who travelled from a tiny village in the south of Madagascar with her brother as her caregiver. She had plastic surgery on a nasty burn on her arm and was here for four months. Her little face would light up whenever she saw Justine and her brother was so kind and beautiful with her.

Seeing the physical transformations was incredible, but even more touching was the way the patients changed on the inside. They felt loved and that they mattered. You can see the difference in their eyes.
These are just some of our ‘Mercy Moments’, which brings me back to my belief that people are more important than things. 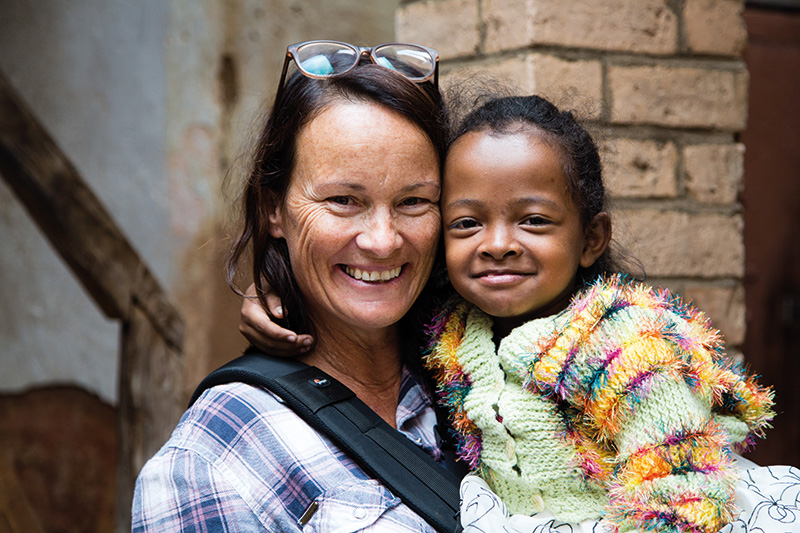 COME ABOARD MERCY TRIPS
Mercy Ships is on the way to Cotonou, Republic of Benin, where we will be for 10-months from September making more ‘Mercy Moments’. The ship has many positions where people can help. Some are long term, some are short term. But many professions and trades are needed on the ship apart from nurses, surgeons, dentists, ophthalmologists, physios, x ray, bio-med technicians and other medical staff. The ship also needs engineers, marine officers and deck hands, electricians, carpenters, plumbers, hospitality, cooks and galley staff. We have a media liaison and various communications positions such as videographers, writers and photographers. We have receptionists, HR professionals, car mechanics, chaplains, a hair dresser and of course teachers. All positions are voluntary and you will need to support yourself. Mercy Ships does give advice on this on the website.

If you can’t volunteer, you can donate to Mercy Ships on the website. To follow my family’s journey, read our Light On in Africa blog.”