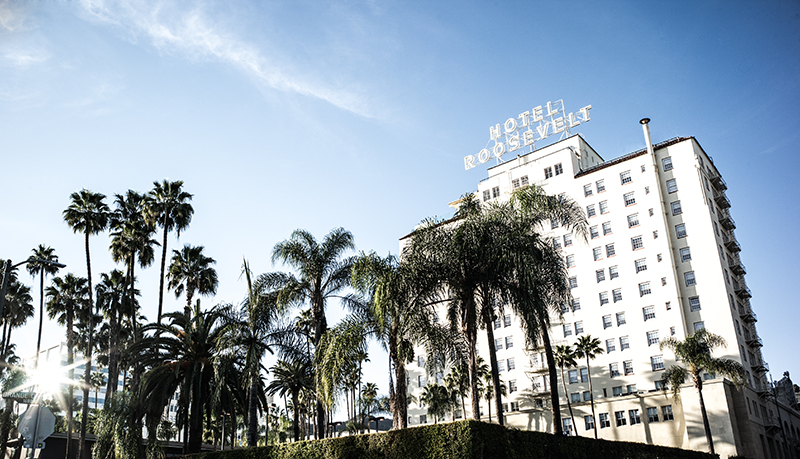 Marilyn Monroe lived there, Shirley Temple learnt to tap dance on the ornate staircase and the first Academy Awards was staged in the Blossom Ballroom in record time – 13 statuettes were handed out in six minutes.

The iconic 300-room Hollywood Roosevelt that’s celebrating its 90th anniversary this year, is more Hollywood than Hollywood, with its rich history and is a great place for celebrity watching.

Step through the doors and you are immersed in glamour and style of Hollywood’s Golden Age, whether you take a dip in the pool where acclaimed artist David Hockney painted his last underwater mural valued at US$1 million or sip a strawberry and peanut butter salted milkshake from the 25 Degrees diner– named after the precise temperature difference between a raw and well-done hamburger. 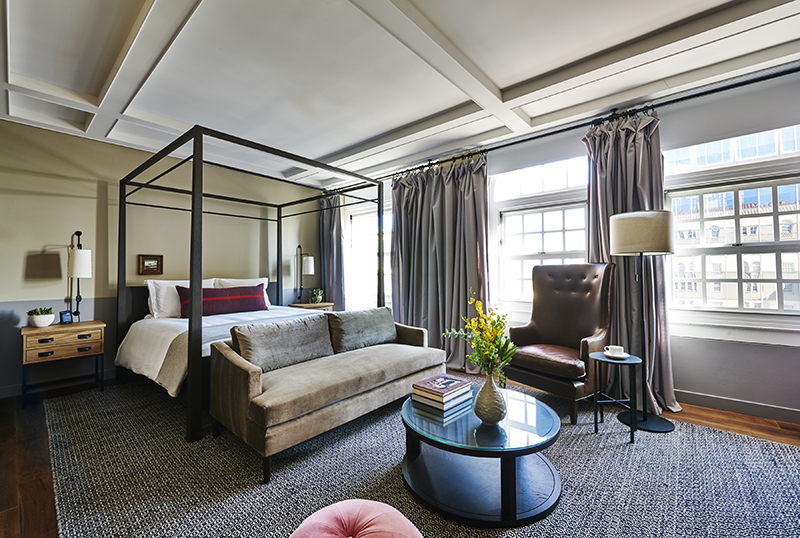 Following a US$25 million guestroom renovation from the design team at Yabu Pushelberg, the 250 Tower rooms are a haven with a mix of Spanish colonial and bohemian-inspired décor, replicated lamps and prints from the 1920s and all the comforts. Limitless credit card? Book the Gable and Lombard Penthouse Suite – a plush three level bolthole with great views over Hollywood.

The hotel is a destination in itself and you leave wishing if only those walls could talk.