The little craft skipped across the water like a lazy stone tossed by a young giant. In the back, a massive fan propelled us along on a cushion of air, while inside the cabin it was remarkably quiet, just an earnest buzz from the little diesel engine driving the whole shebang.

“We can get her up to 35 knots,” Skipper Steve tells me, a trace of his Louisiana drawl still lingering despite years driving boats in Alaska. “Steering takes a bit of practice though.”

Steve’s right foot is not on an accelerator, just a big brake pedal, that slows the little craft just enough to allow him to drift it around corners.

I’m aboard Allen Marine Tours’ tiny six-person hovercraft operating shore excursions for Holland America out of Juneau. We skim across the water, mudflats and grassland as if it were nothing, all the way to the foot of the massive 56-kilometre long Taku Glacier. We get out for a stroll along the foot of the glacier in among the moraine – an accumulation of rock and gravel debris ‘bulldozed’ along the valley floor. Yes, the massive Taku Glacier is one of the few in the world still advancing. 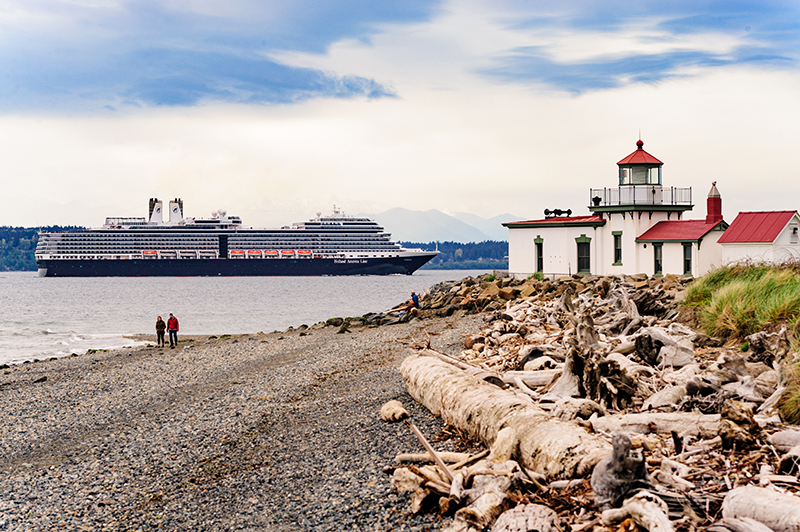 Such are the options available to cruise guests nowadays in Alaska. Add helicopter flightseeing, floatplane adventures, dog-sledding, salmon fishing and sea kayaking and you have some idea of the scope of activity laid out for you when choosing what to do when in port.

Cruise tourism has been a feature of Alaska for around 100 years when the early steamships carried freight, ore and passengers along the sheltered waterways of the Inside Passage. Could these pioneers have foreseen such dramatic advancement in both technology and numbers? One man did.

Alaska in 1947 was a very different place with a population of barely 100,000. This remote, but resource-rich territory was bought from the Russians in 1867 for two cents per acre and only became a US state (the 49th) in 1959. Until the discovery of oil in 1968, most of Alaska’s economy depended on timber, fishing and the occasional gold rush. Tourism, although popular, was a mere fraction.

It’s no coincidence that even the earliest of cruise brochures feature luxurious ships meandering past massive glaciers thrusting out into the sea. It’s these incredible constructions of nature that continue to draw travellers to gaze in awe at the towering ice faces that seem to emerge miraculously from the frigid depths. 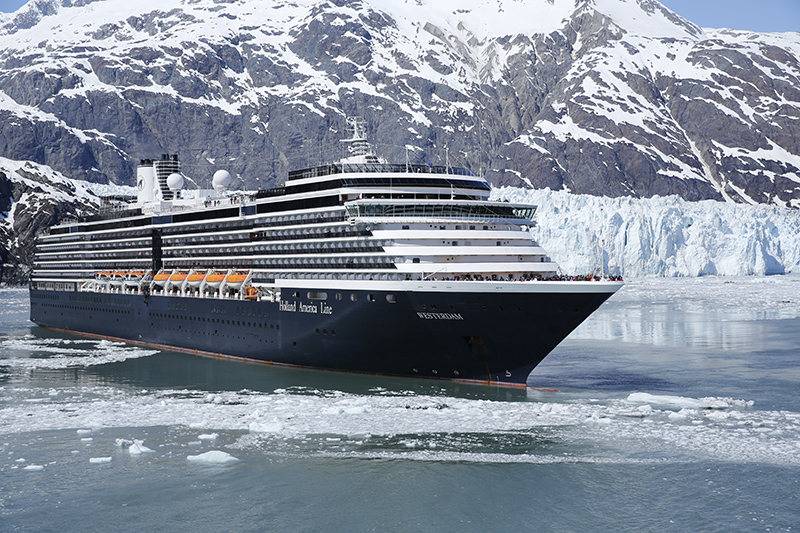 Back in the day, a typical cruise was aboard the Chilcotin, first sailing in May 1947 on 10-day voyages to Skagway via the Gardner Canal with calls at Prince Rupert, Ketchikan, and Juneau.

Fares were up to $375, which included nightly motion pictures and the services of a cruise director and hostess who oversaw recreational programs such as shore excursions on the White Pass & Yukon Route railway from Skagway into the Yukon Territory. 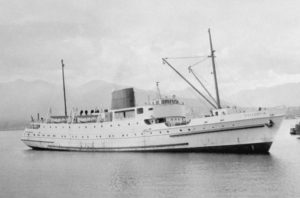 West grew his business, now called Westours, in line with the rapid growth in population of the second newest state, but economic pressure and global forces beyond his control forced him to find investors to keep the company he had built from liquidation. Holland America Line (HAL) bought West’s cruise and tour business in 1971.

HAL proceeded to ramp up operations in Alaska and moved in their newest ship, the Prinsendam (350 passengers), followed by Veendam, Statendam (880 passengers each) and the flagship Rotterdam (1,500 passengers). These high capacity ships quickly changed the nature of cruising and tourism in Alaska.

Fast forward to 2017 and here I am aboard one of HAL’s newer vessels, the 2,100-passenger, Eurodam, sailing the popular seven-day round trip from Seattle. Entering service in 2008, this Signature-class cruise ship is one of six similar vessels operated by HAL in Alaska this year.

As the cruise line with the most ships, HAL alone brings more visitors to Alaska than any other means. Each visitor spends nearly US$1,000 contributing more than $2.42 billion annually and generating 38,700 jobs. Tourism – and particularly cruising – is now big business in Alaska. 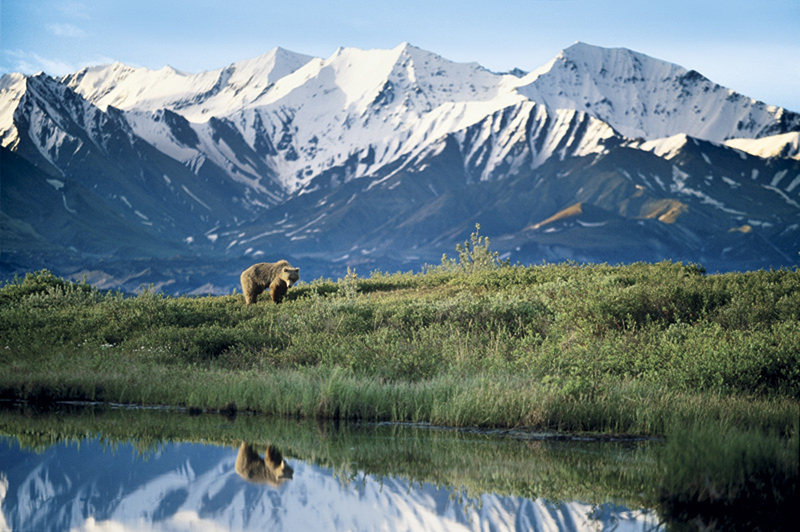 If ever I needed a reminder of the exponential growth in cruise tourism in Alaska, it is when I board Eurodam in the state’s capital, Juneau. Since my last visit in 2012, a new wharf has appeared. Nostalgically christened the Alaska Steamship Dock, it boosts the city’s capacity from five ships to seven and in port today beside us are HAL’s sister ships, Nieuw Amsterdam, Ruby Princess and Celebrity Solstice.

With around 2,000 people from each ship, plus crew, wandering the streets and coming and going from shore excursions, there’s quite a hustle and bustle along the frontier-style shopping strip. Everything from craft beer, faux fur coats and hats, gemstones and jewellery are being hawked in a style not unlike the enterprising merchants who “mined the miners” in the gold rush days, selling them everything from eggs at a dollar apiece to gold-sniffing gophers.

Despite the added attention, Alaska has remained modest, her vast forests of hemlock, cedar and spruce still stand tall, her wildlife continues to flourish, her great glaciers maintain their majesty and her guests always depart awed and humbled. •

Cruising
Holland America offers more options than any other cruise line with popular choices being either the seven-day roundtrip or one way from either Seattle or Vancouver. hollandamerica.com

When to go
The Alaska cruise season runs annually from May to September. Mid-season offers the best weather prospects, but more crowds.

What do in Seattle
Seattle, the capital of the US state of Washington, is fast becoming the choice jumping-off point for cruises departing to Alaska. With many attractions so close to the wharf like the famous, 110-year-old Pike Place Market, aquarium and Great Wheel, the city is gaining a solid reputation with visiting Australians. If you are staying an extra day or two, be sure to visit:
• Seattle Art Museum
• Space Needle (ride the vintage monorail)
• Chihuly Garden and Glass
• Museum of Pop Culture (MoPOP)
• Boeing Museum and factory tour
• The Museum of Flight
• Historic Pioneer Square and Underground