“Does anyone like lobster?” I’m nodding almost before the question is completed. And then my host presents the challenge: to eat lobster every day that I am holidaying in the Solomon Islands.

On a six-day visit to the Solomons, I’m ready to take the challenge. And it’s not even a contest. By chance, my three travelling companions are (a) vegetarian (b) allergic to crustaceans and (c) not very keen on seafood.

The gauntlet is thrown down on our first evening in the Solomon Islands, as we contemplate the menu at GG’s Restaurant at the Heritage Park Hotel in Honiara, the capital. Still adjusting to the heat and humidity, we’re in air-conditioned comfort at the poshest restaurant we dine at during the week. 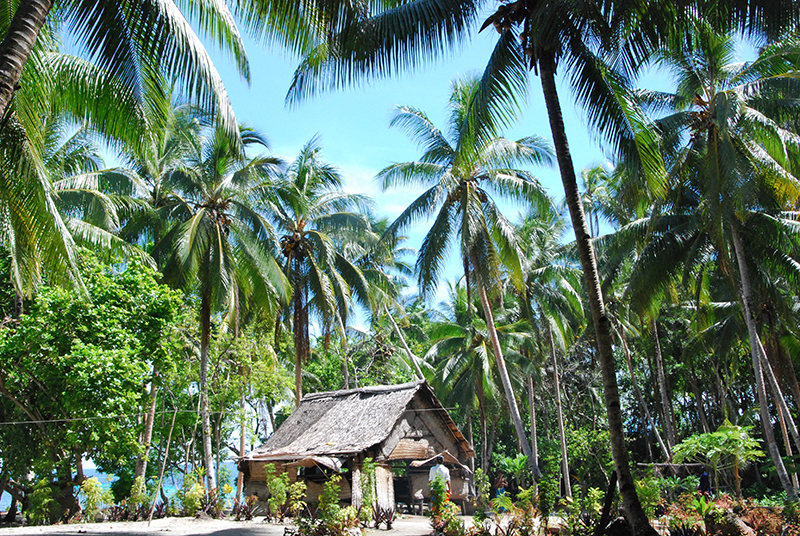 Looking down from the walls are large portraits of the Solomon Islands Governors General (hence the restaurant name), each posed in front of a framed photograph of Queen Elizabeth II, a reminder that the Solomons is part of the British Commonwealth.

I begin my quest for a lobster-filled week by ordering fresh lobster tail, grilled and served with lashings of garlic sauce, kumera (sweet potato) rosti and salad. It’s delicious, and sets me up for sightseeing. It’s worth spending at least a couple of days in Honiara to get a perspective on the history of the Solomons. During World War II, this tranquil archipelago was the scene of some of the fiercest land, sea and air battles in the Pacific.

Iron Bottom Sound, off Honiara, is named for the 42 wrecks that lie there, aircraft and ships that went to a watery grave during and after the war. Many relics of war can be seen on guided tours that are well worth taking. 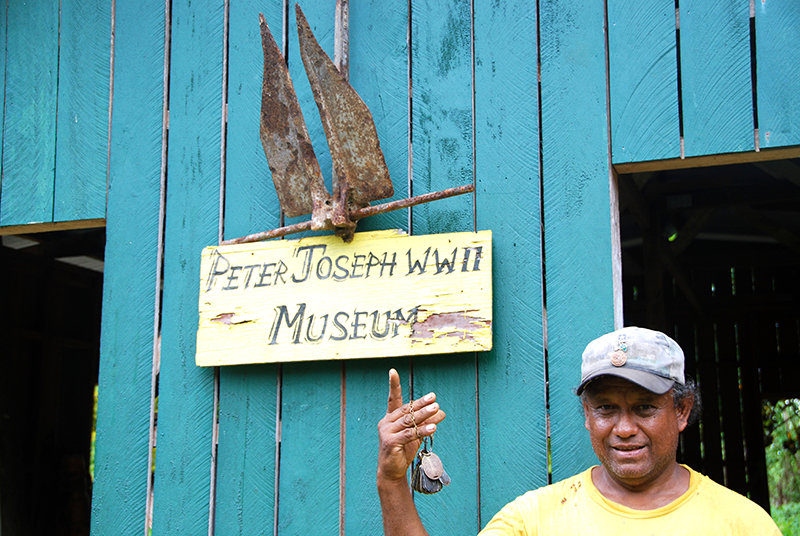 On the hill above Honiara, the Solomon Islands Peace Park Memorial and Guadalcanal American Memorial pay tribute to the Allied Forces soldiers, sailors and airmen who fought seven major naval battles against the Japanese, between August 1942 and February 1943.

Further out of the city is the Vilu War Museum, an open-air display of a vast collection of aircraft, cannons and other war relics, set in beautiful tropical gardens.

But while battlefield tours are a drawcard for some, experiencing “the Sollies” is all about island-hopping.

Leaving the main island of Guadalcanal behind, we fly over turquoise seas scattered with the more than 900 emerald islands that make up the Solomons group. Our second destination is the island of Gizo, in the Vonavona Lagoon. 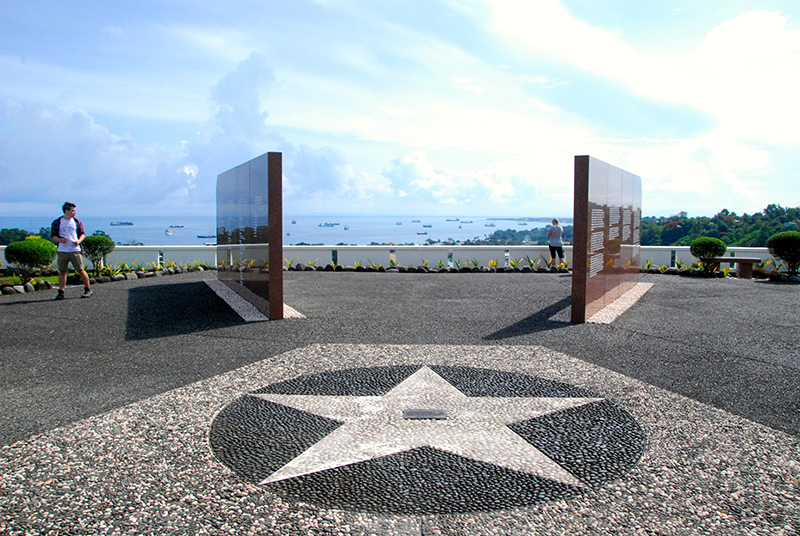 Switching a small plane for a small boat, we stop in for lunch at Sanbis Resort, which has the only over-water pizza oven in the Southern Hemisphere. And yes … there’s lobster pizza on the menu. Here, it’s called crayfish, but for the purpose of my challenge, it’s a lobster by any other name and ticks the box for the day.

But food is the last thing on my mind when we arrive at the laid-back Fatboys Resort on Gizo, where a grass-roofed overwater pavilion serves as reception and a long wooden jetty leads to the scattered bungalows for a full-house of 20 guests. It’s hard to choose between hanging in the hammock on my private verandah, snorkelling with fish and reef sharks in the clear waters around the jetty, or relaxing in the bar looking across the lagoon.

On my second night at Fatboys, I tear my eyes away from the turquoise water and the ever-changing face of the extinct volcano Kolombanga in the distance, to order garlic butter lobster, which arrives served with salad and a couple of rounds of baked kumera. Lobster number three is quickly devoured. 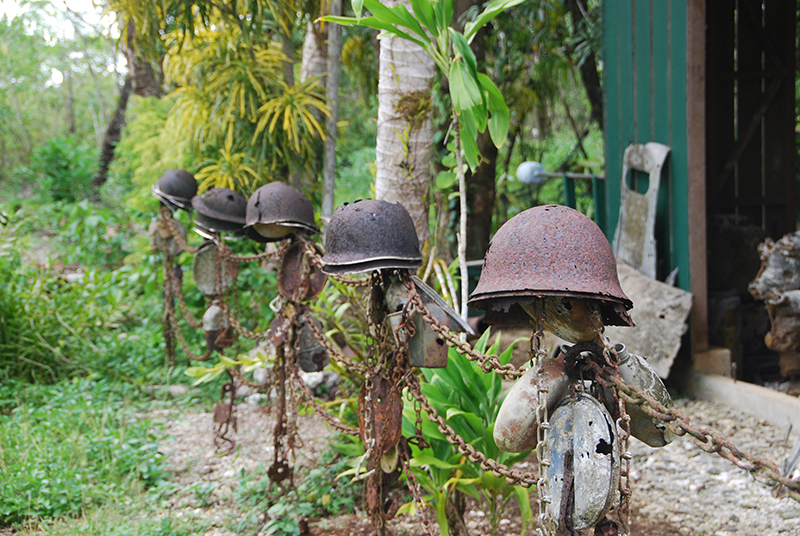 My boat comes in just after breakfast on Sunday morning. Some of the local men have been out fishing overnight, and bring their catch to sell to the resort. Large squid and small lobsters are unloaded onto the jetty as we gather around to watch the process. Selections are made and weighed, prices negotiated with each fisherman and the deal done. One of the kitchen staff, Tori, beams with delight as she staggers under the weight of the purchase. I’m grinning too; you can’t get lobster much fresher than this!

But it’s Sunday, and we’re off to church. Among the best experiences you can have in the Solomon Islands is a village visit, arranged through your accommodation. We take a short boat trip to the village of Babanga to attend Sunday service at the tiny Church of Zion, where we’re warmly welcomed.

Later, we’ve arranged to have lunch on a small island across the lagoon. Kayaks and small inflatable boats are available for Fatboys’ guests to rent, and it’s worth taking one to Kennedy Island, named for the former American president. During World War II, as a naval lieutenant, Jack Kennedy became a hero for saving his crew when their patrol boat was run down by a Japanese destroyer. They came ashore on this uninhabited island, which you can walk around in about 15 minutes. 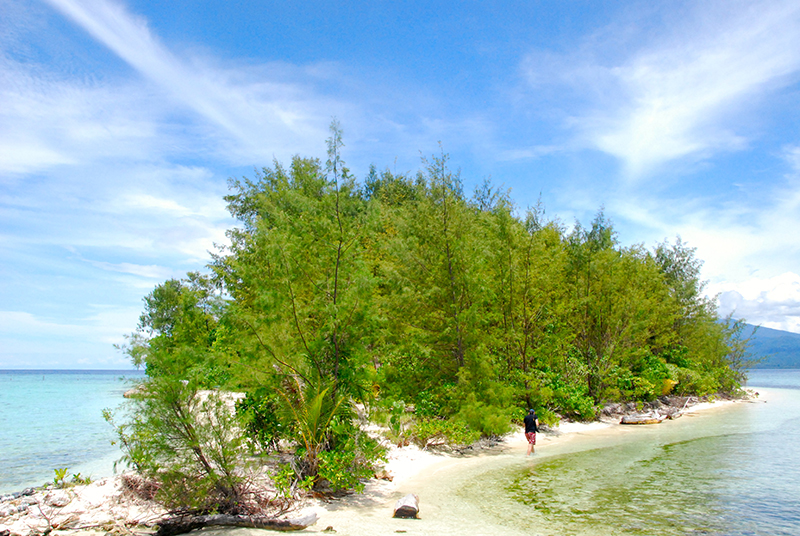 Fatboys’ staff have the barbecue sizzling when we arrive. Dozens of lobsters, small and sweet and quite possibly the best I’ve ever tasted in my life, have been split in half and drizzled with lime and chilli. They’re served on “plates” woven from palm fronds as we waited for them to cook, with sides of kumera and slices of fresh coconut.

There’s other fare, too, for those who are not having lobster, but there are so many lobsters my appetite proves inadequate. So when another couple kayak onto the beach, they are quickly invited to join our picnic and help out with the lobster consumption! 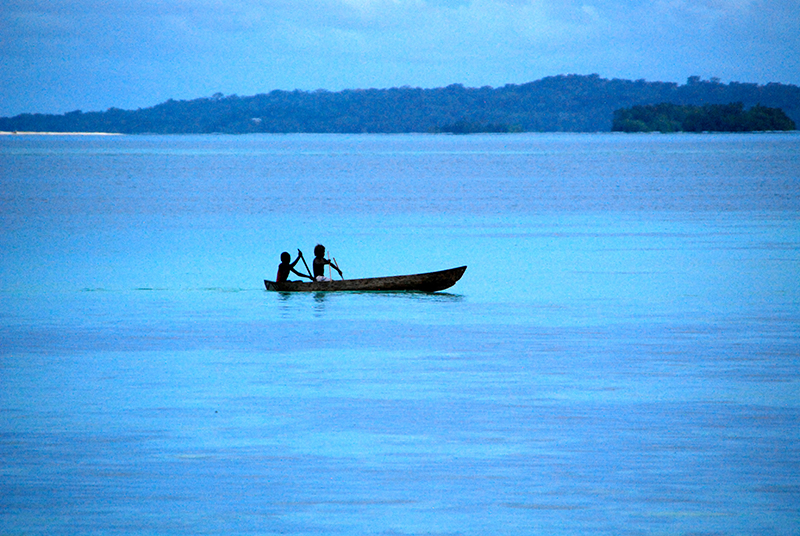 The next day, we’re at Munda on the island of New Georgia, where more war relics are on display at the Peter Joseph World War II Museum in Barney Paulsen’s backyard. The museum is named in honour of the owner of the first dog tag Barney found in the bush surrounding his home. His collection is now heartbreakingly large, and he’s still finding them, along with water bottles, uniform buttons, grenades, cutlery, cigarette holders and more.

The most eye-popping lobster dish of all arrives at our waterfront dinner table at Roviana restaurant at Munda’s Agnes Gateway Hotel. This is the whole shebang, and even my non-lobster-eating friends have their cameras clicking. Like others I’ve had, it’s served in garlic butter, with salad and kumera, but this one also comes with beans, mushrooms and rice. 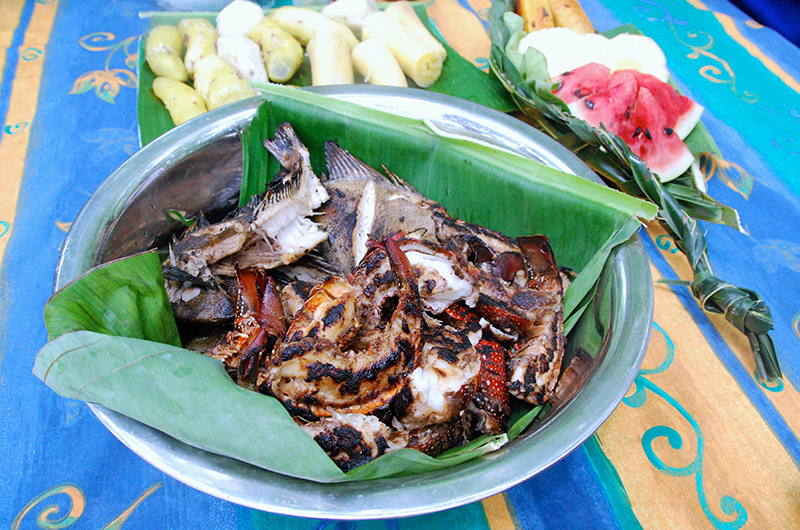 On my last day in the Solomons, I meet the lobster challenge early. Lobster for breakfast? You bet. My crayfish omelette has cheese and onion in it as well, and is served
with two slices of white toast, a slice of fresh pineapple and two chunks of pawpaw.

Challenge completed. I’ve managed to vary my lobster intake each day for six days, eating it in different forms for breakfast, lunch and dinner. Was I sick of it? Not at all … and the memory of that barbecued lobster, practically straight from the water, stays with me. It will take a lot of beating. •

Getting there
Solomon Airlines flies direct from Sydney and Brisbane to Honiara, with connections to various islands including Gizo and New Georgia. flysolomons.com

When to go
From late May until early December, although the best time is the dry winter season between June and mid-September. Temperatures range between 26-32°C year-round, and water temperature is a year-round 28-29°C.

Only a true Aussie travel expert can get 11 out of 11 in this quiz!